Welcome to the very first elimination of Season 2 of Kev & Get It! The contestants have all gathered for the elimination ceremony where they will find out just who the viewers have chosen to send home. 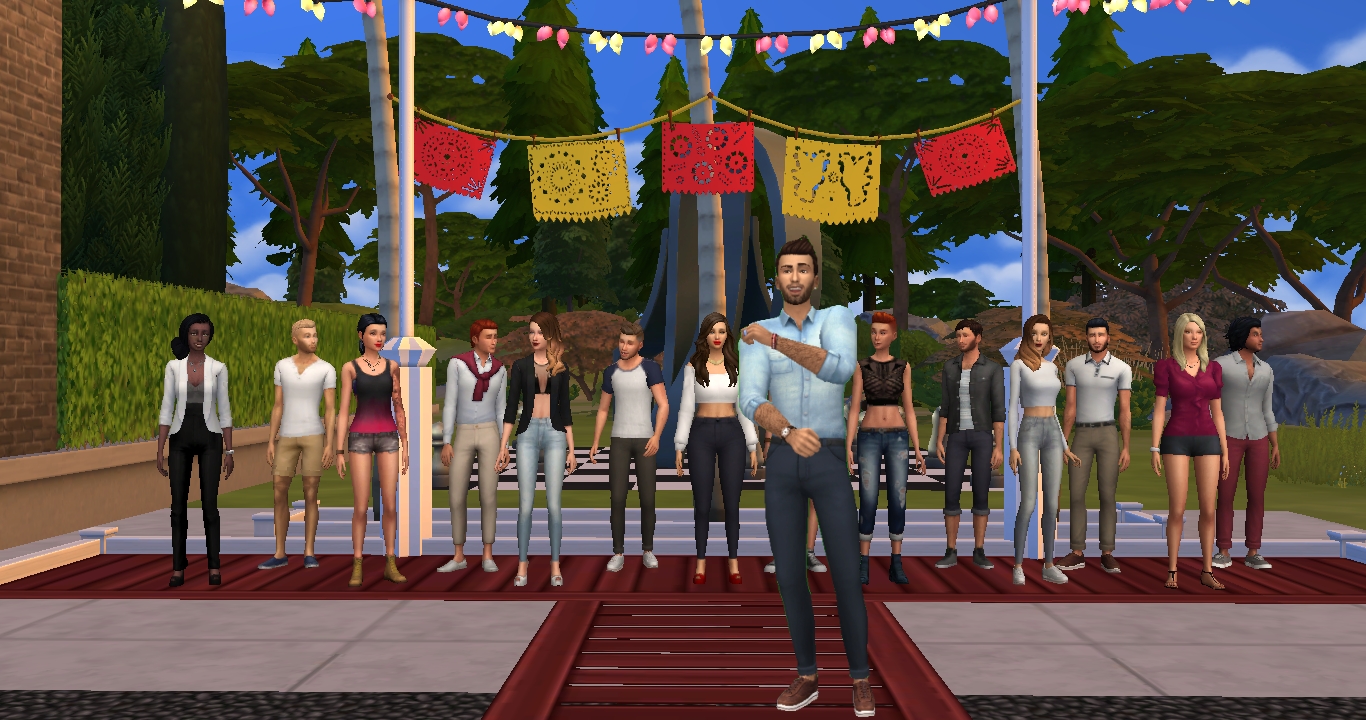 ajmkv: Welcome, housemates, to the very first elimination! This cut will be the first step toward determining who will be the grand winner of this season. Let me remind you of our prizes: the winner will walk away with 1,000,000 Simoleons, a brand new home, their own TV show on SimTV, and will also be the face of SimNation Media Corp. for a whole year! Those are some incredible prizes, if you ask me. 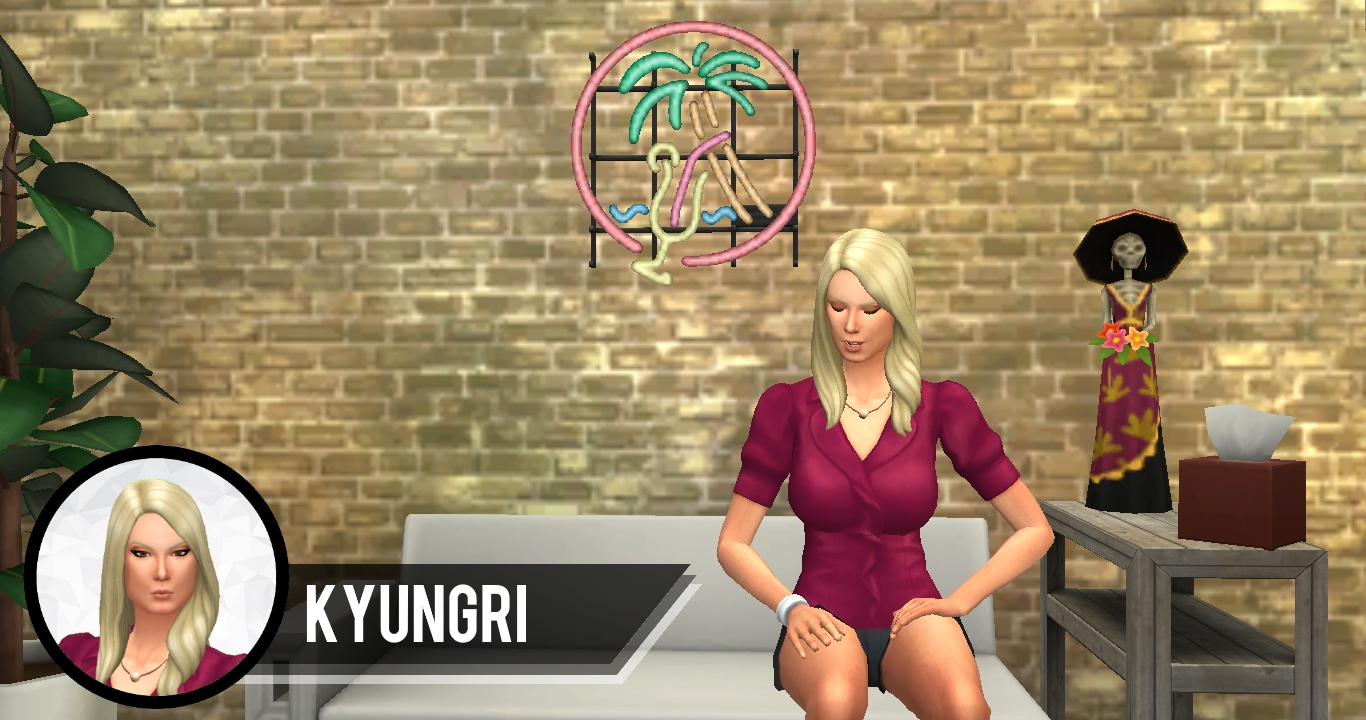 Kyungri: Ah yes, the money. Umma, I am praying to Shaman Unnie every single day. I know that we will be able to move forward and receive this financial boon. It is going to happen. Trust in me. *To herself* Mind on the money, heart on the money, hands on the money. 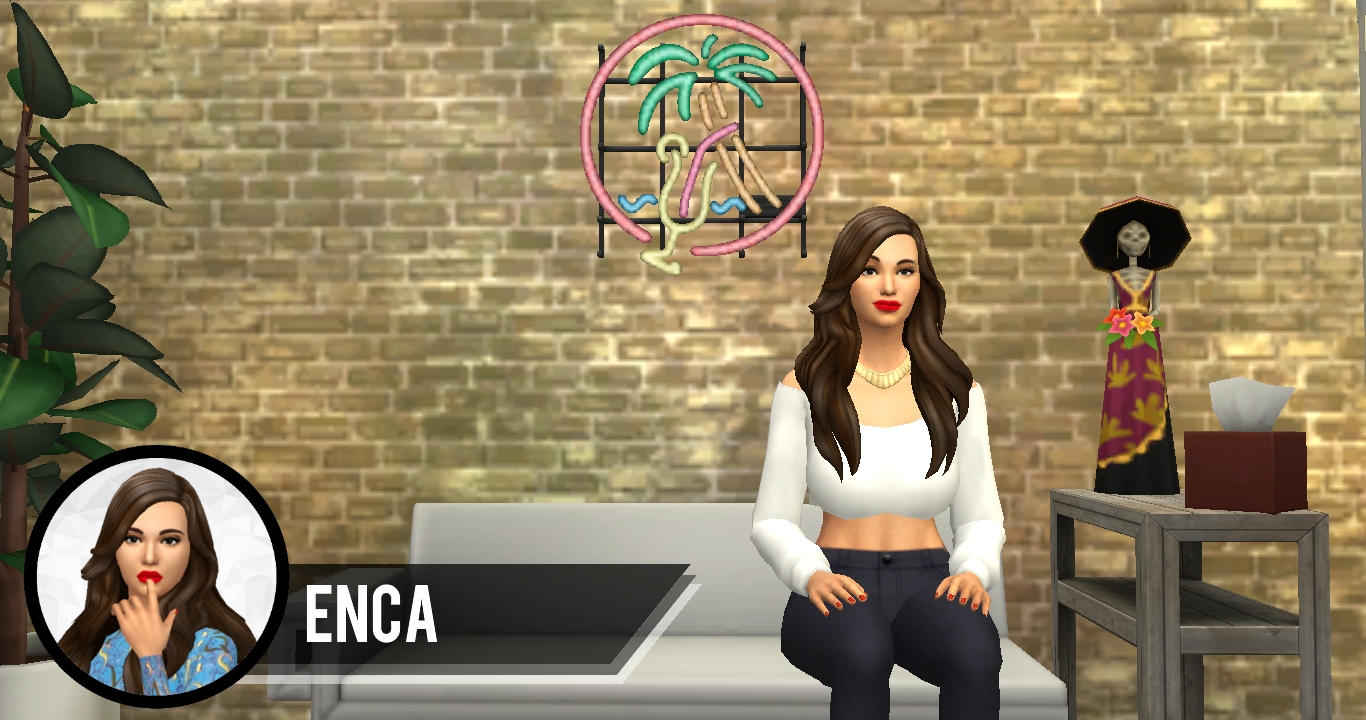 Enca: How many hot tubs do you think I could fit in that new house? I want at least three, I have a lot of body to cover with love.

ajmkv: So let’s talk to our contestants. Enca, will you please step forward? ajmkv: I don’t think any of us expected to see you here so soon, Queen. If there’s something that your housemates have been saying about you it’s that you need to focus more on the competition and less on that relationship of yours. The viewers tend to agree – they want to see more of your Dreq ways!

Enca: I understand. I know I haven’t been the best goddess I can be in this competition, and how can I expect people to call me goddess if I’ve been acting like a commoner? I hope that I’m safe so that I can prove to the viewers that the peachy Enca that they know is still here, inside and out!

ajmkv: Well, Enca, the judges seem to agree that you have more to give… and that’s why we’re saving you from elimination. Your name was removed from the options that the voters could choose, and therefore you will be continuing on in this competition.

Enca: Are you serious? Wow! I guess I do have that magical power to convert all of the people around me to the cult of the Goddess. Thank you to the judges, I won’t disappoint you next week!

ajmkv: Enca, I’d also like to be the first person to congratulate you on your single, Love On My Body, reaching 10 weeks at #1! This is no small feat, and all of us here at Kev & Get It are proud of you. Slay, mawma! 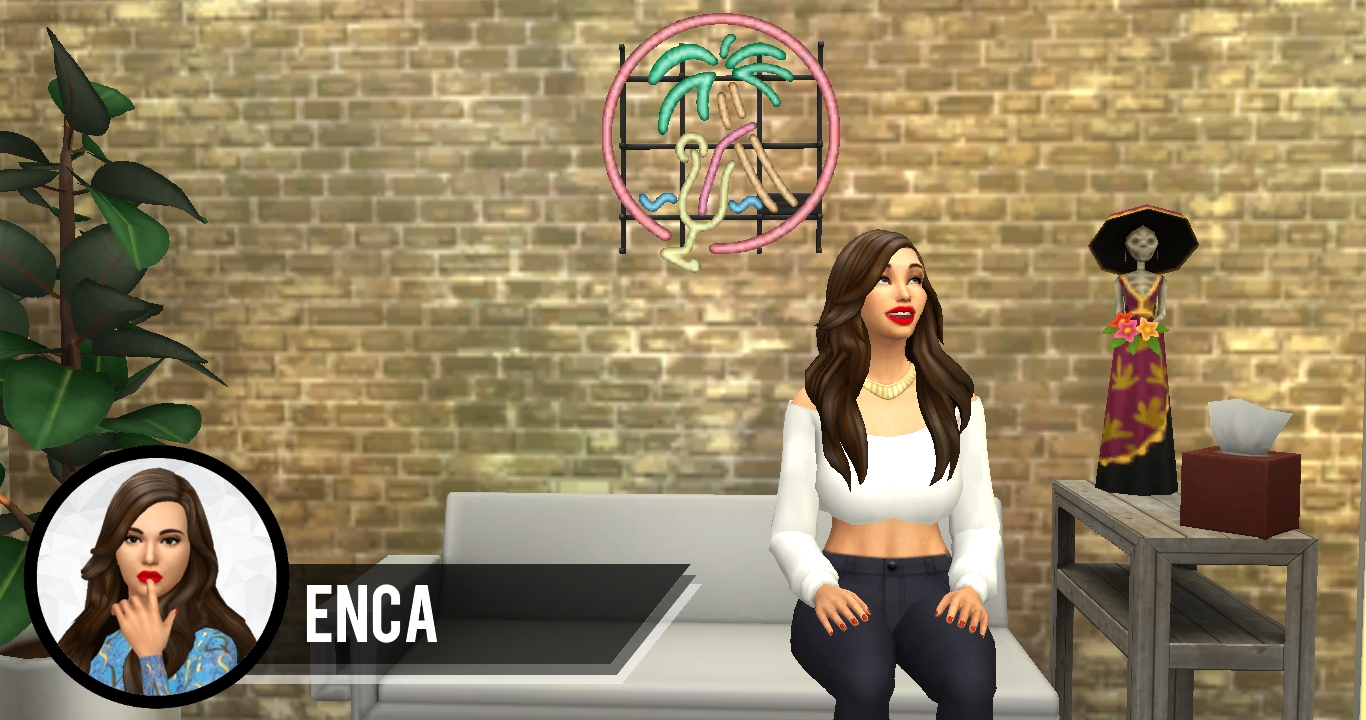 Enca: How could I not feel great? The judges see something in me and saved me from elimination even though my housemates had nominated me. What kind of peachy goddess? I won’t be playing around next week, though, and these people better be ready to bow down (ft. Noizy) to my power. ajmkv: Only one of you can move forward in this competition. The stakes are high, and one of you has to pack your bags and go home. 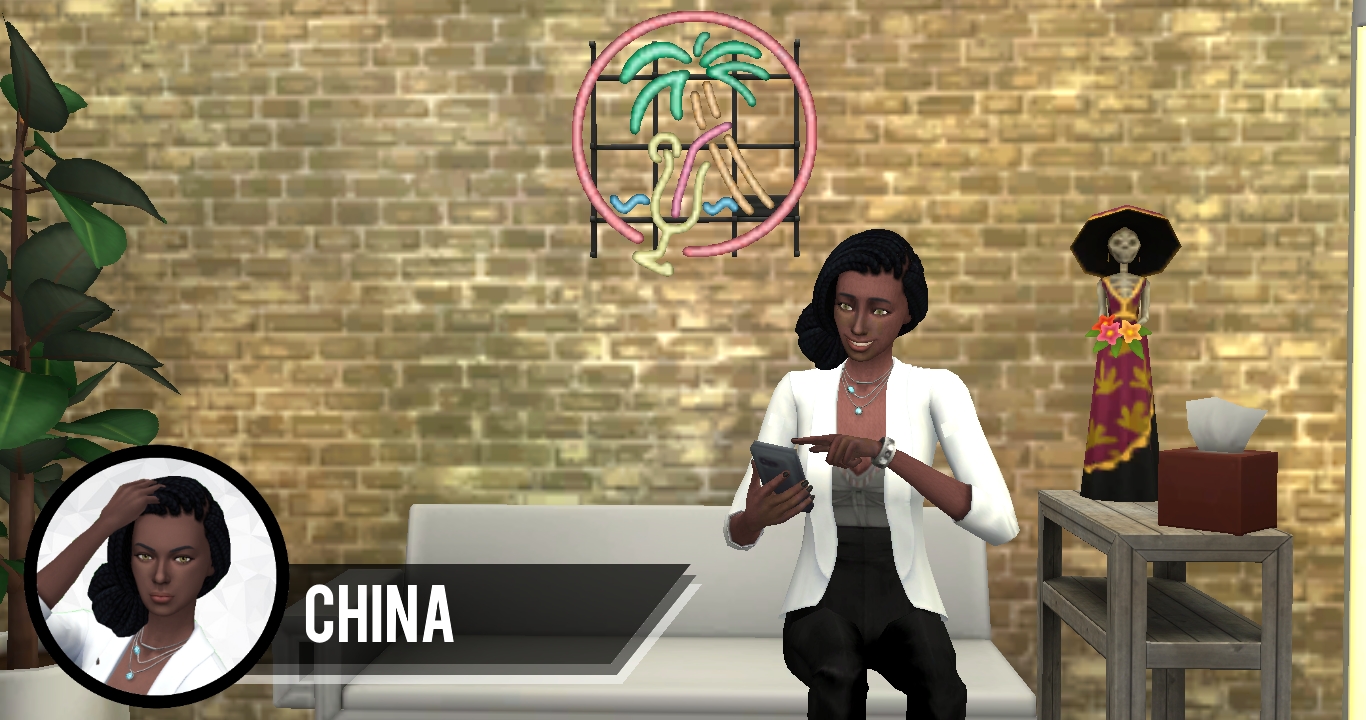 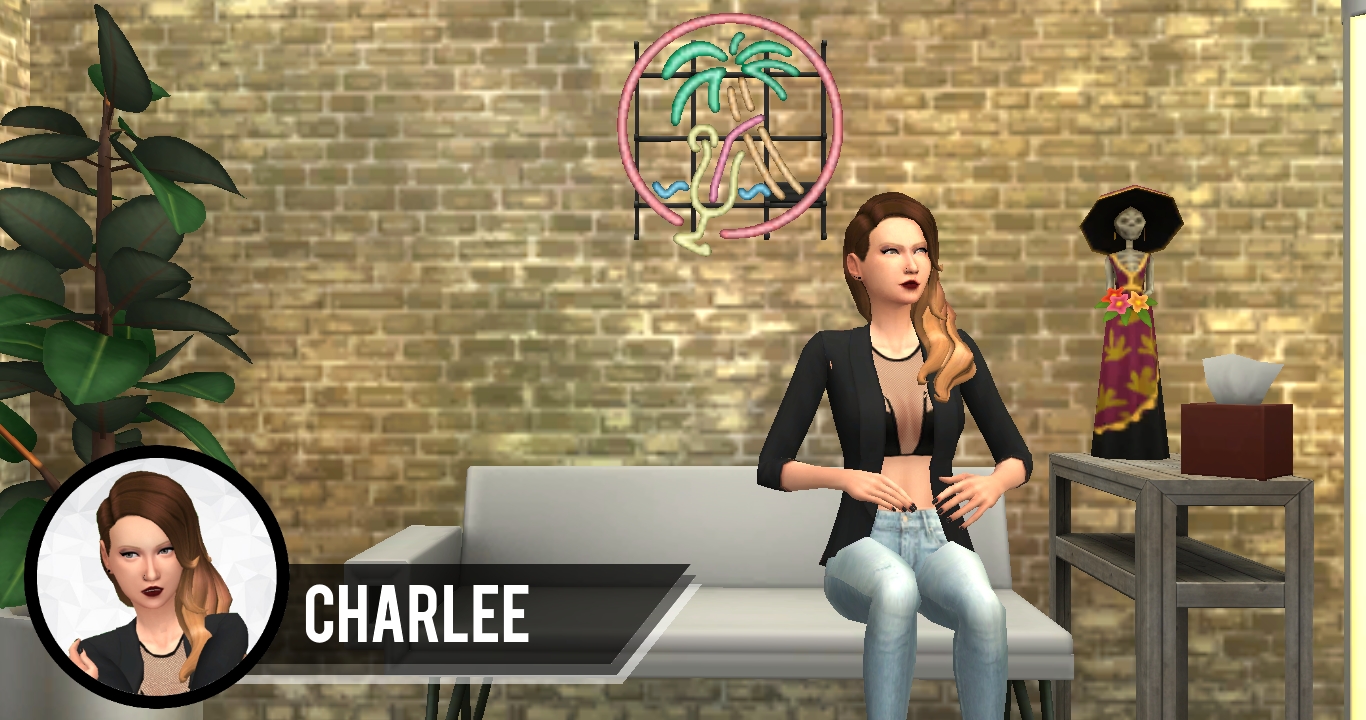 Charlee: Well, if Enca is not going home, then please get that melted fembot Kyungri out of here. She needs to go! 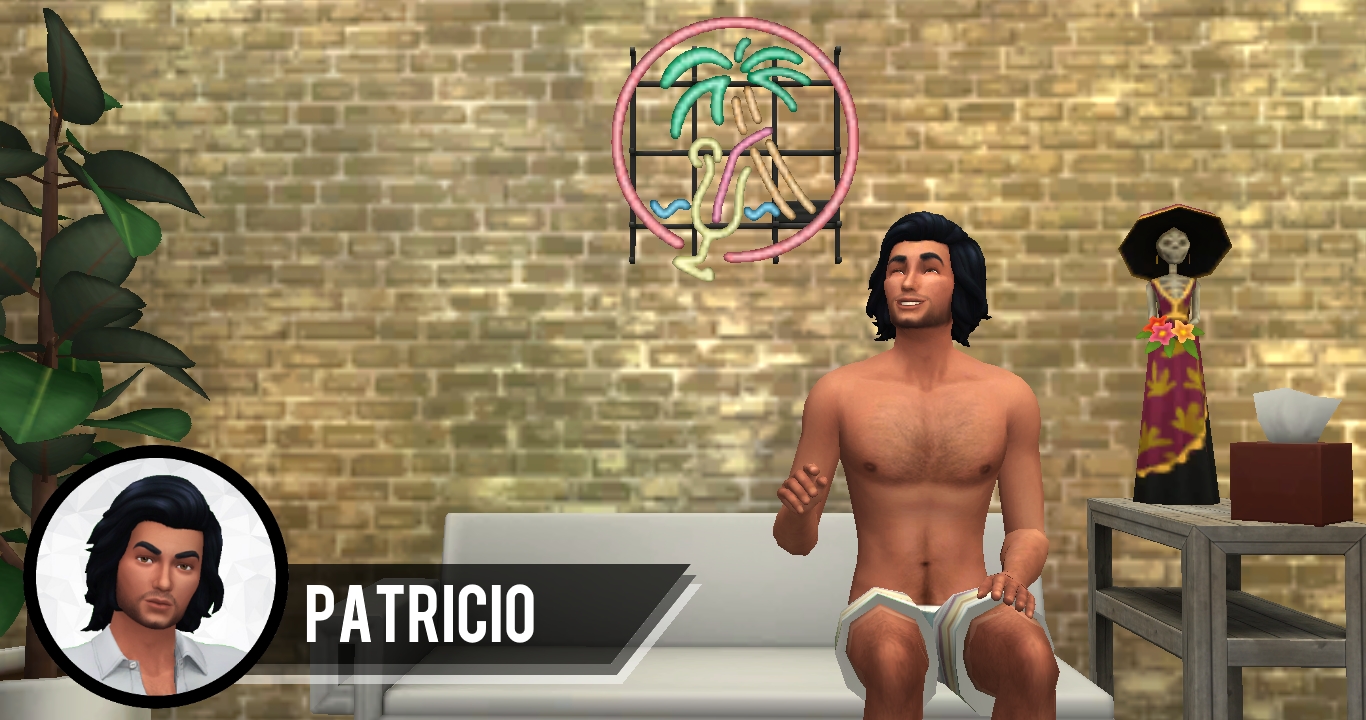 Patricio: People actually think I’m going home tonight, oh boy. What are they on? I’ll be laughing at their jealous faces when I become the first person to be saved by the audience.

ajmkv: The voting lines are officially closed, and the results are in. After a very, very close race that began one way and ended another way, we have our first eliminee… The person that will be saved tonight received 52% of the public vote, and the person that is about to leave us received 48%. A very close vote!

But only one of you can stay. And so, the last person I am going to call and who will continue on in the competition…

Congratulations, Kyungri, you have been saved by the audience and you are still in the running to become the winner of Kev & Get It 2.

Nobody is shocked, and yet the housemates are silent while Patricio reacts to the news. 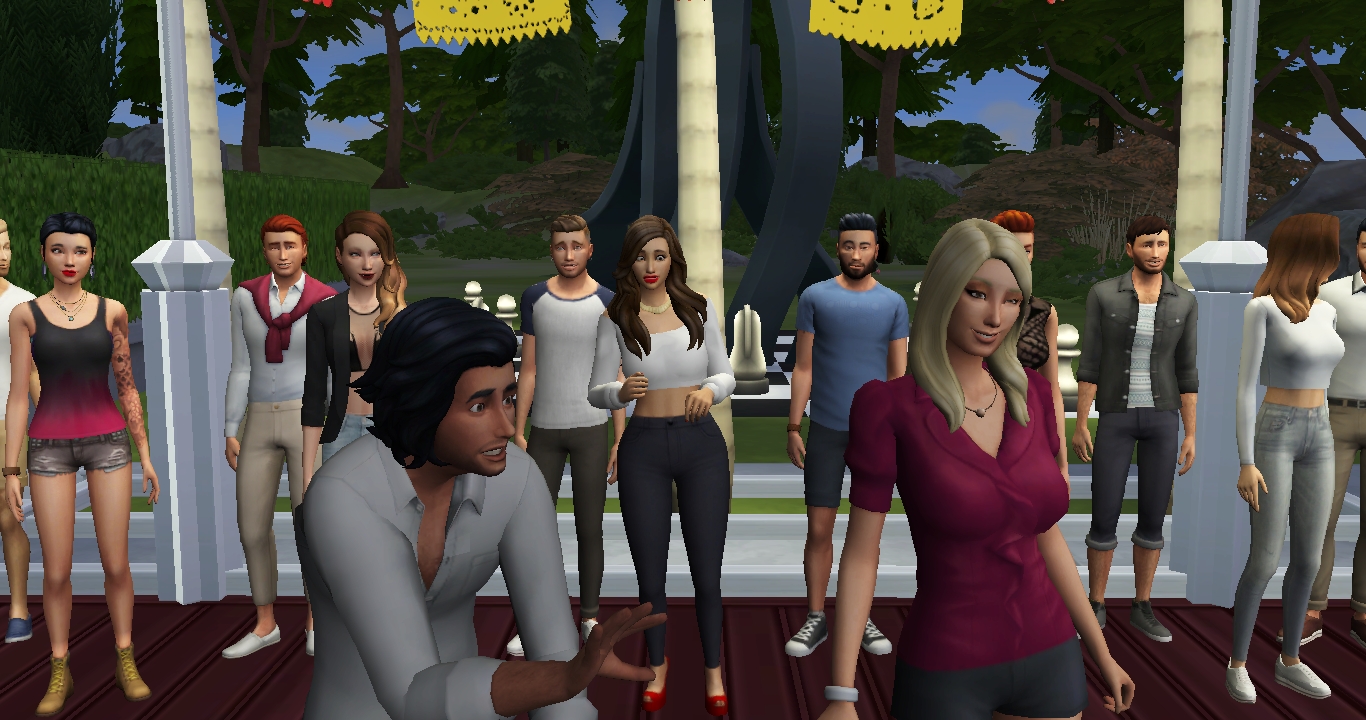 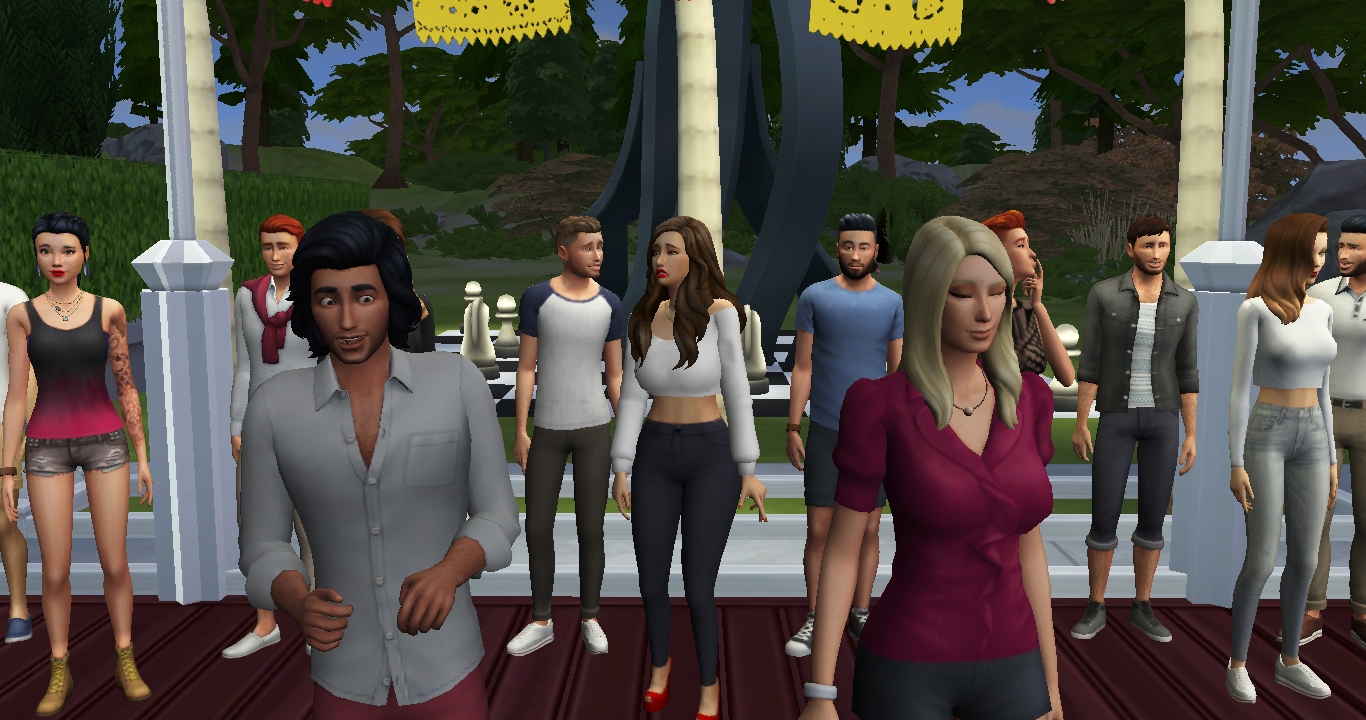 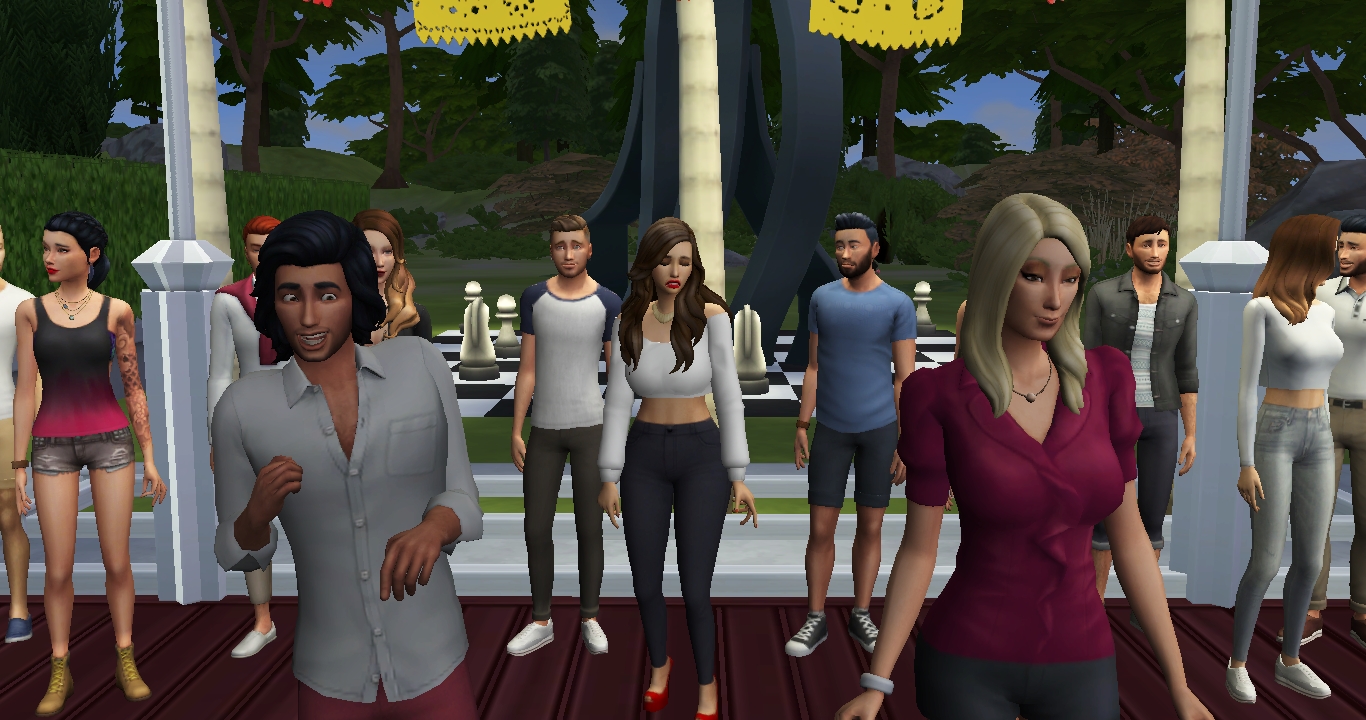 ajmkv: I’m sorry, Patricio, but you have been eliminated. It seems like the housemates were not feeling your personality, and neither were the viewers. You have performed admirably but your time here has come to an end. Say goodbye to your friends. 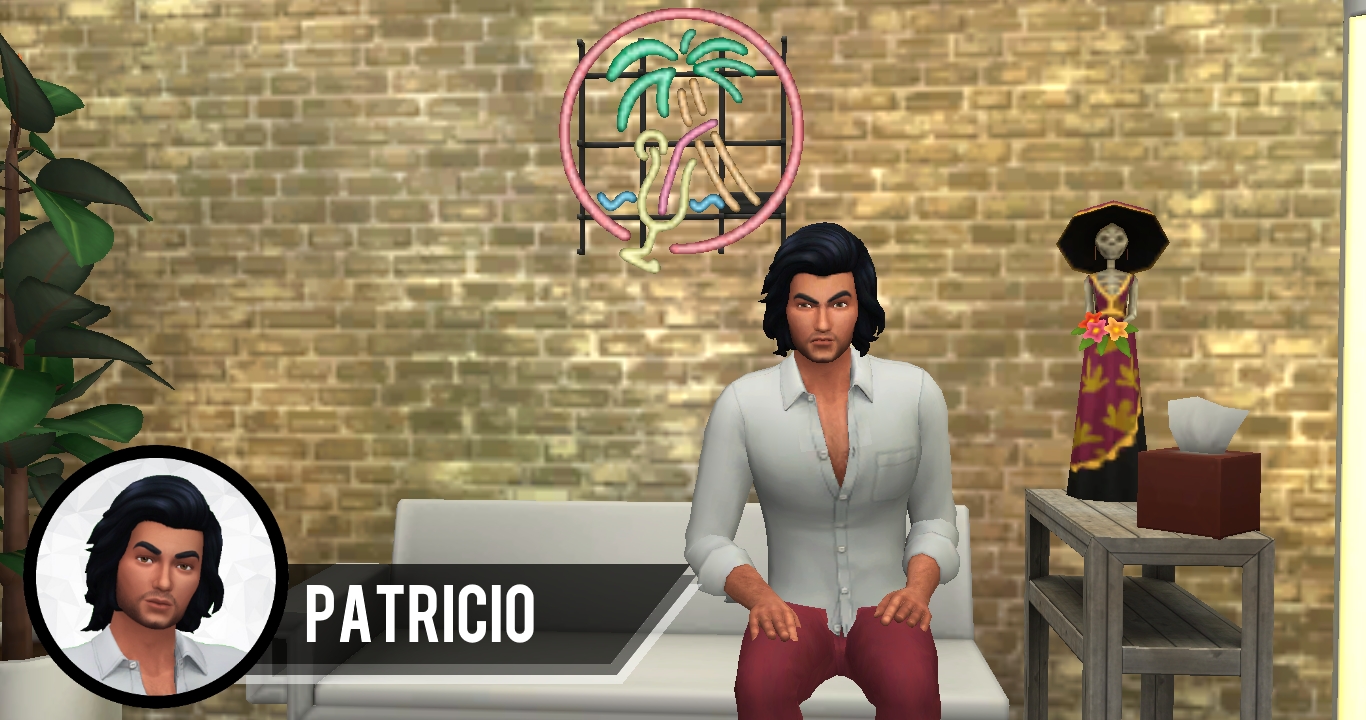 Patricio: Say goodbye to these assholes? Nah, bro. They can kiss my ass. 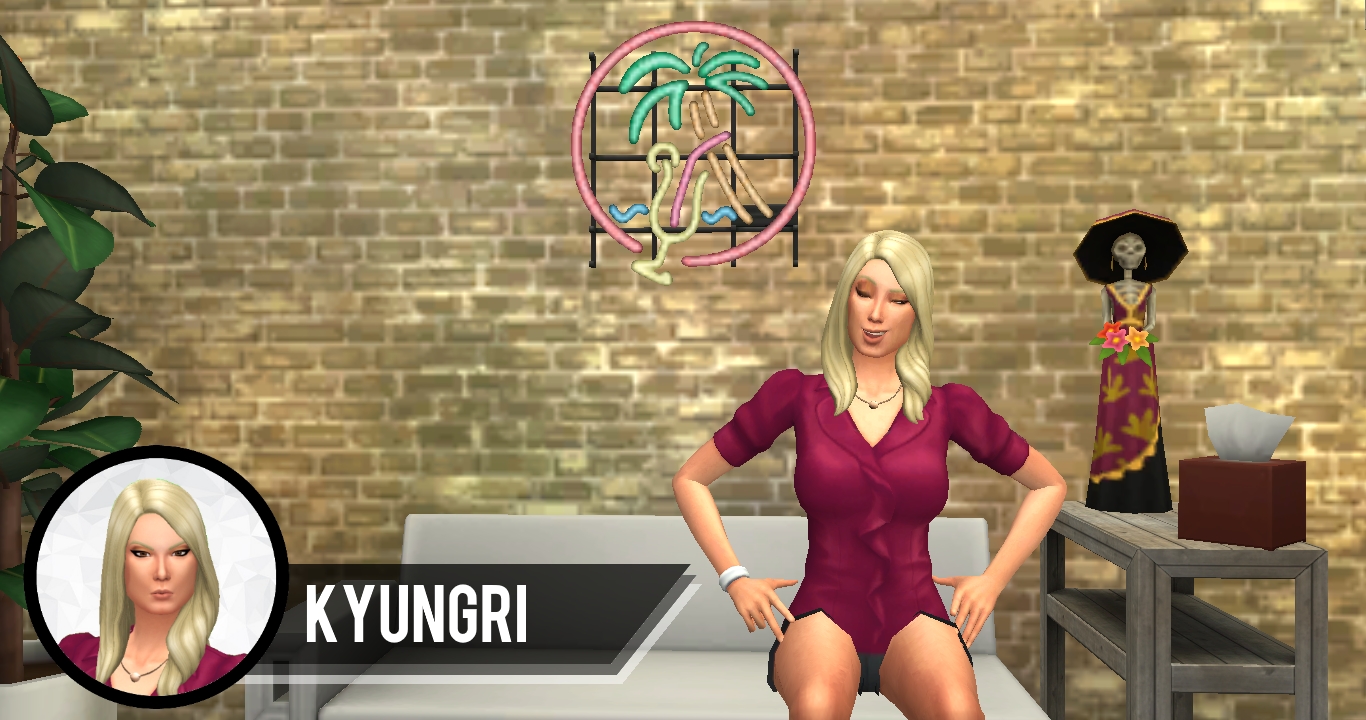 Kyungri: What did I say? There was no way I was going home! Mind on the money, money on the mind. Thank you Shaman Unnie. Enca: Patricio! How am I going to do this without you?

Patricio: Mami, you got this. Just remember that I’ll be here with you in spirit.

Enca: But how can I be happy when I know you’re going home and you’re going to be surrounded by a bunch of chicks who want to put your love on their bodies?

Patricio: You know you’re the only one for me, always. *Is still staring at Marjan’s boobs.* 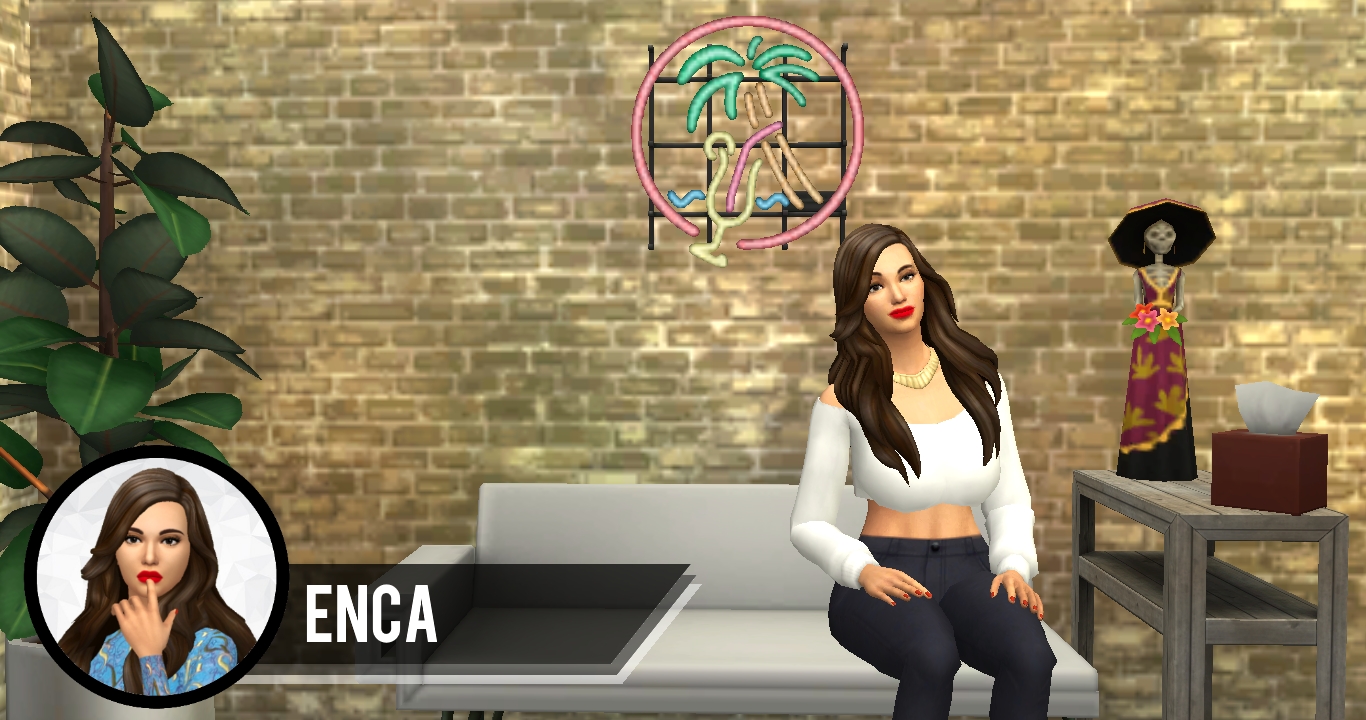 Enca: Am I sad that Pato is leaving? Sure, I love him and I’ll miss him. But this is meant to be. I can’t be getting distracted like that when I have to take out the competition like the true Soul Killa that I am. From now on, there is no excuse. I will be at the very top of this pack. 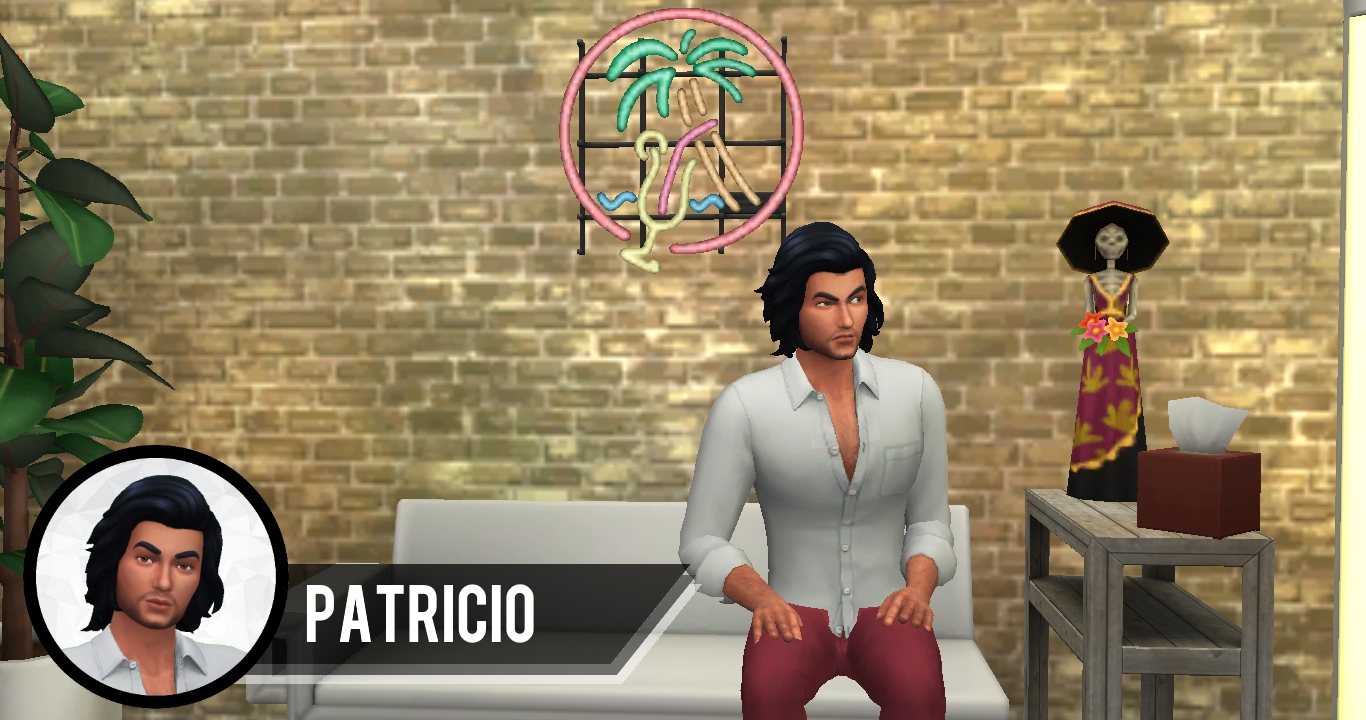 Patricio: And to think of all the hot mamis I’m going to miss out on. Who wants to be eliminated first? You never get any of the perks that come with being on this show if you’re the laughingstock of the place. Whatever, good riddance to all of these idiots.

And so, with that, we have lost our very first contestant. Patricio proved to be too much for the contestants and the viewers to take, so he becomes the first person to be eliminated from the Kev & Get It house.

Will next week bring this much drama? The only way to find out is by tuning in to the hottest Sim TV show of all time: Kev & Get It, Season 2!

• Enca is a fictional version of a real person. She’s a singer and celebrity in Albania, with many hit singles under her belt. I made her very self-referential in this show in order to make her seem like the typical celebrity type. Patricio, though, is not real. Enca is single in real life, or so it seems.

• None of the other Sims are based on real people, though Mitchell is a made-over version of Mitchell Kalani, one of the Sims that comes with the base game of The Sims 4. I like him a lot and gave him a backstory for this show.

• A lot of the characters have ties to ones from Season 1, which, as you know, is lost so their stories are kind of vague at this point. I’ve tried to simplify and clarify the relationships in the dialogue and narration and hopefully one day I’ll go back to write a full story for that season, as the characters deserve to be more than just passing references and cameos.

• I’ve tried to make this as reality-TV as possible, somewhat like The Real World, Flavor of Love, ANTM, RuPaul’s Drag Race… all of those. There are a lot of Reality TV tropes happening throughout. I haven’t ever really seen an RTV fantasy story or challenge quite like this made with The Sims 4 and I wanted to make it happen.

• If you’re reading, thank you so much! This is a work of love and I’m thrilled to share it with the Sims universe. There’s nothing I adore more than playing The Sims, and now I get to share some of the beautiful images and stories I’ve created thanks to that magnificent game with other people. Leave me a comment or something, I’d love to hear what you think!