Previously, on Kev & Get It:  Our contestants settled into the house and got to know each other a little better by holding a couple parties. Patricio and Enca immediately annoyed everyone else with their sickly sweet romance, while Matthieu and Harrison began to kindle their own. Gabriel slept with both China and Charlee, something that annoyed some of the housemates. Charlee entered the house in game mode, and quickly began searching for a weak link in the competition. Jessie and Enzo remained low-key, and Louise and Kyungri had a fight about the latter’s obsession with money, which soon led Kyungri to be rather unpopular in the house. Mitchell was shy, but soon opened up to Marjan, who has some tricks up her sleeve. Despite his bitchy exterior, Todd won the first challenge with his charisma. Matthieu had to deal with some drama from home, but was later surprised with a first call-out. In the end, Patricio, Enca, and Kyungri were in the bottom 3. Enca was saved by the judges, and even though Kyungri was unpopular in the house, she hit it big with the viewers and it was Patricio, with his desperate womanizing ways, who went home. Thirteen contestants are left. Who will leave tonight? Find out tonight, on Kev & Get It.~ 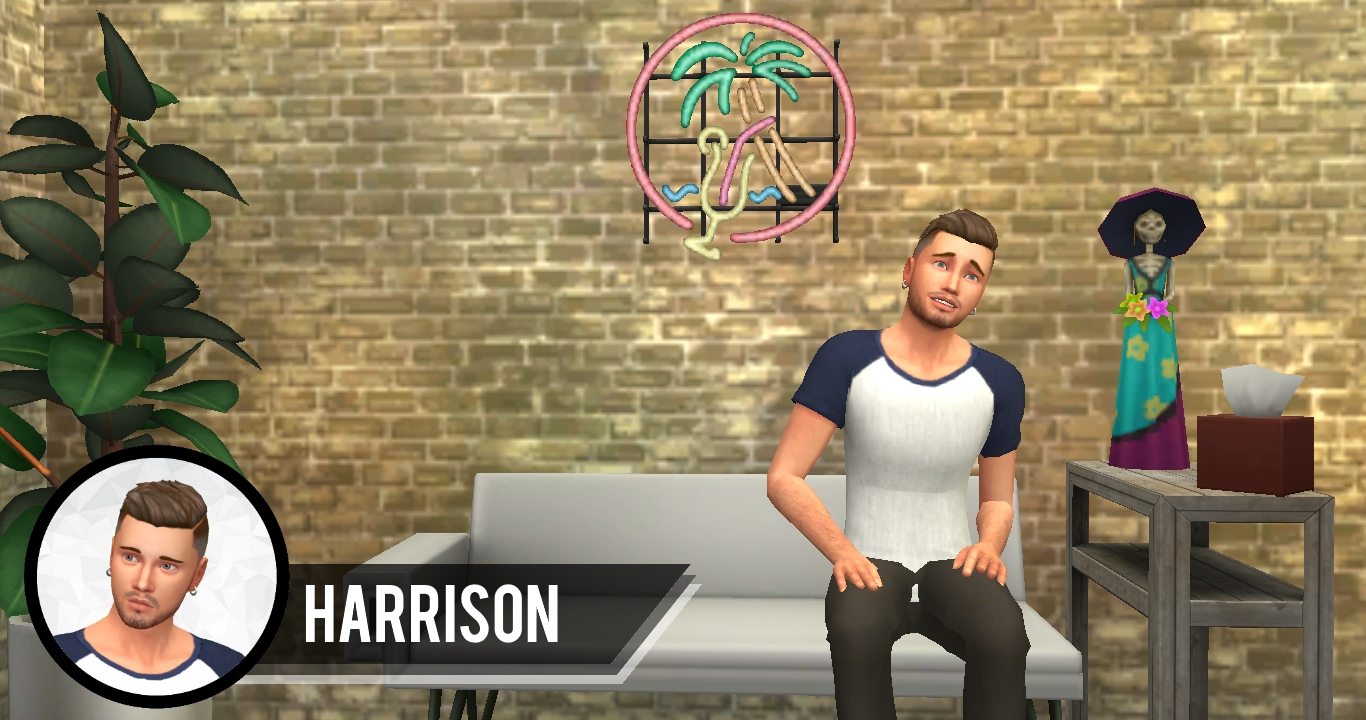 Harrison: Hey, I made it past the first elimination! I was so sure that I’d be out first; I remember that Rosaline was nominated the first week and barely scraped through because that Maciej guy had cheated on his boyfriend and was super unpopular with the viewers… I’m glad that I managed to avoid the bottom and all that drama! Hopefully this week I’ll make it to the top. 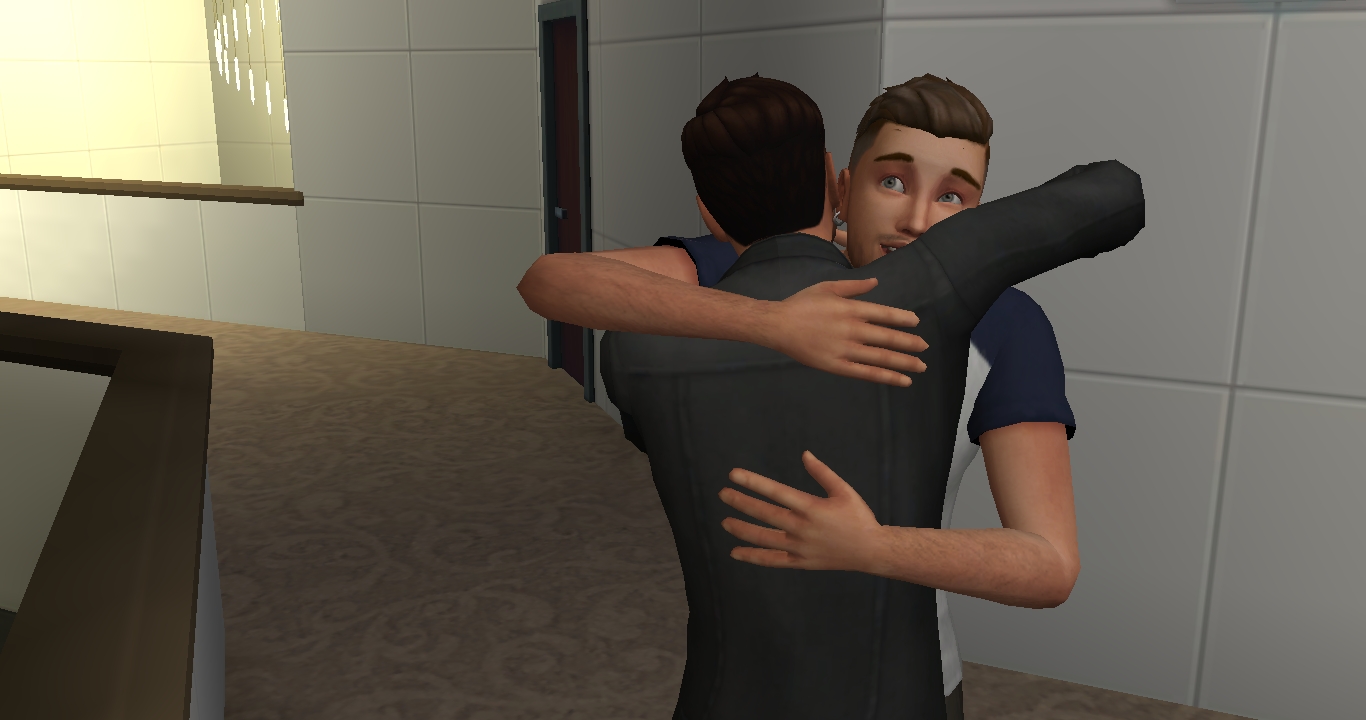 Harrison: Hey Matt, congratulations on your first call-out! You deserve it!

Matthieu: Aww, thanks buddy! Come here, show me some love!

After the elimination, many of the housemates feel relieved and congratulate Kyungri and Enca, the survivors of the bottom three. Charlee, however, isn’t feeling generous or relieved, and lets Enca have a piece of her mind. 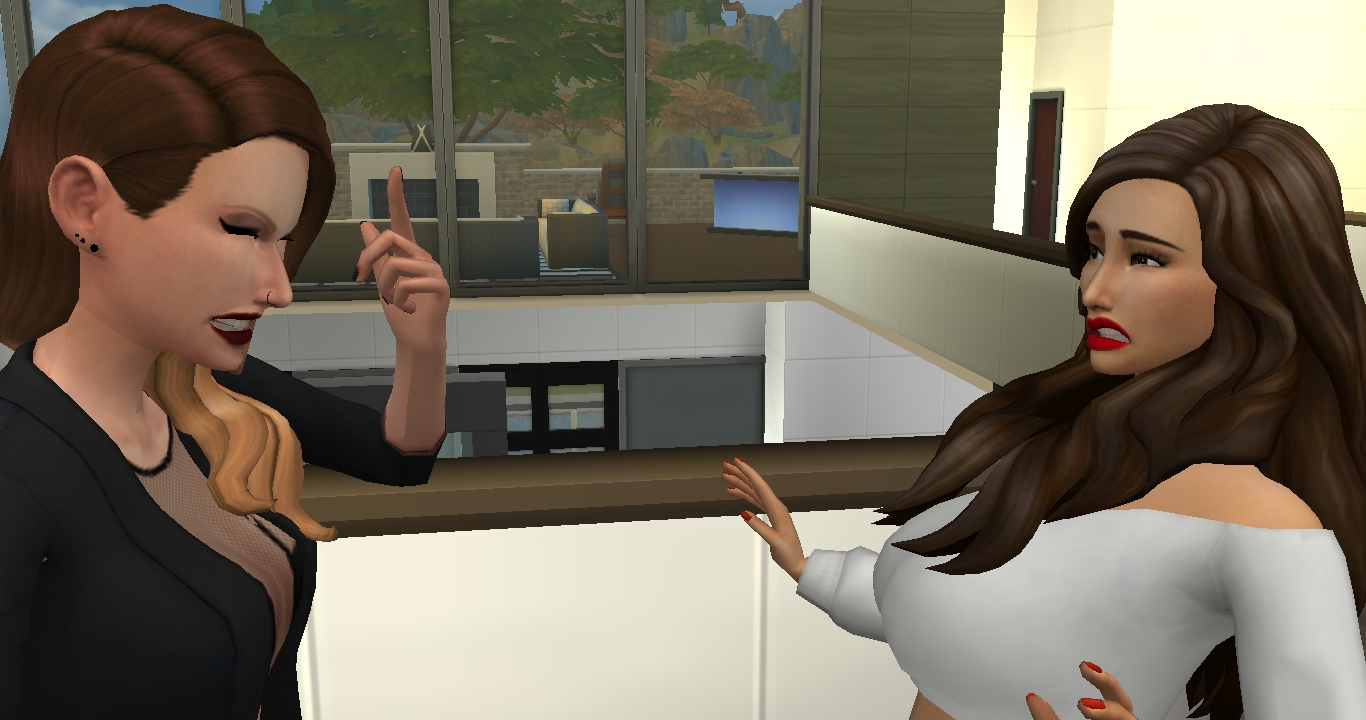 Charlee: So you’re still here, huh? Must feel nice to coast by on mediocrity.

Enca: What are you talking about? The judges obviously see something in me that you clearly are too delusional to not see. 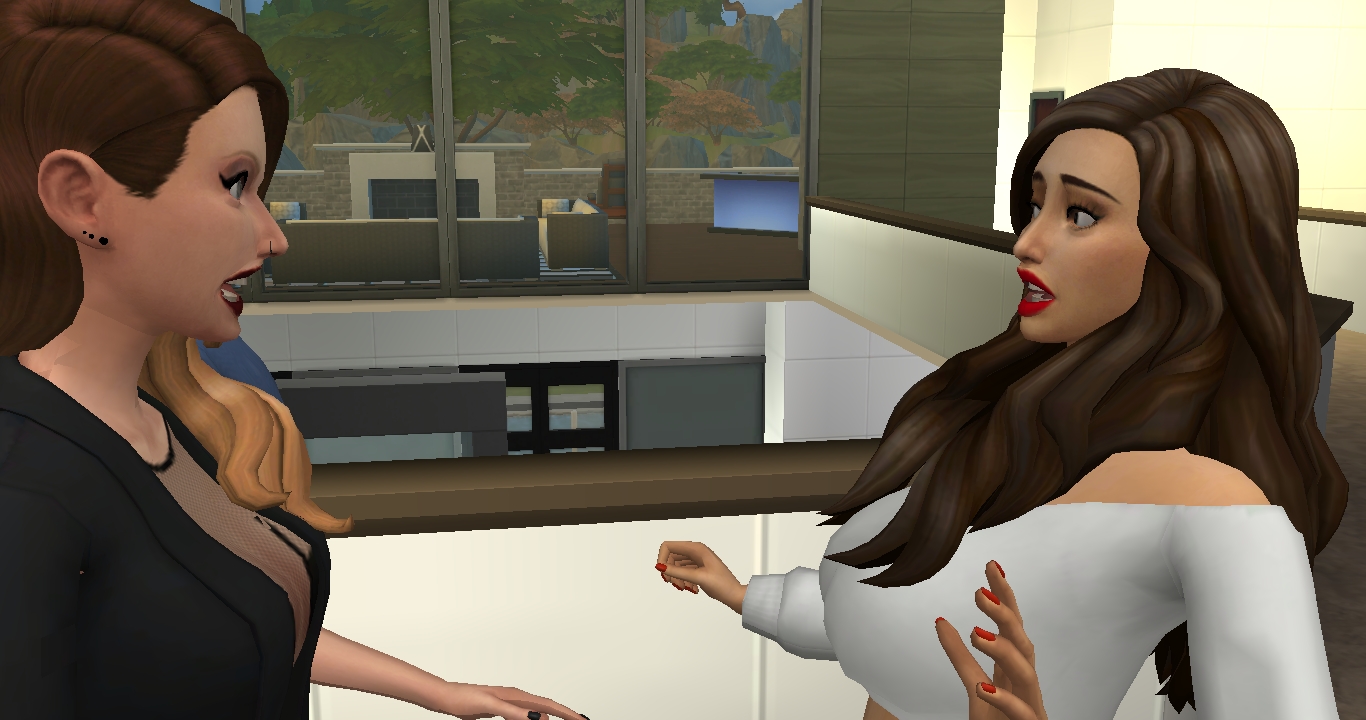 Charlee: Listen, you’re safe this week, but trust me, if you hadn’t been saved by the judges, you would have been leaving instead of that boyfriend of yours. This competition is not for you and you know it!

Enca: I don’t understand why you’re so pressed! I won my place fair and square. In fact, you should be honored that I came here in the first place, my star power was what brought attention to this cast!

Charlee: Don’t try me, girl! You may think you have the upper hand but I’m warning you, your time here is on life-support. 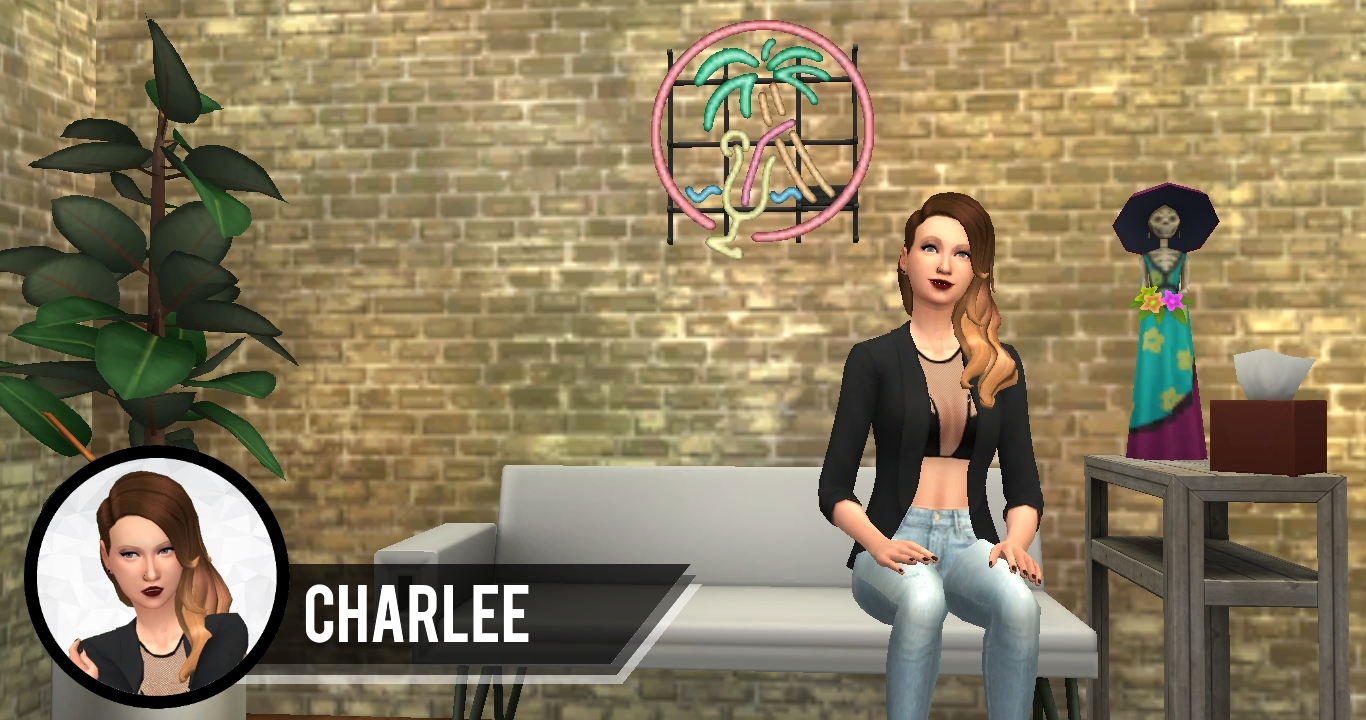 Charlee: Do I like being that aggressive for nothing? Hell no! With me it’s always strategic. I’m not going to make a fool out of myself unless I have something to gain out of it. Enca is my biggest competition here, so I’m going to try to intimidate her until she packs her bags and gets out of here. 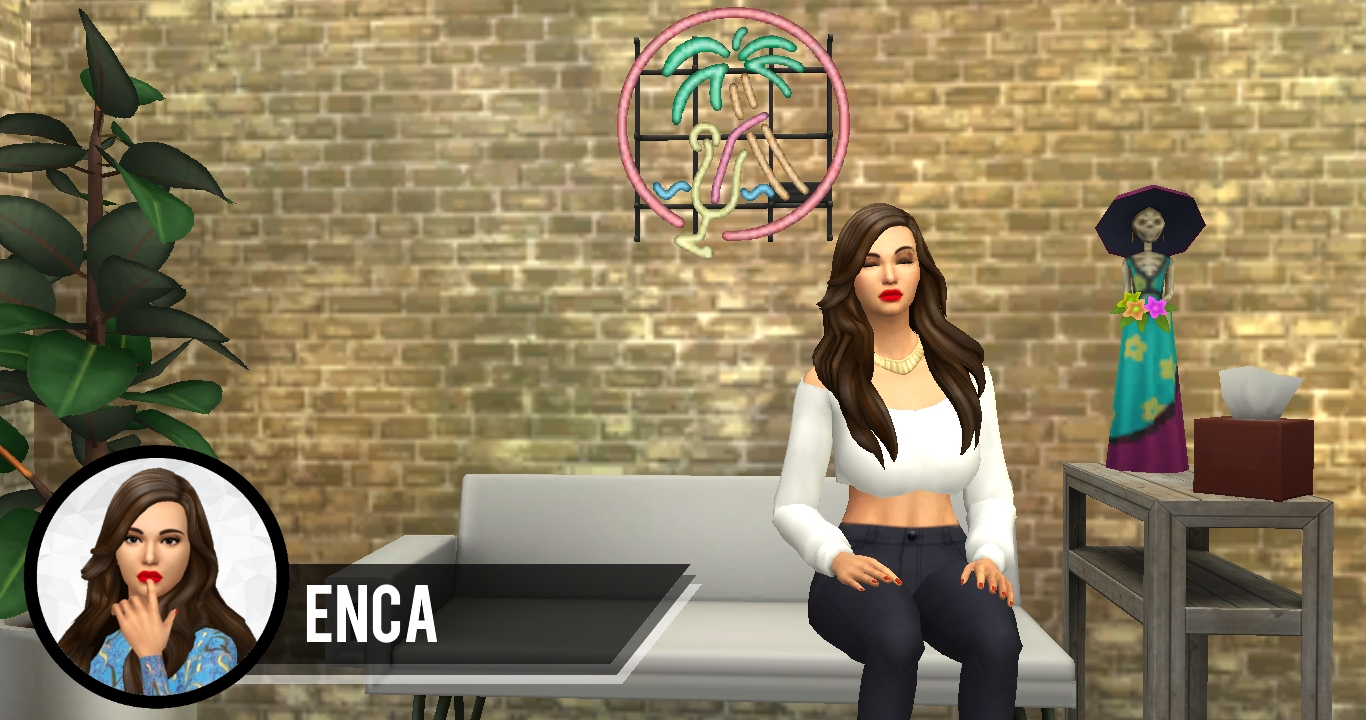 Enca: Am I mad? No, a goddess doesn’t get mad. I understand why Charlee is jealous, but I can’t help it that I’m already famous and people normally gravitate to me. It is what it is. Charlee needs to see that that anger is just going to roll off me like drops off my peach. I’m not going to be keeping that Hate On My Body.

Meanwhile, Jessie expresses her admiration to Kyungri, whom she believes was the right choice to continue on in the competition. 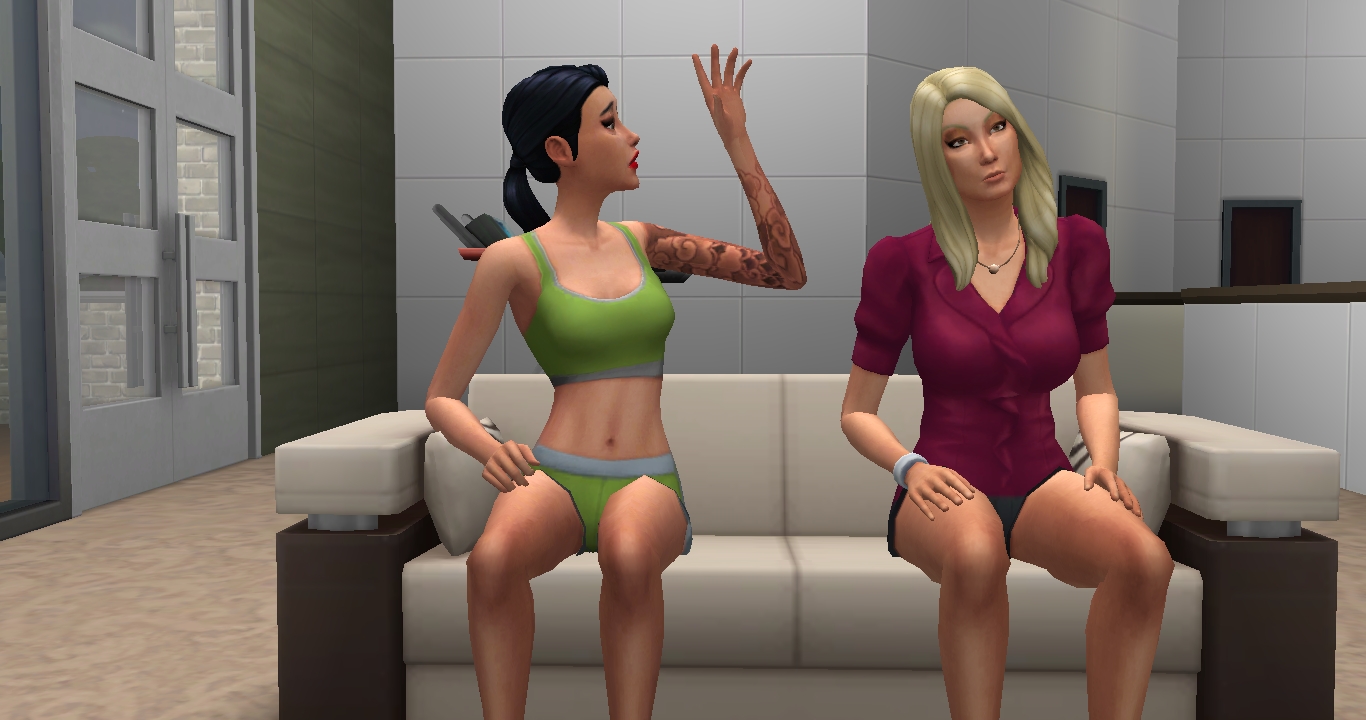 Kyungri: I’m not so sure about that. I came here for one thing only, and that thing was almost taken away from me this week. I need to focus more on what I need. If I visualize it, I will have it.

Jessie: All right, well, you know that you have a friend if you want to ever let that guard of yours down. Don’t be afraid to be yourself around me! 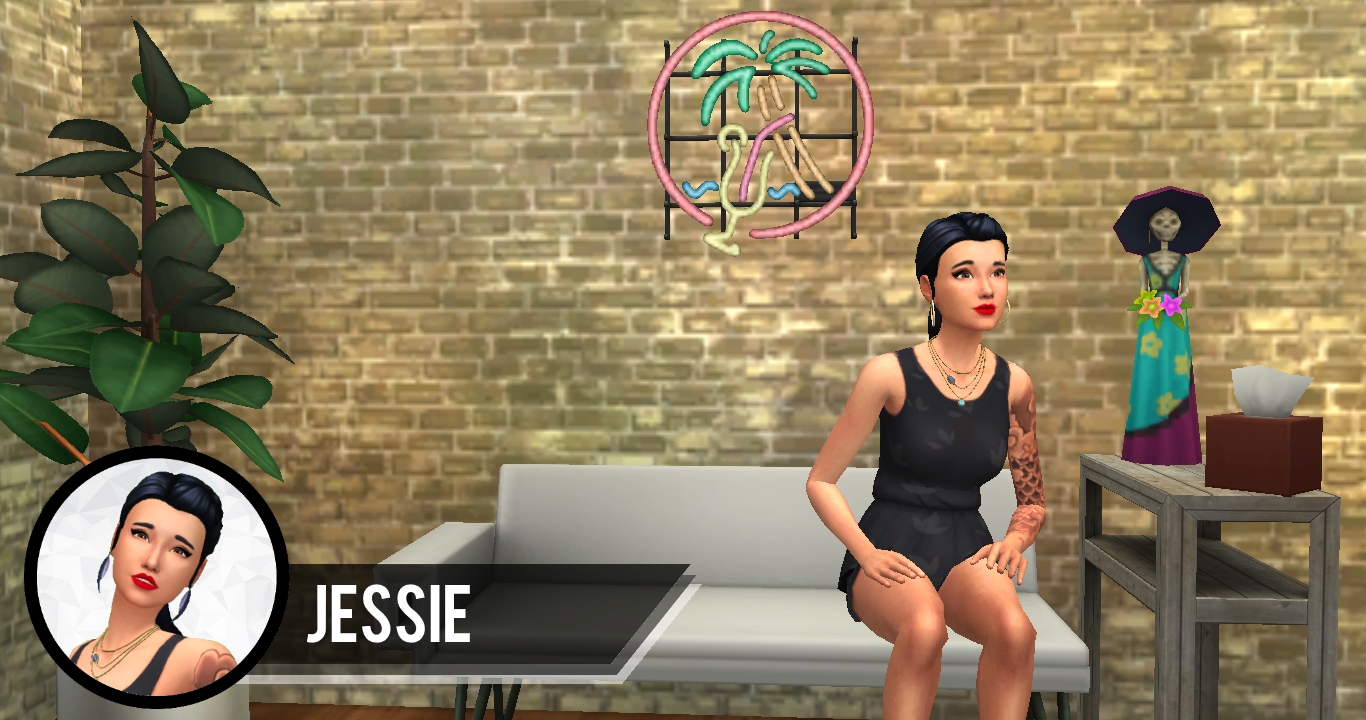 Jessie: Beneath that icy exterior, I know Kyungri is hiding a gooey chocolate heart. I will make sure it comes to the light!

And outside the house, another relationship is quickly heating up. 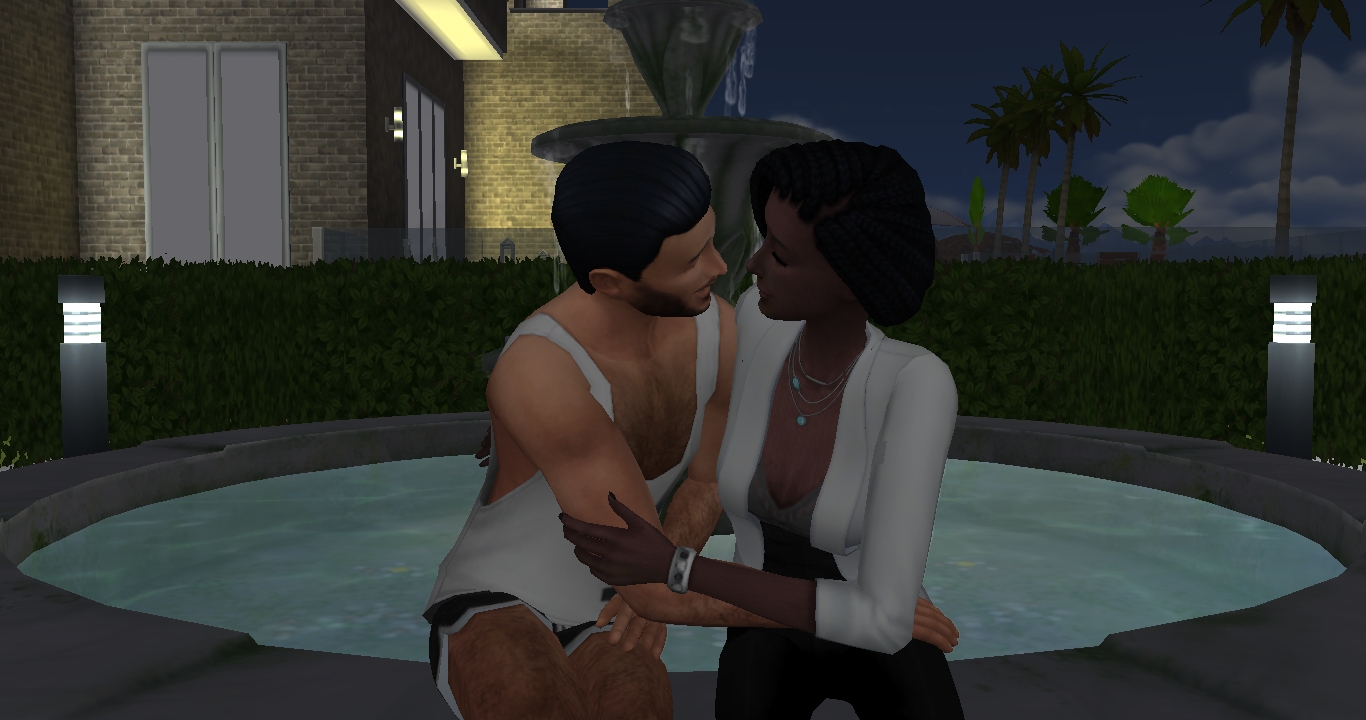 China: This is nice… thanks for meeting me tonight.

Gabriel: I couldn’t keep my eyes off you earlier… but China, we should talk. 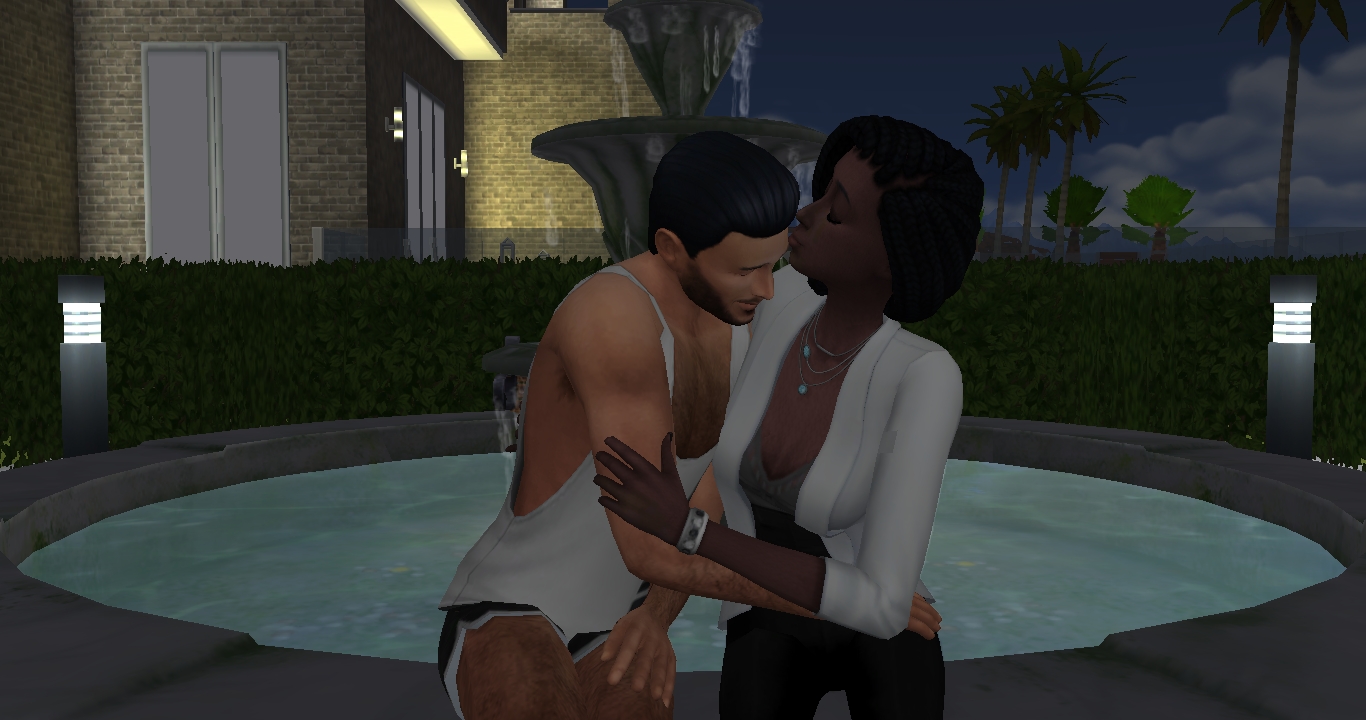 China: I know about your life, you know. I’m a lawyer. I make sure I always know the details in every situation I’m in, it’s second nature to me.

Gabriel: So you know why I can’t offer you everything?

China: Please. I’ve won huge cases and made millions in settlements. I’m the youngest partner at my firm, I have all the success I’ve wanted. Love isn’t in my plans quite yet. Let’s just enjoy this while it lasts, OK? We don’t have to make it more complicated.

Gabriel: All right, let’s just live this out and see where we end up.

China: I know where we’re ending up tonight…

After playing a game of darts with Enzo, Marjan walks around the house. While she looks at the colorful fish in the aquarium, she thinks that each fish is each other’s soulmate, how they float around in the water just waiting to receive that food that falls from the heaven, from the stars… the stars! She suddenly remembers what she had seen a few nights before, and she quickly calls Aurora before she forgets. 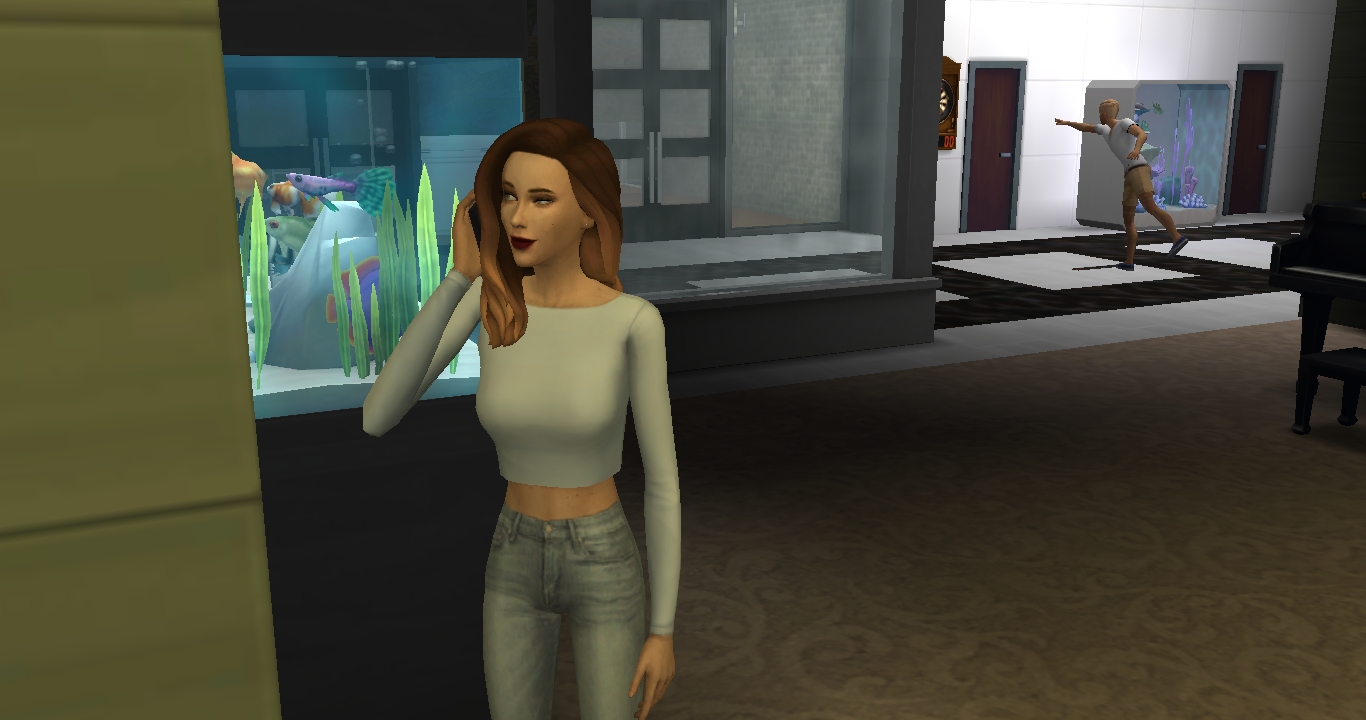 Marjan: Hi, babe? It’s me! Yeah, the house is just as lovely as it was on the TV. Yeah, even bigger! Yeah, the fishes are lovely, all colorful and pretty. I was cooking the other day and looking at your new paparazzi shots in Gunoi! Magazine, you look gorgeous! Yeah, I saw your new boyfriend, is he all right? How is he?… Oh? You did what now? That’s actually really cute! How far?… How thick?… Oh, be careful with those things! If they get stuck, they never come out. I spent hours trying to get them out of my hair!… Why were they in my hair, you mean? Oh, because I was trying to curl the ends and they were the only round—what’s that now? Of course I’m playing nice! I’m the nicest person here, last week I was almost voted the most popular!… Oh, you mean that if you get votes, you’re not popular?… Anyway, there’s a cute guy here but he’s soooooooo not my type. I don’t know why he’s cute! He’s like a puppy, and you know how much I looooove puppies. Do you think I can take him home?… OK, yeah, I know that you’re busy! It’s no problem, honey, you know I’ll come home with the crown. I’ll be the biggest star!… Wait, STARS, Aurora, babe, I have something to tell you! Remember that guy from your season, the one who cheated on his boyfriend?… No, not that one. No, not that one either. No, the weird one. The one who was dating a guy with a twin brother. Yes, YES. That one. Well, the twin is here! And from the looks of it, he’s trying to do the same thing to his boyfriend because he was all cozy with some other guy the other night, trying to count the stars in the sky which is just ridiculous, there’s like dozens out there…. OK, yeah, I’ll let you go! Just wanted to catch up. Yes, I love you too! China sends her love! Bye babe.~

Uh oh. It seems that Marjan isn’t as innocent as she seems. Matthieu better be careful as he moves forward. And speaking of Matthieu, it seems that other people have their eyes set on him… 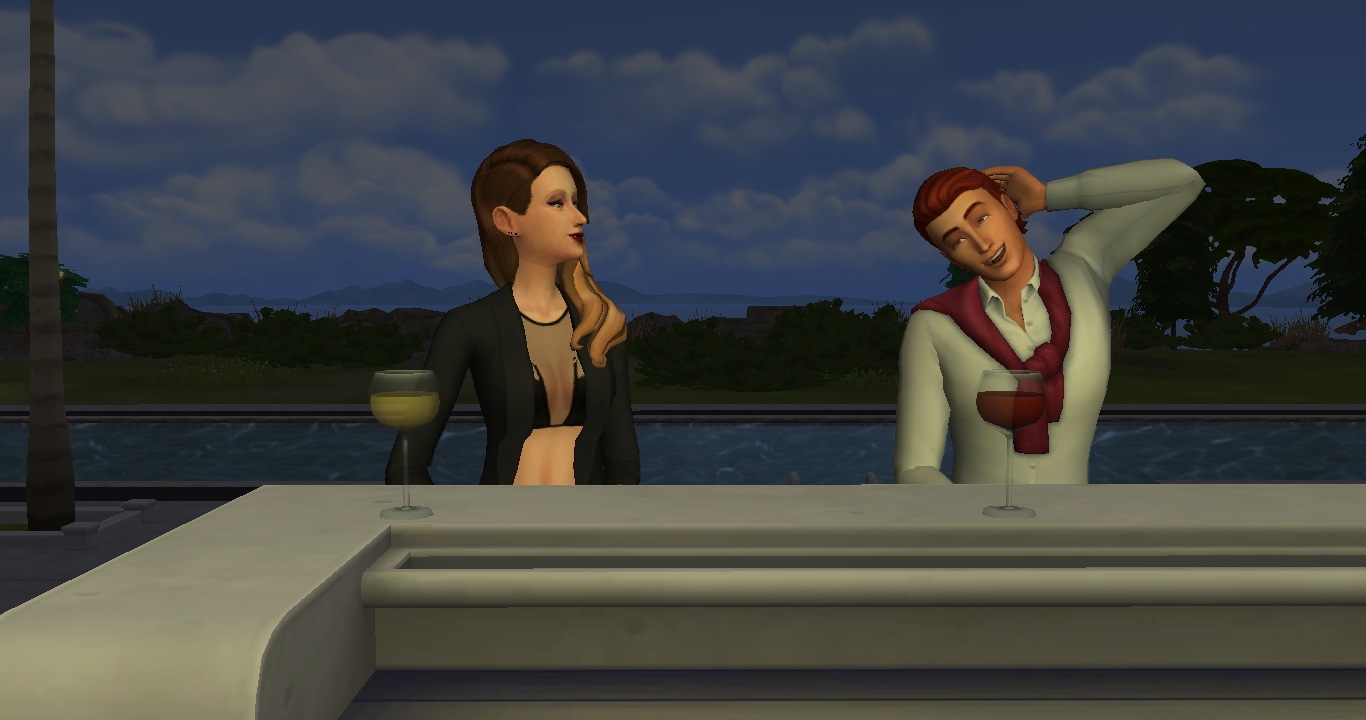 Charlee: So can you do it? You won the charm challenge last week, I’m sure you can easily sneak in there and see what’s up. Remember, the more dirt we know, the better off we are in this competition!

Todd: Honey, you underestimate just how convincing I can be. One swing of this perfectly coiffed head and maybe a wink or two and those boys will be eating out of my hand. Just you wait! They are putty in my hands. 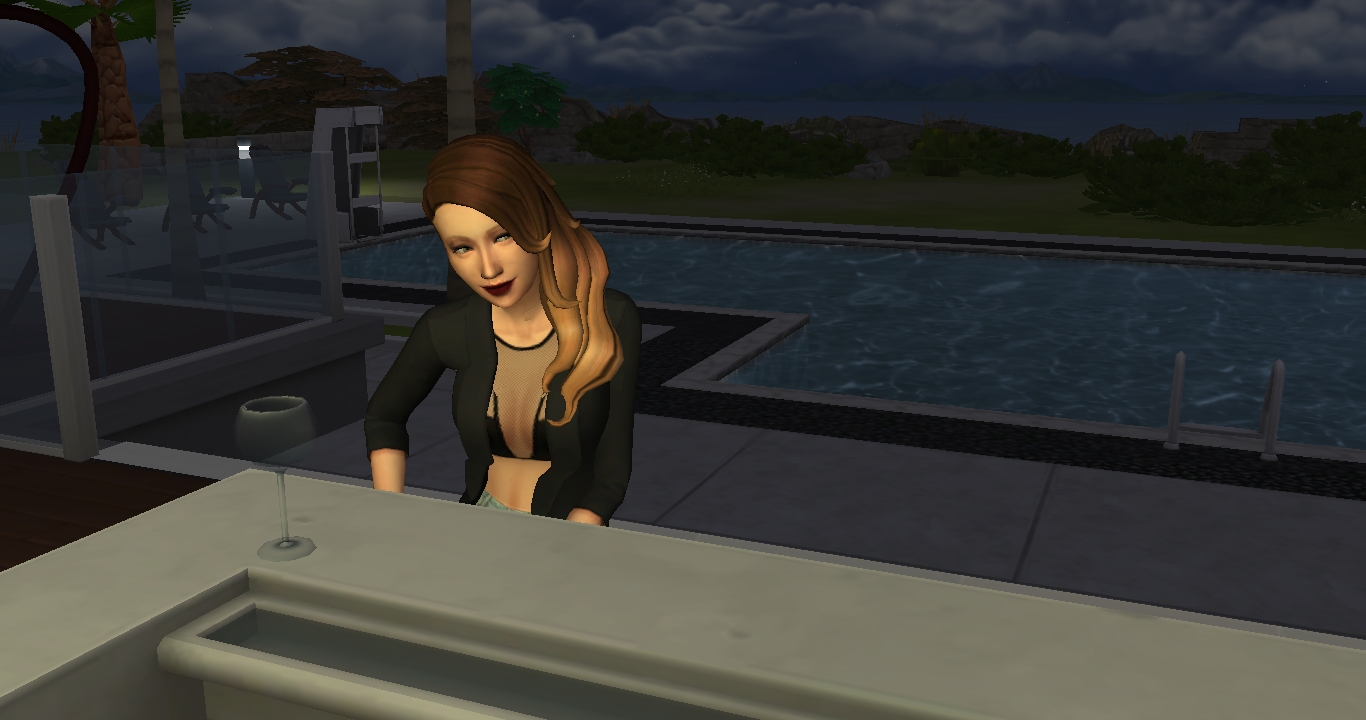 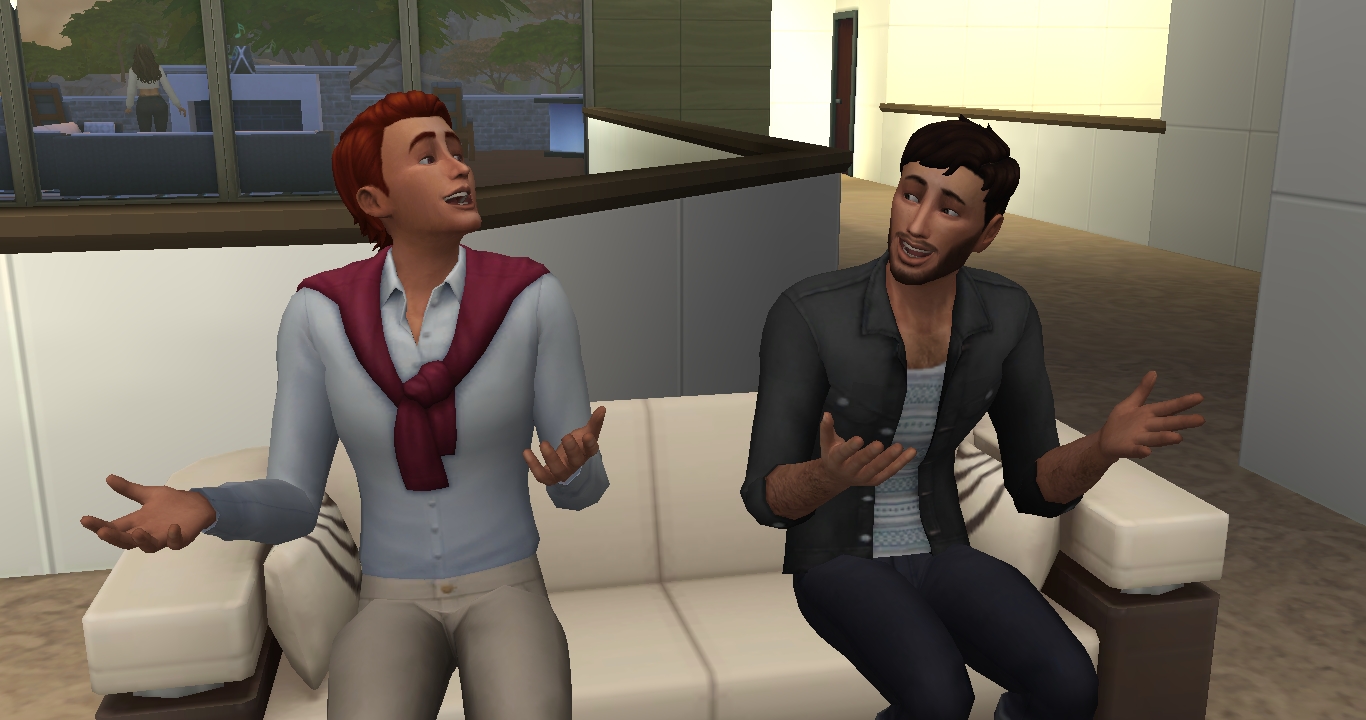 Todd: Aaah, I see. So you’re still with your ex? Uh, I guess he isn’t your ex or whatever, whoops. But aren’t you into Harrison now? I mean, we can all see how cozy you two are getting. What’s the deal with that?

Matthieu: Sometimes we walk down a path without knowing where it leads… 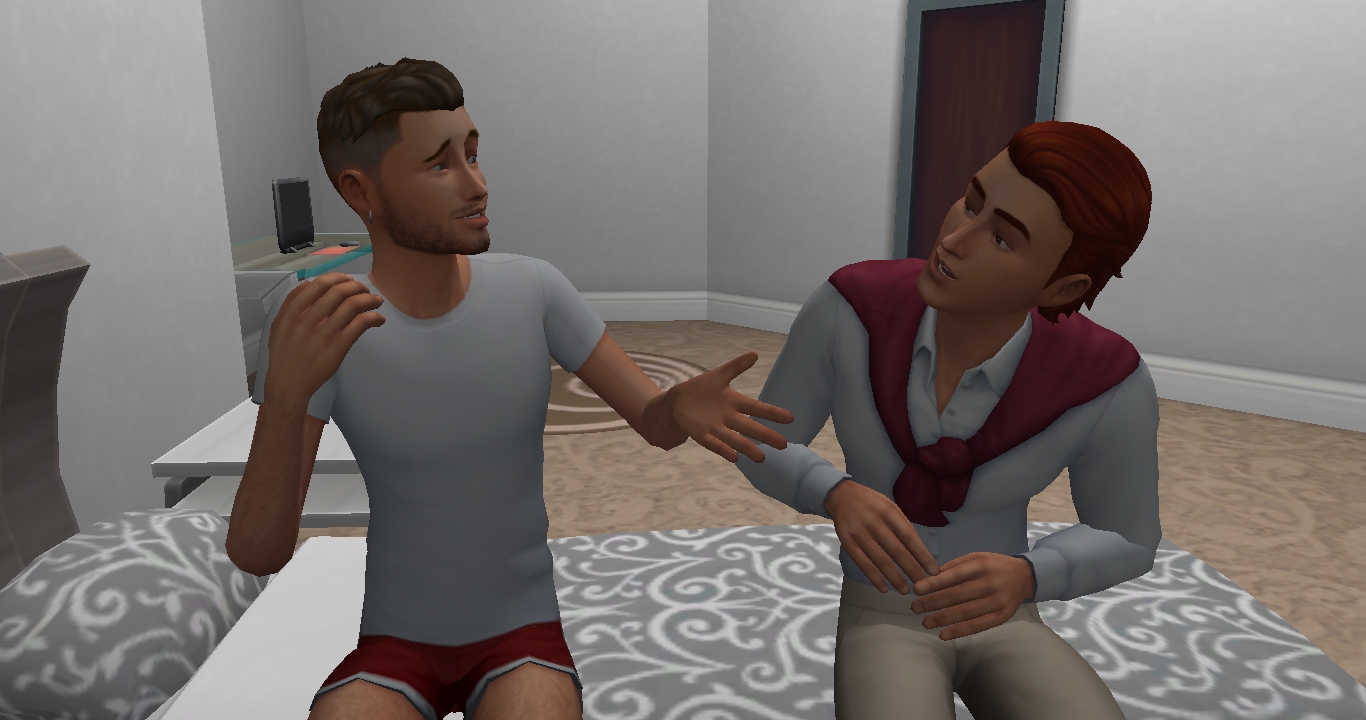 Todd: So, is there anyone you like here? Come on, girl, I knew you were on my team since Day 1. We gotta stick together! Now spill, let’s hear all the juicy gossip!

Todd: Oh honey, your secret is safe with me! Don’t worry about a thing. 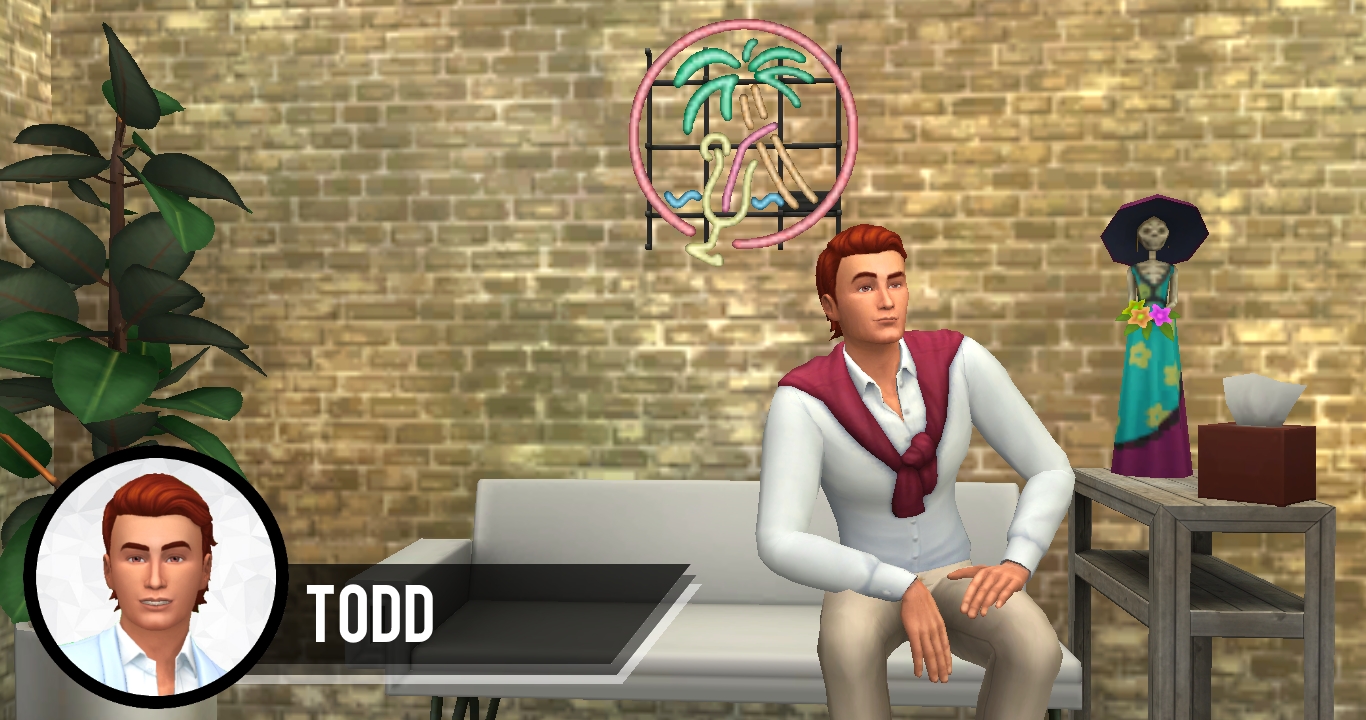 Todd: I know it looks bad, but hey, like Charlee said, it’s eat or be eaten. I have to make sure to know what’s going on so I can use it at the right moment. This competition is too important to just coast along, I have to take matters into my own hands. 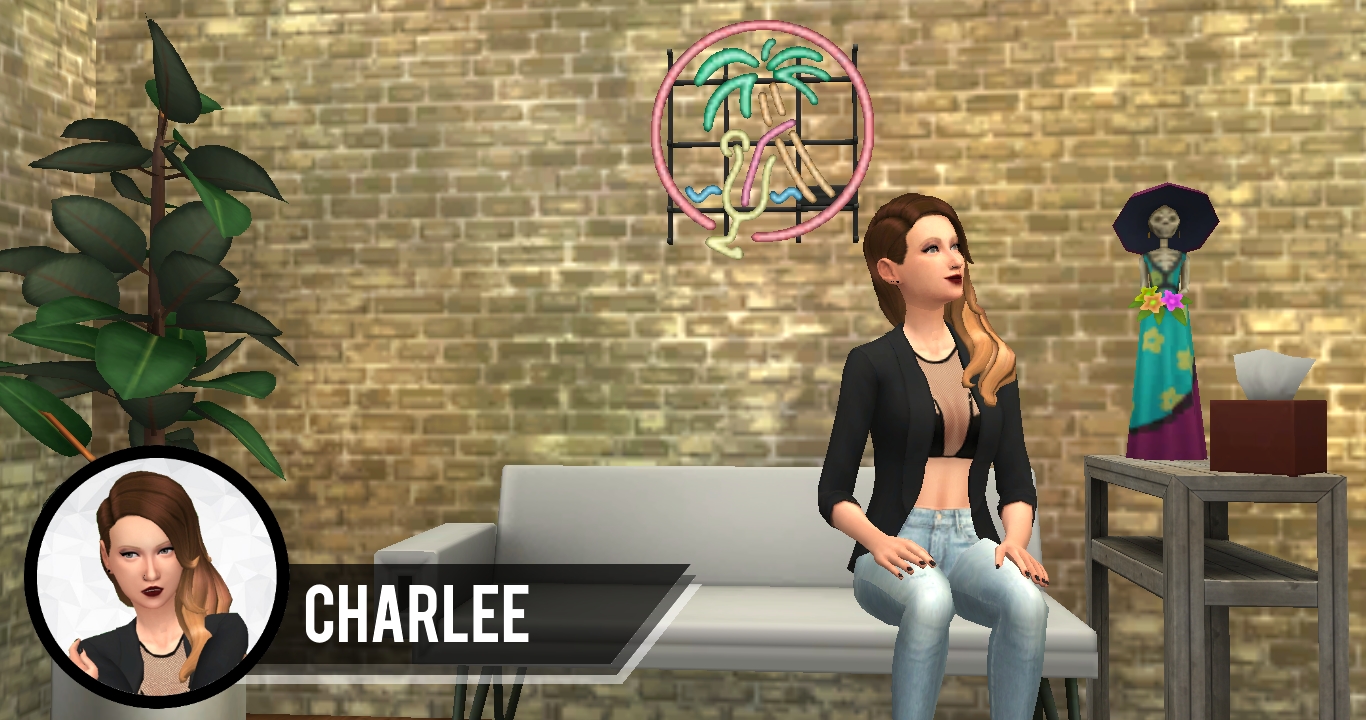 Charlee: Now that Todd is doing my bidding… I have to do my own sabotage. I have my eye on someone, and I know exactly how to get to her. Time to put my next plan into action. 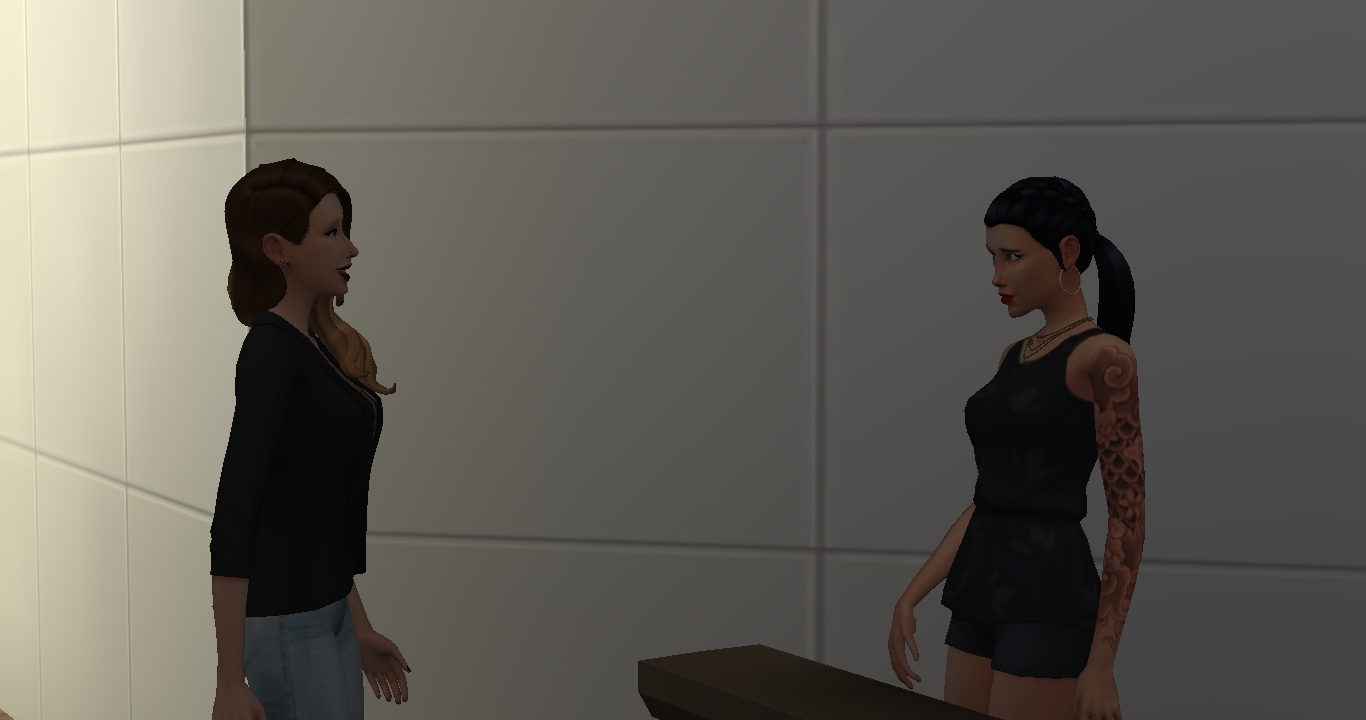 Charlee: Hey Jessie, you’re looking beautiful tonight! How about we go for a drink, I’d love to spend some time in the company of a beautiful lady like you!