Once the contestants are back from their break, Jessie’s critiques are next. 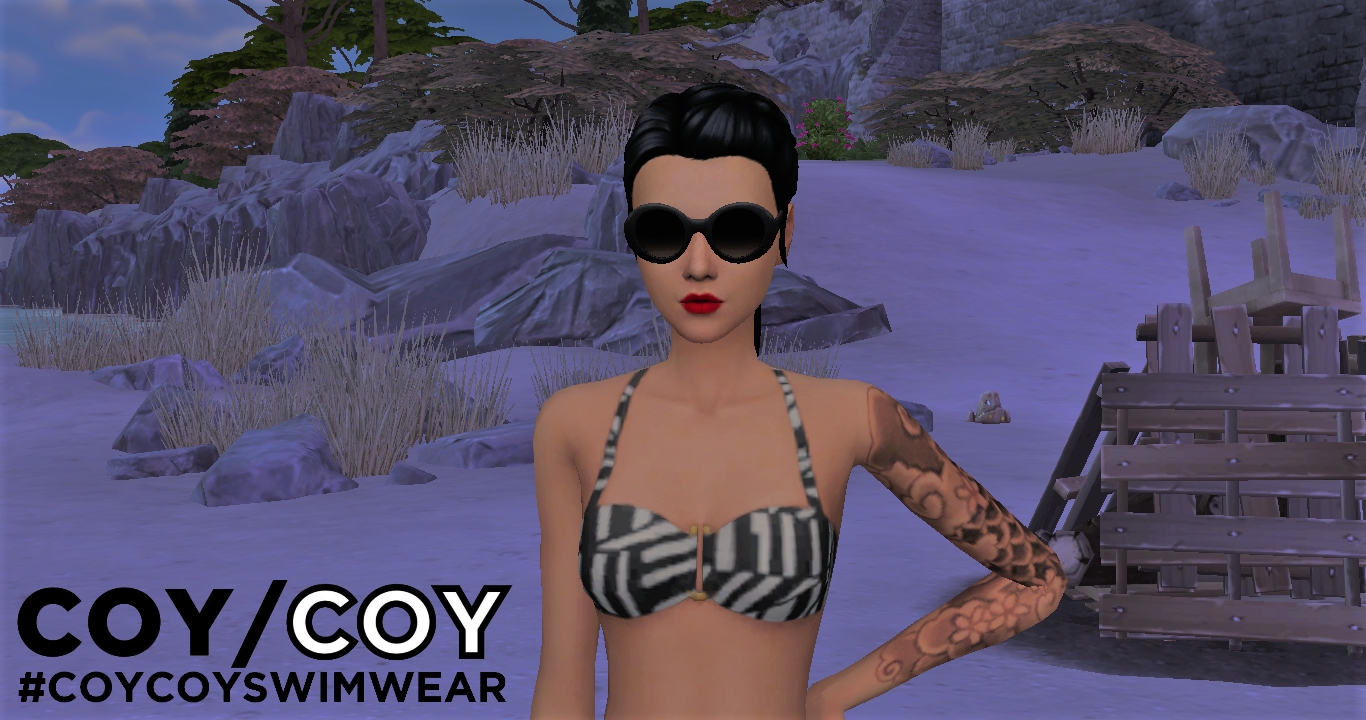 ajmkv: Jessie, your full body shot is incredible! You look like a no-nonsense fashionable binch and I am living for it! I love your swimsuit, the glasses, your sleeve tattoo, it all works so well! I don’t think the glasses do you any favors in the solo shot, but hey, the overall effect is so strong and I can’t really find many faults in this. Super job, congratulations mama!

Jdbw: Easily, far and away, miles in front BEST of the girls. That hand on back / wide stance pose with the sunglasses is giving me all the supermodel diva teas I needed for this shoot. Sure your beauty shot lacks some of the same power, glasses shoulda come off Gaga, you still have the best attitude to really SELL that bikini. Did anyone say you looked like Inna sis? Hot, Amazing, Heaven.

A viewer is not feeling this shot, though:

@clairecouture I know why Jessie is wearing sunglasses AT NIGHT: she’s using them to cover up that hideous and pressed face. The secret is out, you’re basic! #overher #sunglassesatnight #smh

Up next we have Enca. 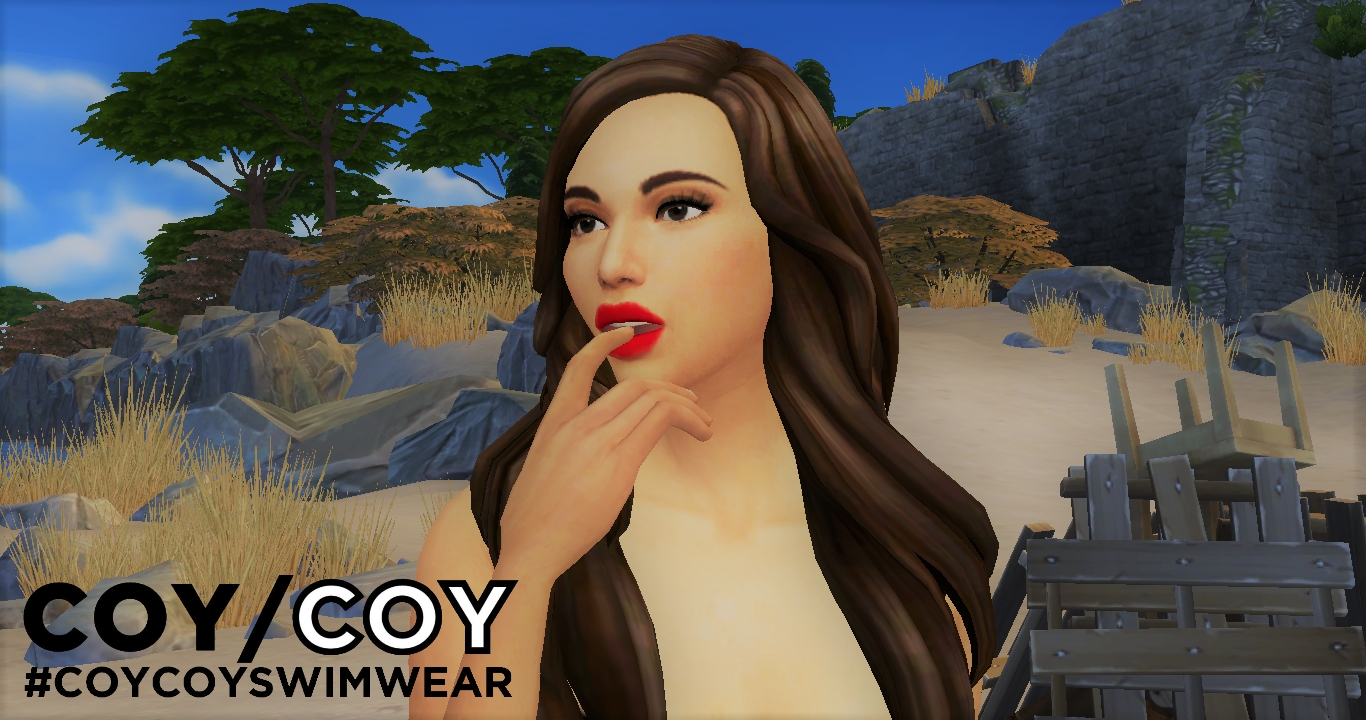 Jdbw: Well this is a surprise. No, not that you couldn’t go the whole shoot without putting something in your mouth (I mean Deep Fried Patty isn’t here to fill that void now), but that you really didn’t slay this challenge like I wanted you to. Your brand is pure water-soaked love-drenched sexy and, yet, I’d have barely noticed you in the group shot if it wasn’t for that finger-gnawing. Underwhelming sis.

ajmkv: Enca, I want to love this, I really do… but I don’t. The finger in your mouth worked for your promo picture, but I want no more of this, please. You were at the beach! You could have done so much more! So many of your music videos happen in bodies of water, where was that fantasy this time around, queen? I’m rather disappointed, but it’s not an absolutely horrible shot… it’s just mediocre, and that’s something you’re not!

A viewer calls for justice:

@callmegawdesk Who is going to vote this weekend? Don’t vote Owen, vote Enca! The mayor we really need! Hot tubs for everyone, peaches at every meal, love on every body! #justice4enca #enca4mayor #loveonmyballot #takeabiteofthispeach 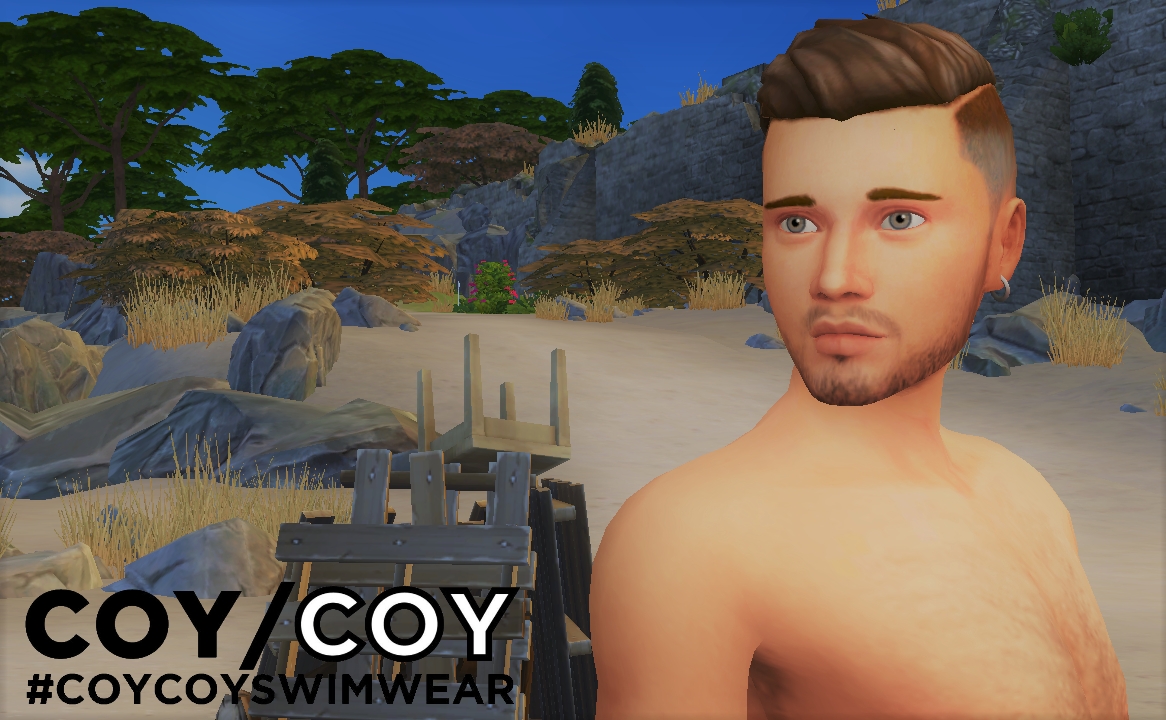 ajmkv: Harry, you look dreamy. I love those eyes and your pouty lips. You have a face that millions of boys and girls would be dying to see every day! And that pose, that booty don’t lie! I’m happy you came out of your shell, I know you were nervous about this challenge. Congratulations for that. However, I do think that your pose was a tad too exaggerated, and it kind of looks like you’ve broken your neck from spinning around too hard. You could have reeled it in a tiny bit and it would have been perfect.

Jdbw: I know this is a tough gauntlet for you to overcome, something so exposed as this (without alcoholic assistance kekeke), but it’s frustrating because you have all the elements to kill this competition—just in a jumble. Your face in the beauty shot is free of flaws, but where’d your neck go?  Looking for the nearest exit doesn’t scream model no matter how gorge that face is. That tooch in the group shot? Consider me salivating. But why are you hiding behind Matthieu? Come forward & own that lewk and you’ll start getting to the top (or not *wink*).

A thirsty viewer leaves a message:

Up next is our resident troublemaker, Charlee. 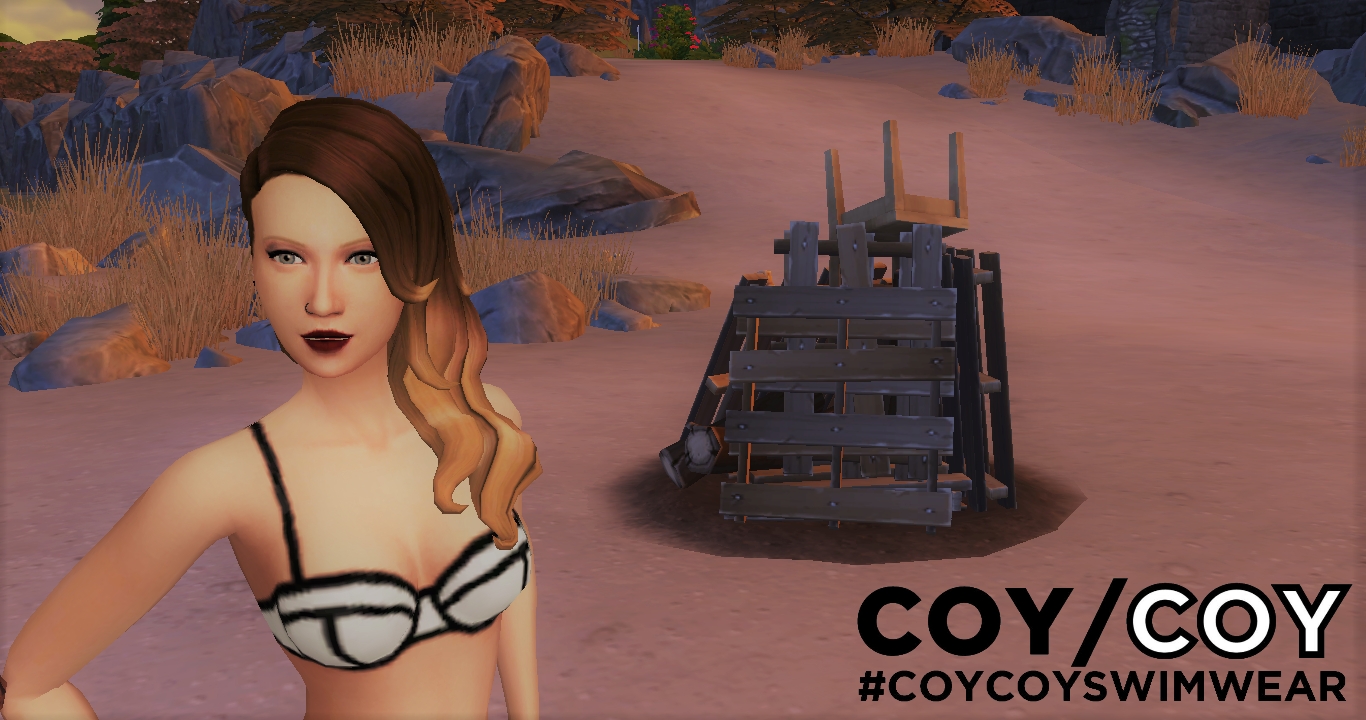 Jdbw: Gurrrl, you’re giving death eyes and vamp lips in the beauty shot and whilst I’m here for being siren-lured into a swimwear store of consumerist doom you need to check your Model 101 pose before you can start selling luxury goods. You’re stood next to Jessie in the group & she’s giving me VOGUE, you’re giving HOAGie of the white bread roll variety.

ajmkv: *cannot stop laughing at Jdbw’s comment* Girl, you look fab, but I can’t possibly add anything that would top that last comment. You’re beautiful, you look fierce, I think you’ll go far, but Jessie did the pose better and Marjan wore the swimsuit better. You better step it up, honey!

@sweetlikehoney Why wasn’t Charlee booted last week? She looks miserable every time she’s on screen, and this picture is no exception. Send her home already! #noclass #noass #nosass #allcrass

Our next-to-last contestant is Gabriel. 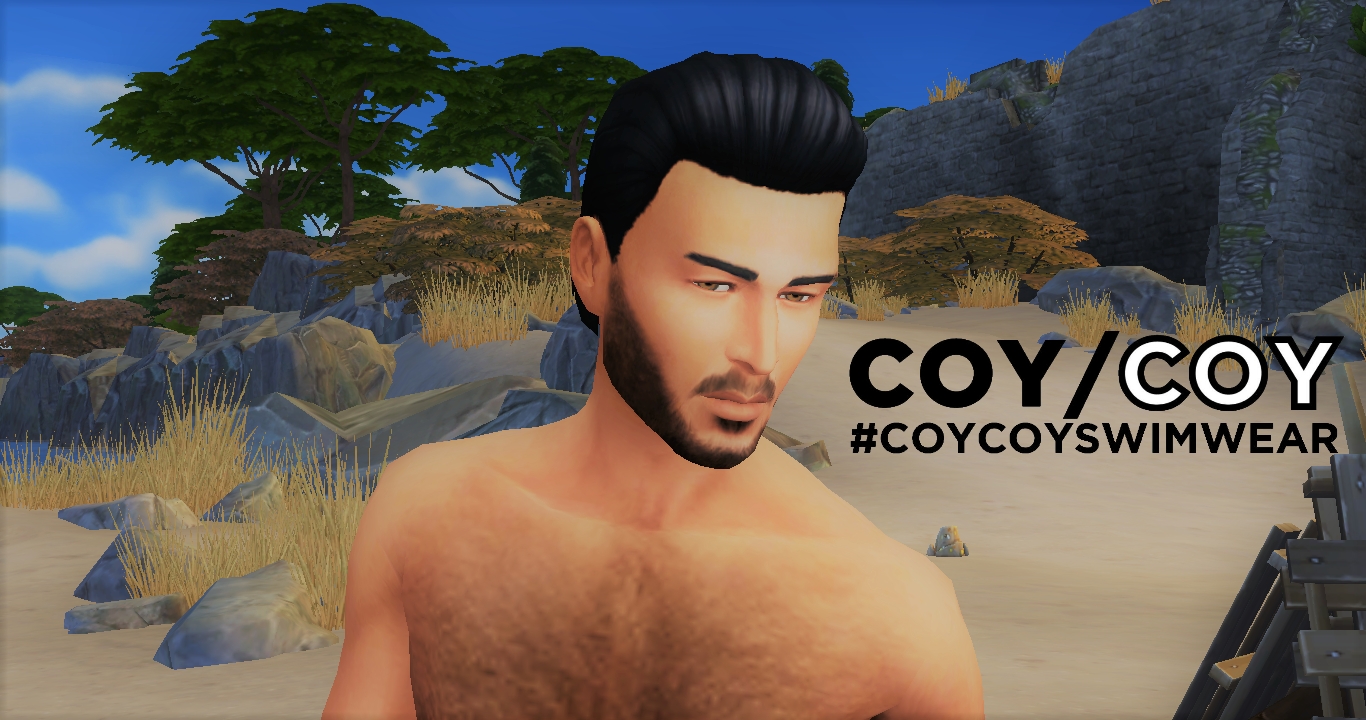 ajmkv: Daaaaaamn, daddy, we knew you had the goods, but you’re working both the group AND the solo shot. Your body is sickening, your pose is everything, and your FACE. That face could sell millions of swimsuits, records, condoms, you name it. Heck, it could probably make millions of panties fly off in seconds! You brought the smolder, you brought the heat, and you brought the sex appeal. This is excellent!

Jdbw: Rumours might be flying around the house about your… indiscretions, Gabriel, but heck I’d probably tap that too if you shot me half as intense a stare as in your beauty shot. It’s beautiful, it’s perfect you look like a Miscellaneous Dolce & Gabbana guy, you’re a model. If you smoulder any more I might have to call the Forest Rangers to put out the blaze. You might not have been top 3 in the group shot for me but you were very very close.

The thirst is real for this viewer:

And last but not least, Louise. 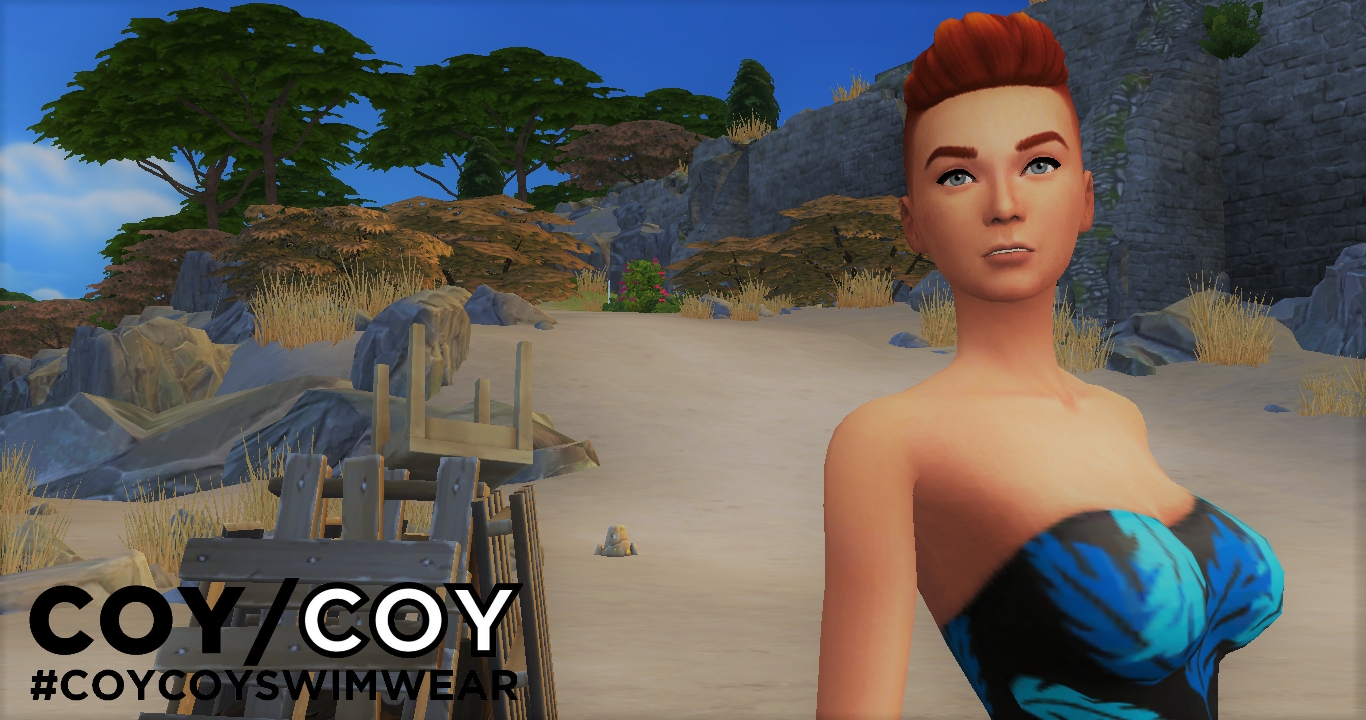 Jdbw: Oh you were here for this? Sorry, I had no clue. Seriously it takes a serious amount of talent to wear the most eye-catching swimsuit, clash it perfectly with your flaming butch philosophical Kween aesthetic and still not stand out. You look baffled in the close-up, not modelesque and you were outshined by plastic boobs and a peachy butt in the group picture. Not a good week.

ajmkv: I don’t know… I kind of like the solo shot. I think you look beautiful, albeit a little lost. I don’t think it’s a terrible shot, but I do agree that you get lost in the group shot. You had the most unique pattern out of all the swimsuits, how did you manage to not stand out? And don’t tell me that it was because Enzo placed you in the back, because Todd was also in the back and he slayed.

@feministmamasunited Louise looks amazing in this picture. Represent for the strong sisters in the world, girl! I have faith in you! #feminism #sister4sister

ajmkv: Now that our deliberation is over and we have calculated your scores, it is time to call out the names of the people who will be safe this week, and also reveal who will be up for elimination. The first name that I will call, and best picture this week, is…

Congratulations, Enzo. Even with three nomination votes, you still received a score of 9 and are the winner of this week’s challenge! You have won a solo campaign with Coy/Coy Swimwear, and you are safe this week. Great job! 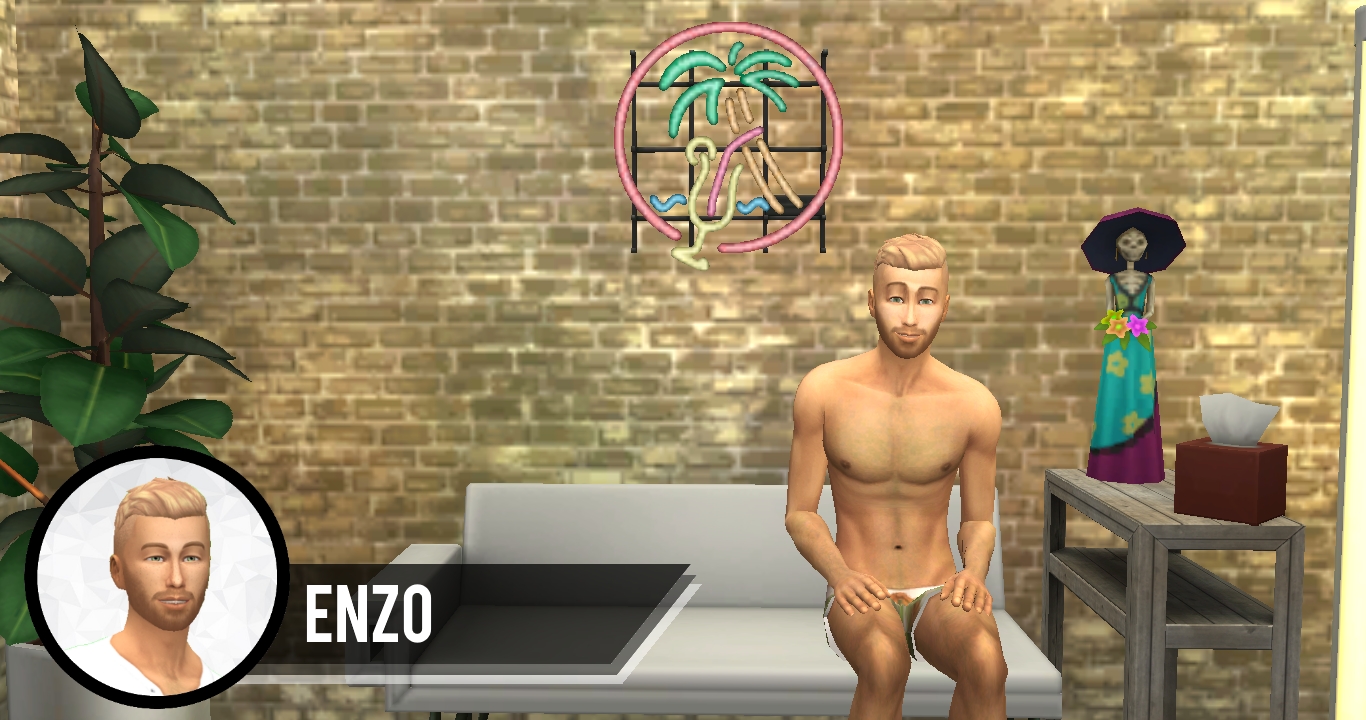 Enzo: I did it! I had a feeling this was my challenge, but I never imagined I’d have this much success. I’m feeling so grateful! 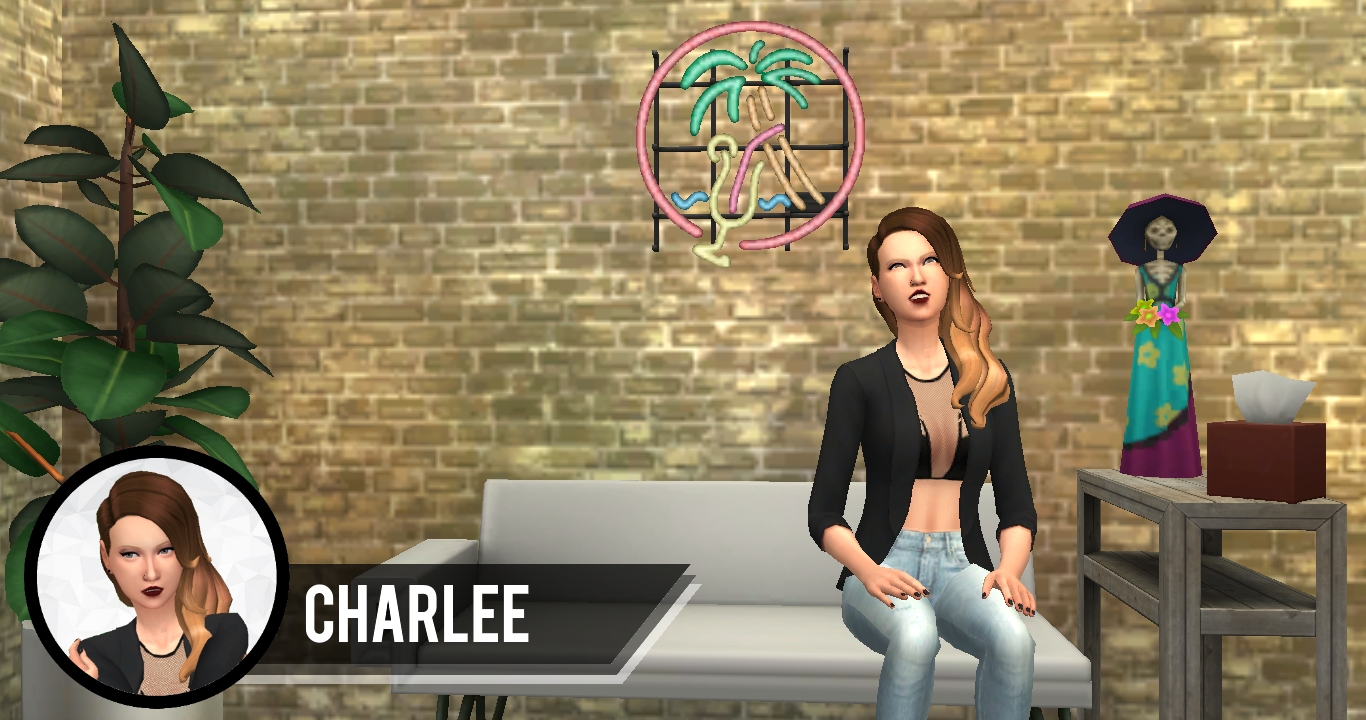 ajmkv: The next name I will call is…

You received only one nomination vote this week, and you performed very well in the challenge. You are safe, congratulations!

The next person to be safe is…

You may not be the most popular housemate, but you definitely are a hit with the viewers and the judges. Congratulations, you are still in the running.

Fourth place this week is…

You did an excellent job in the challenge. Make sure you cozy up to your housemates a little bit more so that next week you reach the very top!

The next name I am going to call is…

Girl, if it had been up to your housemates, you would have been up for elimination this week. Luckily you did well in the challenge and people seem to love your villainous ways. You are still in the running.

Congratulations! You were nominated by three of your housemates, and you received mostly mediocre scores, so you’re in the middle of the pack this week, but you are still safe.

You received the most nominations this week, with 6 of your housemates voting to kick you out! You were saved from the chopping block by your beautiful photo. Congratulations, you’re still in the running.

The next person I will call forward is…

You’re proving to be popular with your housemates, but the audience wants more from you. Make sure to step it up next week and you might find yourself back in the Top 5!

The next name I will call is….

You’re a little too close to the bottom to be comfortable, but you’ve performed well this week and that’s what’s saving you. Open up to your housemates and you might be able to gain more of their appreciation!

There are four people left, but only one will be safe from elimination… 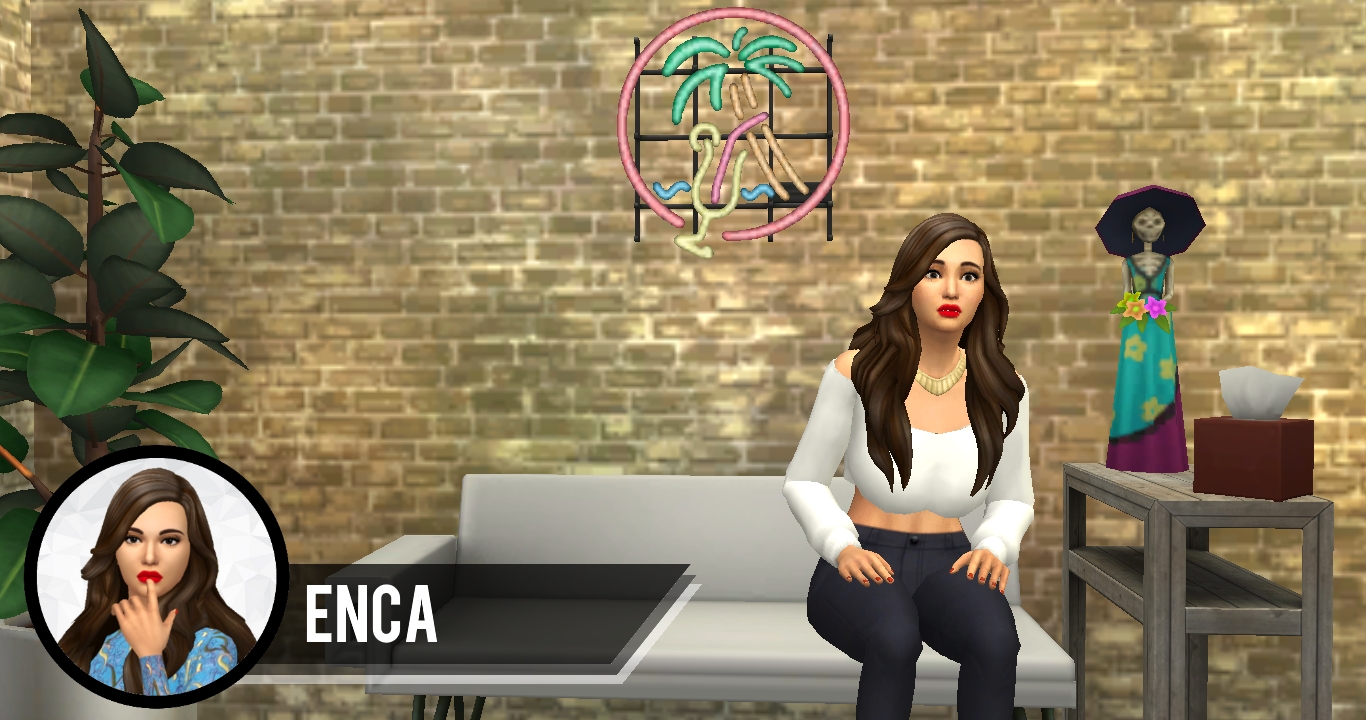 Enca: How am I here again?… 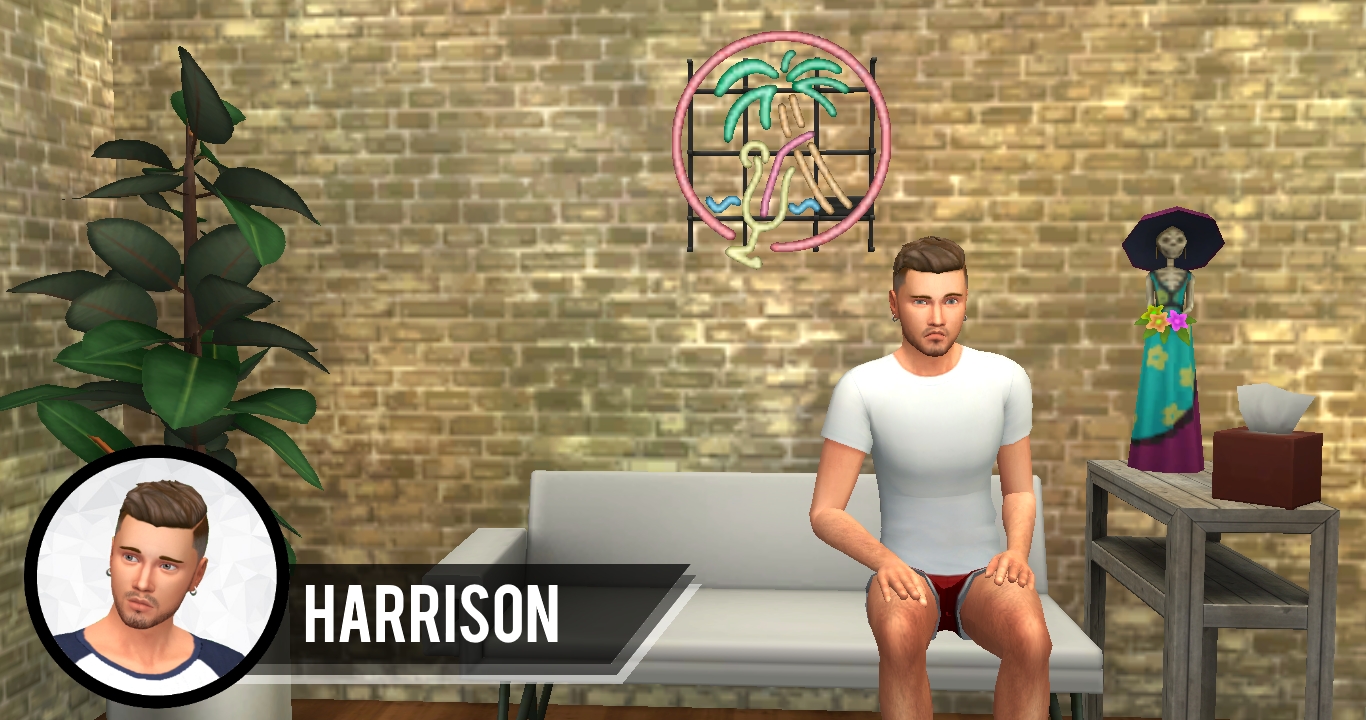 Harrison: Matthieu did better than all those other people! He shouldn’t be down there…. *sniffs*.

ajmkv: And so… the last person I will call… the person who is safe from elimination this week…. is….

Girl, I was surprised to see you down here since NONE of your housemates nominated you for elimination, but your performance in the challenge really made you plummet in the rankings. You would have had the FCO had it not been for the score being combined this week. Congratulations, you are still in the running. 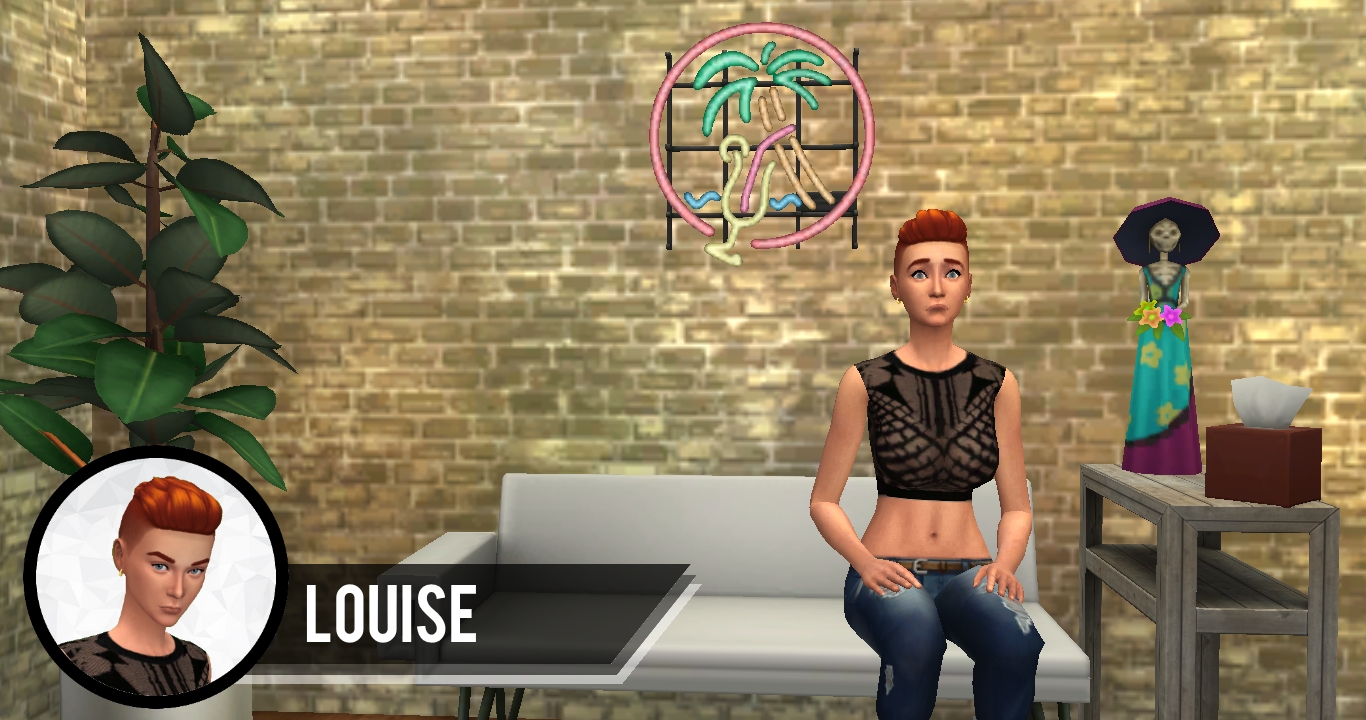 Louise: Man, I could have gotten FCO? I have to try harder next week! 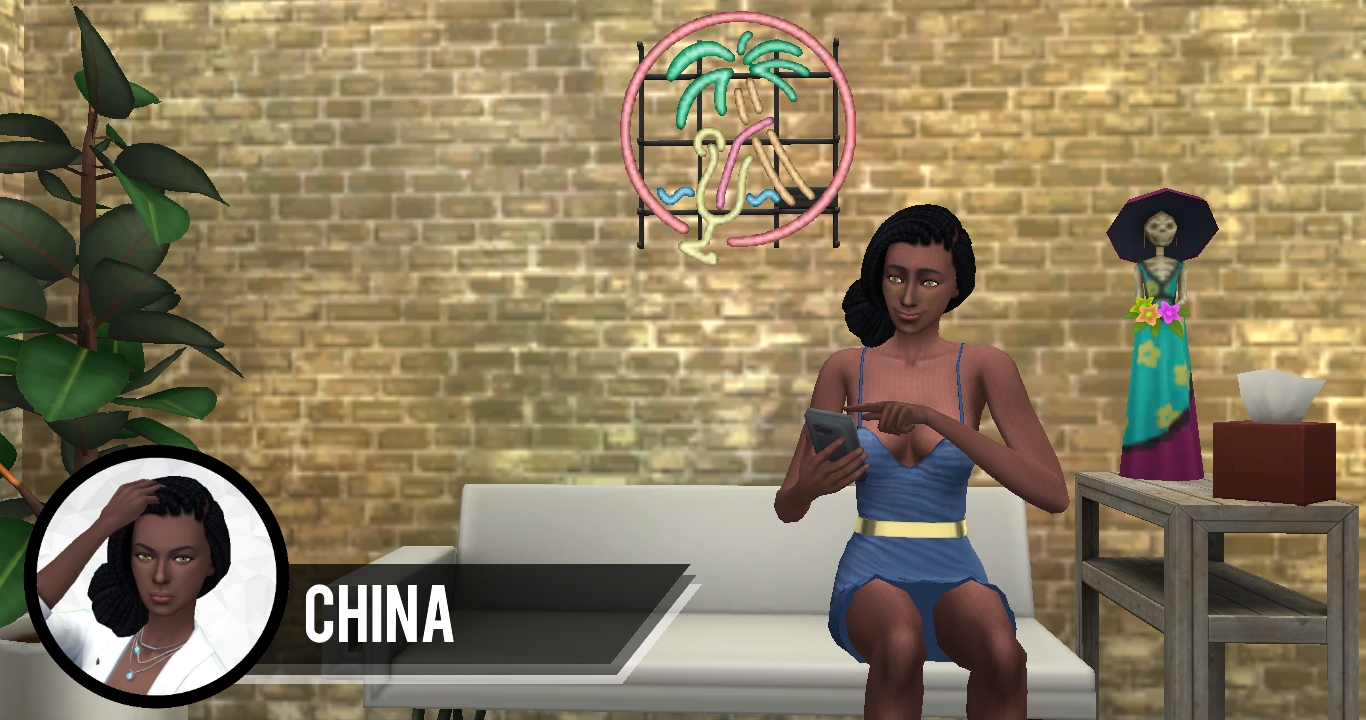 ajmkv: Which means that our three contestants up for elimination this week are Matthieu, Enca, and China. It’s up to you at home to vote for your favorite and to save them from elimination. Are you going to extend China’s work hiatus? Is it unfair that Matthieu is even here? Should Enca continue to work her charm in the house? Let your voice be heard and vote for your favorite contestant!