Welcome to the third elimination of Season 2 of Kev & Get It! It’s been a difficult week for our contestants, with makeovers, relationship drama, and gossip making its rounds around the house, but that doesn’t keep our contestants down! In fact, everyone seems to be relaxed right before the elimination ceremony, having a good time and enjoying the big house before someone has to go home. Matthieu has been feeling a little guilty about not trying harder to make friends with Enca, since Harrison seems to be very drawn to her, so he invites her to dance on the now empty stage where the challenge was held. 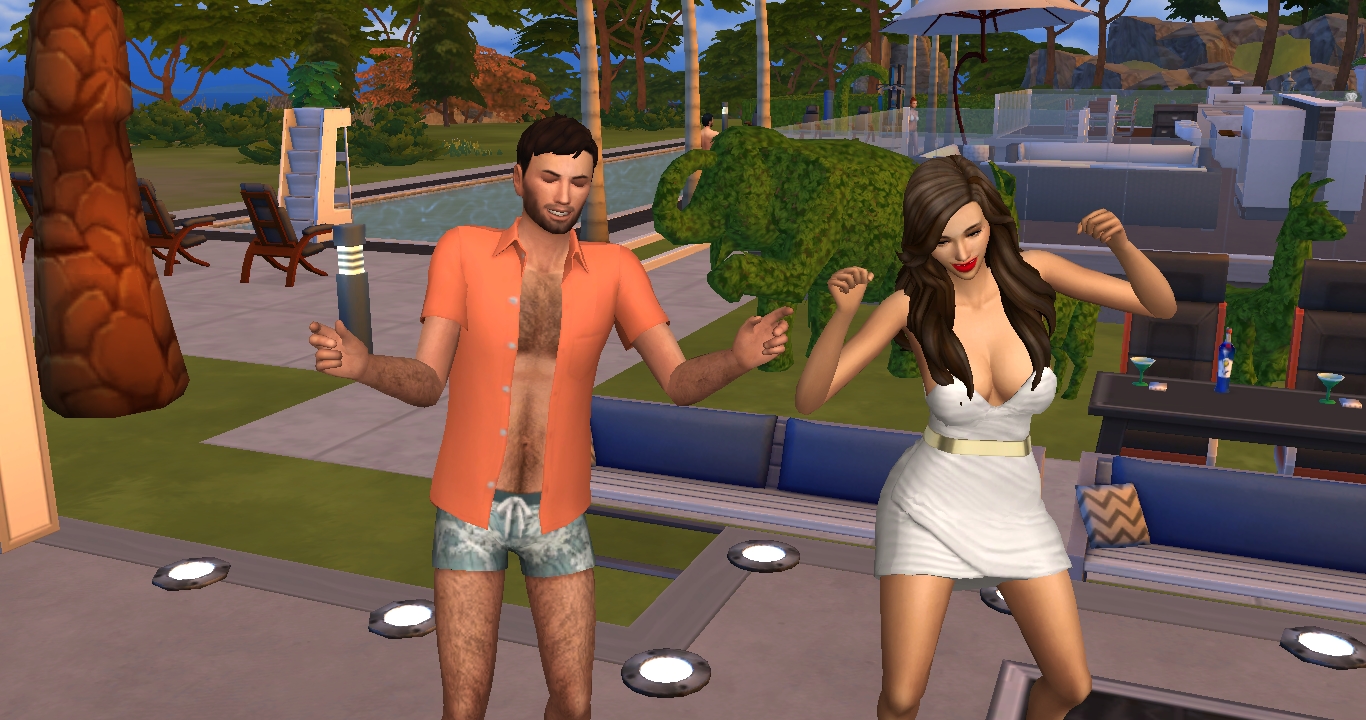 Matthieu: I’ve watched all of your music videos, you’re fabulous in all of them!

Enca: I know… but thank you! It’s always nice to hear positive things about yourself.

Matthieu: I really understand. I’ve been in my brother’s shadow for years, everyone seems to think that he’s the most creative, the most attractive, the smartest, and the nicest one out of the two of us; on top of that, he was also on this show first and it just looks like I’m copying him. It’s difficult to make a name for myself, so I totally get the feeling of being happy to hear positive things.

Enca: I come from a country where the music scene isn’t the most forgiving. It’s a small place, and everyone wants success, so there is a lot of competition. I went on a talent show to kick start my career when I was 15, but I didn’t pass the audition stage, and I felt so let down.

Enca: But you know what I did? I hustled, and forced people to know my name. And now? Sure, there’s a lot of competition, but I’m no small fry—I won Best Female Artist at the most prestigious music awards in Albania last year. And I’m 21! We all start somewhere, we make names for ourselves. You’ll do the same!

Matthieu: Thanks for that. It’s hard to get the self-confidence I need, so I’ve made bad decisions. It’s time to change all of that. 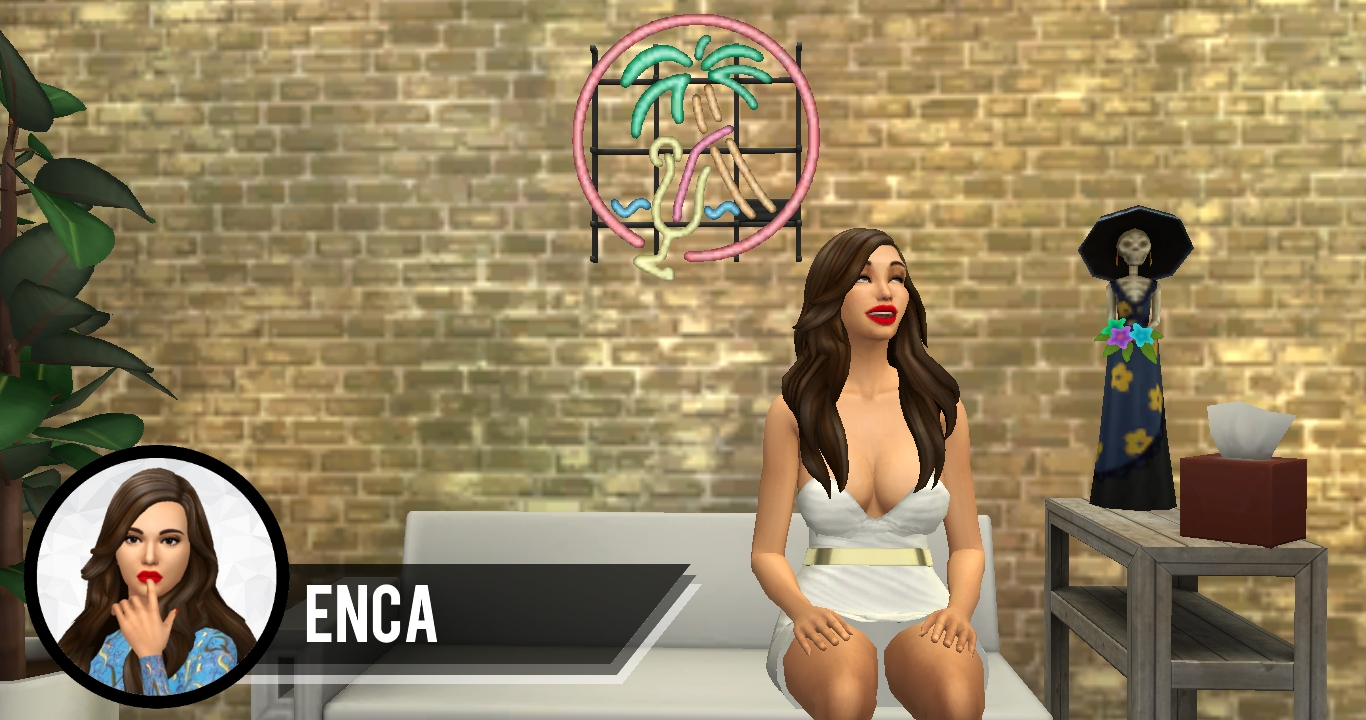 Enca: What a generous goddess, sharing knowledge with her adoring fans… I truly am a queen for the people.~ Truthfully, though, I would never have guessed Matthieu was insecure. I may have judged him too harshly, I think I should get to know him a bit more next week.

After everyone is dressed up for the ceremony, they all gather in the yard to learn the outcome of the fan vote. There is an air of confidence in our contestants, especially in the ones that won the challenge. Gabriel especially looks very happy, and his good mood is contagious. 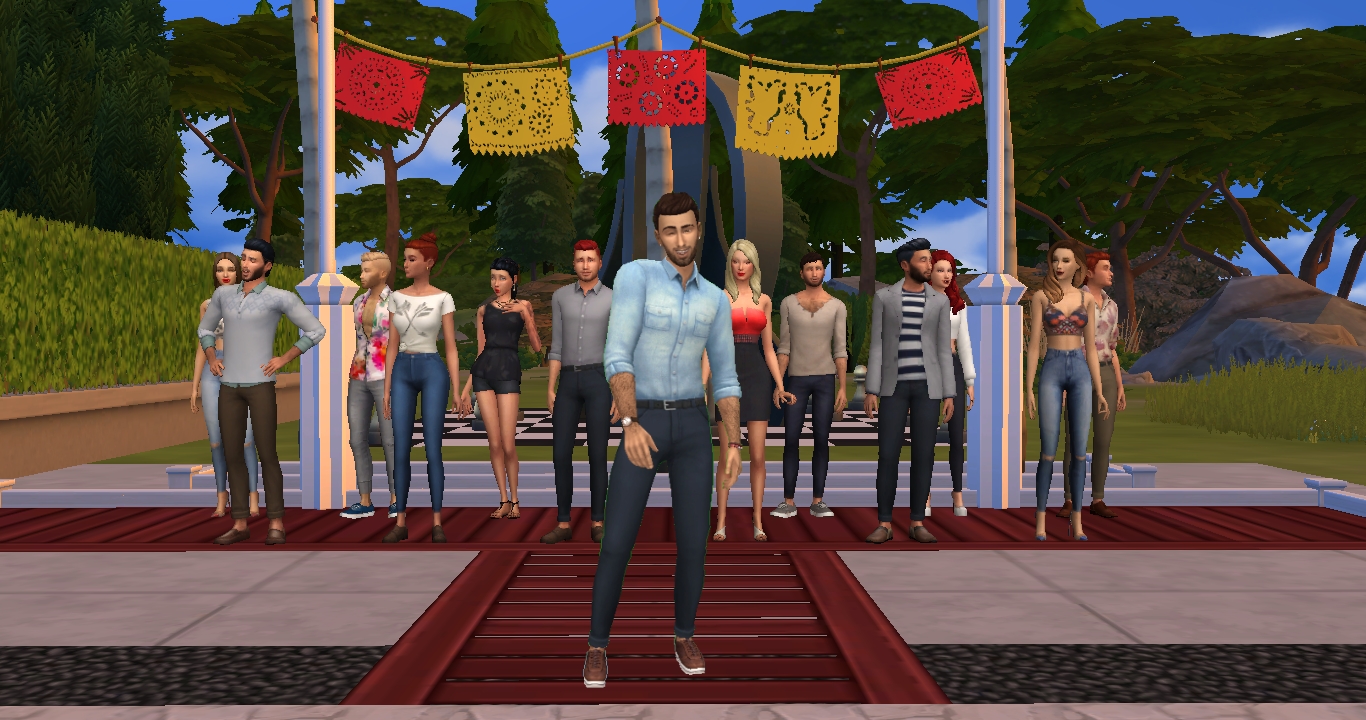 ajmkv: Welcome, contestants, to the third elimination ceremony of K&GI! We’ve already lost two of our housemates, and now we’re going to lose our third. Have y’all been nervous? I would be, if I were you! After all, do you remember what’s at stake here? Let me refresh your memory: the winner will walk away with 1,000,000 Simoleons, a brand new home, their own TV show on SimTV, and will also be the face of SimNation Media Corp. for a whole year. If that doesn’t make you hungry, I don’t know what will! 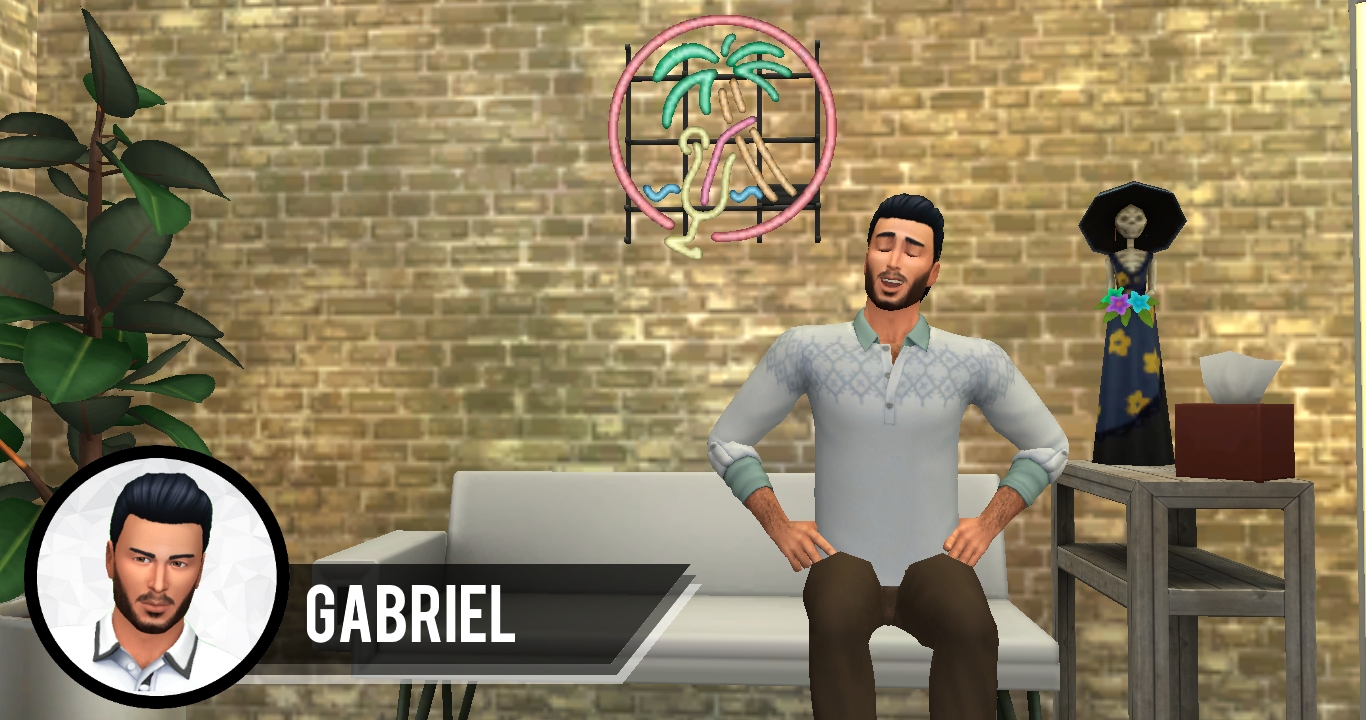 Gabriel: Does he have to say that every time? It’s only week 4 and it’s already getting old… 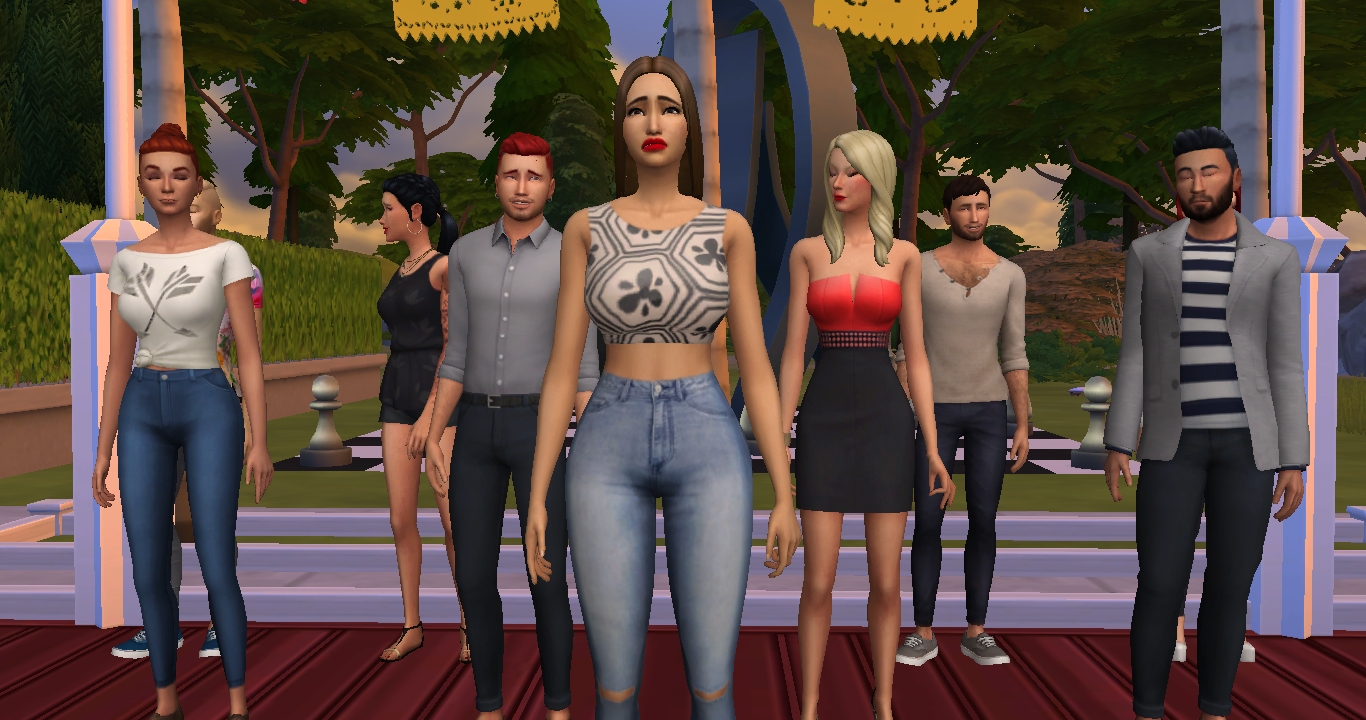 ajmkv: Enca, I really don’t like seeing you here. I’ve been your biggest fan from the minute you were cast, but I expected much, much more from you. This week, I thought the challenge was made for you, you’re a performer for crying out loud! The judges, however, thought that you were flat and uninspiring. For a celebrity of your caliber, this is very harsh but important criticism. What has been happening? 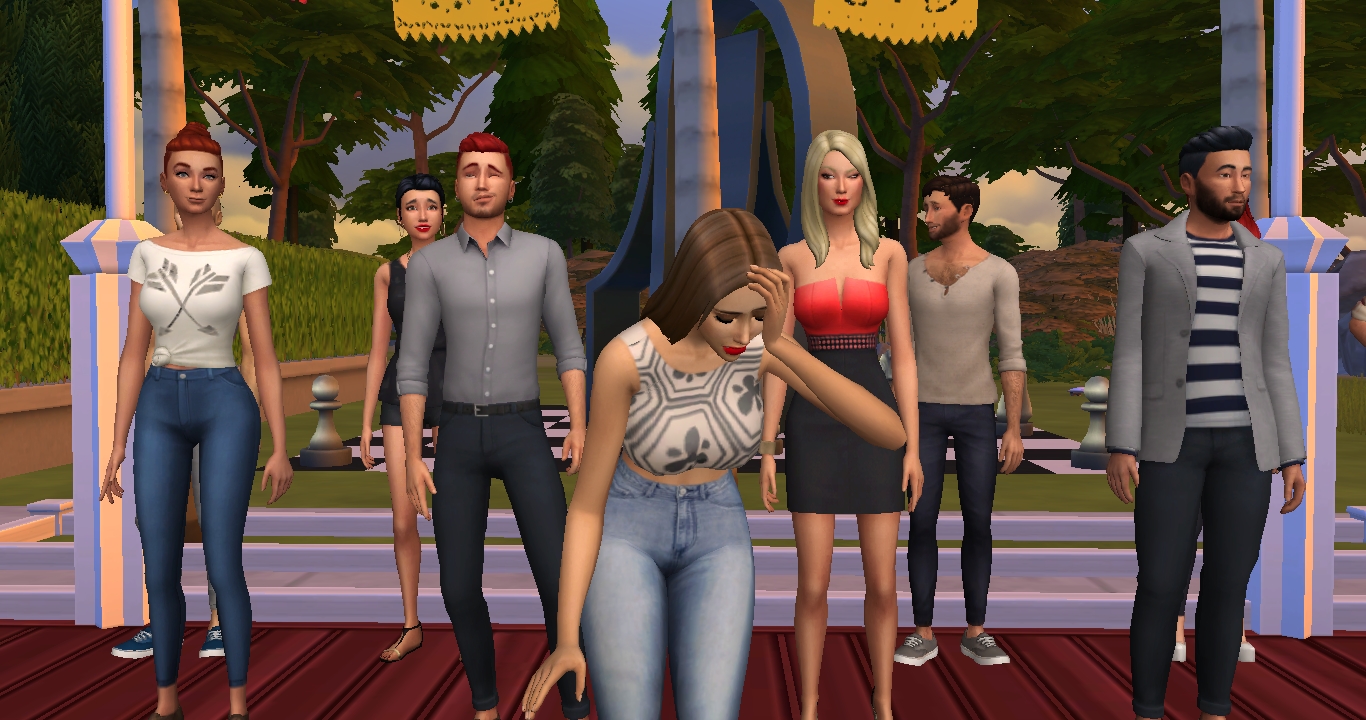 Enca: I honestly don’t know. I’m just speechless that I landed in the bottom three once again, this is not where I want to be, and I promise that if I make it, if the fans save me, I will be so much better. I don’t want to leave because of this challenge, I have so much left to show!

ajmkv: But are you really committed, Enca? Are you willing to let us see the shiny diva that we know and love and who’s currently hidden behind a wall?

Enca: I promise! I’ll do anything I need to do.

ajmkv: Well… it seems like your star power does indeed count for something. Though your lead was narrower than last week, you still won the fan vote, with 38%, which means that you are safe and moving on to next week! 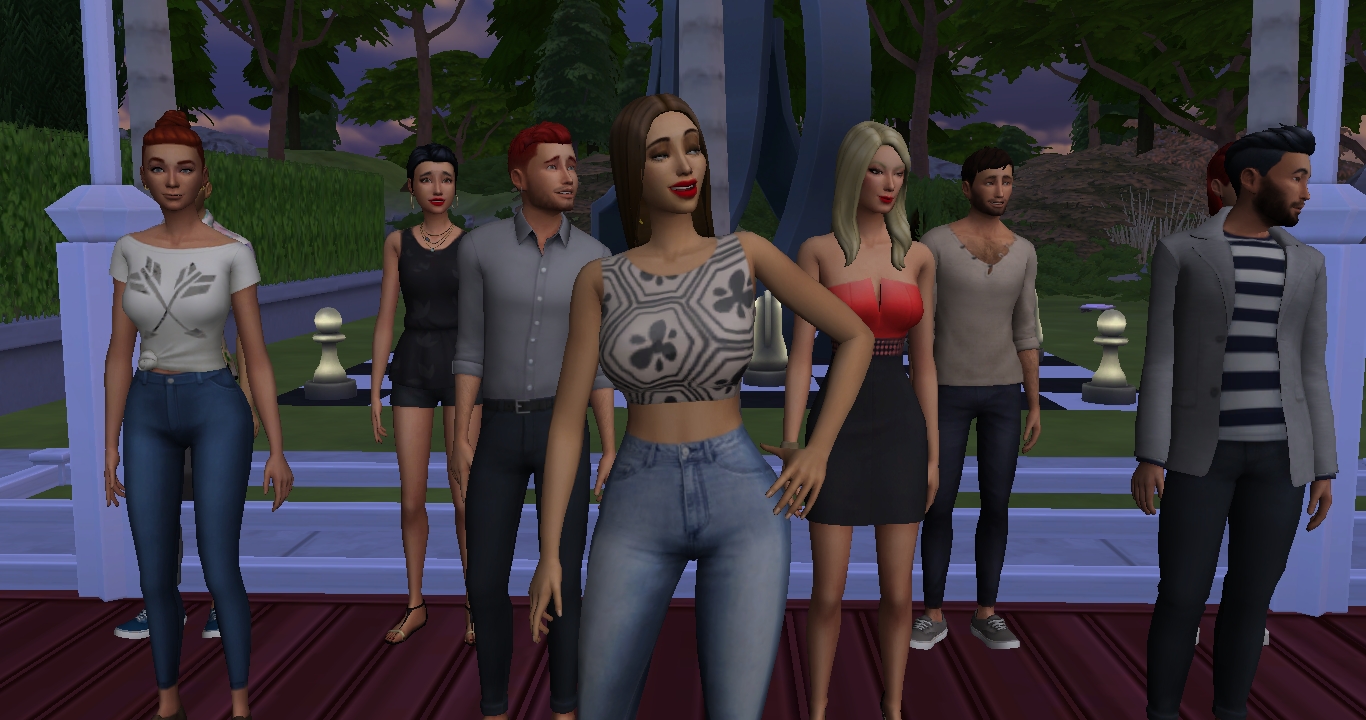 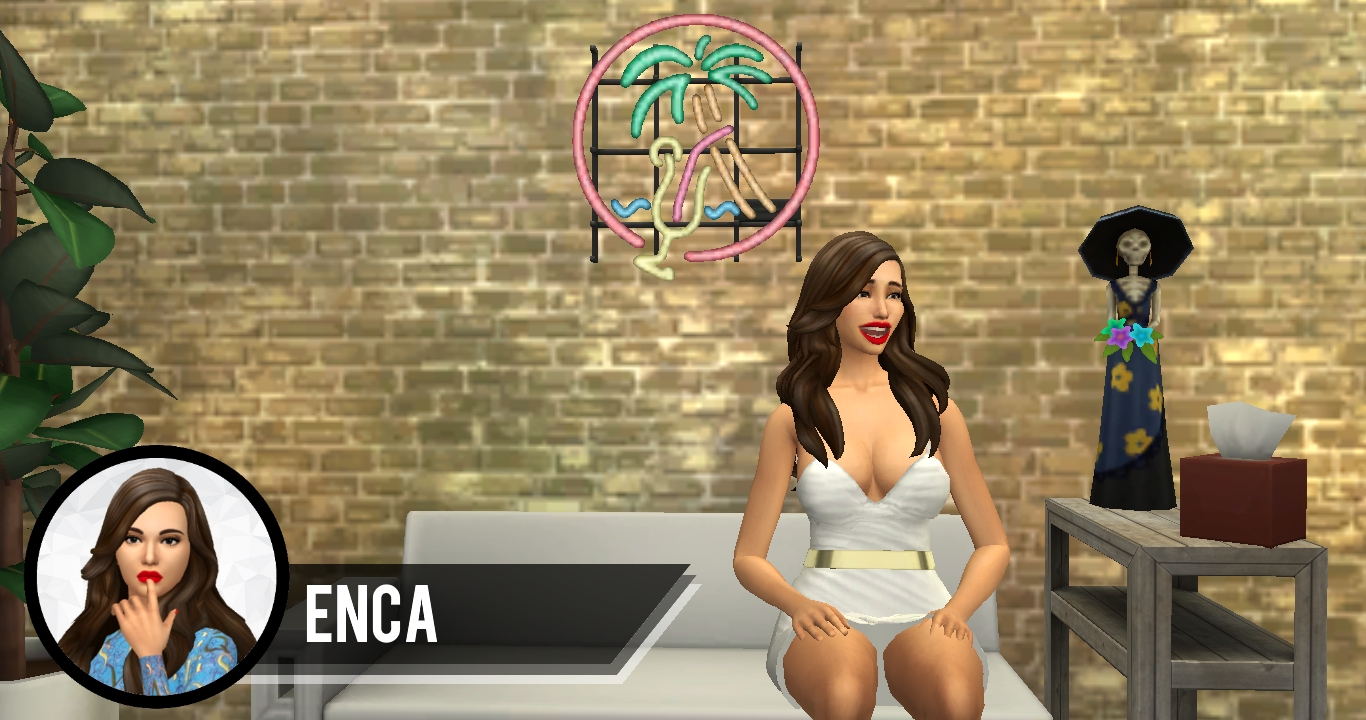 Enca: I am endlessly grateful! I really do think that this was an off week for me… and I know that I’ve only had off weeks in the competition so far, but next week will be different. I promise! I’m so happy this peach gets to glisten another day.~ 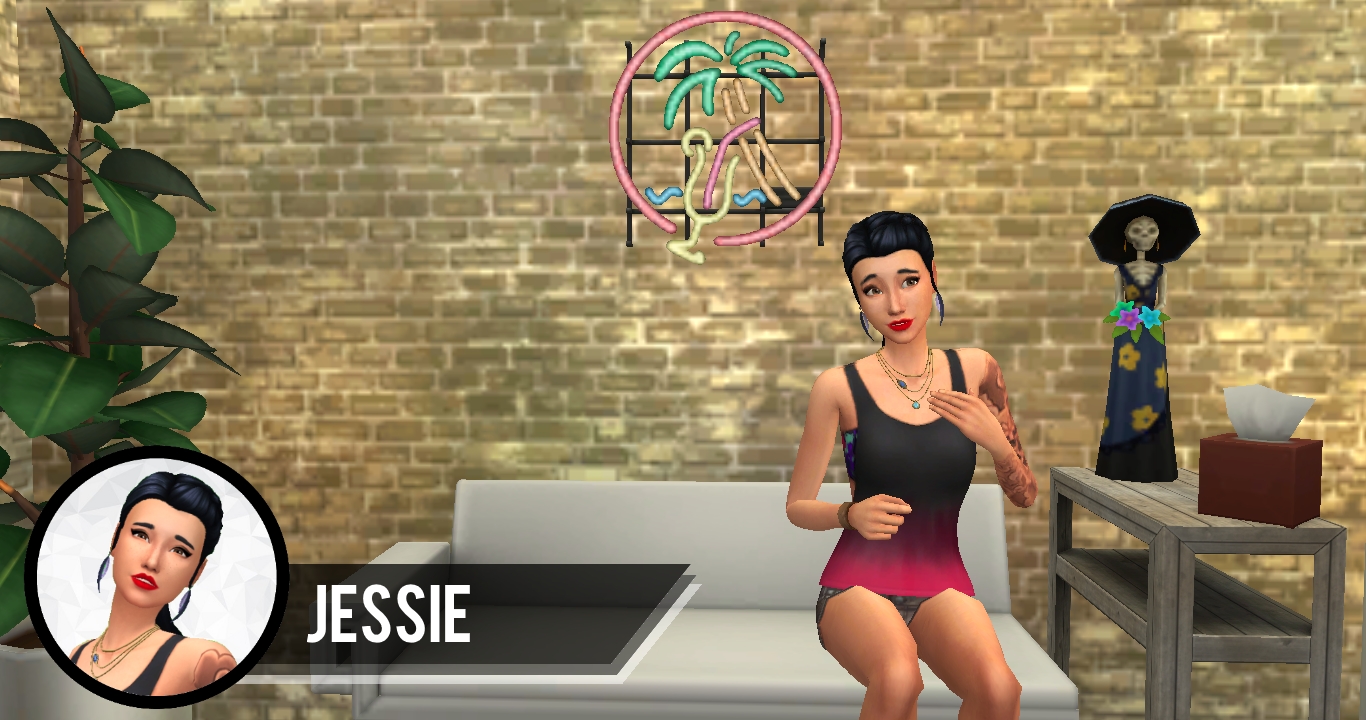 Jessie: Enca’s fans are no joke, but I’m getting a little irritated that she’s survived after three mediocre weeks. I’m not one to bring someone down, but I think that Mitchell really deserves to stay, and I wish he had been the winner of the fan vote instead. He’s a sweetheart and going farther on this show would work wonders on his self-esteem… I’m hoping he doesn’t go home, even if that means his crush does.

ajmkv: Now, Mitchell and Marjan… I’m really sorry, but one of you two is going home tonight. Mitchell, you performed admirably in the challenge even though I know that performance isn’t your strong suit, but… you didn’t impress the judges much. I want you to make it through to the next round, but it seems to me that you’re not ready for it. 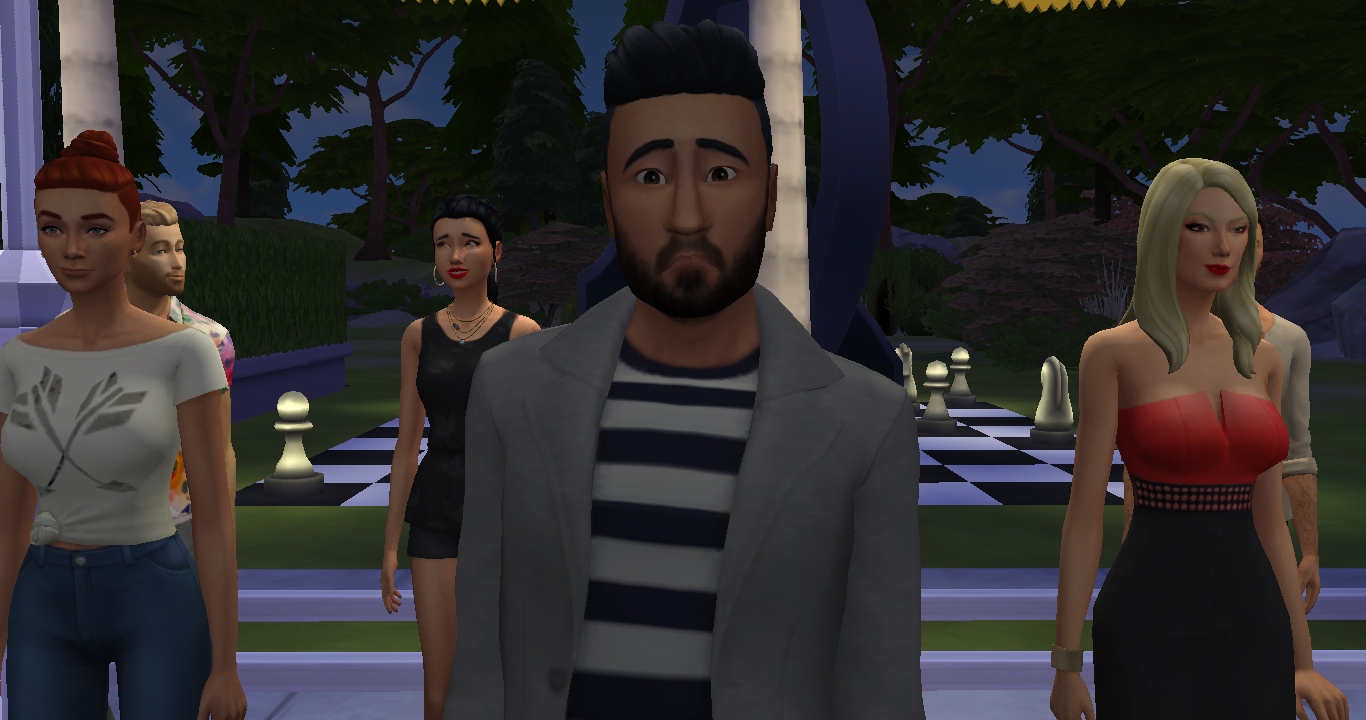 ajmkv: And Marjan, I think you’re not quite here. Is there something going on in there, girl? You’re lovely, you exude warmth and cheer, but your efforts here are superficial at best. You could be so successful, yet you’re seemingly happy with coasting and staying in the background. 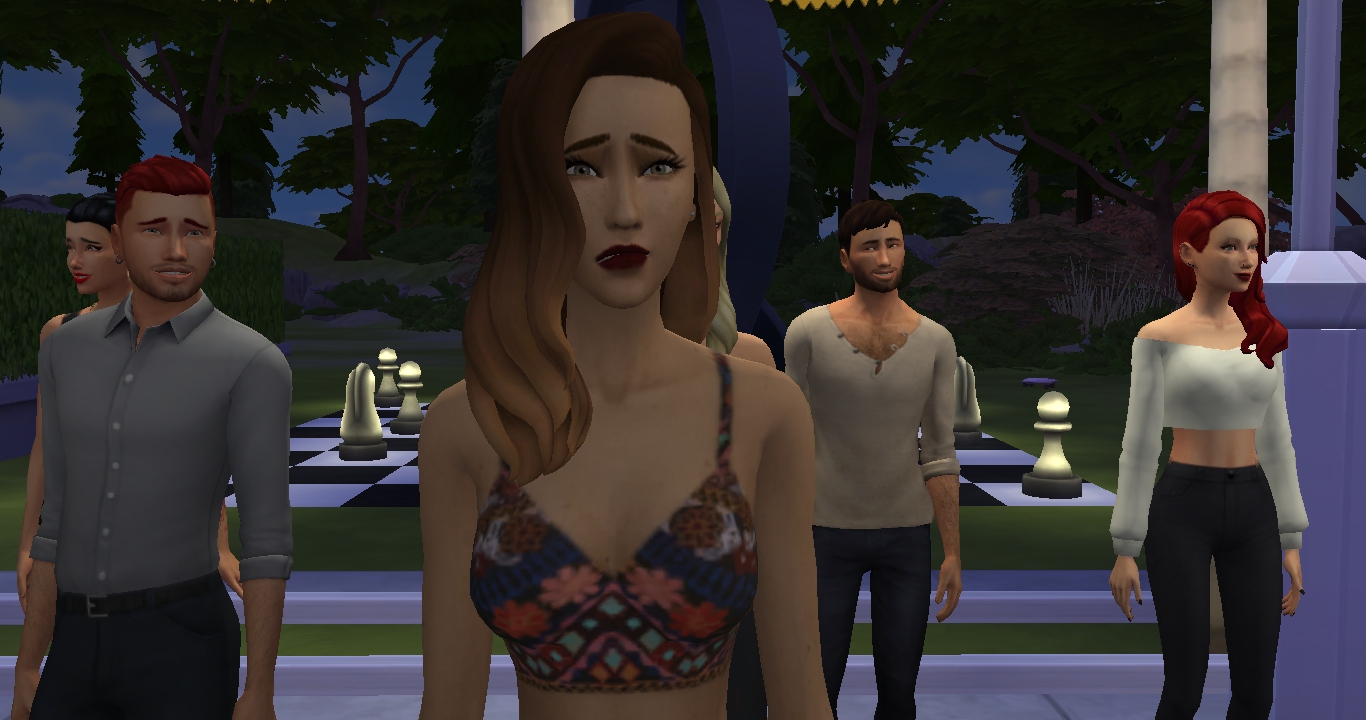 ajmkv: As much as I would like everyone to stay till the very end, I just cannot. One of you will not be continuing on in the competition. 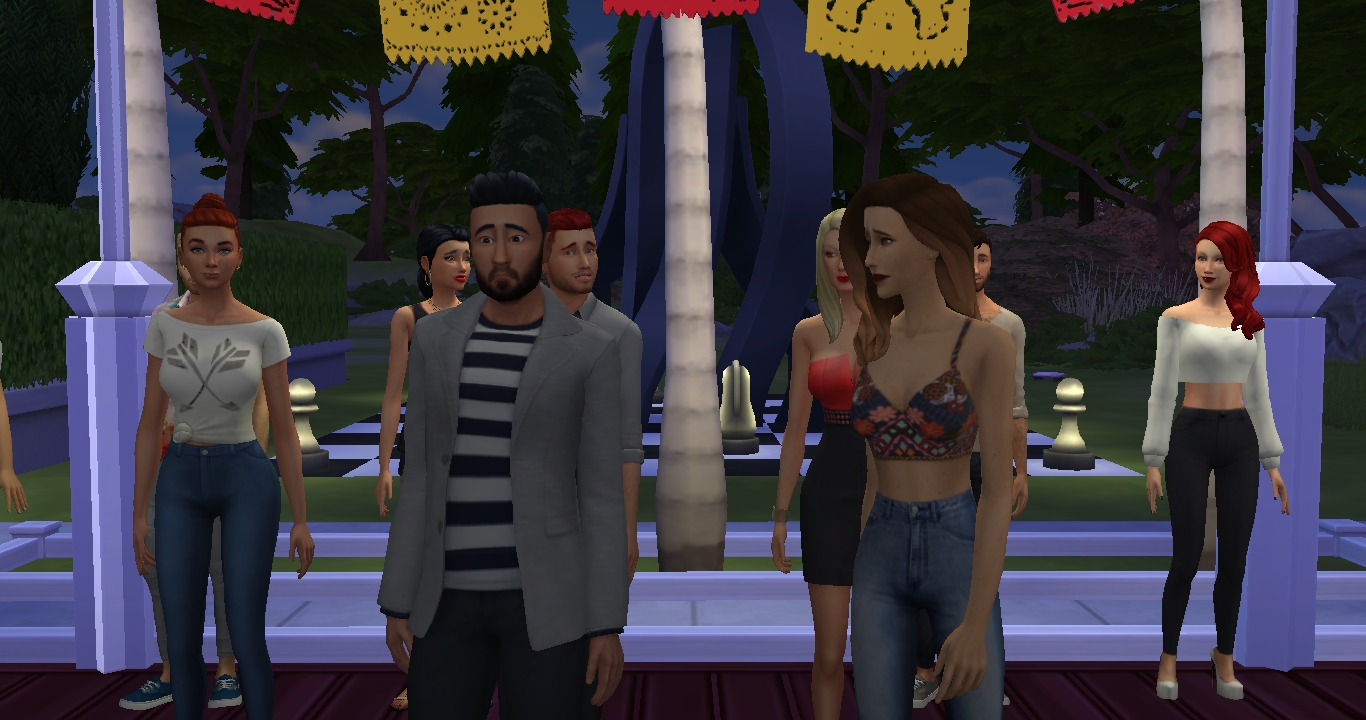 Marjan: Hey, it’s OK. I hope you make it! This house wouldn’t be the same without you, anyway…

Mitchell: That means so much to me, thank you. 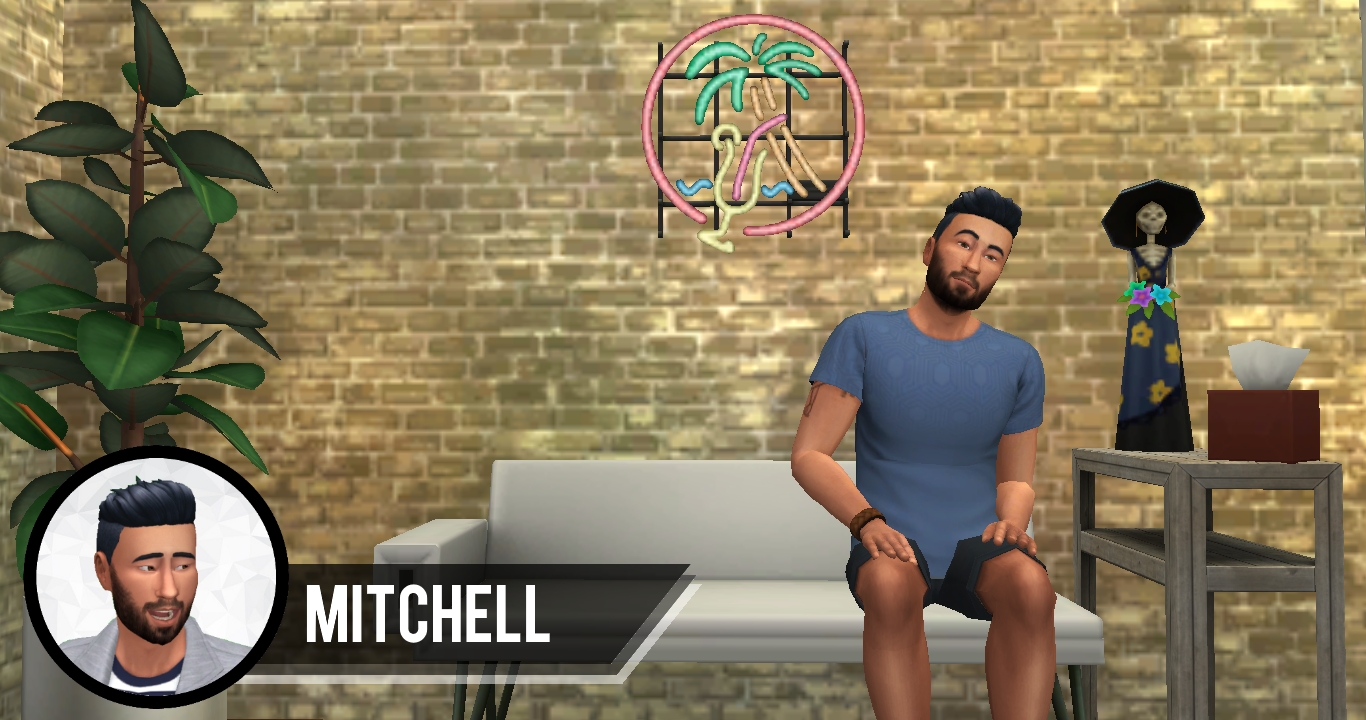 Mitchell: I could do so much in this house, but sometimes things aren’t meant to be. I’ve already grown so much in the last four weeks, so I would be OK with leaving… as long as Marjan keeps in touch! 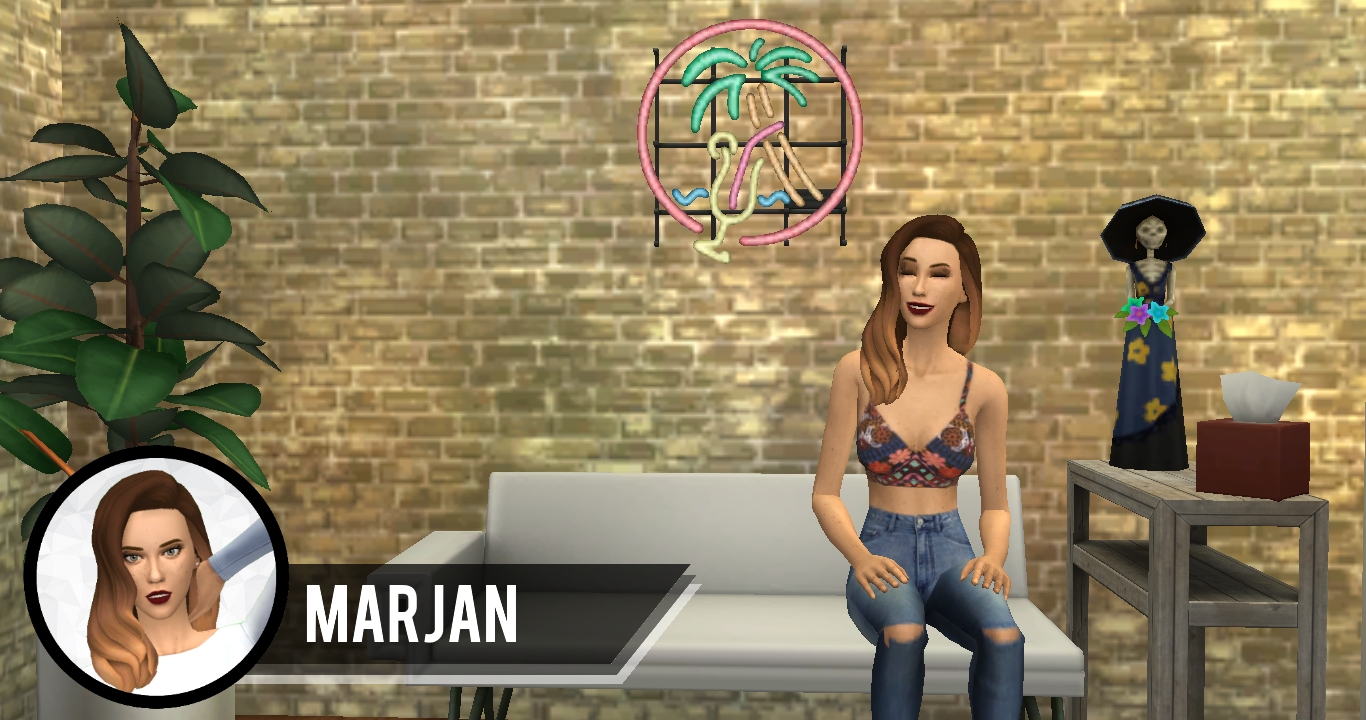 Marjan: I would miss him, yeah… quite a bit. I’ll miss him as much as I miss the point every time I have a conversation… is that a bad thing?… Anyway, like I miss my nail polish when I chew it off… or like I miss my backscratcher at home… oooooh, do you know about those? They’re sooooooo cool! I wish I had mine here, I used to scratch every day and it was sooooooo nice, and then I’d have a smoothie and read gossip blogs and lounge…

ajmkv: So, Enca had 38% of the vote, and you two either had 32% or 30%, which is not a huge difference. It seems like the fans were torn between you! That’s always a nice thing, but the show must go on, and it will go on with only one of you… and that person is… 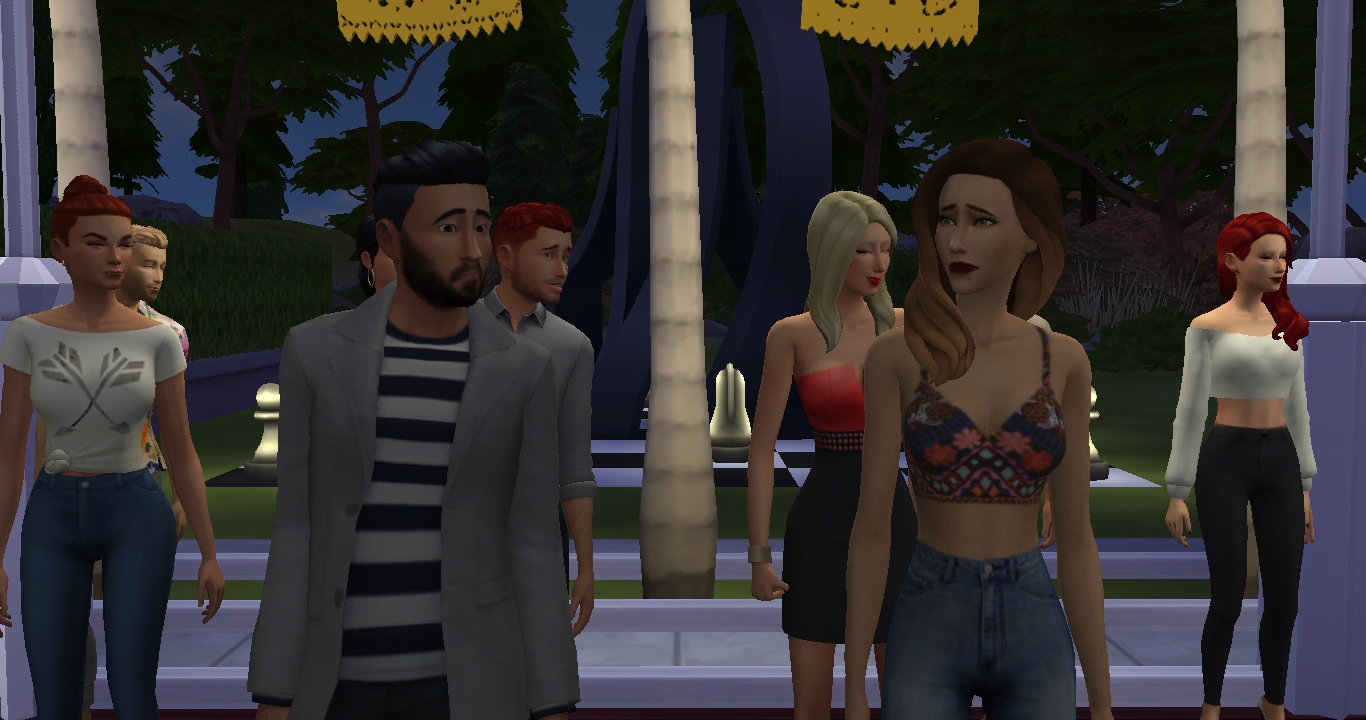 Marjan: *whispers* You got this! 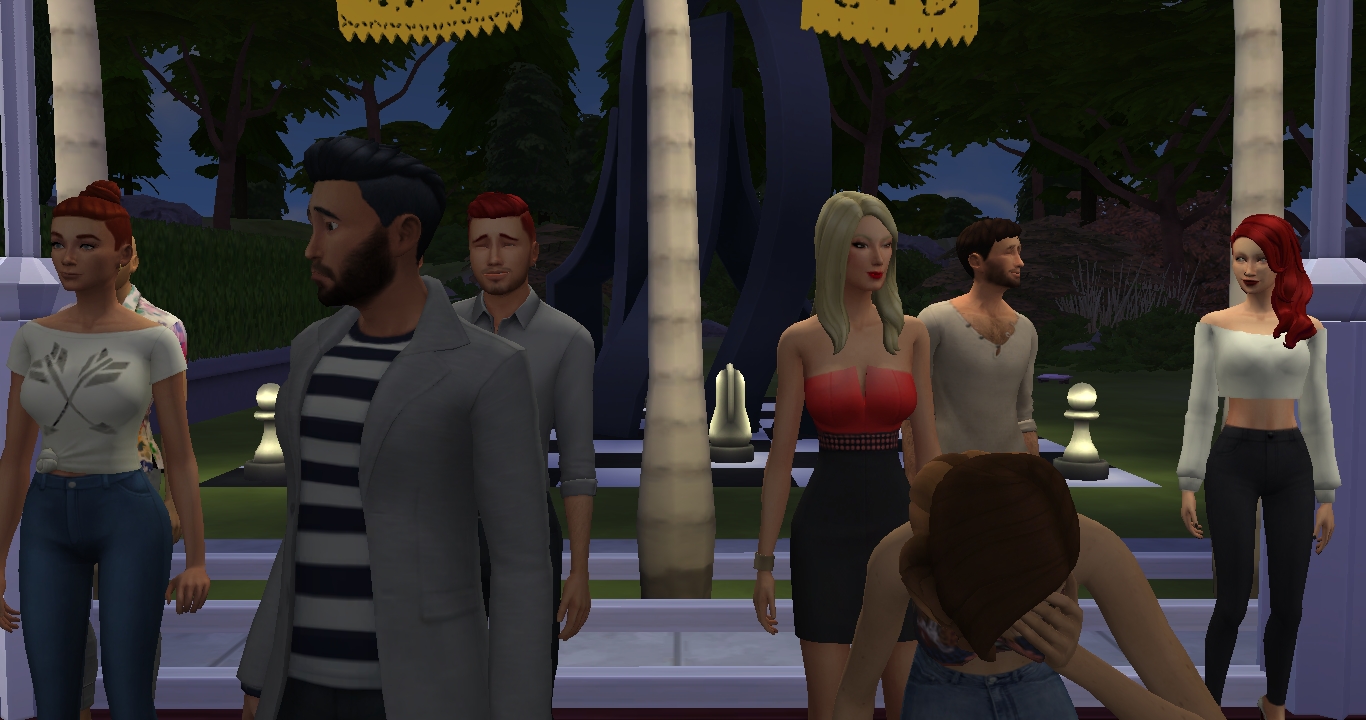 ajmkv: That’s right, Marjan, you’re safe! You won by a tiny margin, but fans love your sweet nature, and I hope you can show more of that next week! 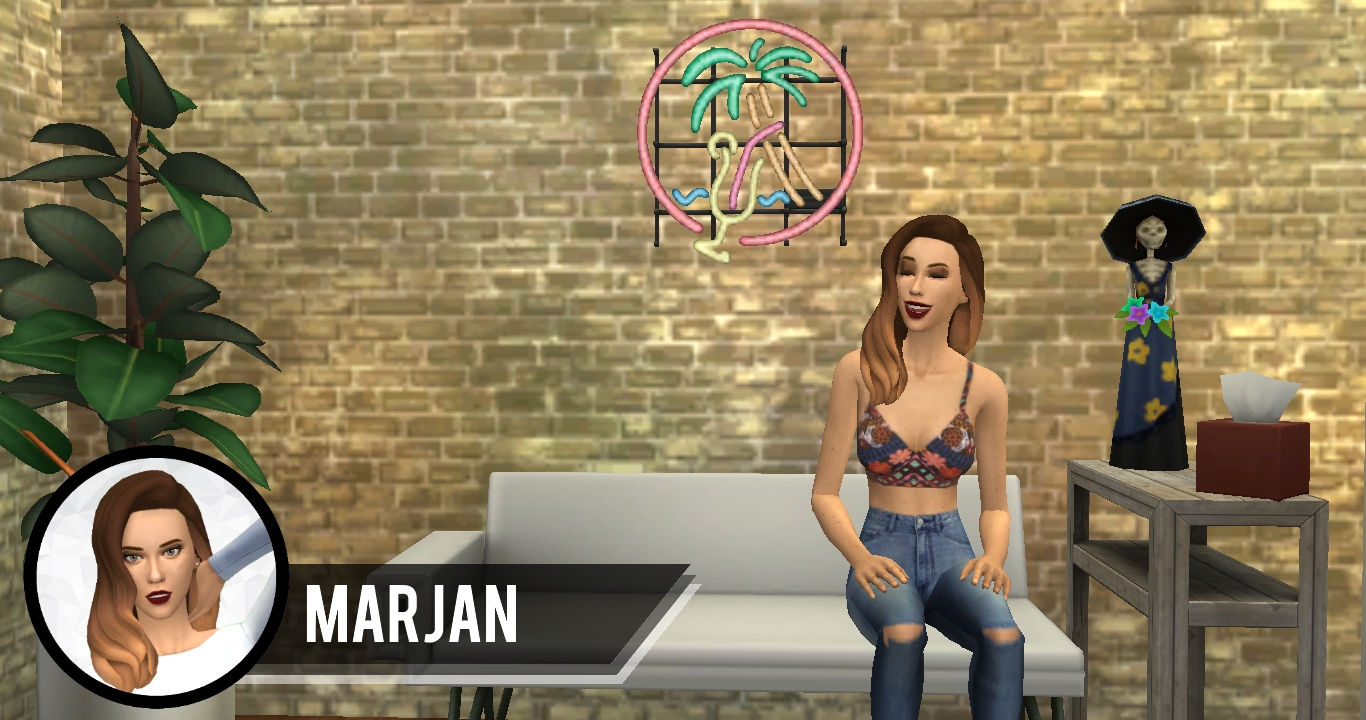 Marjan: Yes…. the plan is working…

Producer: Marjan? Could you be a little more clear?

Marjan: Oh, I mean, I’m soooooo sad, can you believe that just happened? Can you believe I’m still here while that poor guy had to go home? 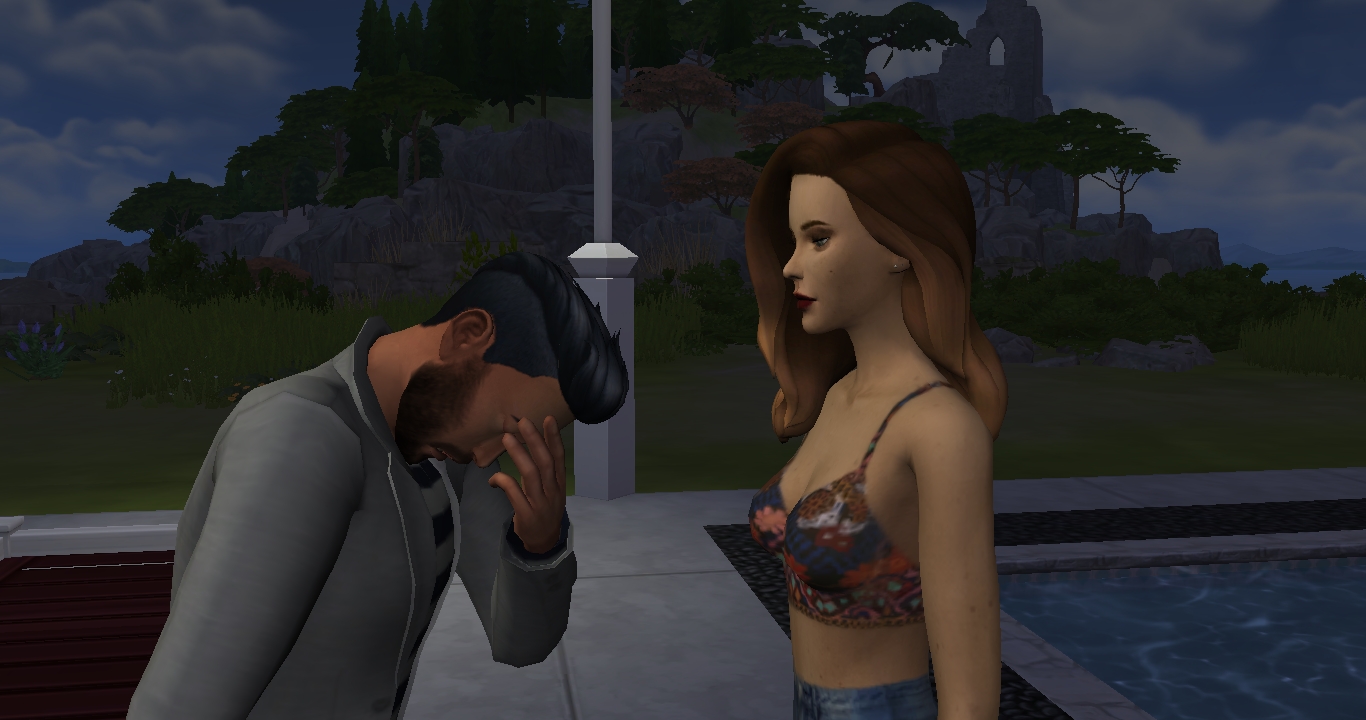 Mitchell: I’m going to miss you, Marjan… I just hope you know that I’ll be there waiting for you when you leave, and we can watch the stars or count the grains of sand on the beach like you always want to do… *sigh* I just don’t want to go…

Marjan: Mitchell, look at me. 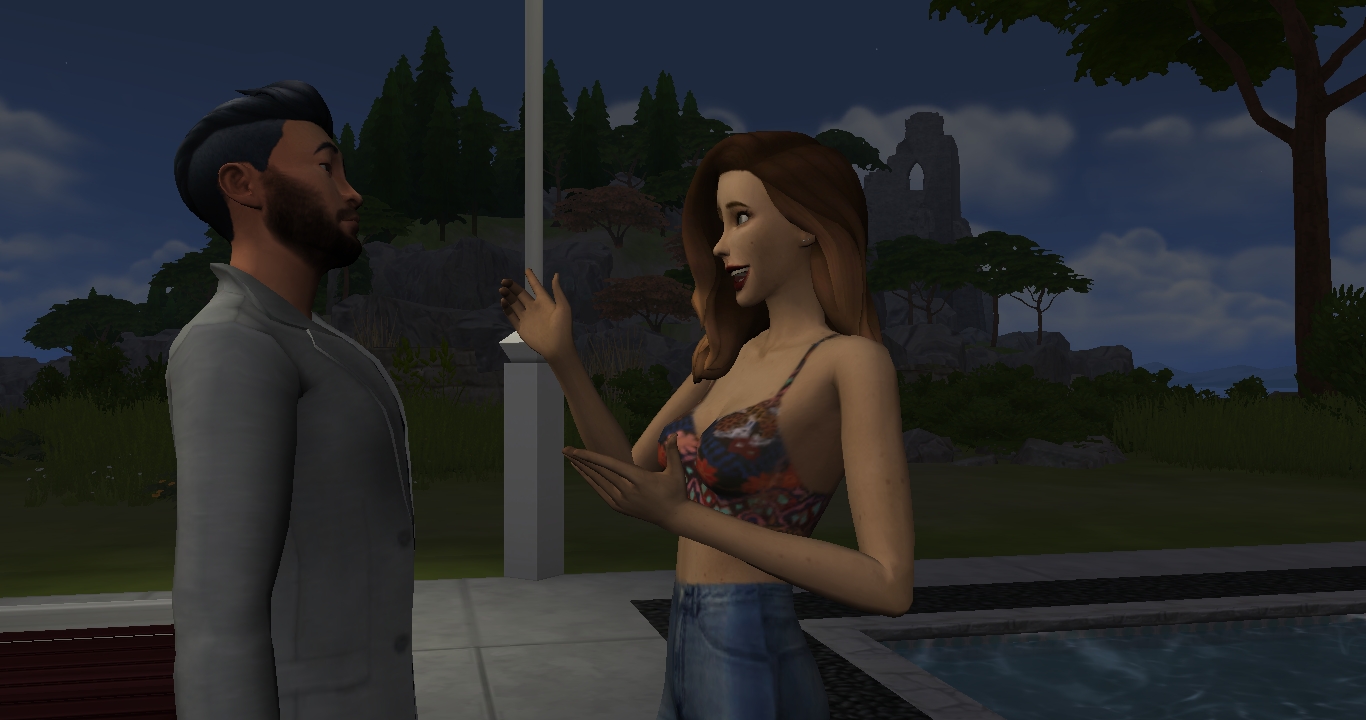 Marjan: You’ll be all right! Things will go back to normal and you’ll find yourself something out there that will make you happy, like a backscratcher or a phone that accepts loose change. Don’t worry about me, I’ll be succeeding here, and we’ll see each other on the other side. Things happen for a reason…

Mitchell: That sounds… actually rather lovely, thank you Marjan. I’ll miss you. 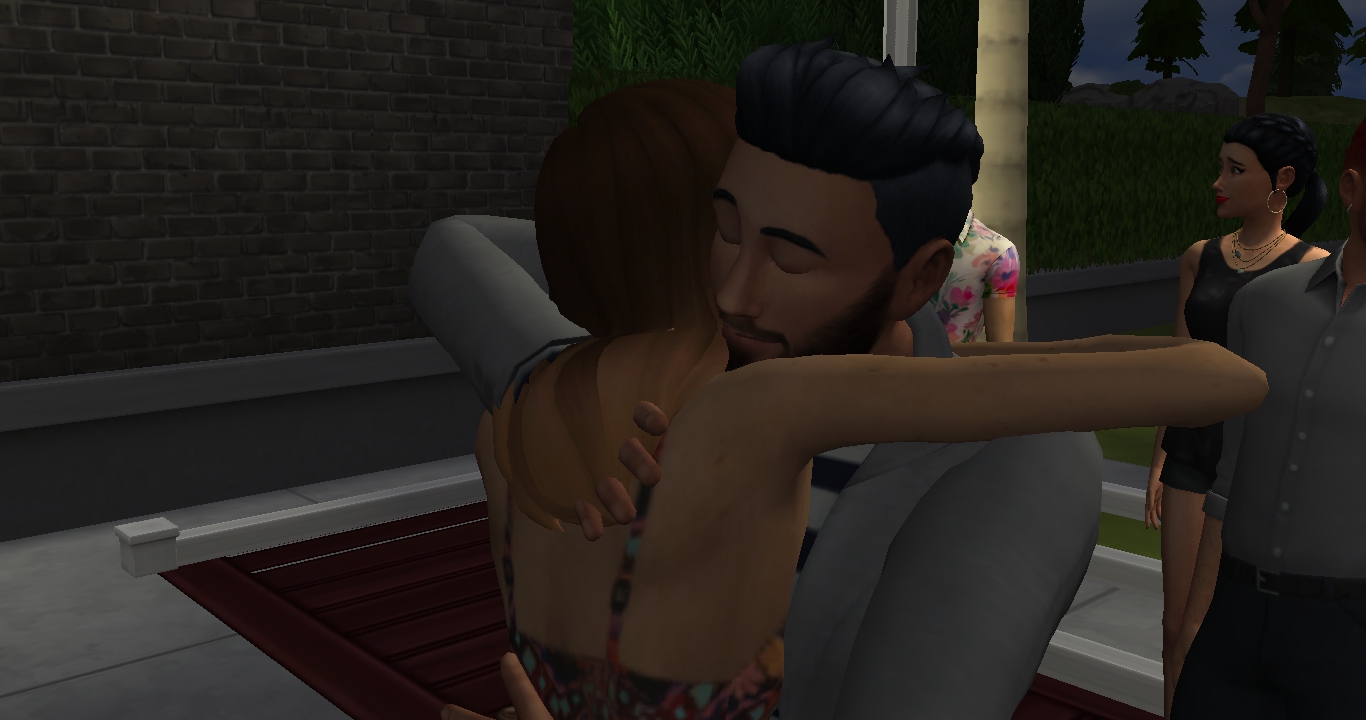 Marjan: I’ll think of you.

Mitchell: Dominate the competition for me, will you? I’ll be cheering you on. 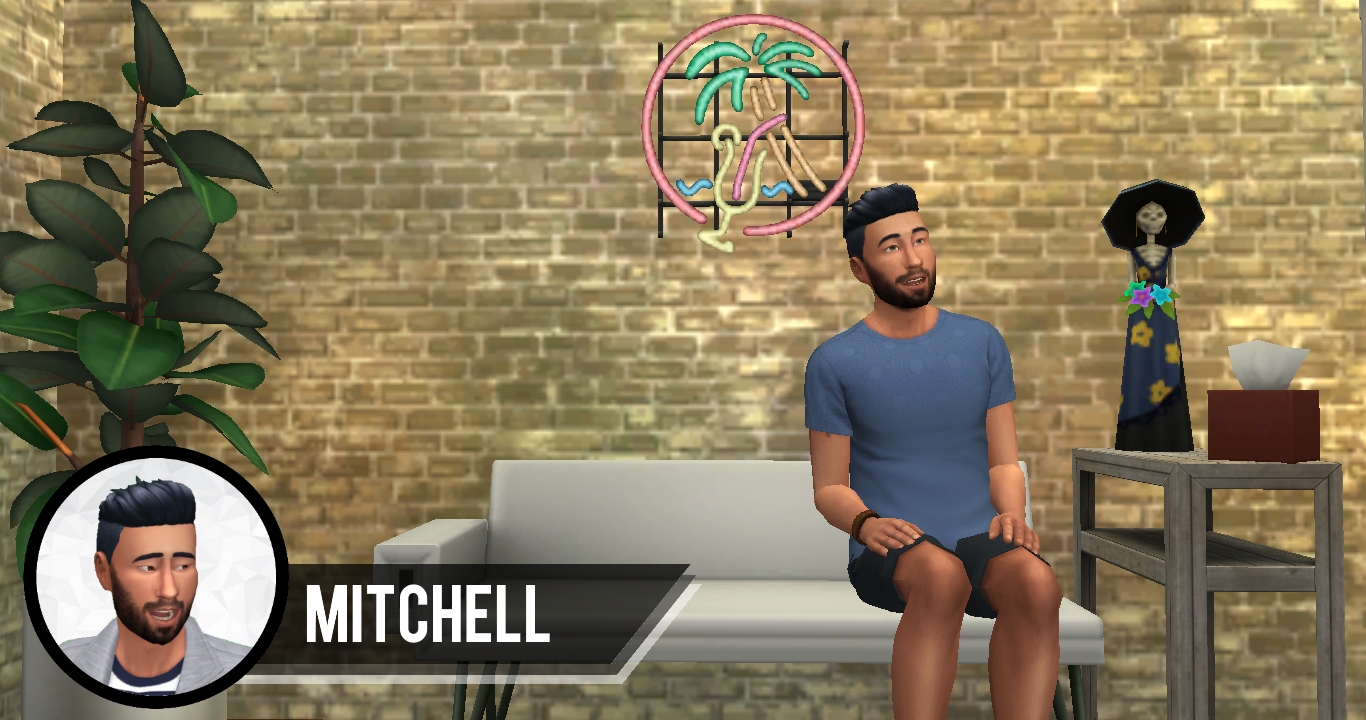 Mitchell: I can’t wait to get home and tell everyone about how great this experience was. Do you think they’ll believe me? I know mama is going to be so proud to see how far I’ve come! I couldn’t have asked for a better stay in this crazy house… and I’ve met someone who makes me want to write all the best jokes in the world just so I can see that beautiful smile… I’m not sad I’m leaving, I’m excited for the future! 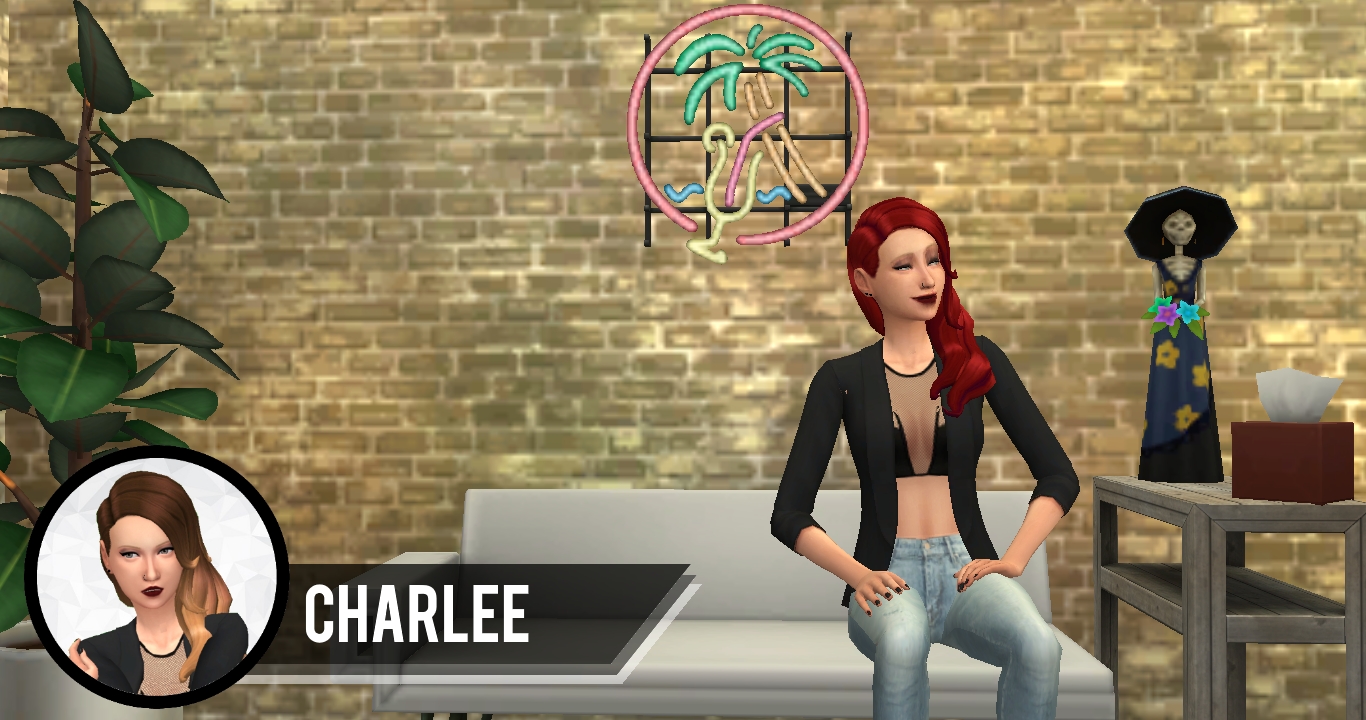 Charlee: Did you see Marjan throughout that elimination? Her eyes were as hard as stones! She has something up her sleeve… I can’t believe I underestimated her! She’s as sly as they come.

And so, we’ve now lost our resident comedian and nice guy Mitchell. Did you expect this elimination? And what exactly is going on with Marjan? Is there a secret side to her that she’s yet to reveal to her fans? I get the feeling that we’ll soon find out.

In the meantime, get ready for another episode of K&GI! The competition is heating up, and it’s only going to get more intense from here on out, so make sure you keep up and tune into the next episode, very soon!

• Sweetie, Hottie, and Red Oyster were all real competitors on an iconic reality show called Flavor of Love, back in 2006. That show is truly essential viewing if you love reality television, and I’ve made their appearances here as referential as possible! I truly love that show, it’s a riot. Hope you enjoyed their cameos! You might see them again in the future…~

• I love Romanian music! The songs included in this episode are all hits from that country. A lot of Romanian music inspired me while writing this story, even though it’s not obvious from this point on.~