Previously, on Kev & Get It: Charlee continued her quest to make the house submit to her whims, and in the process got into a fight with Enca and hurt Jessie’s feelings by messing with her head… and her trust. Later, her alliance with Todd, Louise, and Gabriel commenced sabotaging the competition—though Gabriel and Louise were sure that they’re in the alliance solely for security. Todd meddled with Matthieu and Harrison’s budding romance, and Marjan made a phone call that could prove to be damaging. Mitchell, meanwhile, had his eyes set on Marjan, but does she? Kyungri began to rub off on her housemates, especially Jessie and Enzo, who were charmed by her straightforward drive. Harrison and Enca also strengthened their friendship, though Enca seemed to have checked out of the competition mentally. Harrison and Matthieu continued to fall for each other but they remained as clueless as always. After a swimwear campaign shoot on the beach, Enzo emerged as the winner, and Enca, China, and Matthieu were surprisingly on the bottom after lackluster shots. Enca shattered the public vote, and it was China who had to leave behind her growing romance with Gabriel to go back to a life of depositions and courtrooms. Twelve contestants remain: who will be eliminated tonight? 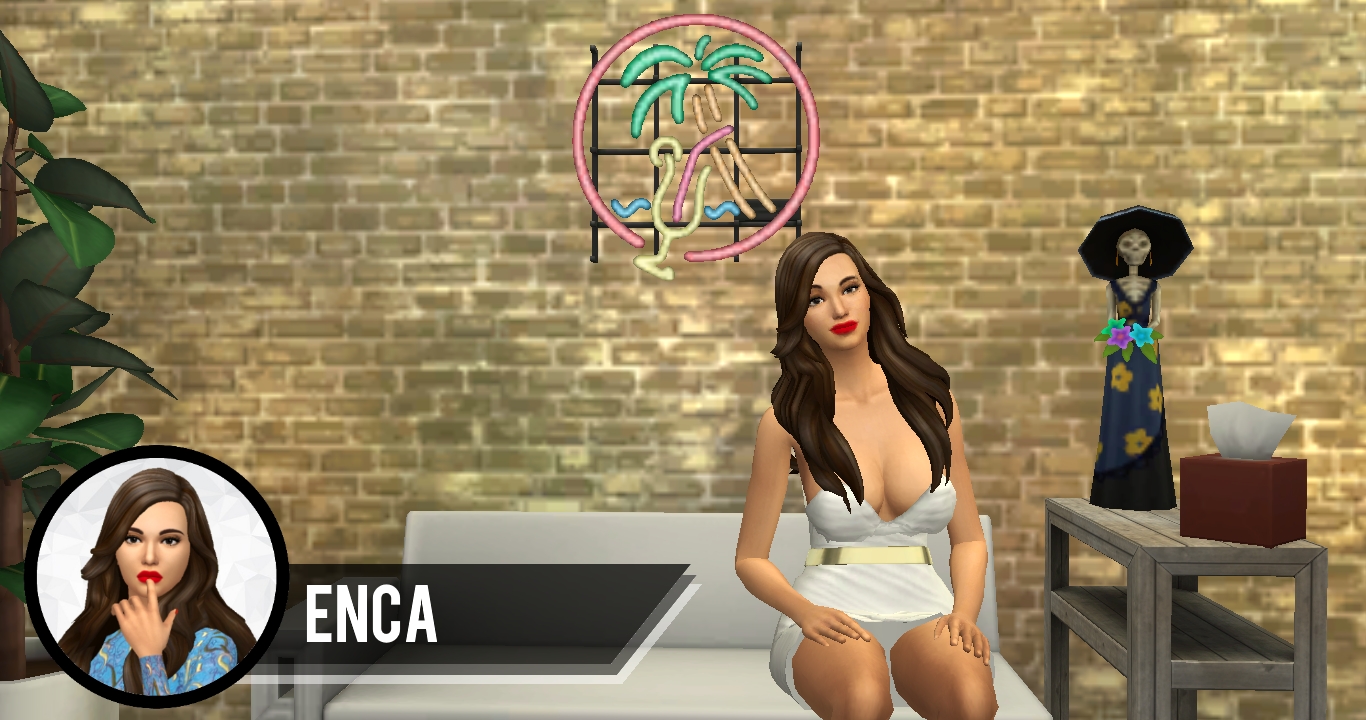 Enca: One more week for this peach! Every time I make it to the next round, I remind myself of how far I’ve come—I didn’t even make it past the auditions round on The Voice Albania when I was 15, and now here I am, ruling the world and smashing the public vote. Bow down to the King! 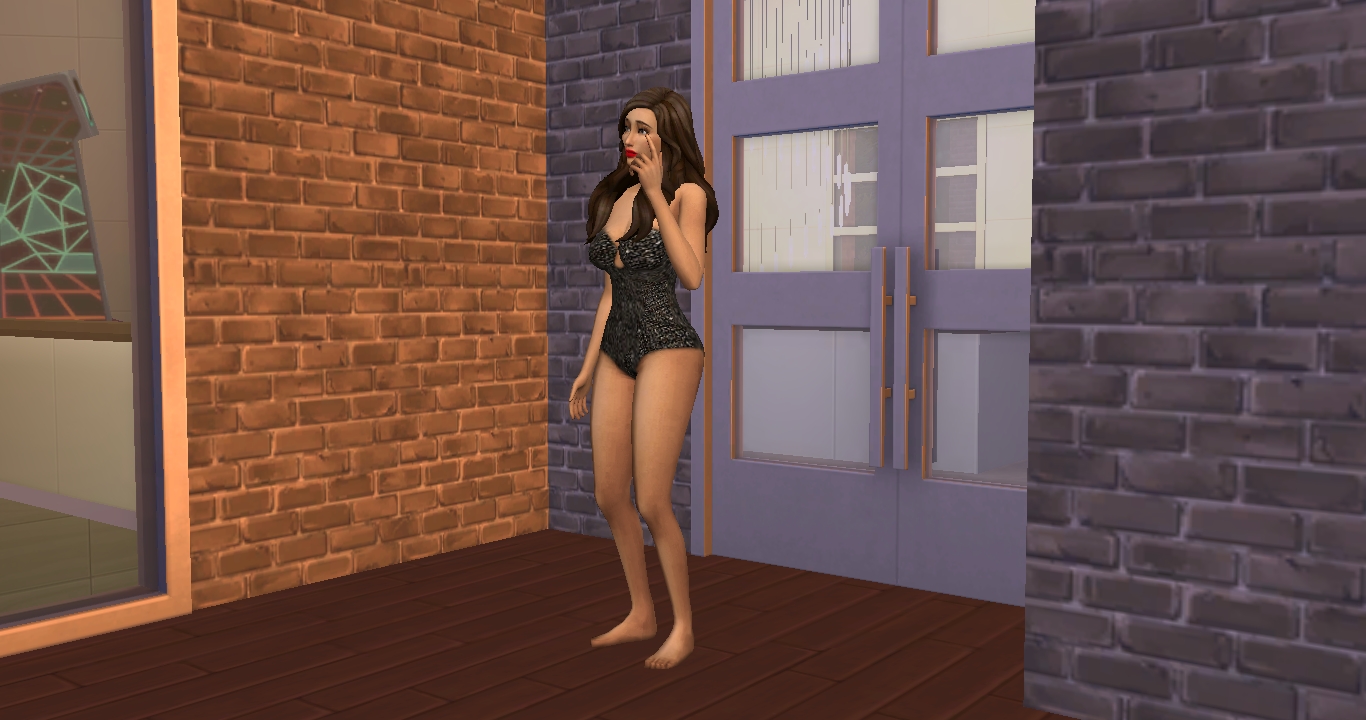 But is Enca really slaying the competition, as she says? It seems like she’s been spending most of her time alone since Patricio left, promising to hang out with people in the house and then just going for drinks by herself, or endlessly teasing material to salty fans while not doing anything at all. Is Enca OK? It seems like our favorite Goddess has lost the wind in her sails… will she be able to move past this? 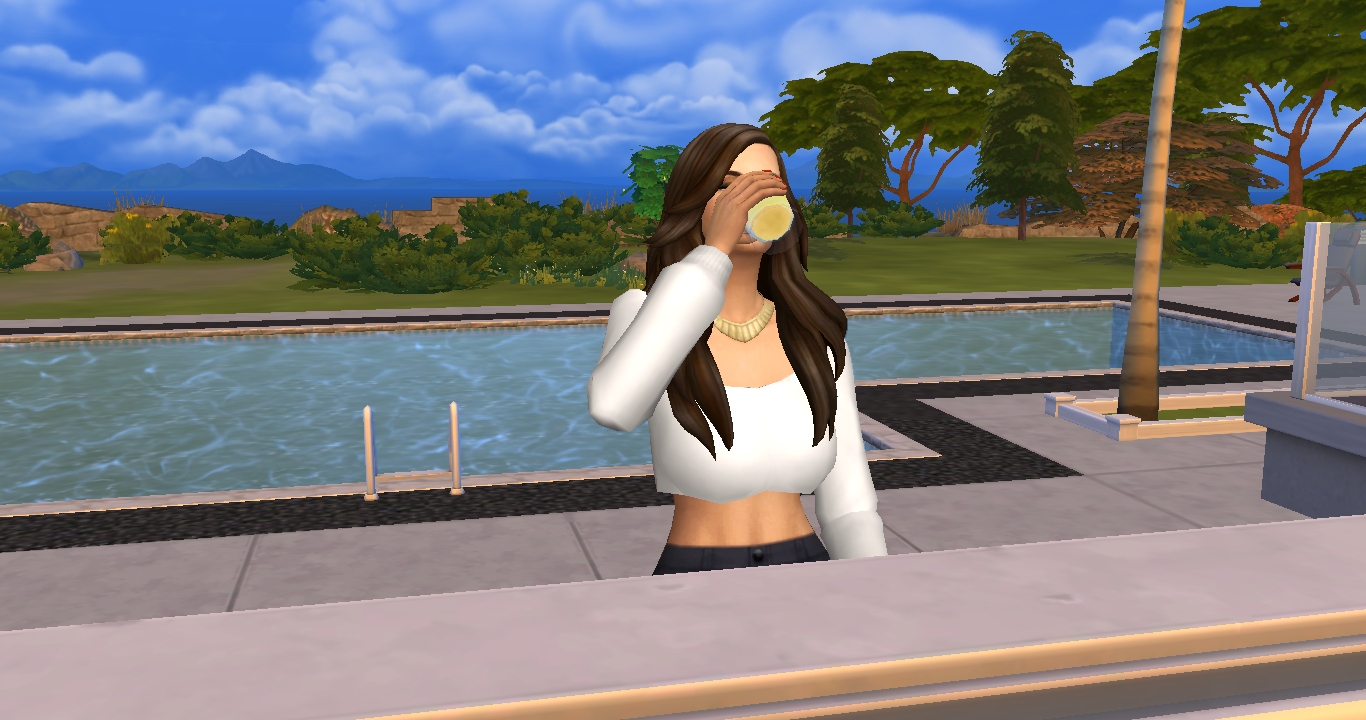 Maybe, maybe not. As Enca enjoys another drink by herself, Harrison stops by the bar with his book, and notices that Enca is all alone, again. 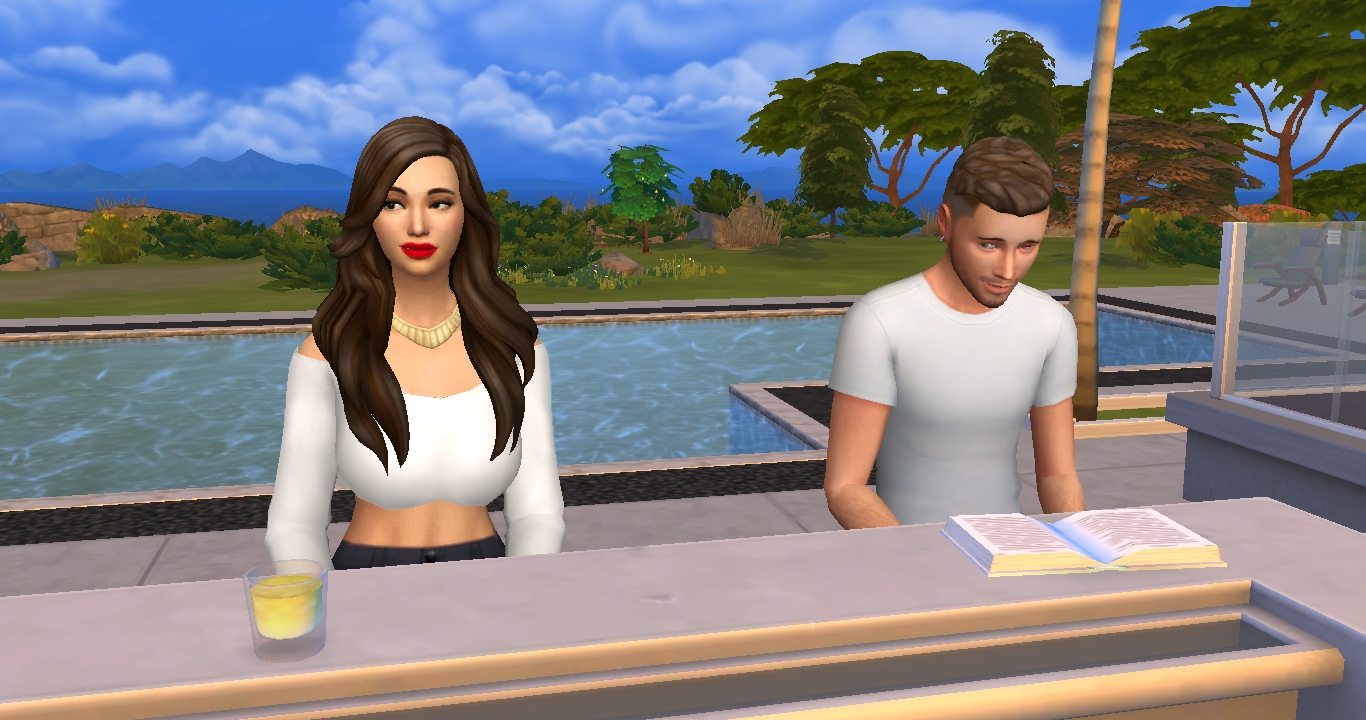 Harrison: Enca, are you all right? I can’t help but notice that you’ve been withdrawn from the rest of us for the last week. What’s going on?

Enca: Oh, don’t mind me. I’m fine, I’ve just been concerned about the way that I’m coming off on this show. I don’t want to seem like I’m above anyone here because of my background so I make an effort to not stand out so much… and it’s backfired! I’m doing awfully. And on top of that, it seems like no one in the house likes me… when Patricio was here, at least I had him. Now it seems like you’re the only person who cares about me! 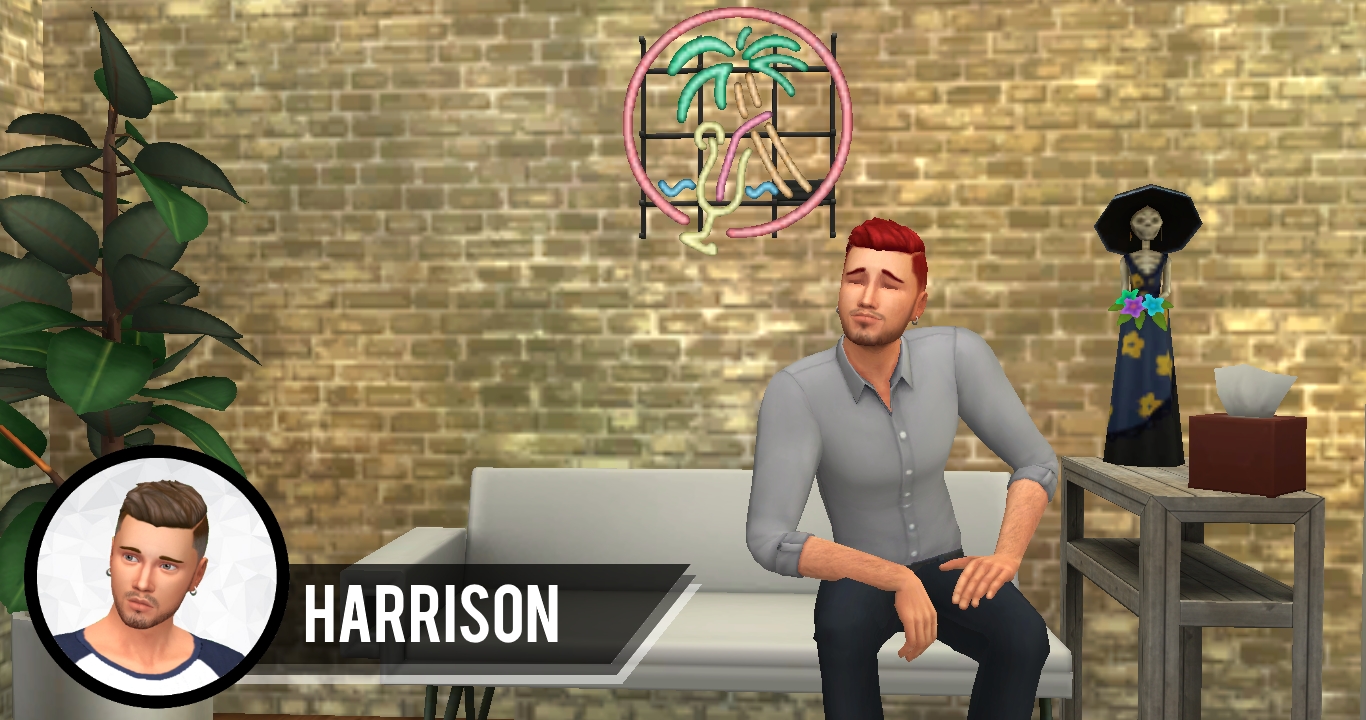 Harrison: I really didn’t know she felt that way. She’s a fantastic entertainer, has everything that I wish I had: confidence, looks, talent, charm, that beautiful booty. I’m upset that she’s feeling self-conscious, but I’m happy that she feels like she can count on me. Honestly, I’m humbled! 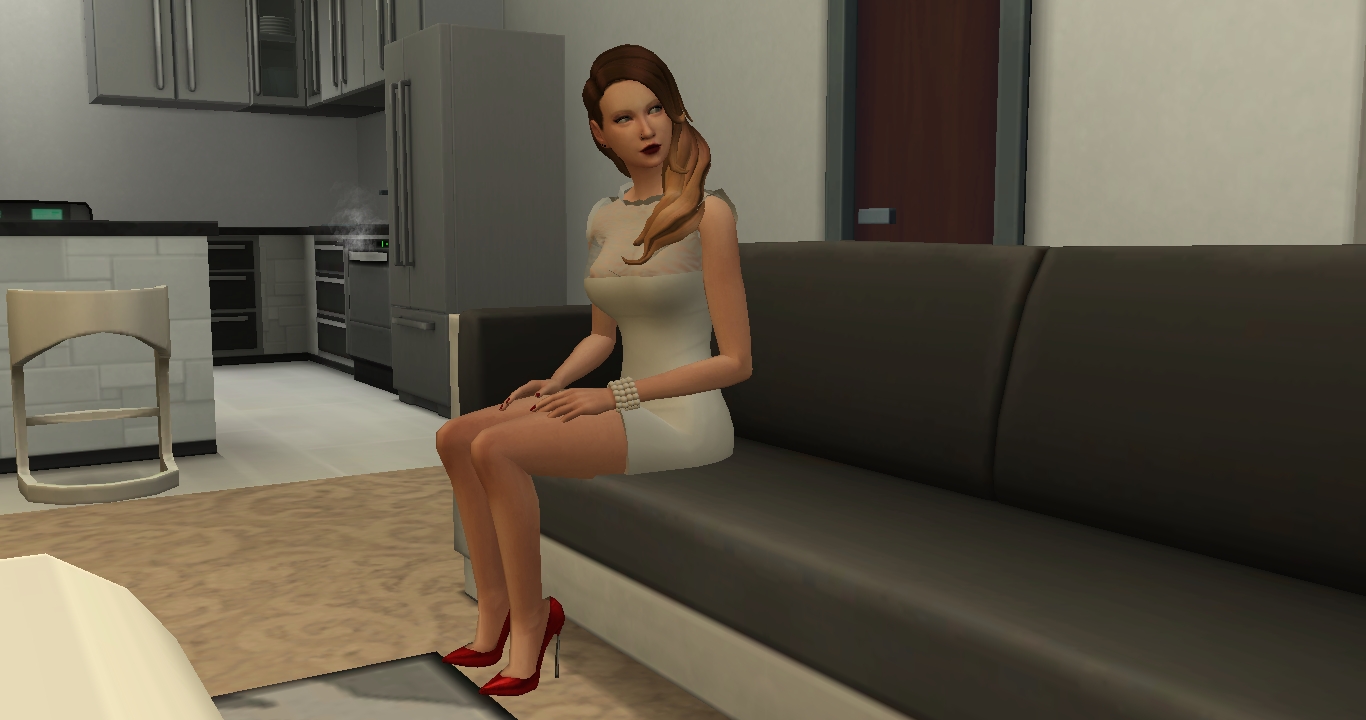 Meanwhile, the rest of the housemates relax after a long week. Charlee has been thinking of ways to make sure that her competition is eliminated, and, with the help of Louise, has decided to focus on two of the housemates who seem to be the weakest to her: Marjan and Kyungri. 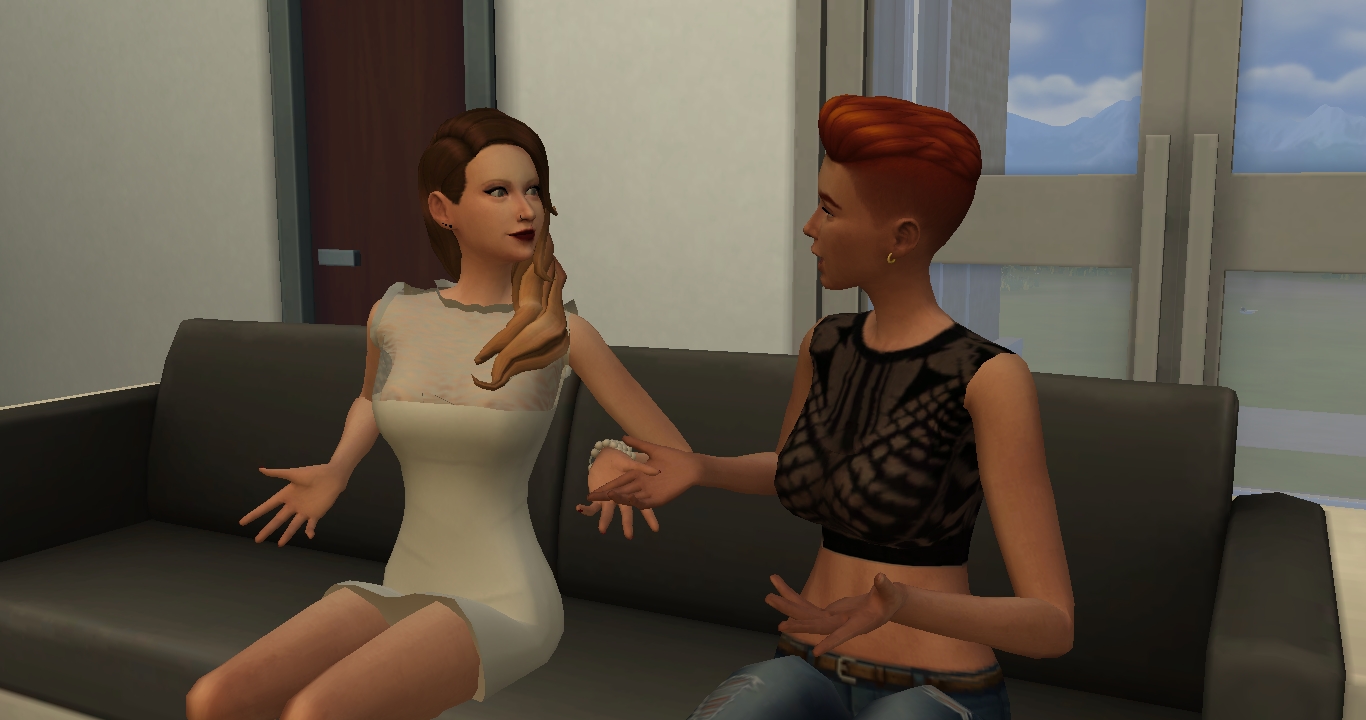 Charlee: Louise, are you in or not? You’re a part of my alliance because I think you have what it takes to go all the way to the finale. I really like you, but you know that I’m here to win, so if you aren’t with me, you’re against me. You’re a strong woman, make strong decisions! 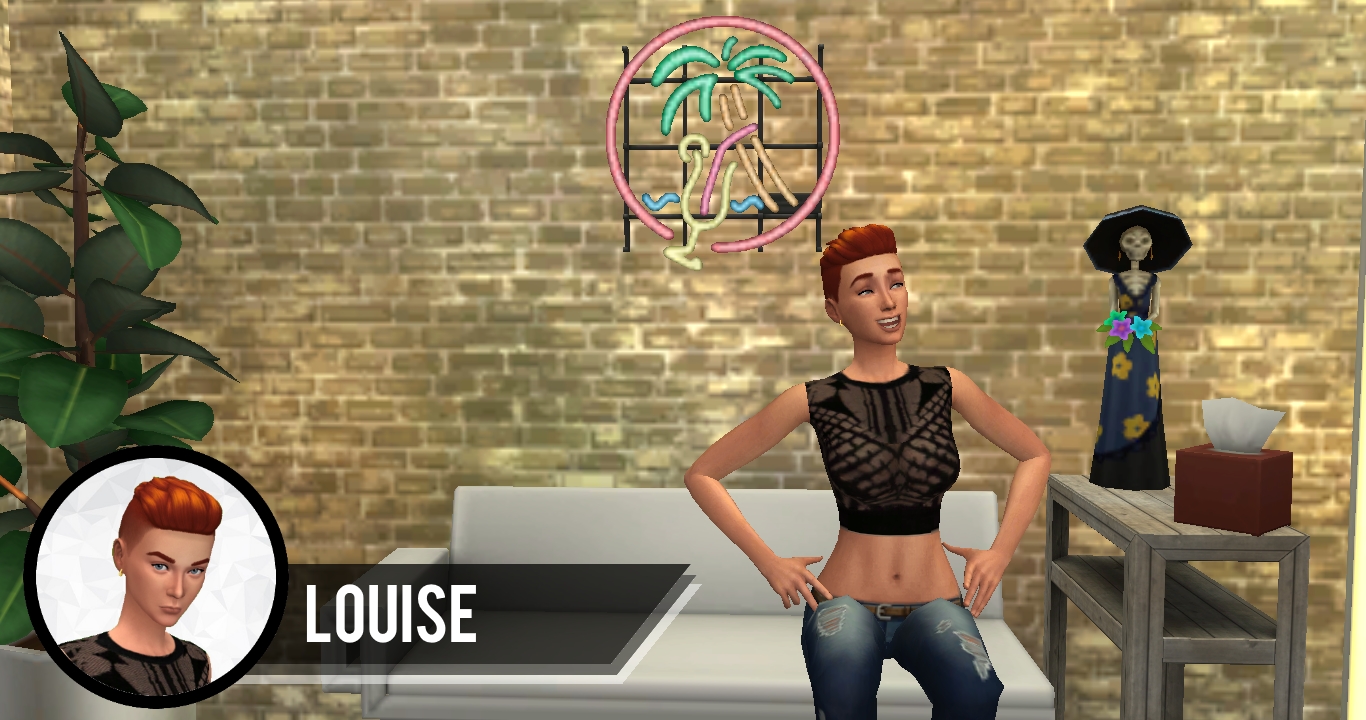 Louise: Oh man, she thinks she has me beat, that I’m here to be her little slave, that her “alliance” means something, but she’s going to be so shocked when she realizes that we’re all using her right back. Two can play at the game she’s brought into this house, but only one can win, and she doesn’t stand a chance against us when she realizes that the people she chose to trust are the same people who will watch her fall… and like it. 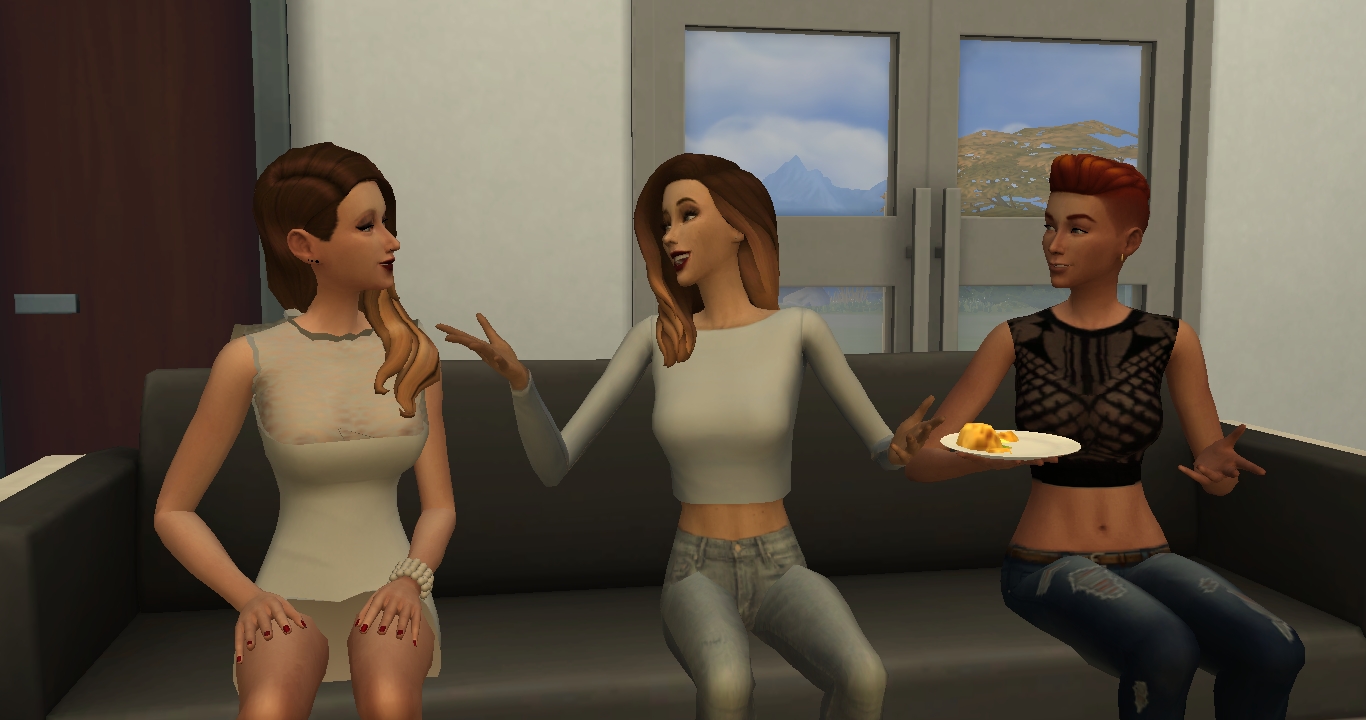 Marjan: And so I’ve been talking to Aurora, you know! I’m telling her what’s been going on here, she has so much good advice!

Charlee: And what’s been going, Marjan? You know me, I’m always too tired and too shy to really see what’s going on! *giggles*

Marjan: Oh man, if I was a gossip mag, I’d be the best one! Did you know that Matthieu and Harrison have been flirting the whole time?

Louise: Are we blind?…

Marjan: No, but get this! Remember Maciej from last season?

Charlee: The idiot who cheated on his boyfriend on the first episode and was immediately voted off? Yeah.

Marjan: Matthieu is the guy he cheated on! And they’re still together, but in a three-way relationship!

Marjan: He doesn’t even know! I don’t think he’d be down with being the third boyfriend Matthieu has at the same time.

Louise: No way! How did that happen? Matthieu is a player?

Charlee: My my! This is… interesting. 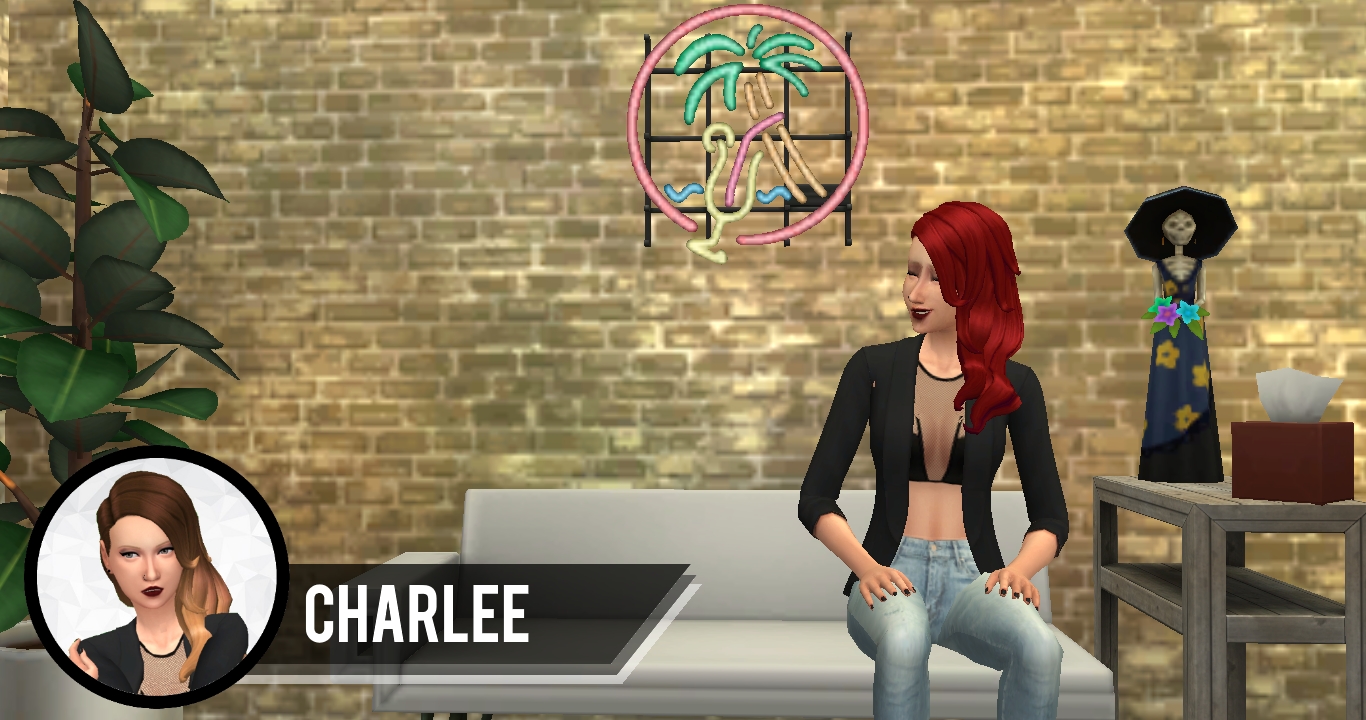 Charlee: That silly girl actually spilled some information that I can use… THIS is the kind of thing that can cause some trouble in this house and it is exactly what I need. Everyone knows that Matthison is a thing, but Matthieu has a boyfriend already? And not just one, but TWO? I’m sure Harrison is going to love hearing about this! 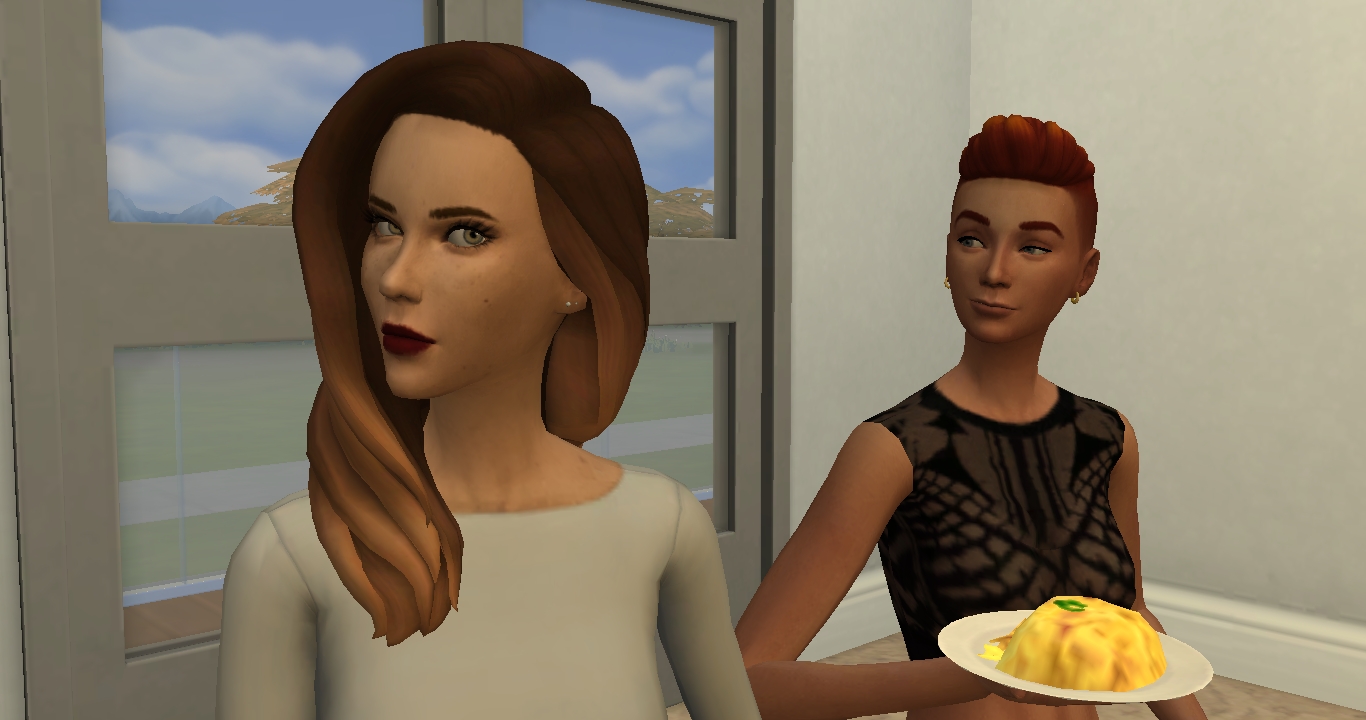 Charlee: That talk was lovely, Marjan! You’re such a sweetie!

Louise: Sure, what a lovely time…

Marjan: *looks directly into the camera* I’m sure you girls are 100% trustworthy and aren’t plotting my elimination or anything!… Love you guys! 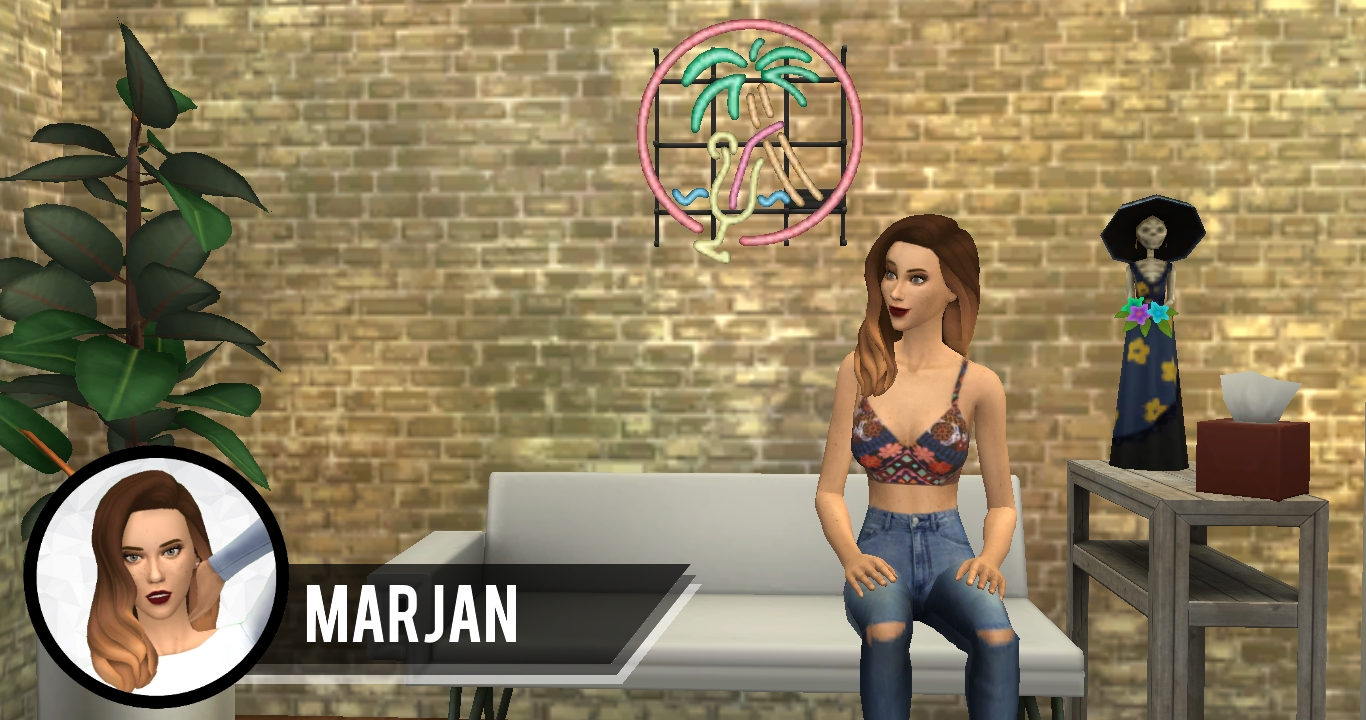 Marjan: Manipulation? What does that word even mean? You know, I’m Dutch and I haven’t learned English that well yet… *under her breath* or have I?

While this is happening, Kyungri is having a chat with Matthieu. 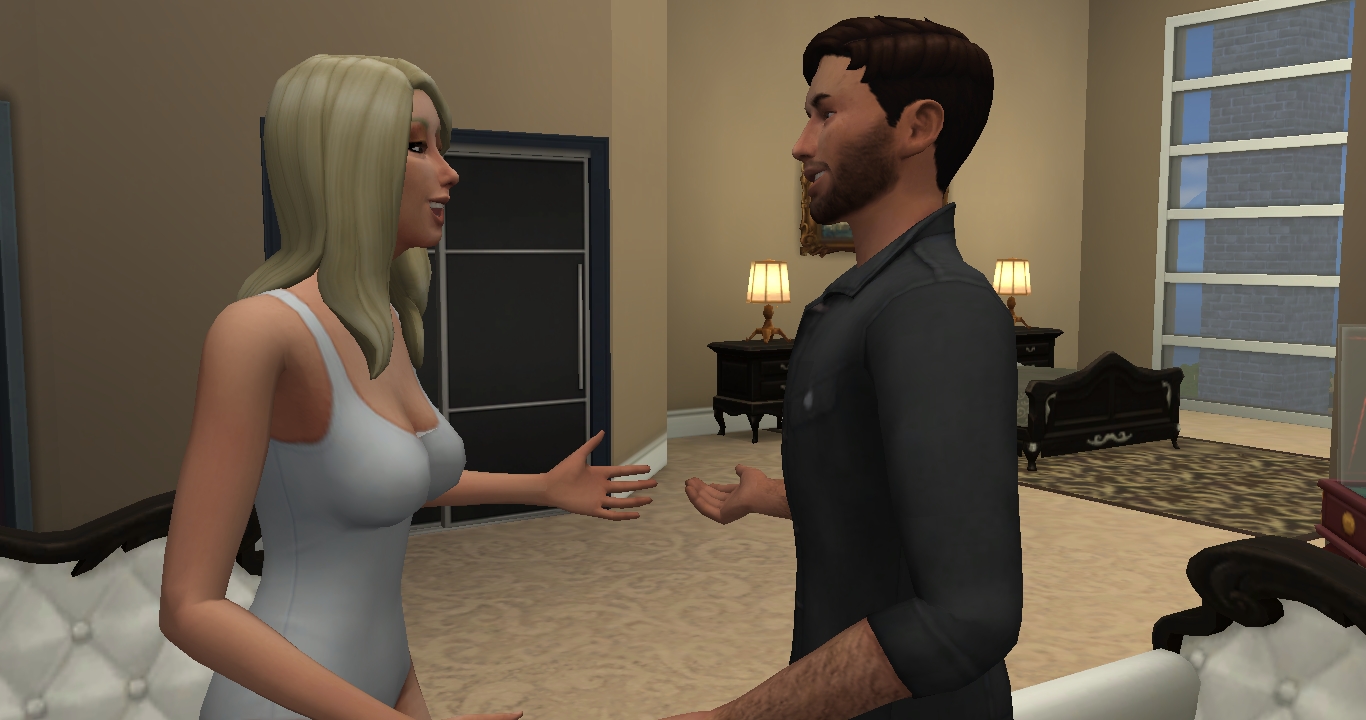 Kyungri: So, are you finally going to do it? I know you’re going to let me win the money when we’re in the Top 2, but you’re going to be leaving this competition with a certain British guy, and isn’t that the best prize?

Matthieu: Well… I think I can trust you so I’ll tell you what’s been on my mind… it’s going to sound really bad, but I promise that it’s not as awful as it appears.

Kyungri: Nothing is too ugly to be fixed, just look at my nose! It used to be a witch nose, and now it’s as beautiful as a statue’s. 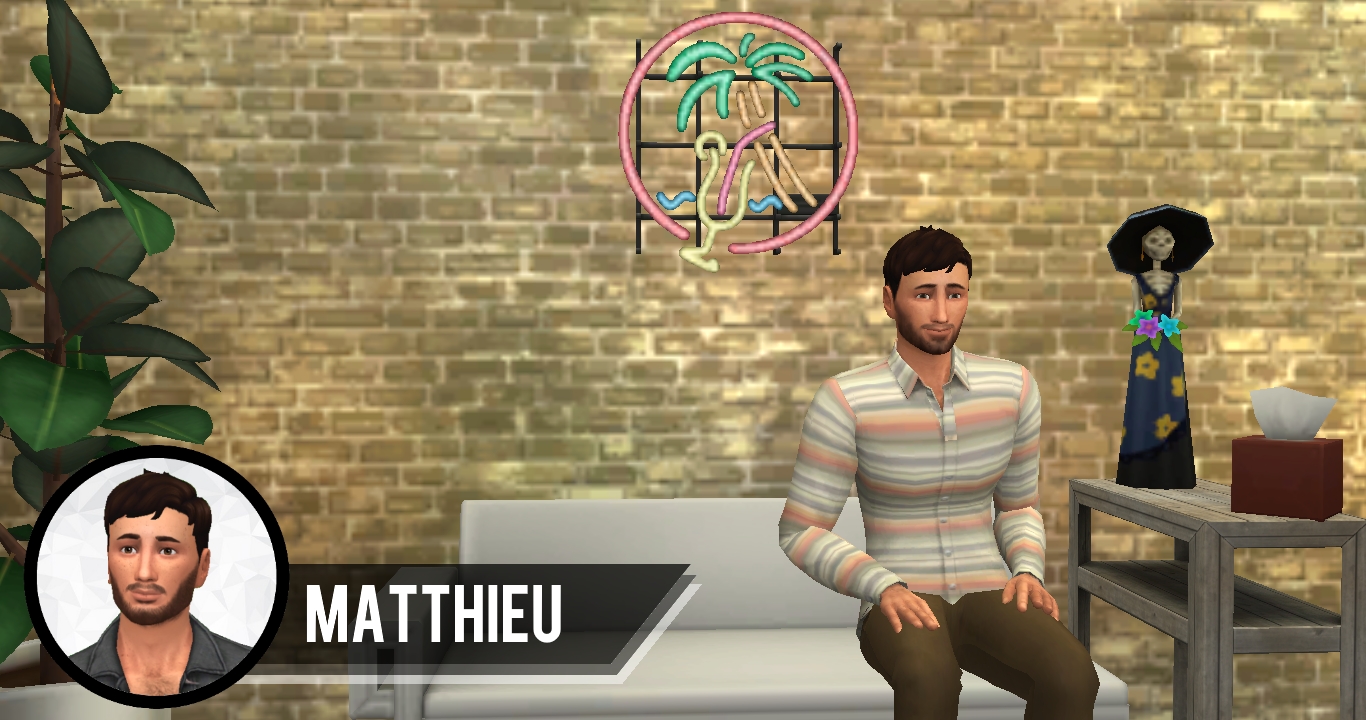 Matthieu: I told her because I’ve been talking to her a lot recently, and she’s actually the chillest, most down-to-earth person here. I knew she wouldn’t judge me, and that she’d have good advice for me. Lord knows I need it…

But as they have their conversation, they don’t notice that someone is sitting close to them and is overhearing the entire confession… 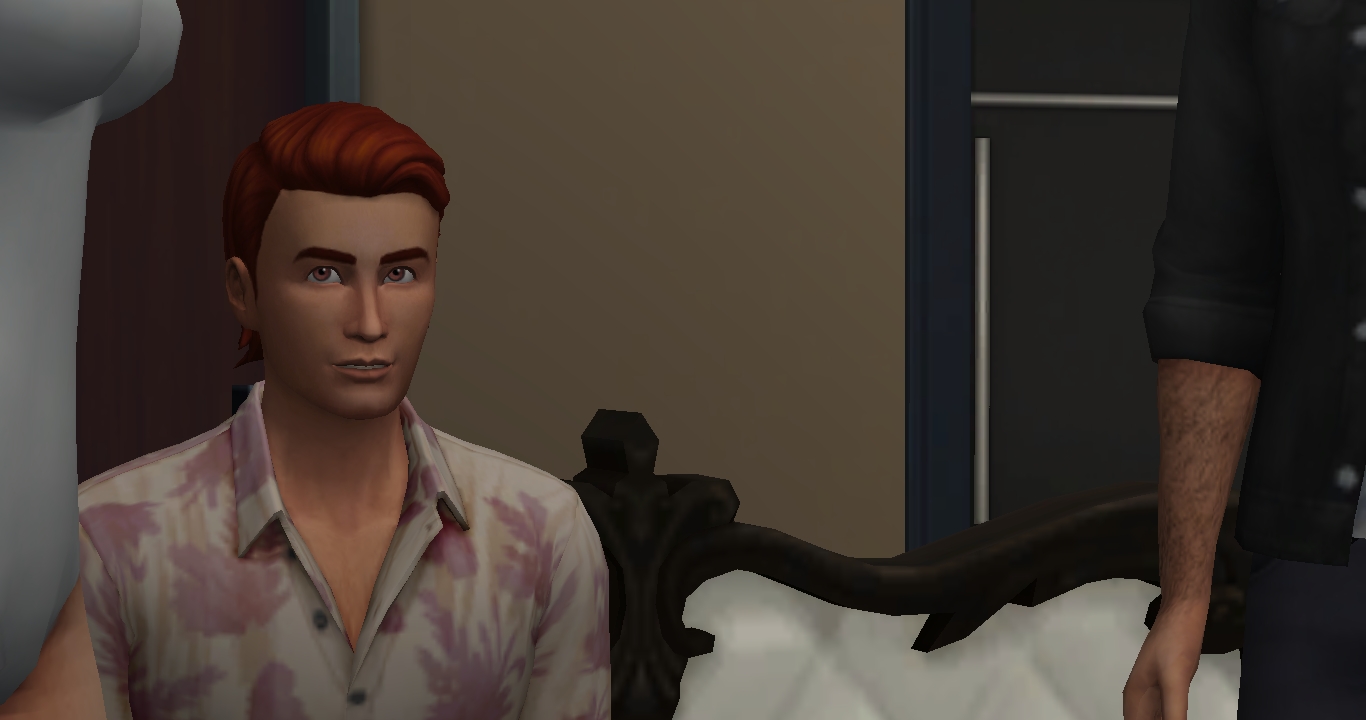 Matthieu: …and that’s how I got to this point. I don’t even know what the right thing to do is. I need advice!

Kyungri: He came all the way here? My goodness, maybe this can’t just be fixed with plastic surgery… but don’t worry, I won’t let this come between you two. We’ll think of a way to solve this. 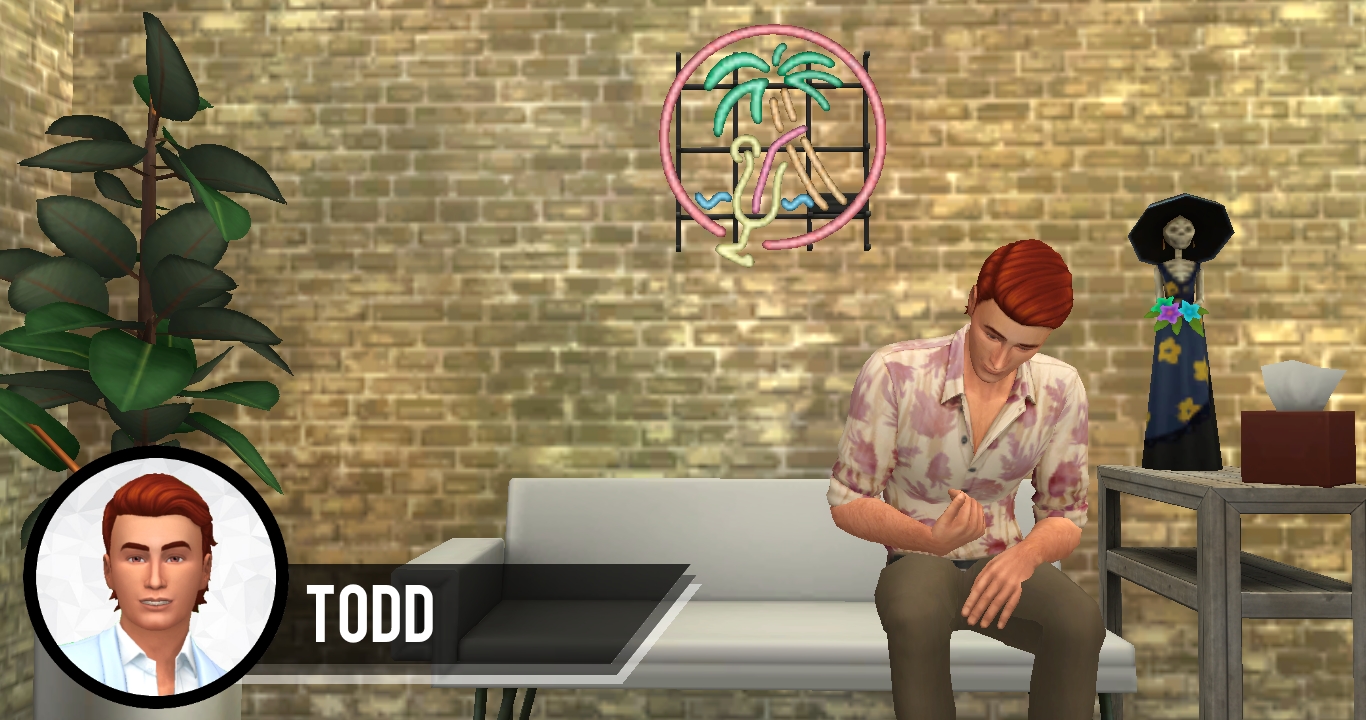 Todd: I mean, was it shady of me to eavesdrop? Maybe. Was it stupid of them to have a private conversation in front of me WHEN THEY HAD SEEN ME ENTER AND SIT DOWN? Definitely. I’d say this is just natural selection in action. I’m just going to encourage it a little bit.~ 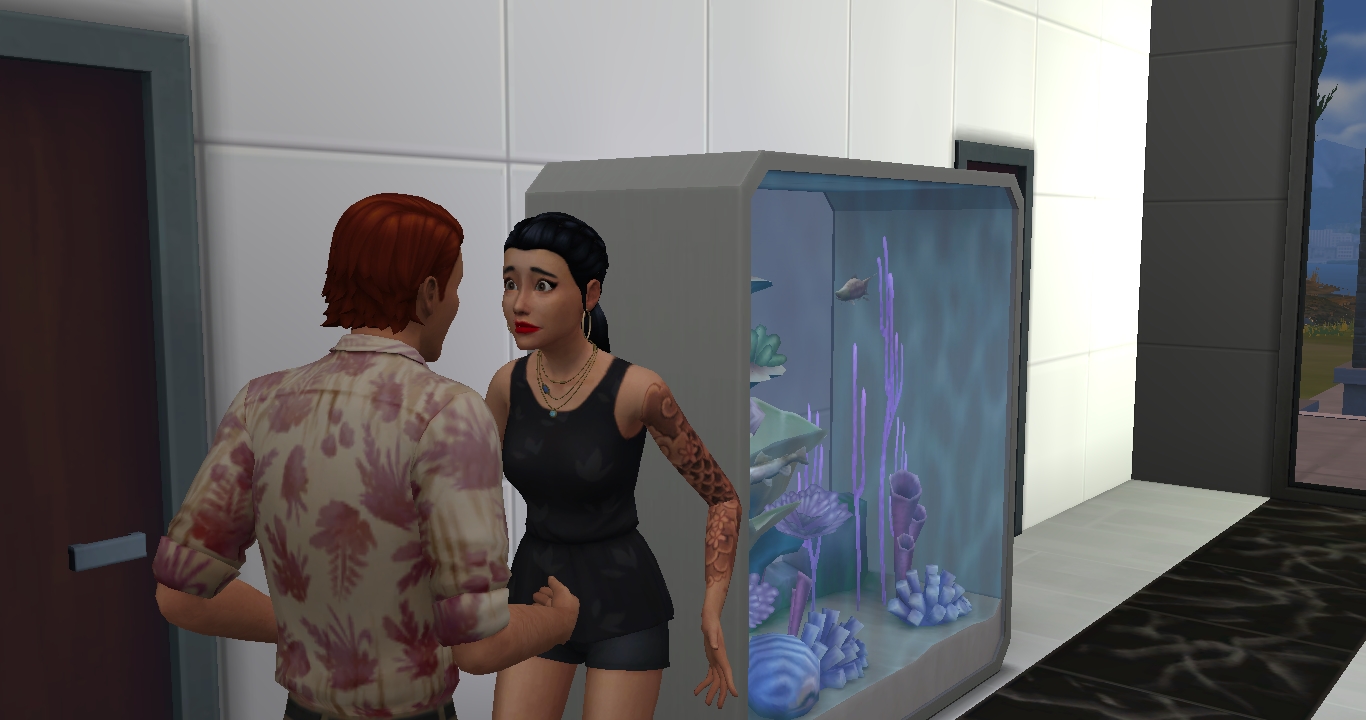 Todd: Have you heard of what’s going on? Girl, let me tell you…

Todd spills all of the gossip he heard about Matthieu and his complicated three-way relationship to Jessie.

Jessie: What?? But he seems so nice, how did this happen?

Todd: Well, it seems like Mr. Perfect is a little too perfect and has attracted too much attention. Poor Harrison doesn’t deserve this!

Jessie: No… but I can’t see this ending well for anyone. We’re on TV! 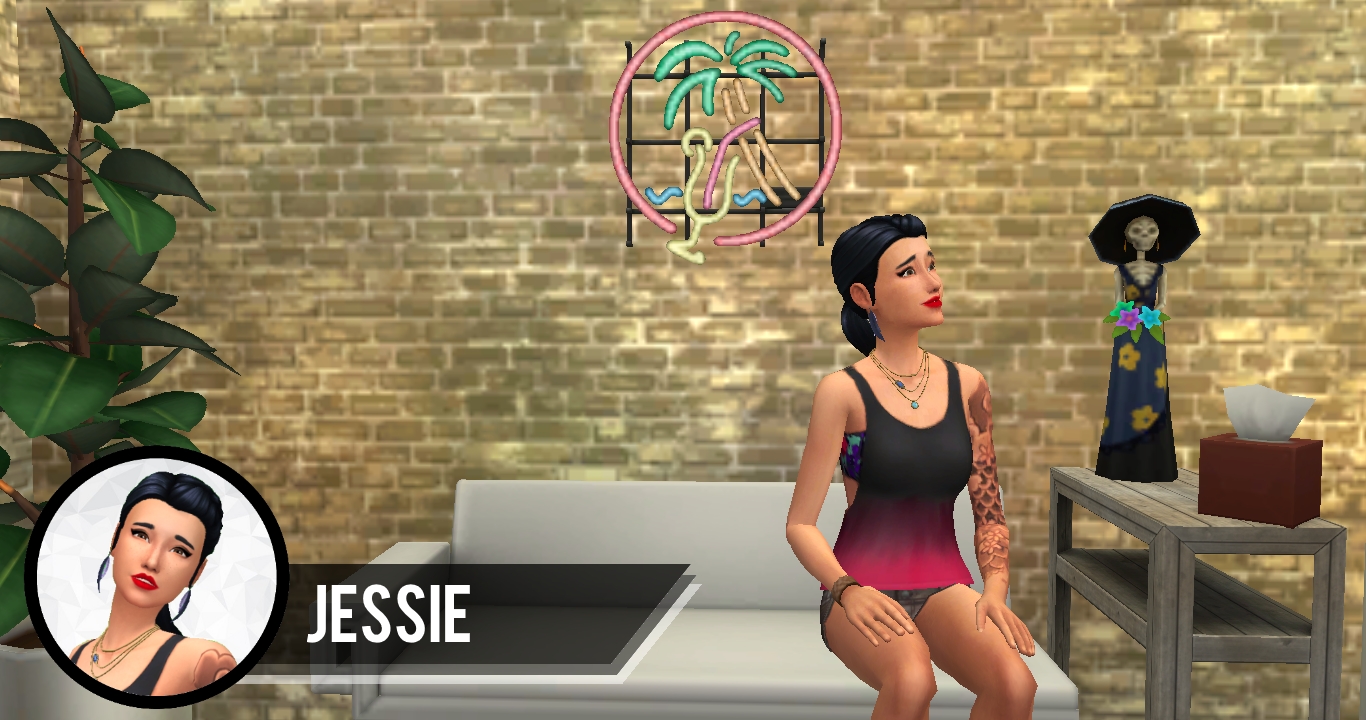 Jessie: I know exactly how this works. I saw my boyfriend cheat on me on live TV, and I forgave him, too. But I also dumped him as soon as I told him I hold no grudges against him. I wasn’t going to stay with someone like that. I think Matthieu is better than that, but I also can’t judge. I just need to make sure that he knows that everyone knows so that he doesn’t make a fool of himself or break Harrison’s heart…

But in the meantime, it seems like Todd’s gossiping has caught the ear of the wrong person, as he proceeds to tell almost everyone he runs into. 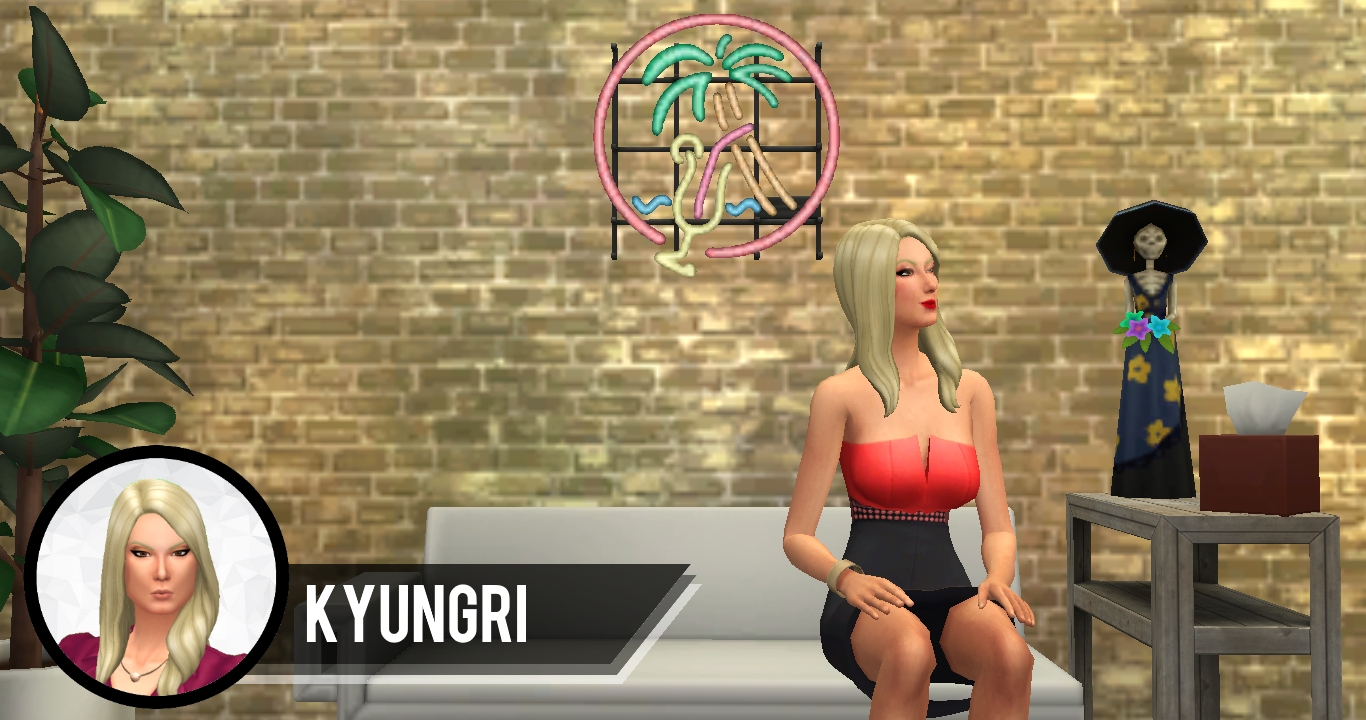 Kyungri: See, there are two types of people: the people that tear others down, and the ones that collaborate with each other for the greater good. I want this money, and I will do anything to get it as long as it doesn’t tear someone down, I’m not that kind of girl. I’m angry that these rumors are going around, we should be above that.

Kyungri goes off to look for Charlee, whom she knows is in charge of the whole gossip campaign currently blanketing the house. When she finds her, she pulls her aside and snaps at her. 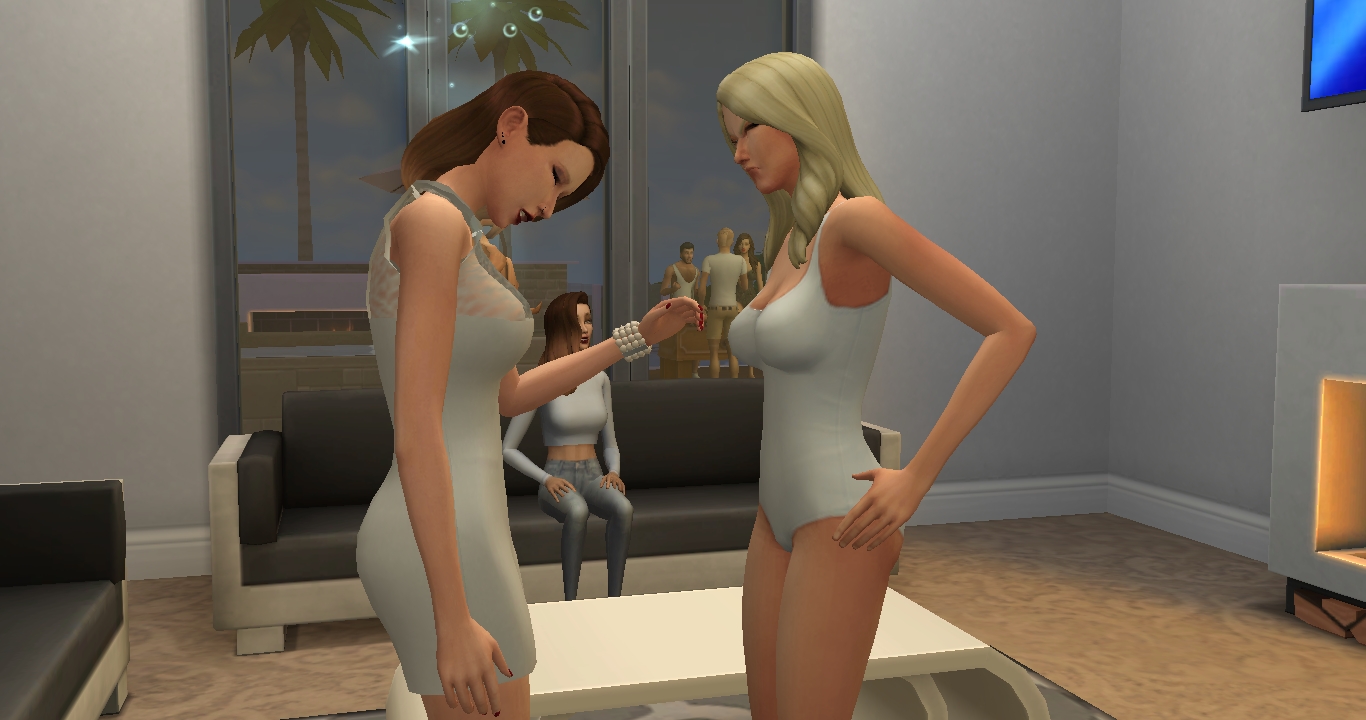 Kyungri: Listen, you little weasel. I know you don’t like me, and I don’t like you either, but you’re going to need to understand that I’m not the one to mess with, and if you attack my friends you’re going to be in big trouble. Keep your big nose out of Matthieu’s business or I will snap it right off your face.

Charlee: Bitch, what’s your problem? You’re scared that your little pet Matthieu could get exposed for the rat that he is? I’d be worried if I were him.

Kyungri: No, honey. I’d be worried if I were you. I’ve cracked tougher nuts than you on my off days, so don’t even doubt for a second that I’m going to send packing if you continue with this ridiculous plan you have. 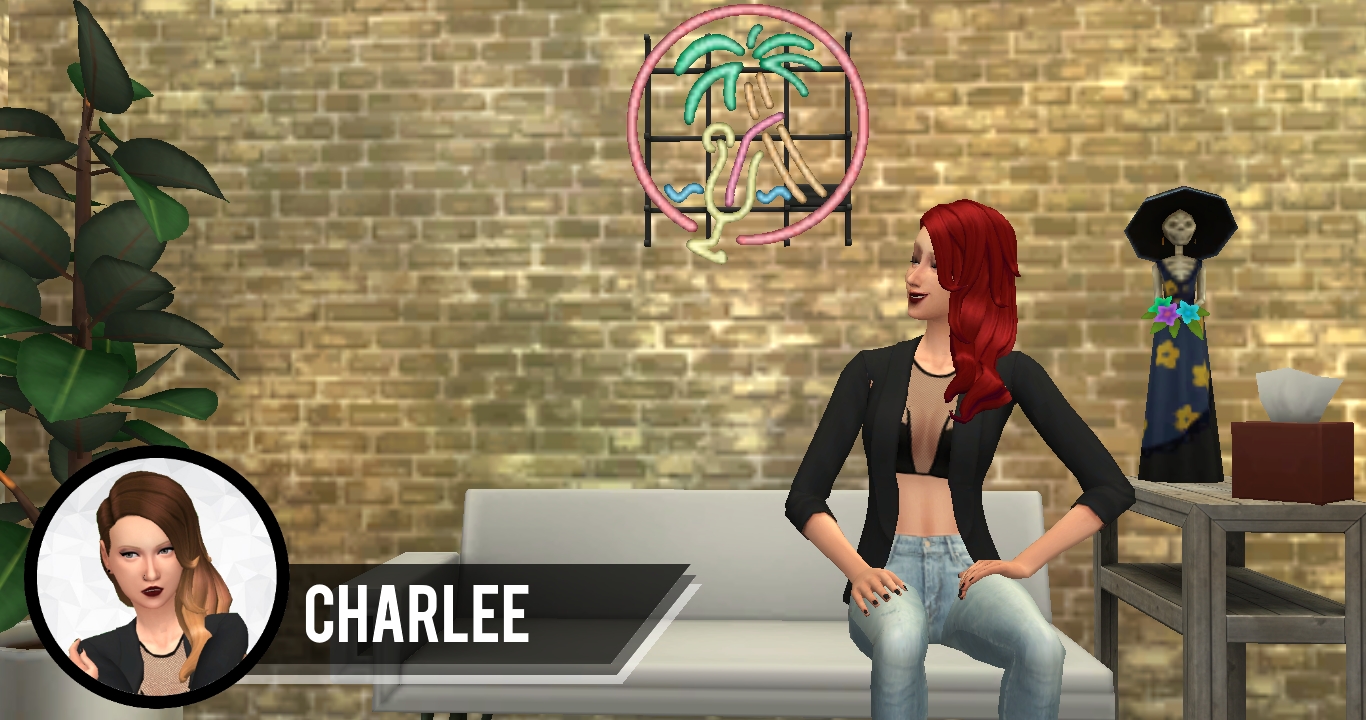 Charlee: This uppity bitch threatening me, though… I’d slap her, but I don’t want to get plastic slut on my hand.