The next day, the contestants are riding on a high after their performances, but they all come down from their post-challenge clouds when they are called to submit their nominations for the week. 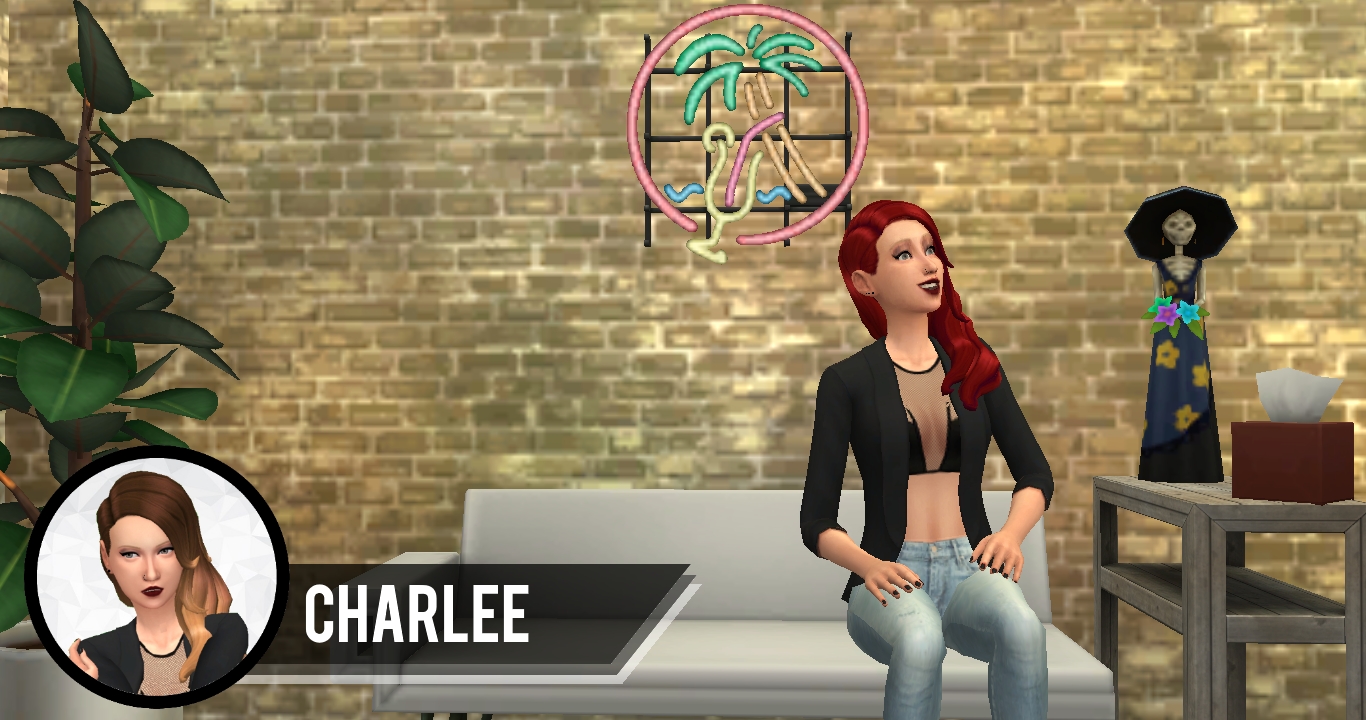 Charlee: Am I above sabotage? Hell no! I nominate Harrison because not only do I not like him, it seems like his increasing confidence and his showmance are going to turn him into a huge competitor. He needs to go! I suppose he does look great with that red hair… anyway, Enca is still a pain in my ass, and now she’s not even being fierce, so it’s the moment to strike. Send her home, people! And Kyungri, that plastic ho. She thinks she can threaten me? Who does she think she is? The kingpin of the plastic Korean mafia? Send her back to the witch coven that she calls a home! 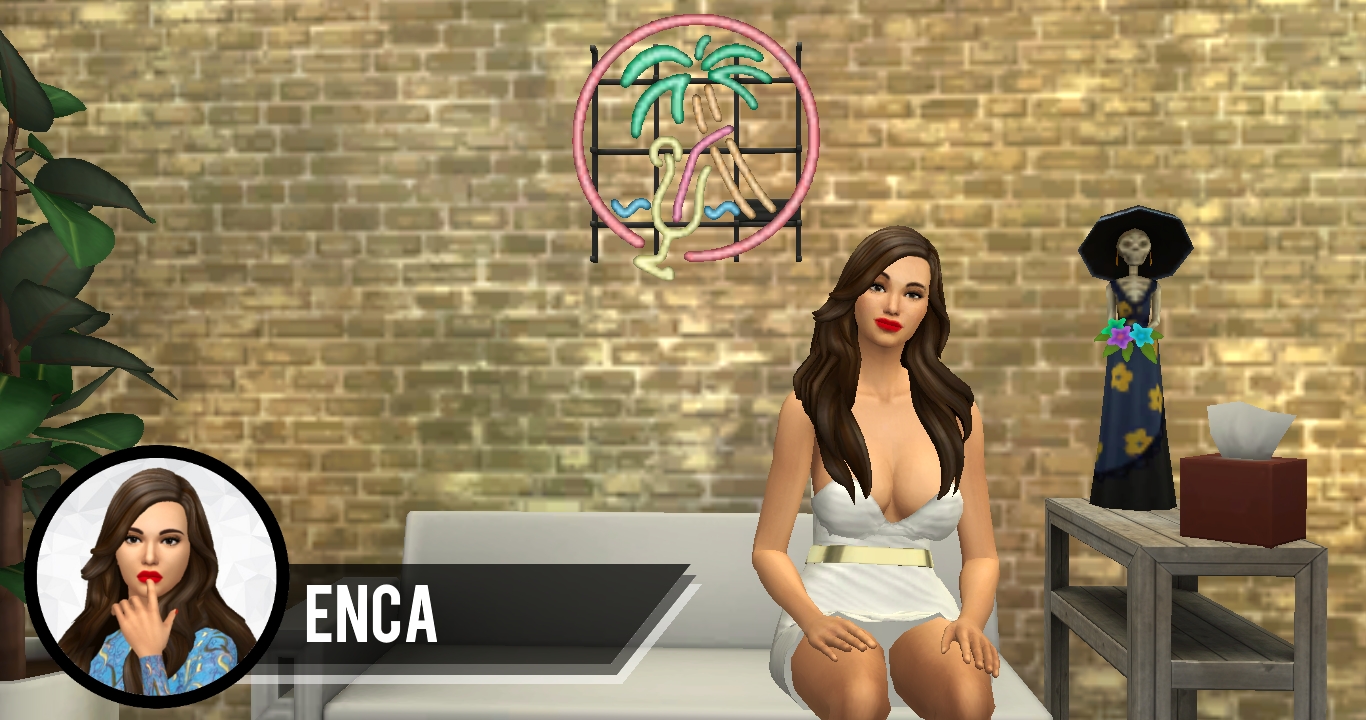 Enca: Well, my nominations this week should be obvious: Charlee doesn’t like me, and I don’t like her, so she can Ciao out of here, pronto. Marjan did an awful job in the challenge, and I’m annoyed at her, and Matthieu is making me mad with his indecision. Harrison is beautiful and he deserves better! I nominate these three people. 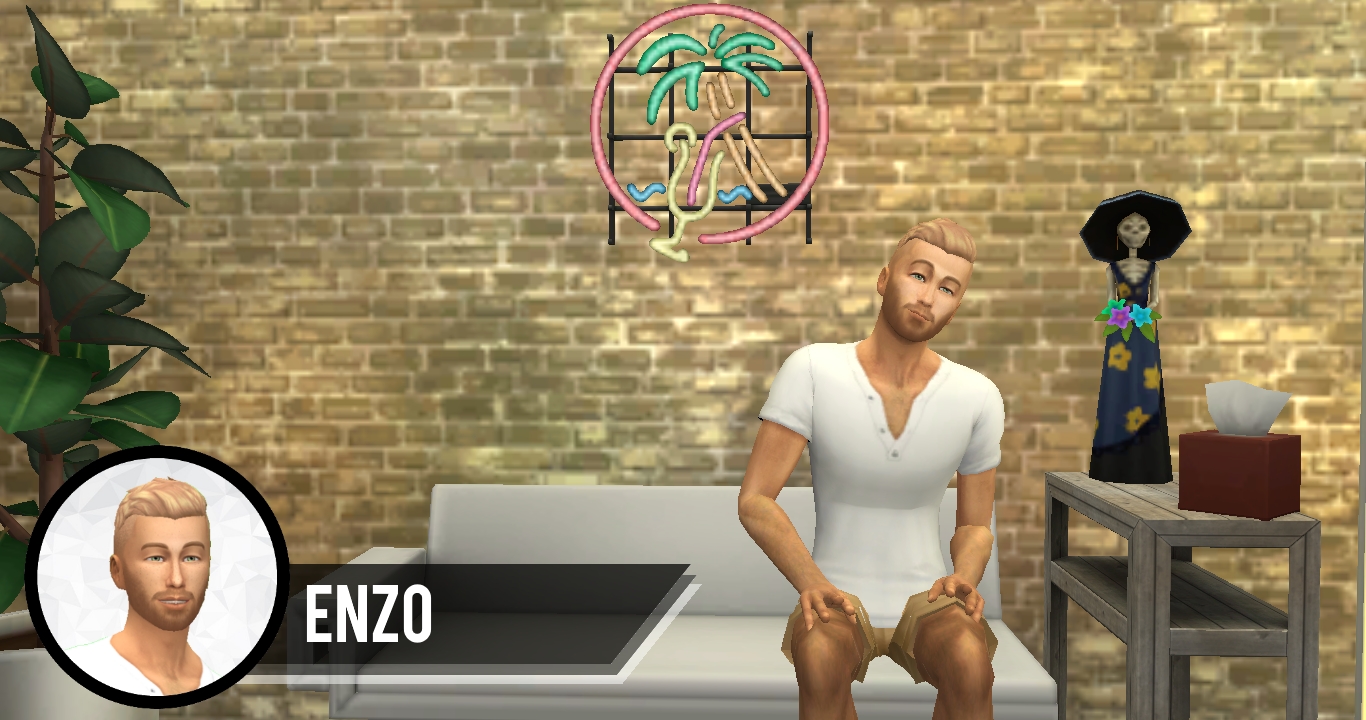 Enzo: You know what, I don’t know. I feel like I should nominate other people for different reasons, but I’m just gonna go with my usuals: Todd, Charlee, and Gabriel. They’re all a part of that evil alliance and they can all leave, though Todd was all right in this challenge. Oh well, there are better people still here, so bye to all of you. 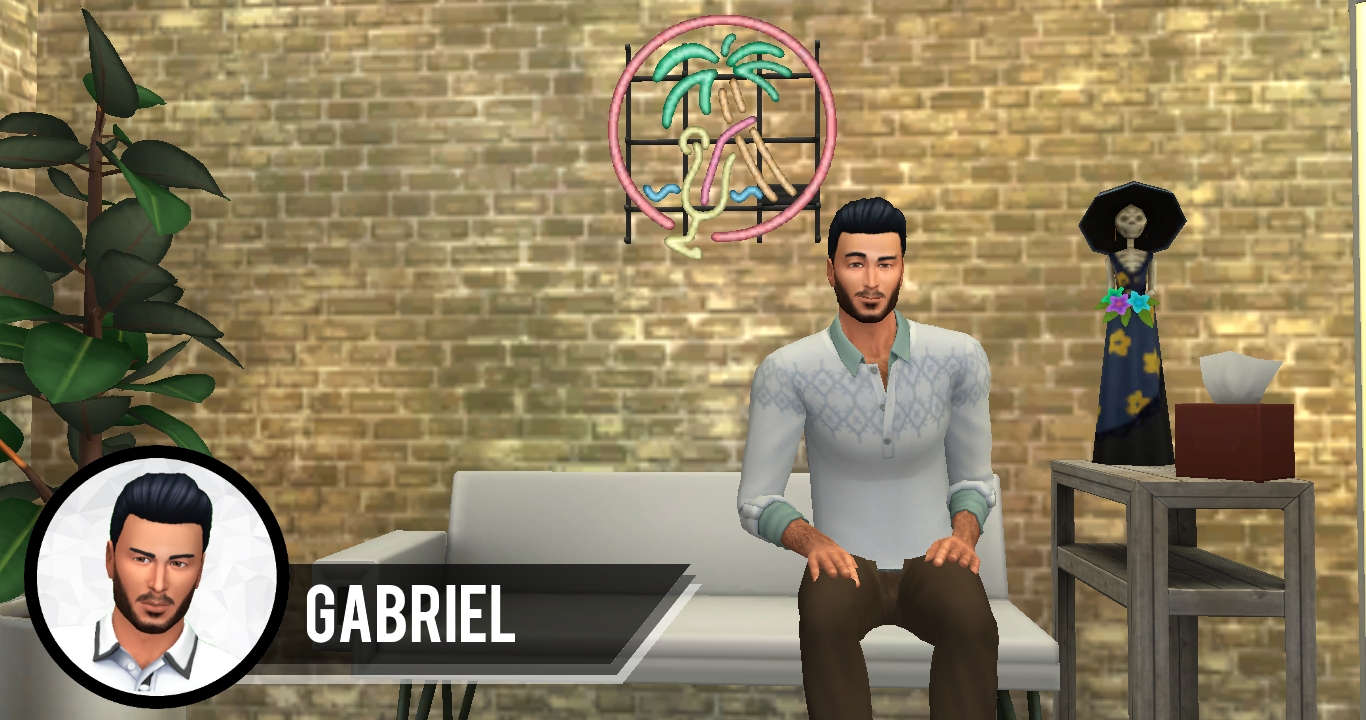 Gabriel: I know that Enzo and I have a rivalry due to a certain lady with whom we’ve both had children, but that’s not why I’m nominating him. I just feel like he’s not into this as much, and that his agent sent him here to boost his star power. I want a real competitor. For the same reason, I want to nominate both Marjan and Mitchell, since they’re just too distracted to win this. 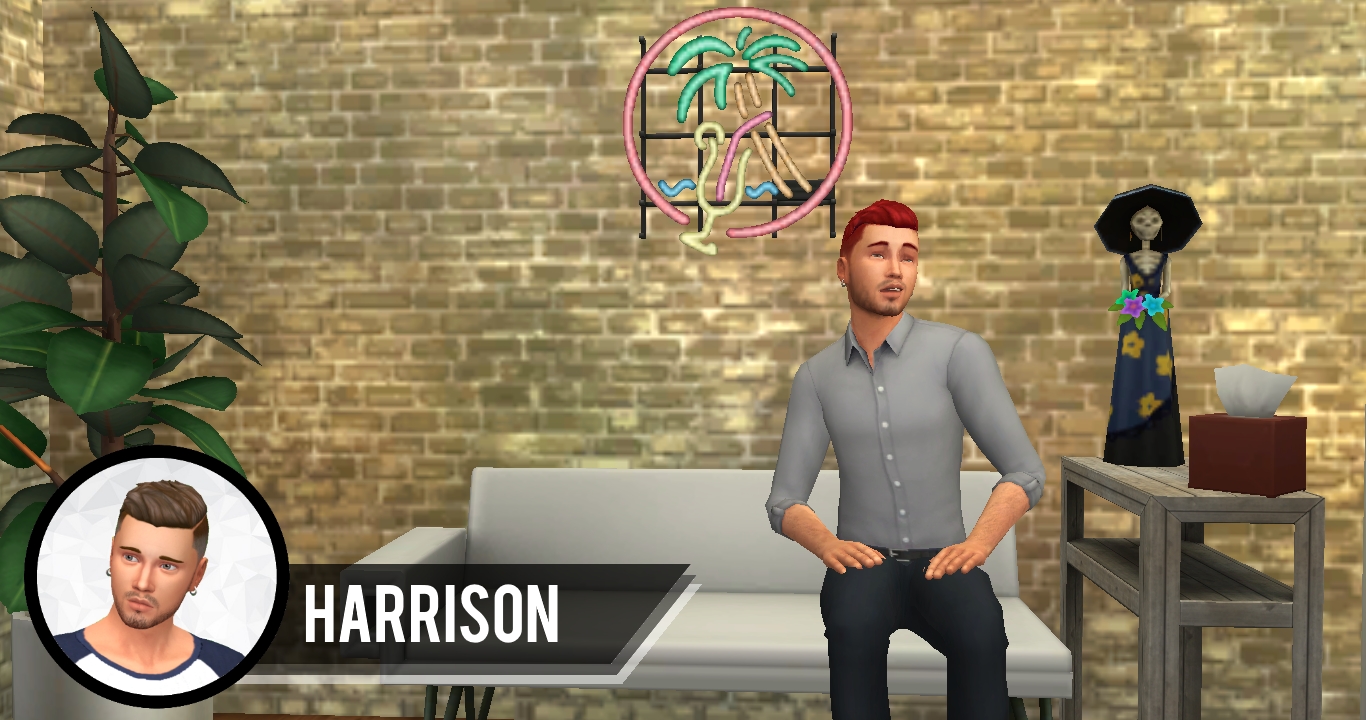 Harrison: Charlee was stellar this week but I still don’t like her. One good week does not make a girl likeable. Marjan is also getting on my nerves with her knowing looks, and Kyungri is just… intimidating. I don’t want them to leave, but I also don’t want them to stay… OK, fine, they can all leave. 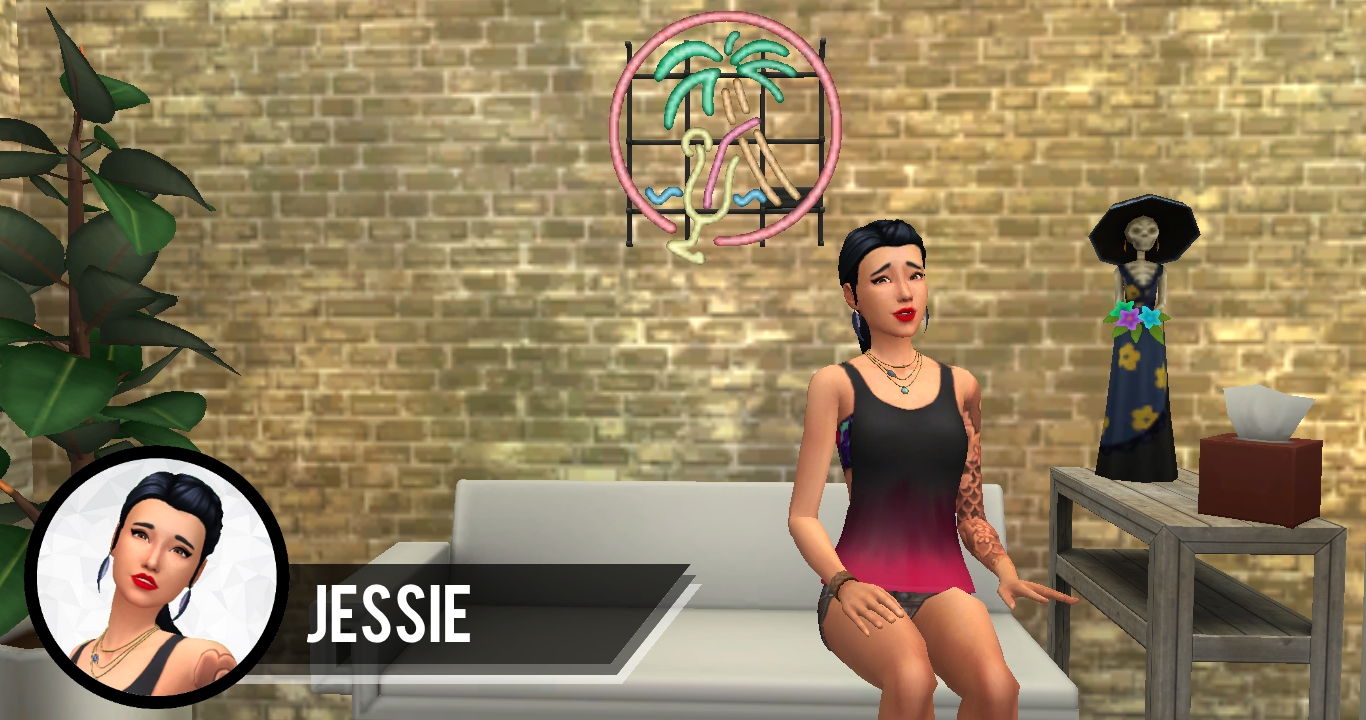 Jessie: I was going to nominate Charlee, but honestly she was great this week and I don’t think she deserves to go home. Shocking, I know! So instead I’m going to nominate the two girls that did the worst, Enca and Marjan, and the girl who I think is just too young for this competition, Louise. She looks fantastic and happy, but I don’t know. We really need to talk soon. And wow, did I just say something nice about Charlee? Wow…. 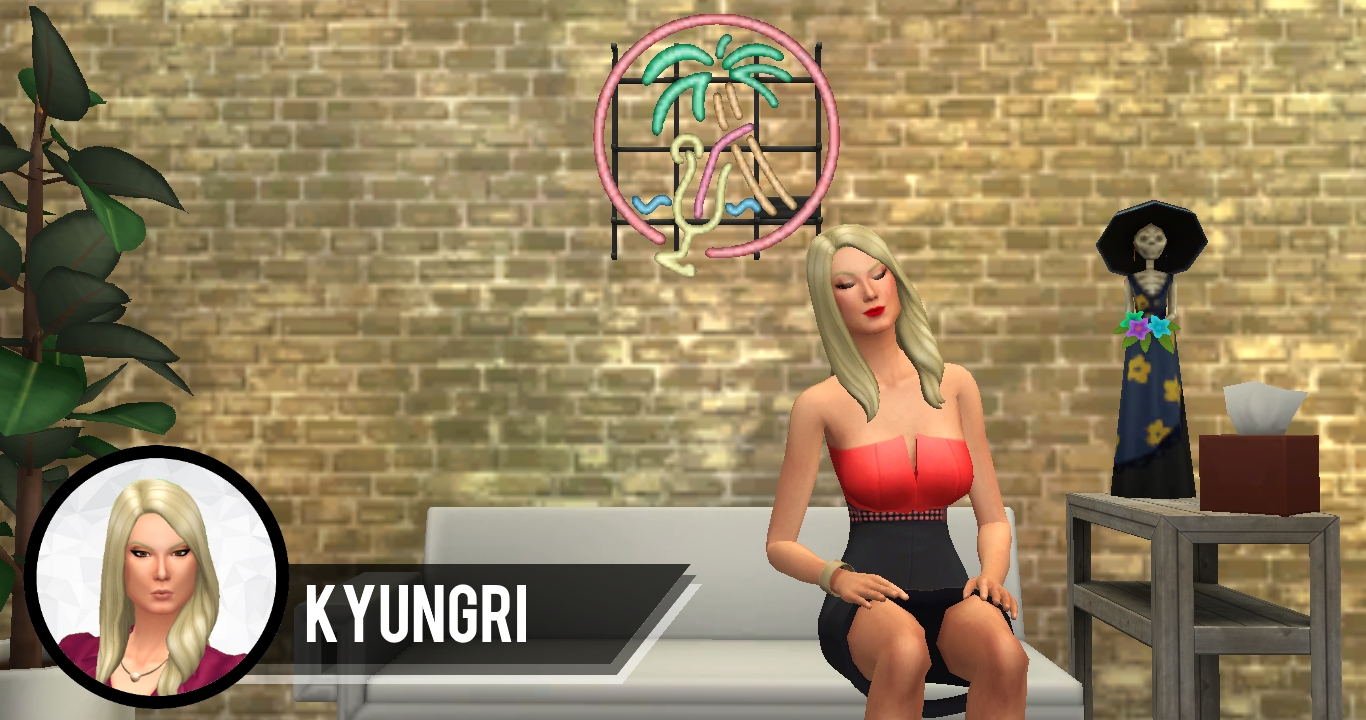 Kyungri: Todd, Charlee, and Marjan. All annoying for different reasons, but all pretty awful people. Marjan starts gossip, Todd spreads it, and Charlee uses it for her own nefarious purposes. I don’t need that sort of energy in this house. 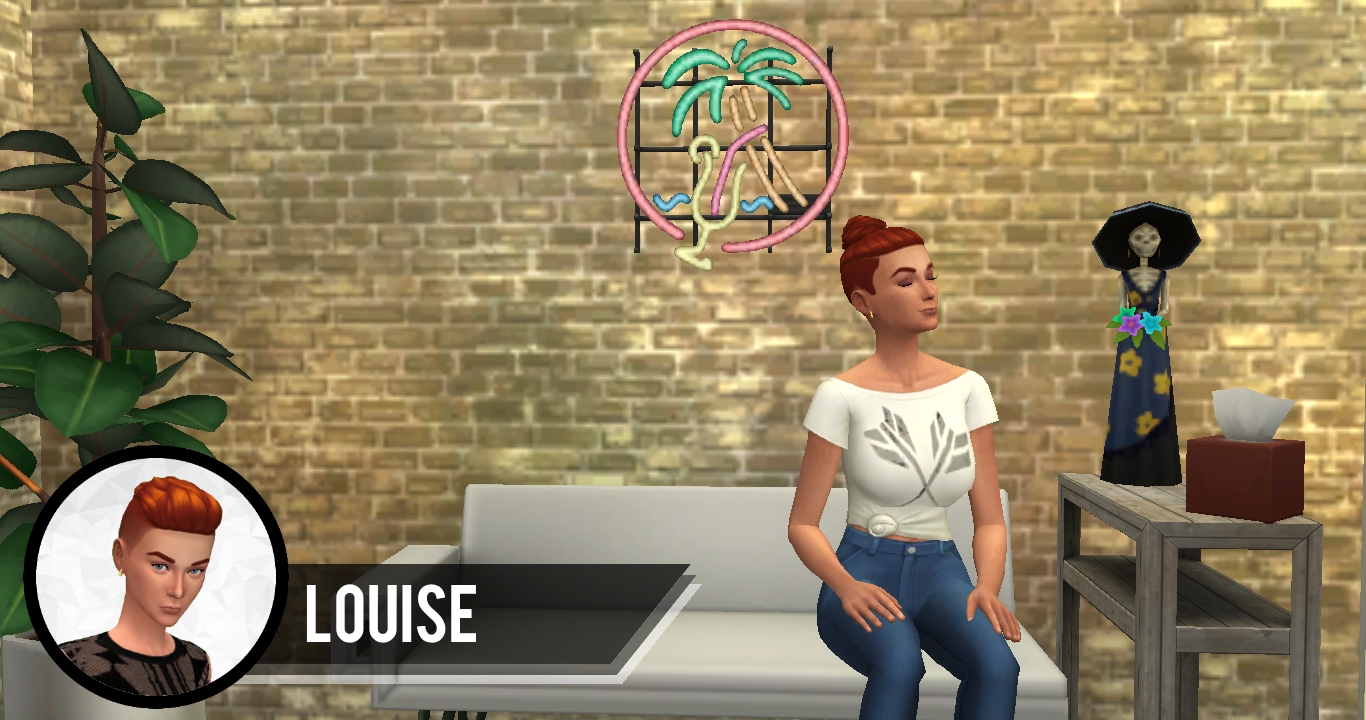 Louise: Jessie is so condescending to me sometimes, so I’d like to see her leave. I can’t believe we were friends before this! I also nominate Marjan, because she’s just… infuriatingly annoying. And vapid. She makes Kim Kardasim seem like a rocket scientist. Um, and this will sound weird, but I nominate Matthieu because I actually don’t like what he’s doing with Harrison. It’s a bit icky, to be honest. 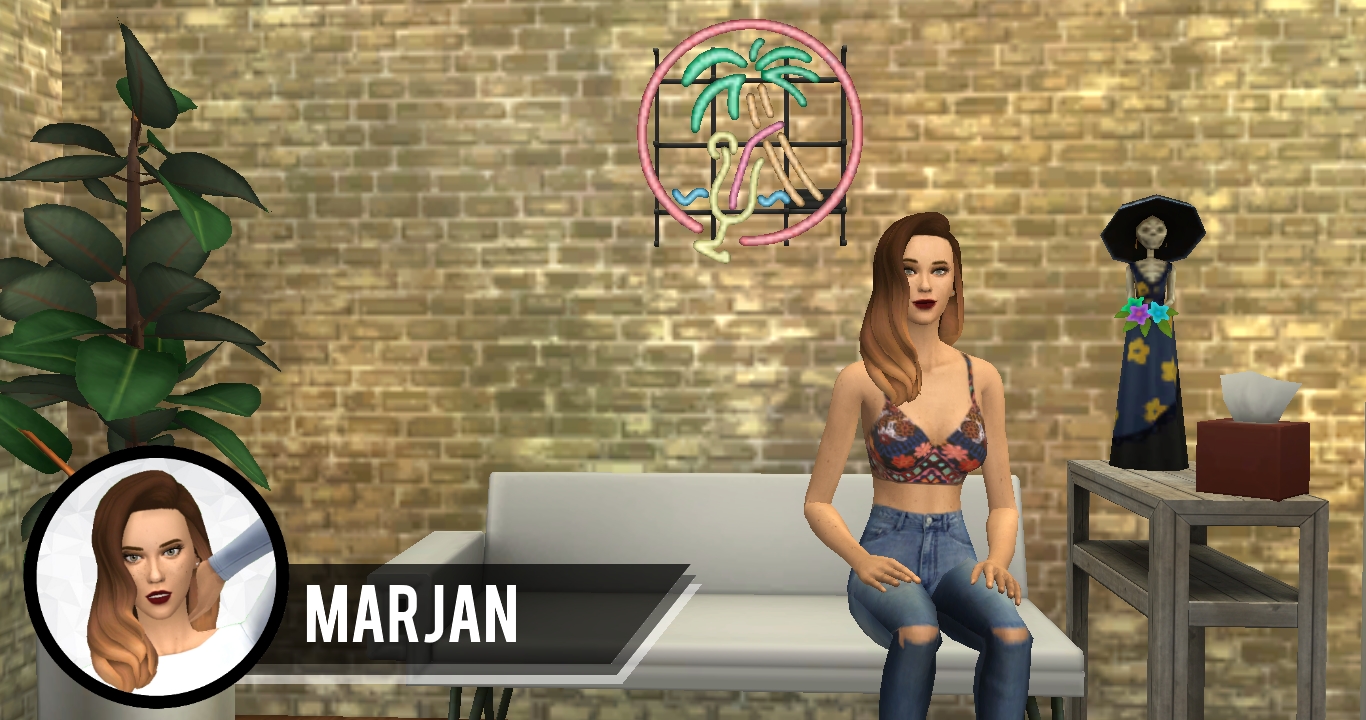 Marjan: It’s that time again! This time I chose the people who make me feel the most uncomfortable when they’re near, and those three are my nominations…

Marjan: Oh right! I fell asleep for a sec. Matthieu, Kyungri, Enca. Did I win? 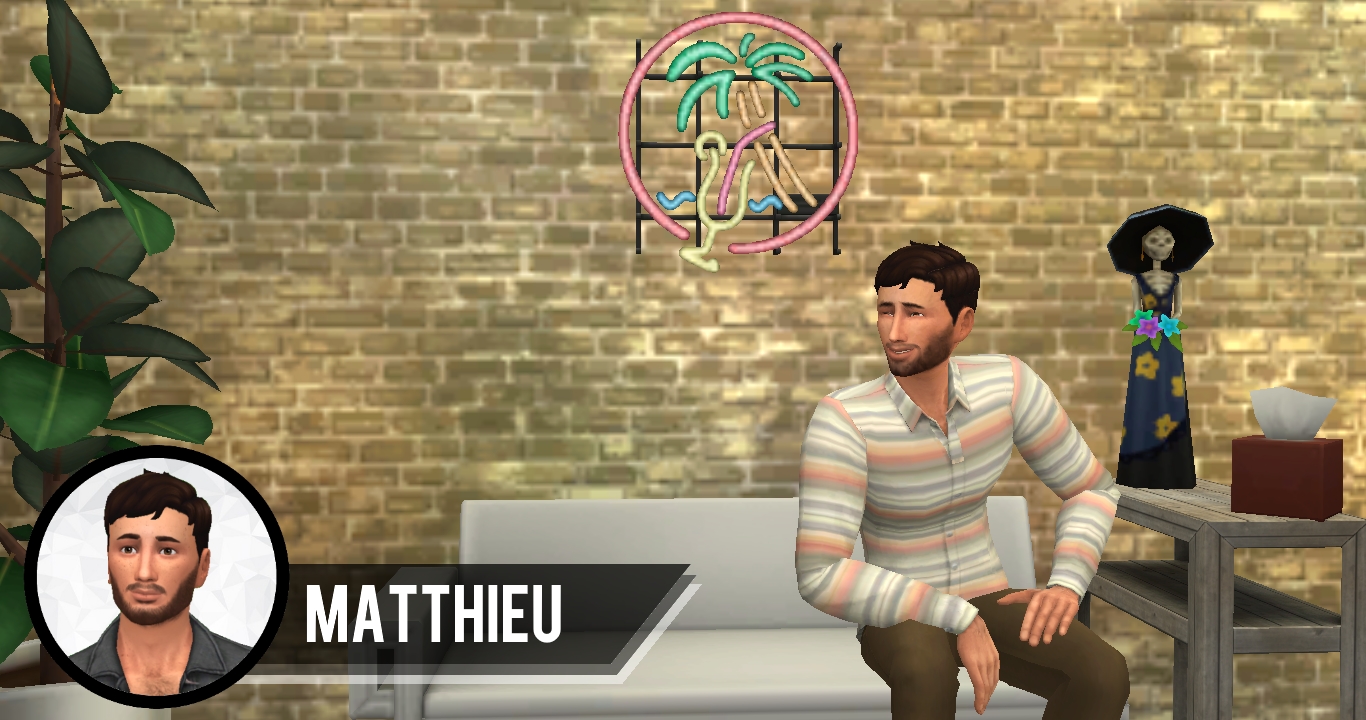 Matthieu: Usually this is harder but this time I’m going to pick who I think did the worst in the challenge, in the sake of fairness: Mitchell, Enca, and Marjan all fumbled in their performances, so I nominate those three. 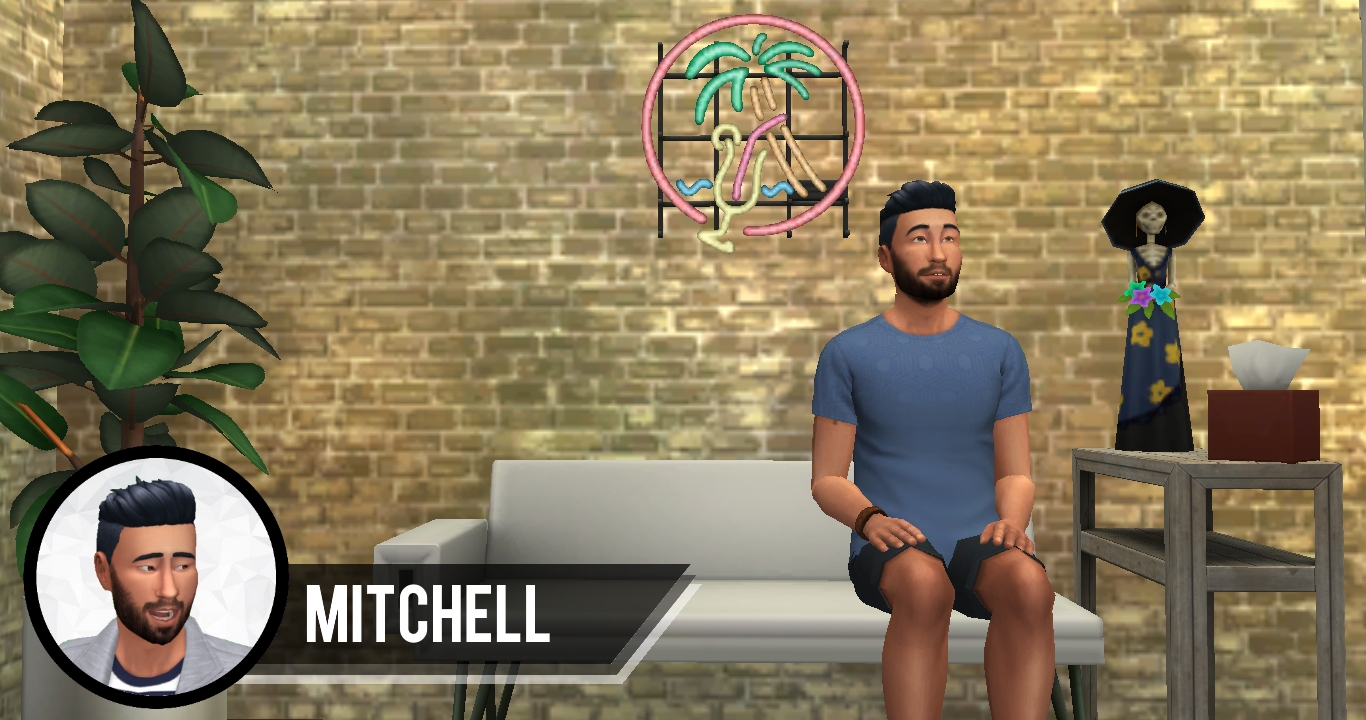 Mitchell: I don’t like this part of the show, so I’m going to do this as fast as possible without giving any explanations. Plus, Marjan is waiting outside so I don’t have the time to explain: I nominate Gabriel, Harrison, and Kyungri. All good? OK, bye! 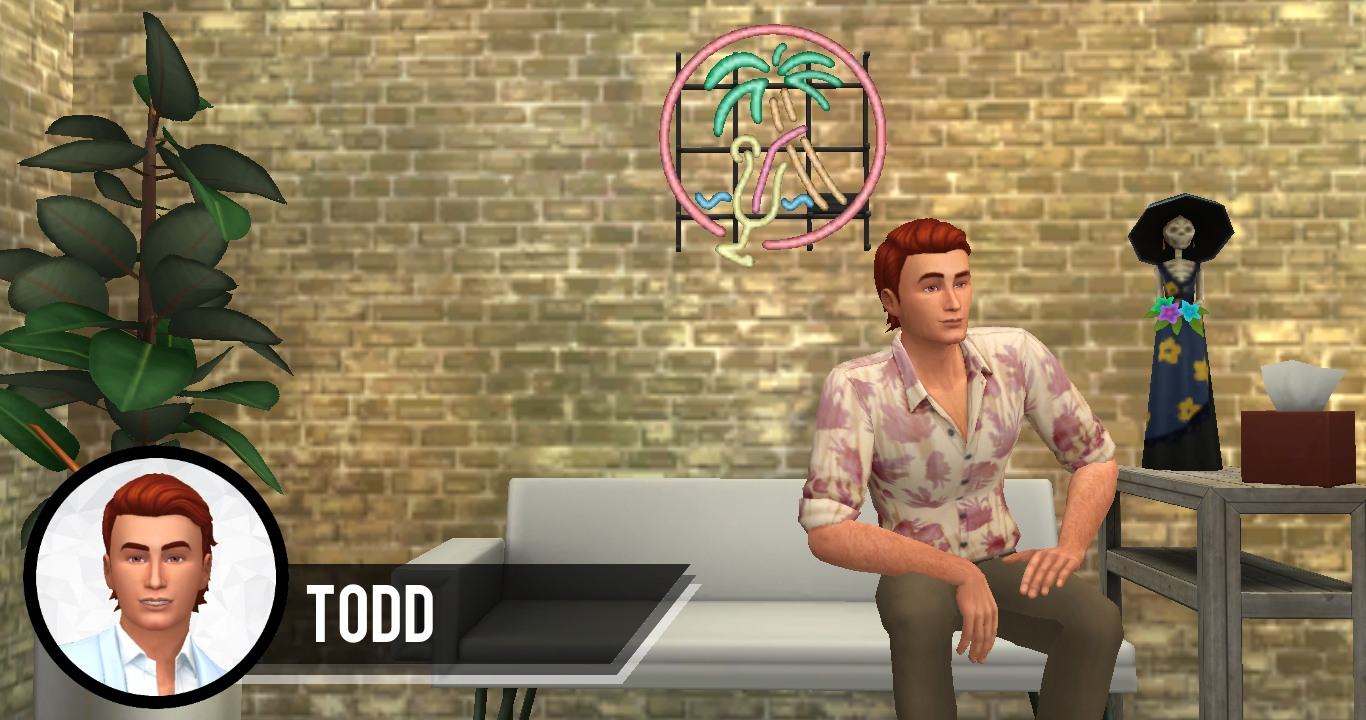 Todd: Kyungri, Enca, and Enzo. Get the hell out of here, and let the real competition begin. You’re all basic.

ajmkv: Damn, y’all were some savages! But now that all the scores and nominations are in, let’s get to eliminatin’ someone! It is now time to call out the names of the people who will be safe this week, and also reveal who will be up for elimination. The first name that I will call, and the absolute best performance of the week, is…

Damn, girl, you really rose to the top this week with an amazing makeover, a stellar performance, tens across the board, and only one nomination. Congratulations, your success this week is amazing and I’m so excited to see more of you! Enjoy your prize.~ 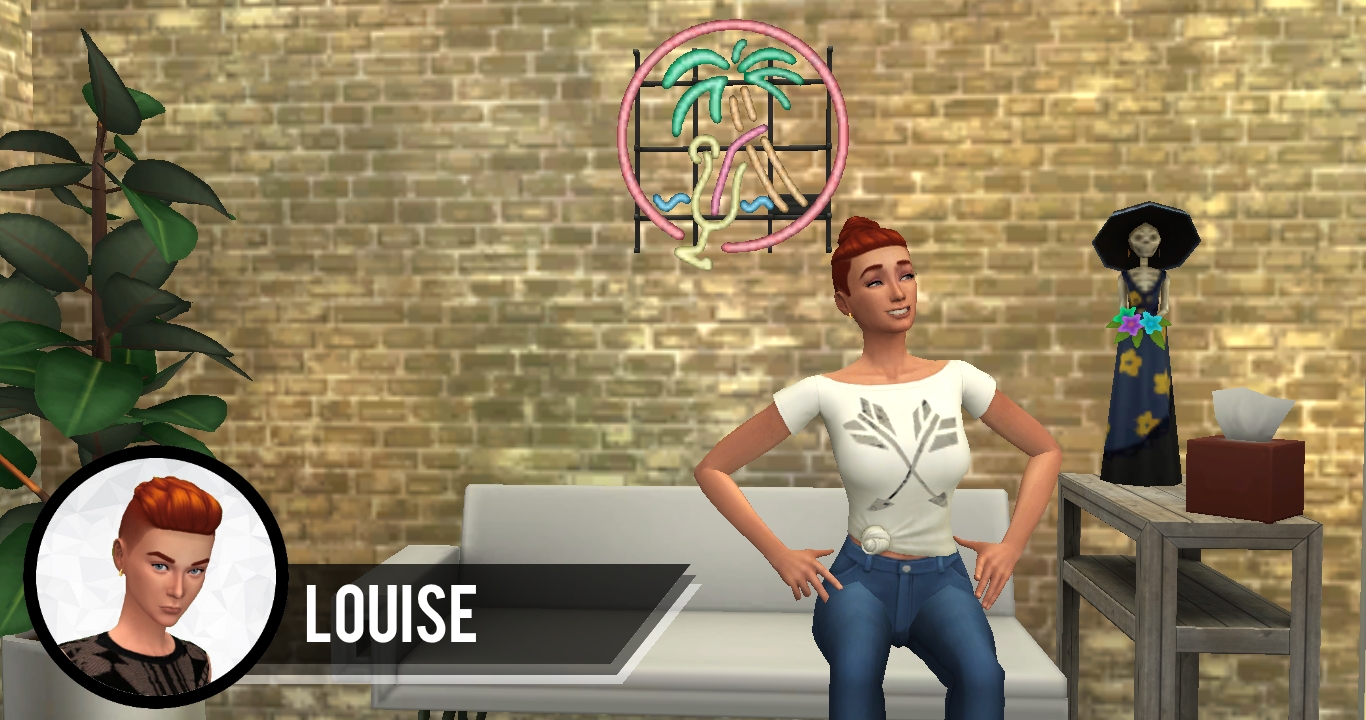 Louise: I’ve been on the cusp of winning every single time, and now I finally got FCO! This feels amazing, I am so ready to be the real competitor everyone knows I can be… only now, I trust in myself.

ajmkv: The next name I will call is:

From the Bottom 2 all the way to the Top 2… you’re yo-yoing around, but if you keep up the momentum, you can be back at FCO in no time. Great job this week, you are still in the running.

The next person is…

Girl, you’re a stunner, and this week you charmed all of the judges. Keep up the amazing work, it’s nice to always see you close to the top!

You had us all lustin’ for your bangin’ body this week, and you’re safe from elimination this week. Congratulations!

The next name I will call is….

Oh my God, where do I even start? You slaaaaayed me this week, mawma. Please keep this up and you could very well make it all the way to the top! Congratulations.

Another person who did very well this week…

Honey, you are unpopular in the house, and that’s the reason you’re not in the Top 3 this week. Maybe work on being sweet to your housemates, because otherwise you’re flawless! 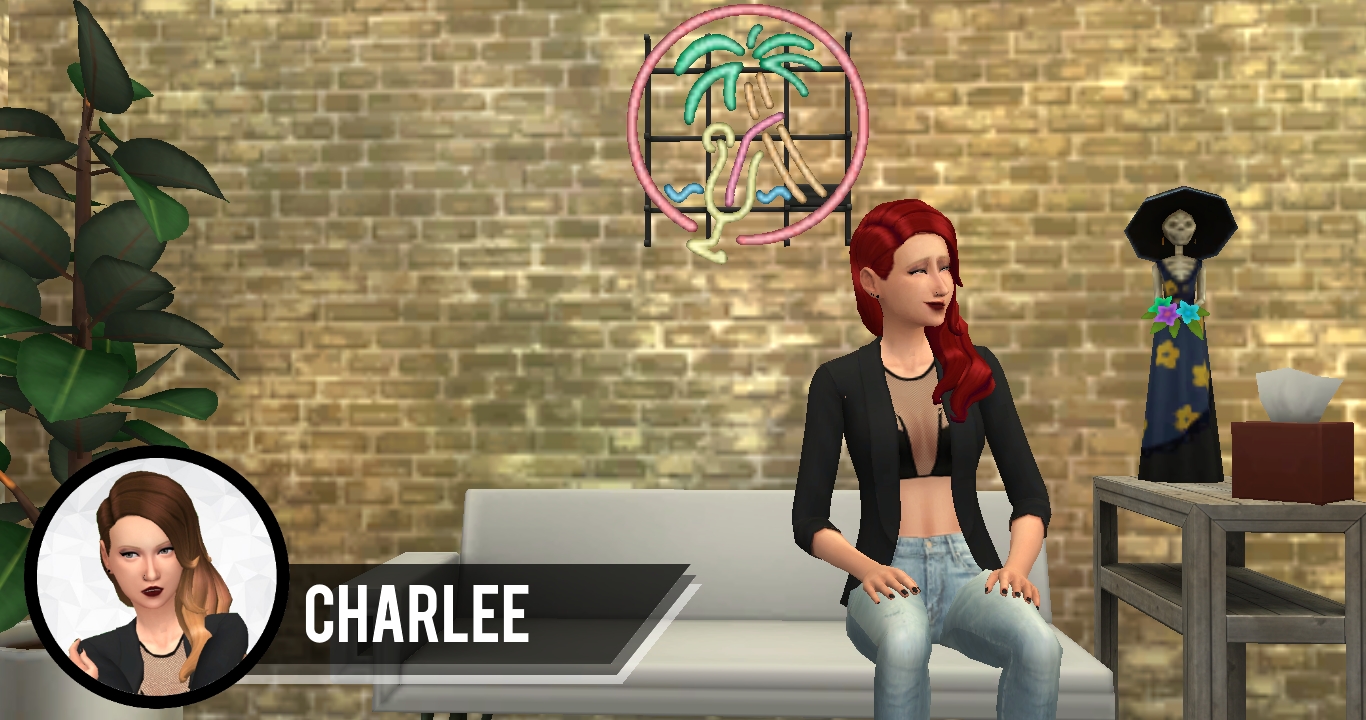 ajmkv: The next name I’m going to call is the best of a bad group…

Daddy, you were on fire in your solo performance, but your group definitely dragged you down. Next time, make sure to contribute a little bit more in order to avoid this! Congratulations, you are still in the running.

The next name I will call also made the best of a bad situation….

Same advice I had for Enzo, make sure you put in a little more effort into the organizing next time. You’re fabulous and shouldn’t have to find yourself down here.

And now…. Let’s see who the winner is… 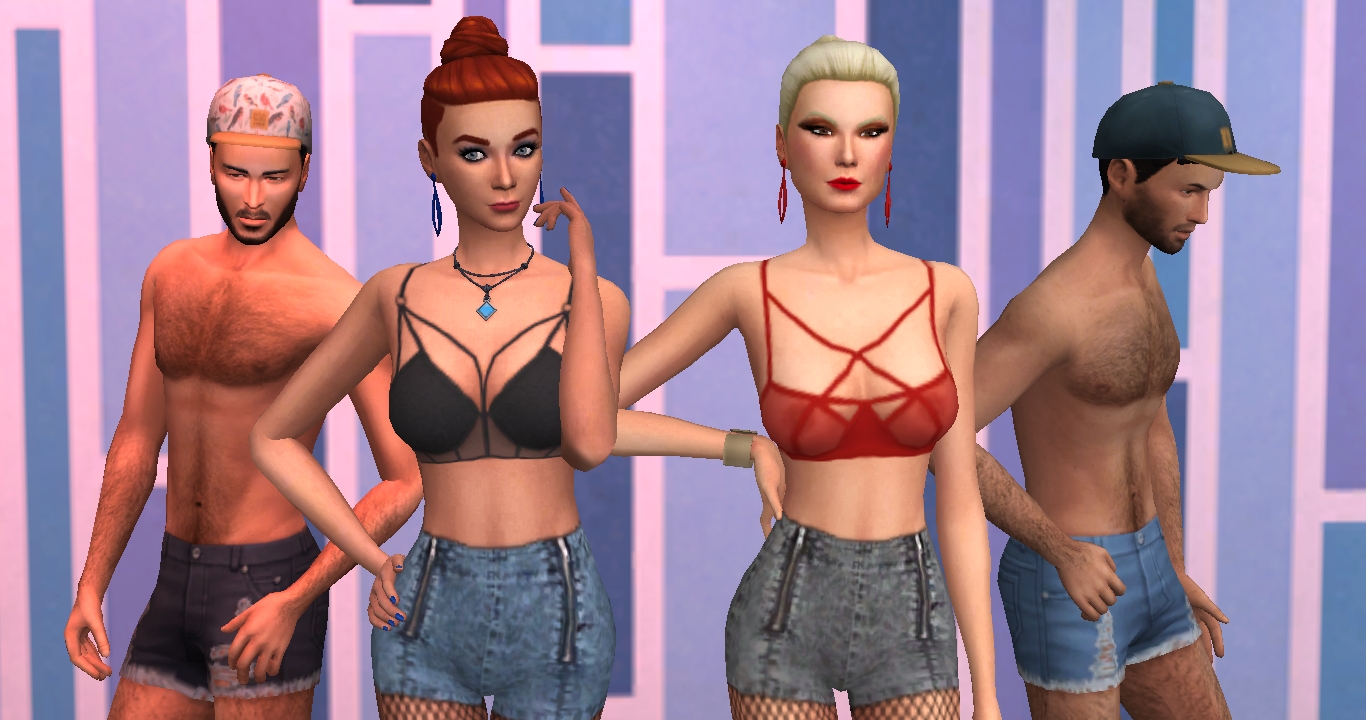 Team Chocolata! Honestly, could there have been any other winner? Three of you received full scores, and not one of you flopped. Congratulations, you all have immunity at next week’s elimination! 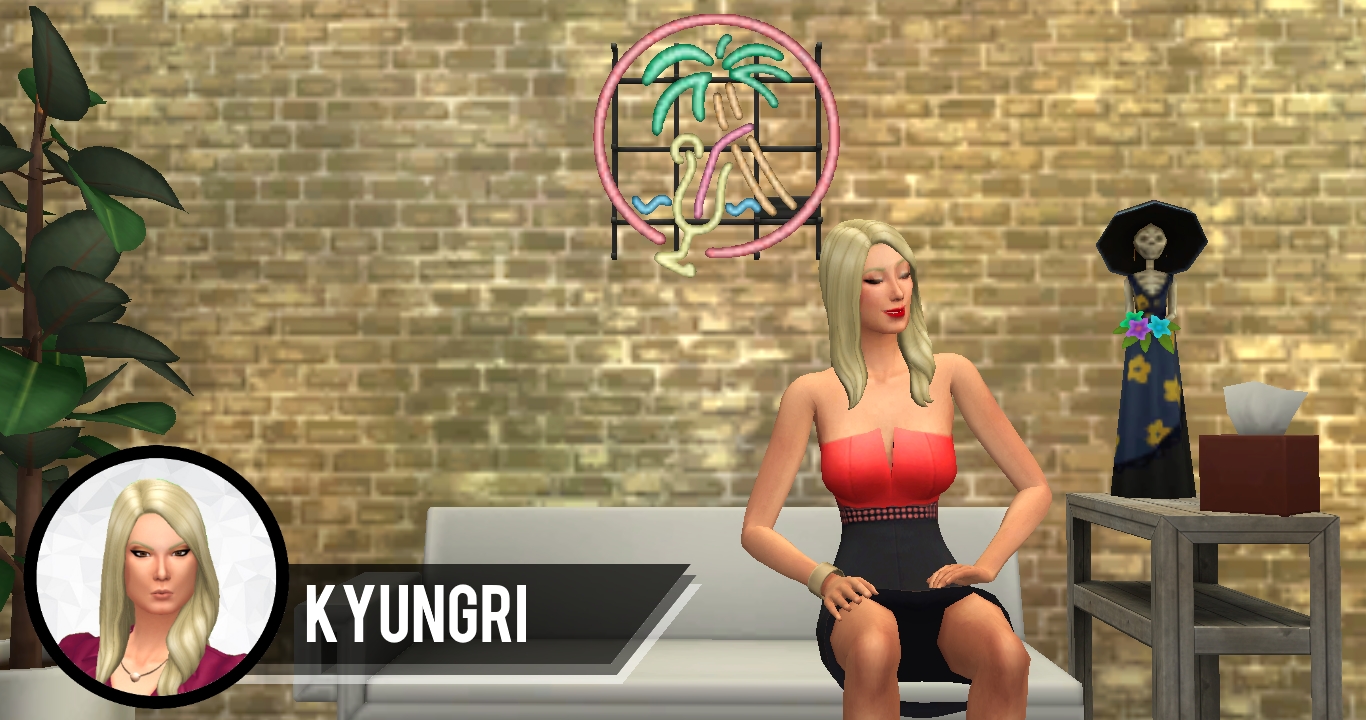 Kyungri: This feels right. I have not only won the team challenge, but I’m going to be here for at least two more weeks! And all because I went with my gut and chose the best concept in the bunch. Praise Shaman Unnie! I can smell the money already.

ajmkv: I’m sorry to the rest of you, this means that no one that’s left can automatically be exempt from elimination… but who will barely avoid the Bottom 3?

Boy, I’m sorry to see you all the way down here, I thought you had quite a good performance, but hey, at least you’re not up for elimination. Step it up next week and you may just make into the Top 5 for the very first time. 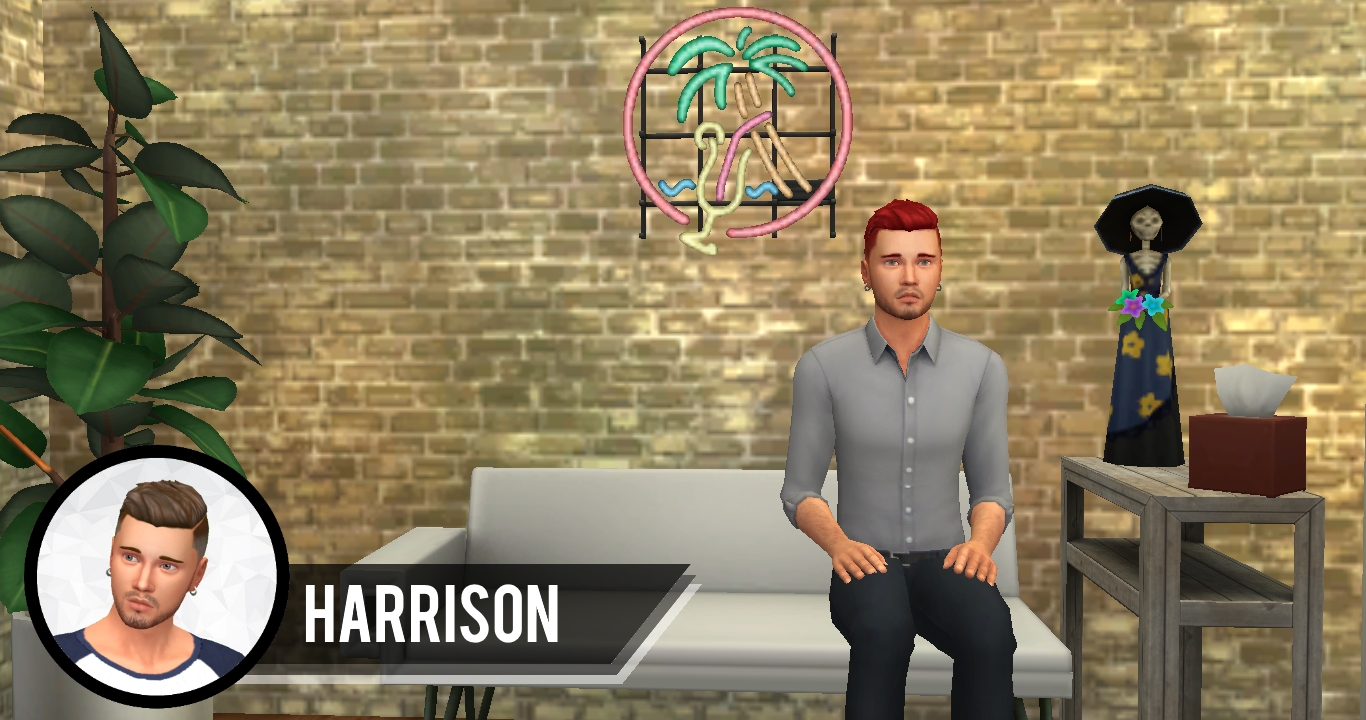 Harrison: Gosh, this is the lowest I’ve fallen. I’m going to try extra hard next week to make sure I remain in this competition for as long as I can! I certainly have the motivation to do so…

ajmkv: Which means that our three contestants up for elimination this week are Enca, Marjan, and Mitchell. It’s up to you at home to vote for your favorite and to save them from elimination. Is the third time the last time for Bottom 3 Queen Enca? Is Marjan just misunderstood by her housemates? Or is Mitchell deserving of another week? Let your voice be heard and vote for your favorite contestant!