Previously, on Kev & Get It: To the surprise of her housemates, Marjan continued to spiral into a bizarre breakdown, and no one knew quite what to make of it. Kyungri, Jessie, and Enzo discussed ways to excel in the competition, and didn’t come up with anything. Enca vowed to make up for her poor showing in the past weeks, and Louise enjoyed being the winner while Charlee seethed at her near-win. Bitter about his loss the week before, Todd launched an ill-advised plan that soon put him at odds with the rest of the house, except for Gabriel who, after revealing a big and devastating secret, remained firmly on his side. After many weeks of flirting, Harrison and Matthieu finally decided to get together, which meant that Matthieu had to make a phone call to an important person from his past. The new couple shared their first kiss and everything seemed perfect until an intense athletic challenge brought out the competitive side in our contestants, who were divided into teams and pitted against each other. Rivalries flared up and many people found each other against their biggest enemies in the house. Kyungri’s eventual win was overshadowed, though, by Todd’s intense revelation, which ended up causing a rift between Matthison and, ultimately, directly influencing Todd’s elimination. In the end, regret proved not to be enough to save him and he was sent home. 10 contestants remain: who will be eliminated tonight?

Emotions are running high after the last elimination. With certain exceptions, most of the contestants feel like they’re not safe from elimination, and tensions mount when they return to the house after the ceremony. 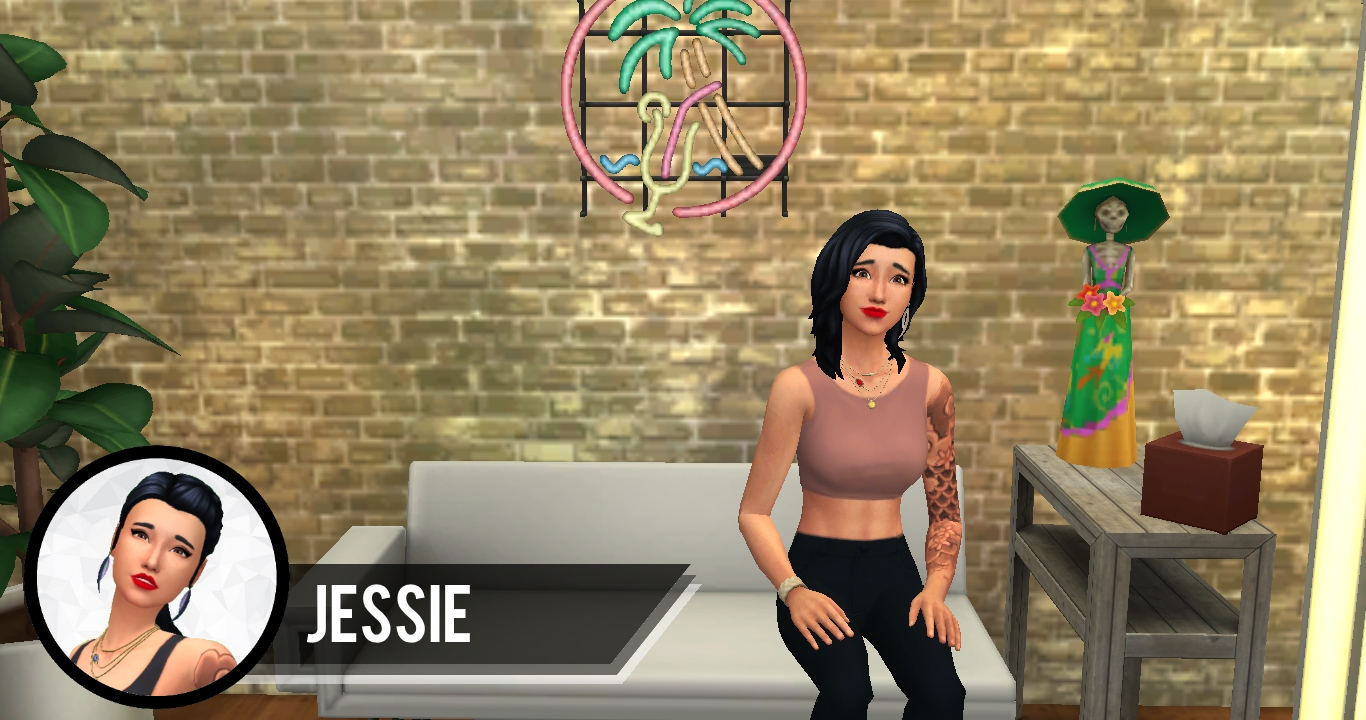 Jessie: I didn’t like the vibe in the room. Honestly, I don’t really gel with silent negativity, so I suggested that we have a soirée to calm our spirits. I mean, what’s better for sulking reality TV contestants than high tension, copious amounts of booze, and constantly running cameras?… 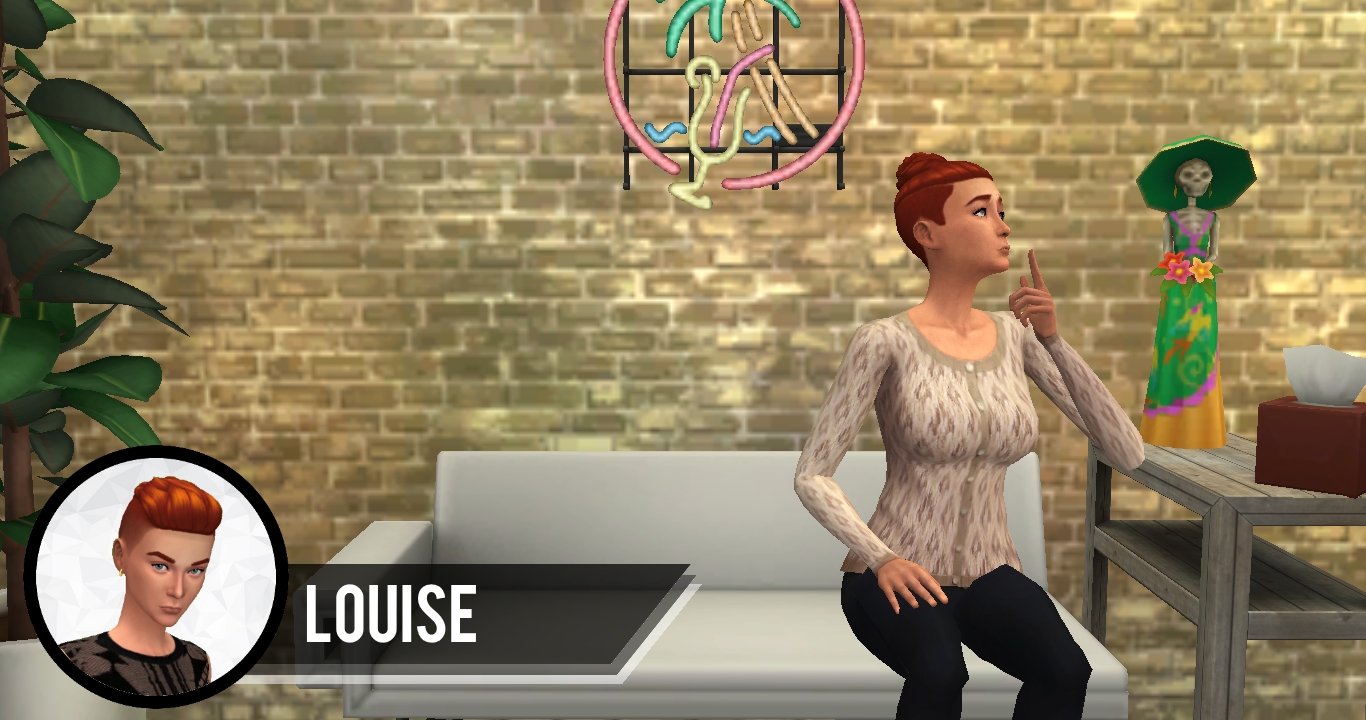 Louise: So we were all sitting and talking, having a few drinks, and laughing, and then THAT happened… no one saw it coming, I couldn’t believe it! I don’t know where this came from, who knew that there was such fire inside such a tiny thing? 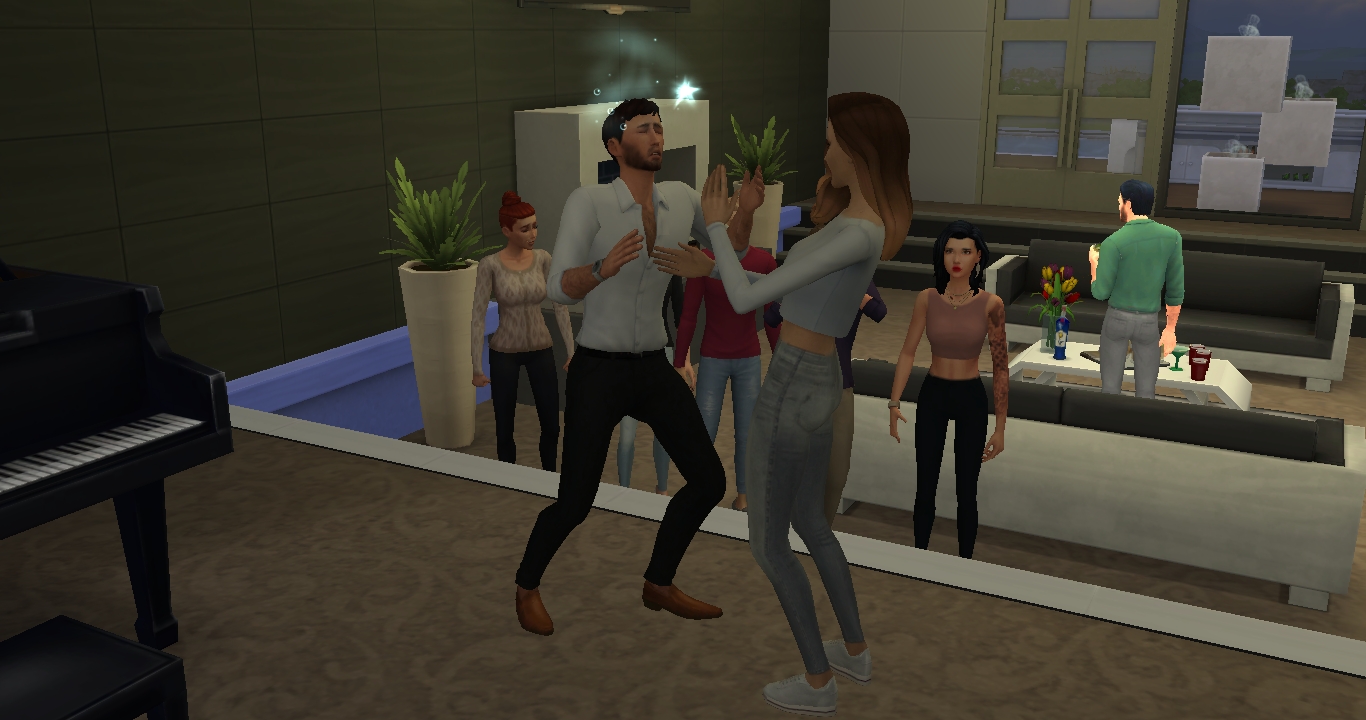 Marjan: And that’s for being such a jerk to Harry! You think you’re such hot stuff, but let me tell you this: you’re not!

Matthieu: What are you talking about? Ow!

Charlee: GET HIM, GIRL!

Marjan: I don’t have to explain myself to anyone or anything.

Marjan runs off to the bathroom, laughing to herself as everyone stares at her. Matthieu rubs his face, and then goes off to get a drink. Charlee can’t stop laughing, but she also looks like she’s spooked by this sudden disconcerting outburst of emotion. Jessie sits back down, with a small, concerned smile on her face. 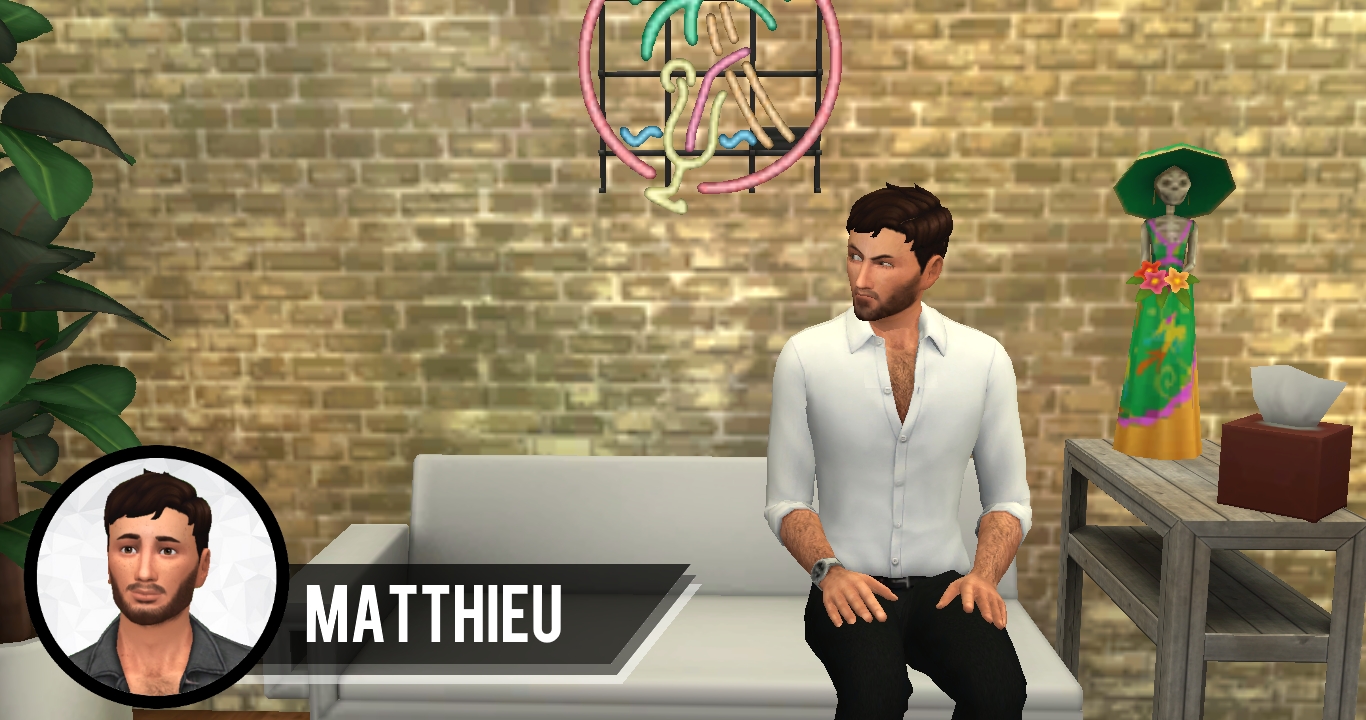 Matthieu: What did I do to her? She’s off in her own world! She wouldn’t even notice anything happening in the house if it weren’t for the producers constantly whispering things in her ear to make sure that she’s up to speed…

Things soon calm down, though, and the night continues. The contestants seem to relax after the tense day, and everyone appears to be having a good time. Marjan returns from the bathroom, and sits with Charlee and Jessie, who look at her as if she’s a new person. They don’t hint at it, but they are hesitant to engage in conversation with her. 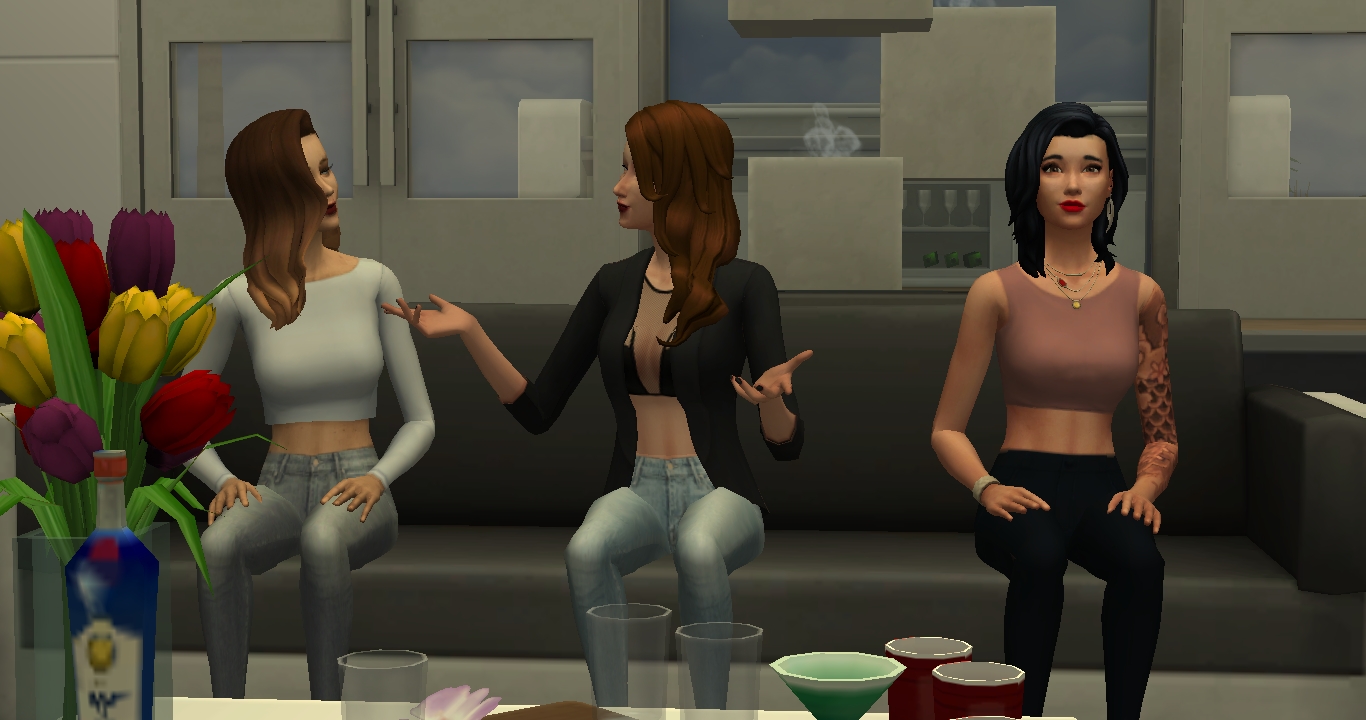 Charlee: So, er, Marjan, what’s been up with you? You seem like you’ve been tired.

Marjan: Honestly, yes, you know? It’s like when a hummingbird stops drinking sweet nectar and it just drops dead, its little body exhausted and flopping onto the ground, only to be swept away by the strong winds and carried into oblivion.

Charlee: That’s… vivid. Do you need anything?

Marjan: I need nectar. I NEED IT.

Jessie: Have you tried this drink here? It’s quite sweet, perfect for you! 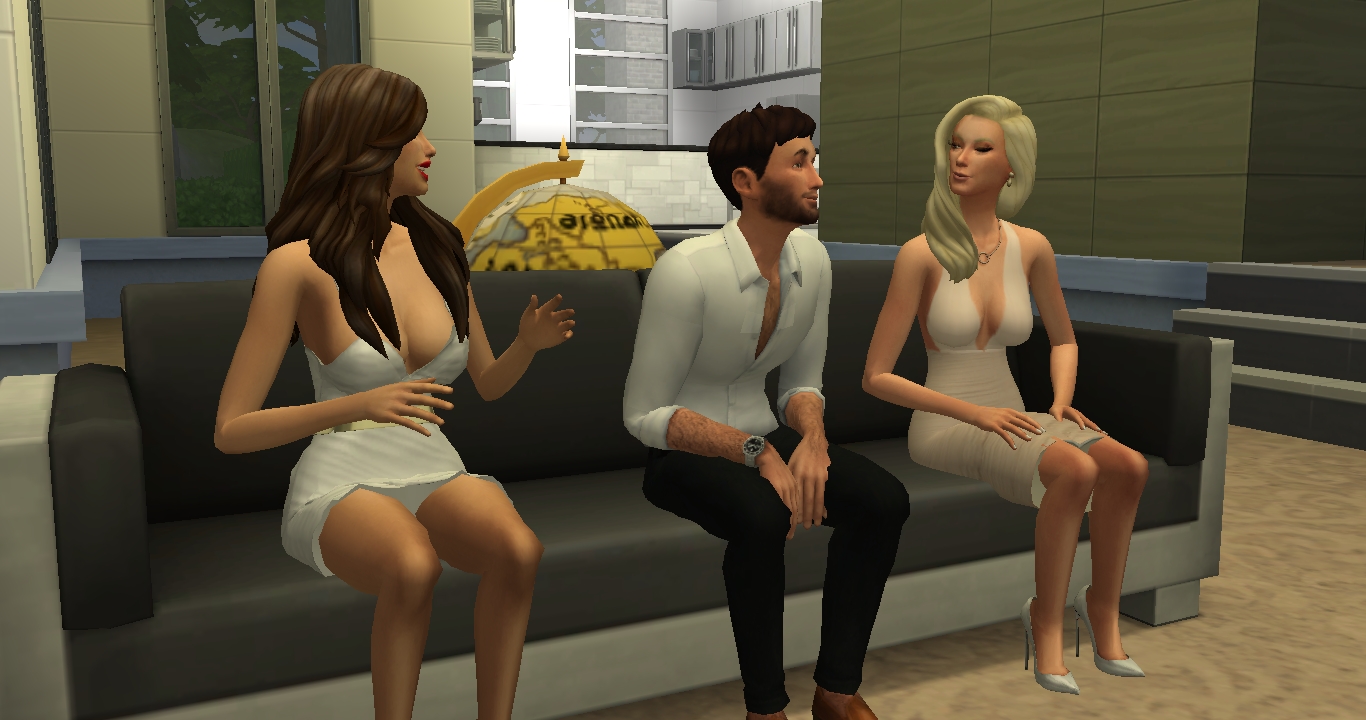 Enca: *whispering* Are you hearing this? What even is happening?

Kyungri: Tired? I say she’s ready to go home! This is not the attitude of a winner!

Matthieu: I guess I wouldn’t mind seeing her go home… she’s rubbing me the wrong way.

Enca: Hitting you the wrong way, you mean *giggles*. But yeah, she’s gone from bad to worse recently, I feel bad for her but if she leaves it means that’s another week I can skate through!

Kyungri: You’ve been skating through every week regardless! Girl, please. 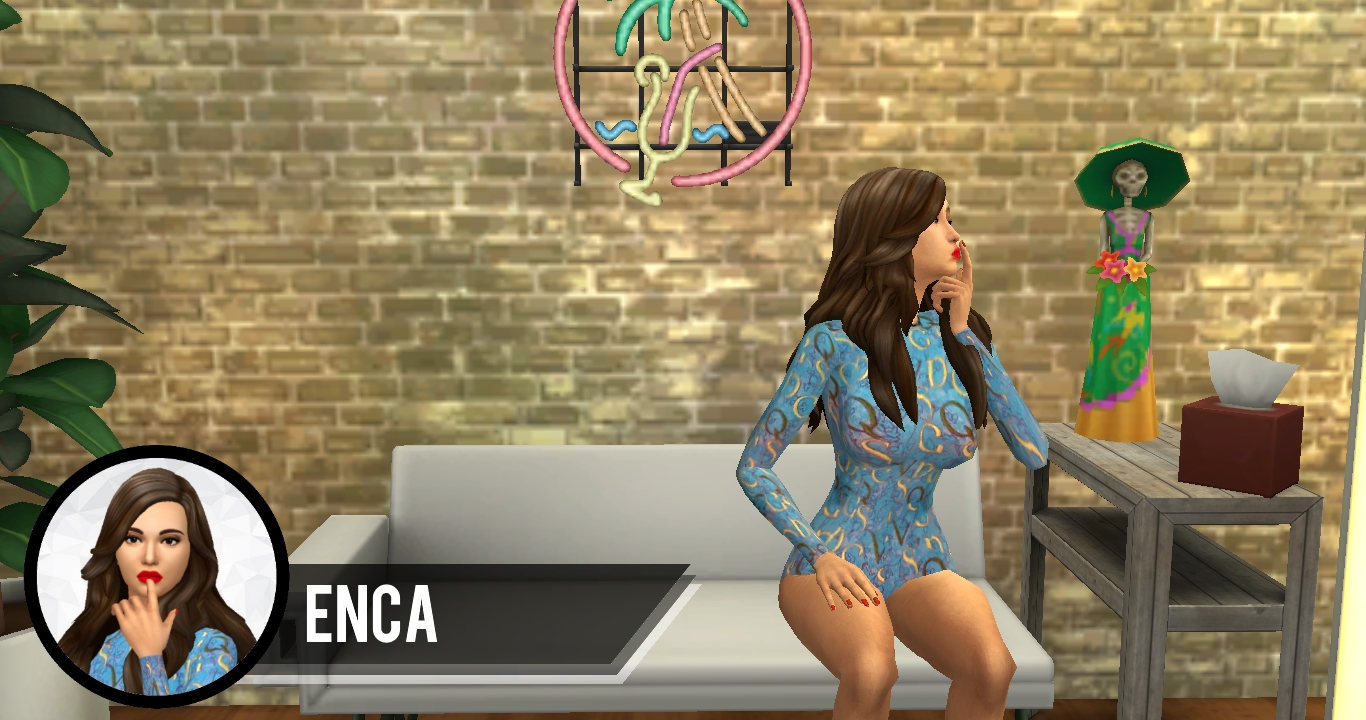 Enca: Bitch, and I will keep skating right over your ass, you just watch me! *giggles*

Meanwhile, Gabriel and Enzo don’t seem to be seeing eye to eye over the results of their athletic face-off the week before. Enzo especially seems to be threatened by the results of the event, and has been annoying Gabriel with promises of a rematch. 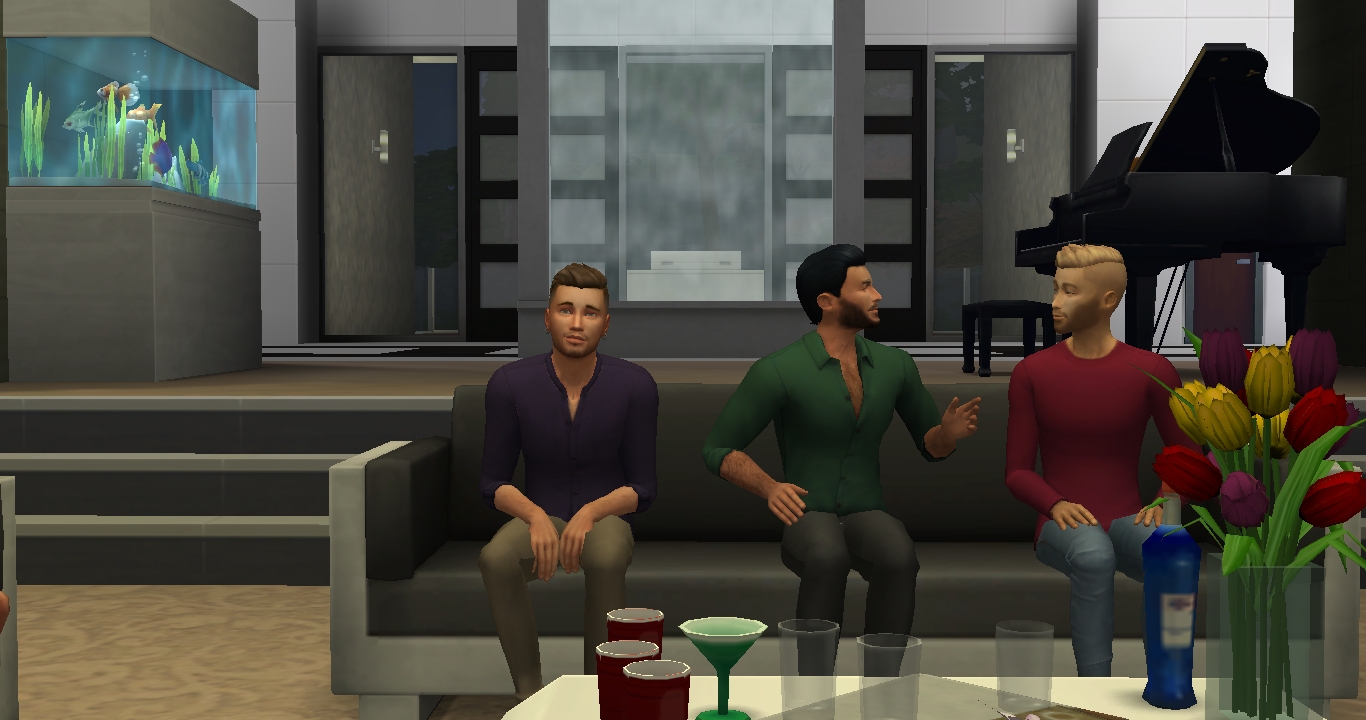 Gabriel: Ennie boy, listen, you don’t need to prove anything to me! I get it, you’re strong, blah blah blah.

Enzo: Stop calling me that! Ugh, I just really want to prove to the people watching that I’m just as good as you are, last week was a fluke.

Gabriel: You don’t need to prove anything to anyone but yourself! Who cares who’s watching? Strive to be better for yourself. 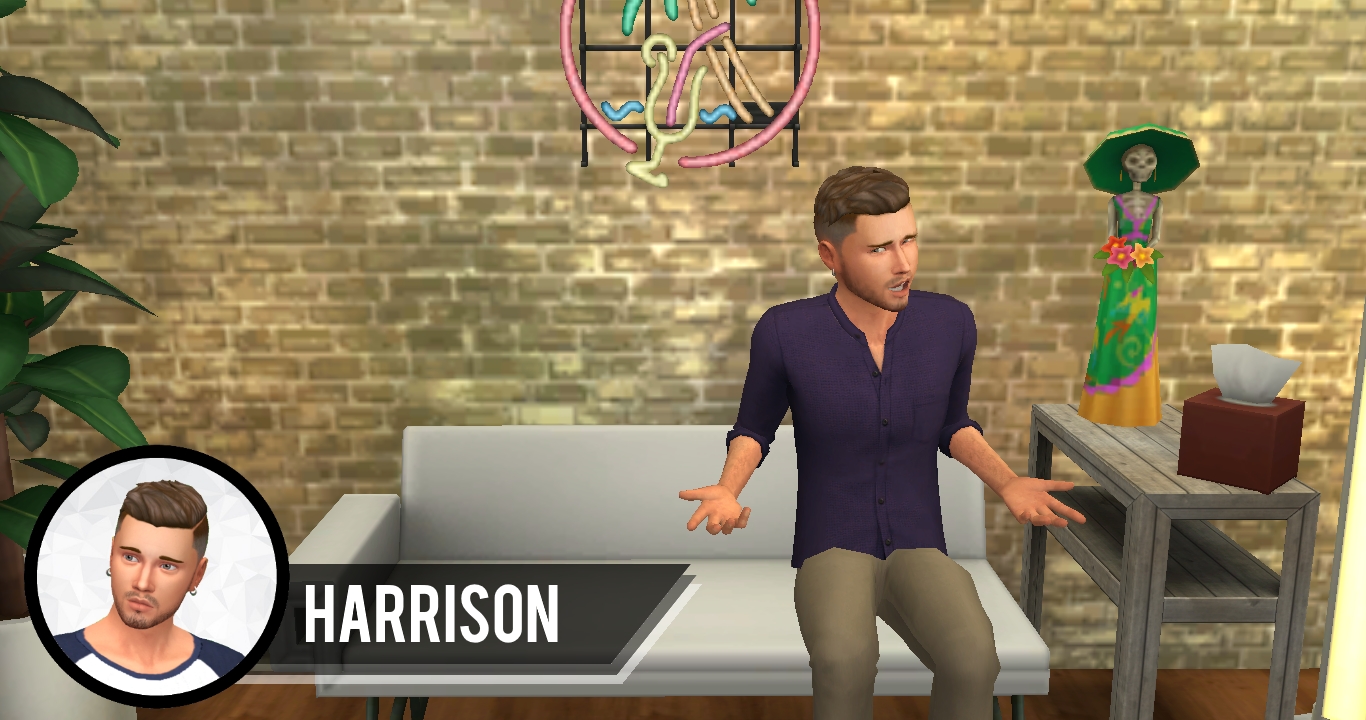 Harrison: God, who even cares? They’re arguing about this stuff like it actually means something. It’s a not-so subtle penis length measuring competition and it’s driving me crazy. I wish they’d shut up.

Harrison, though, is lost in his thoughts most of the evening. He is thinking about what happened earlier with Matthieu. After the elimination and their conversation, the two of them took advantage of the silence in the house and went off to take a shower together, to “relax after the stress of the week.” 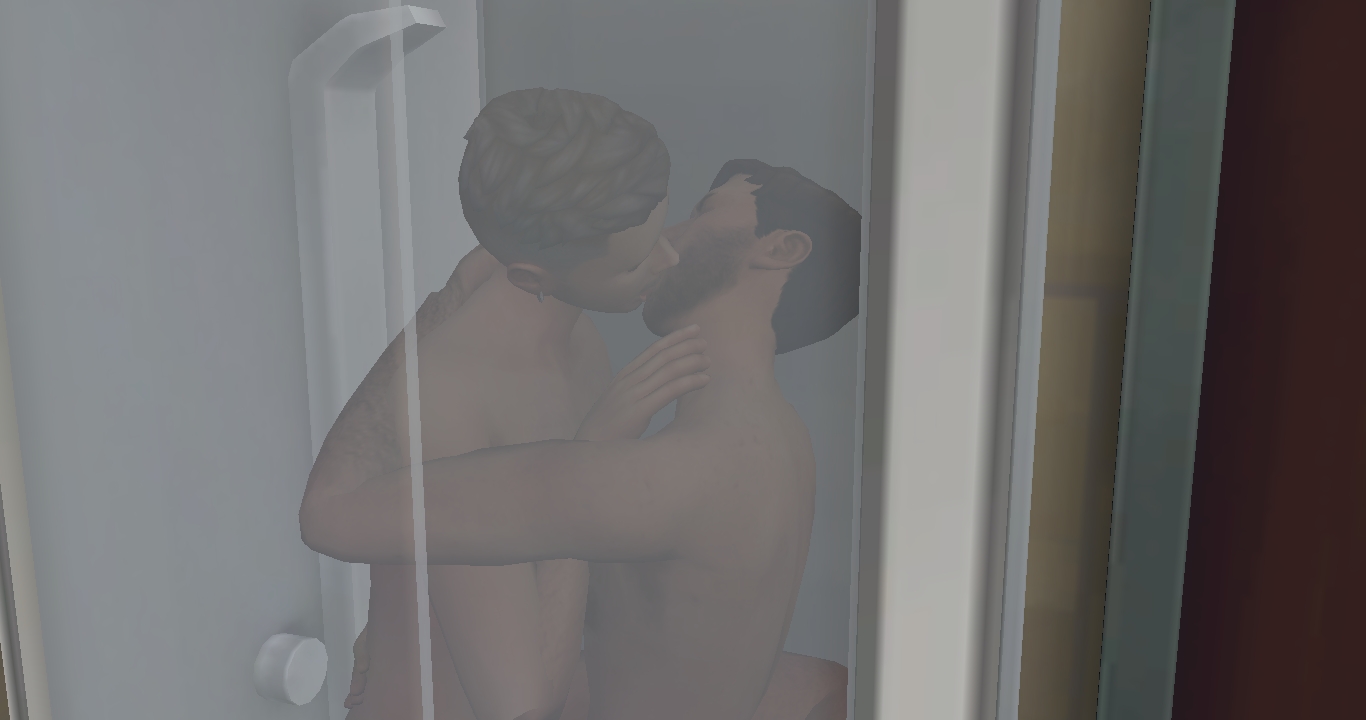 Though Harrison didn’t go farther than he was comfortable with, he feels slightly ashamed that he let himself be taken over by his sad state. He needed comfort after the emotionally heavy last couple of days he had had, and he just let Matthieu shower him in physical attention and affection. Now, a few hours later, Harrison feels like he’s letting things go too quickly. He doesn’t want to just let this man feel like he can have all of him quite yet, and though he knows that Matthieu isn’t a bad person even after the things he heard from Todd, he is hesitant to let himself be that easy. He just wants to guard his heart—this IS reality TV after all, and every emotion is fair game to the cameras. 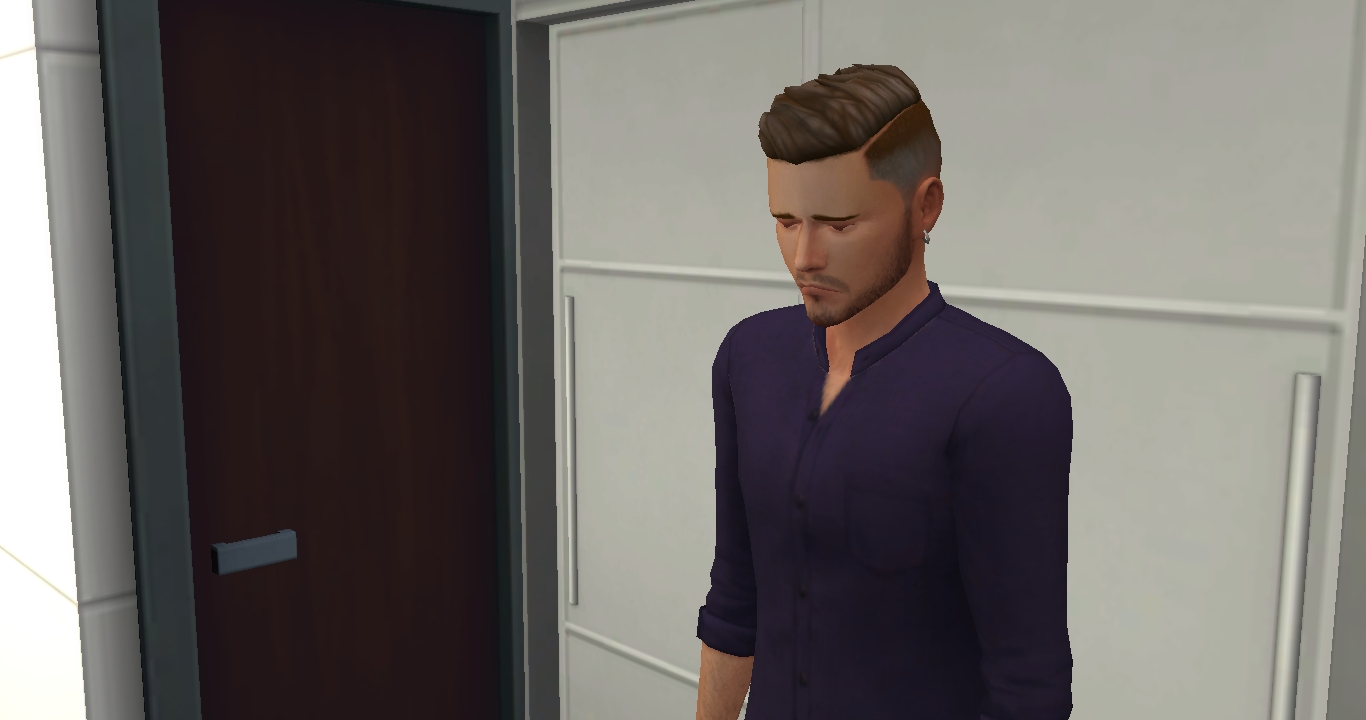 He soon tires of sitting there listening to the silly drunken squabbling happening all around him and heads to bed. Once alone in his room, he just stand there for a bit, lost in his thoughts and seemingly upset. He soon opens his eyes, though, and sighs. He shakes his shoulders, as if shaking off a feeling, undresses, and gets into bed.

In another part of the house, Louise is also feeling like she doesn’t want to deal with everyone else’s dramatic antics. She’s had a few drinks—sneaking one here and there when she thought people weren’t watching—so she’s feeling dizzy and irritable. She collapses into bed without even getting undressed. 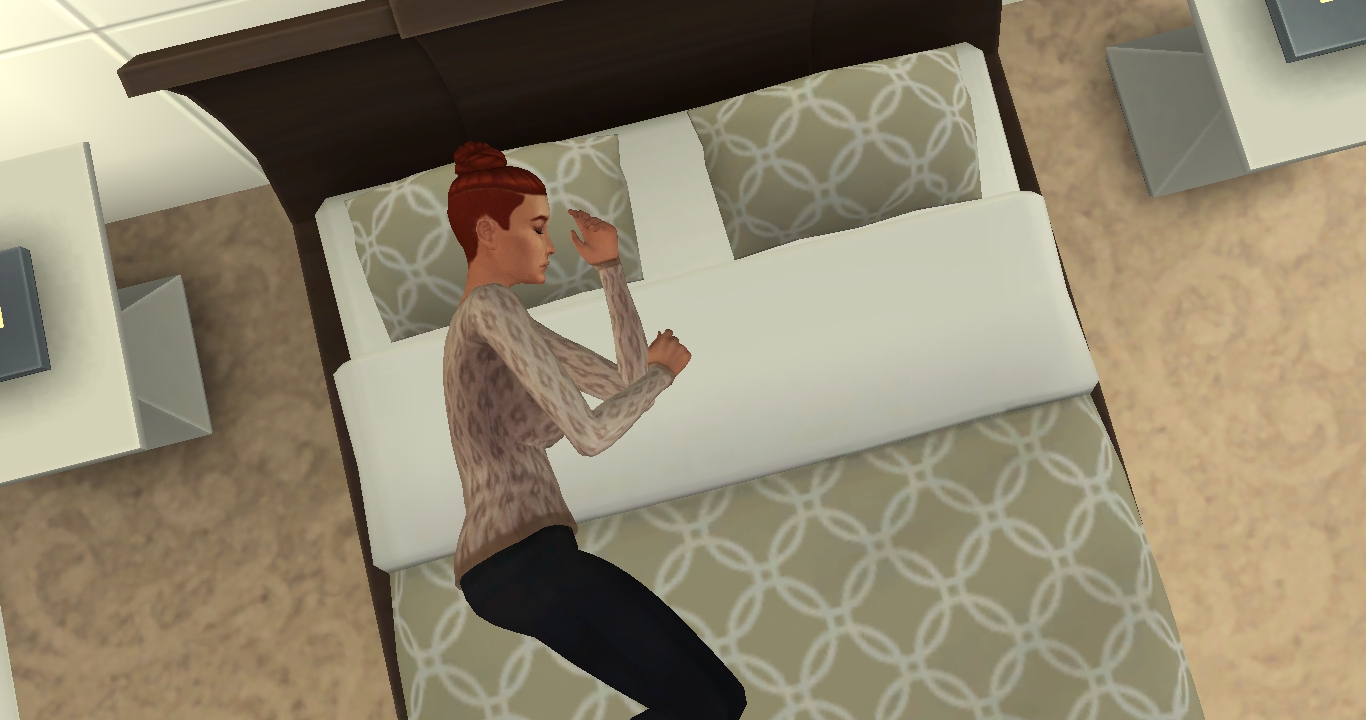