Welcome to the second installment of Kev & Get More! In this episode, Charlee goes home and thinks about what has happened and about what she feels after her elimination. Will we get to see a new side of her that she hasn’t shown before? Read on to find out! 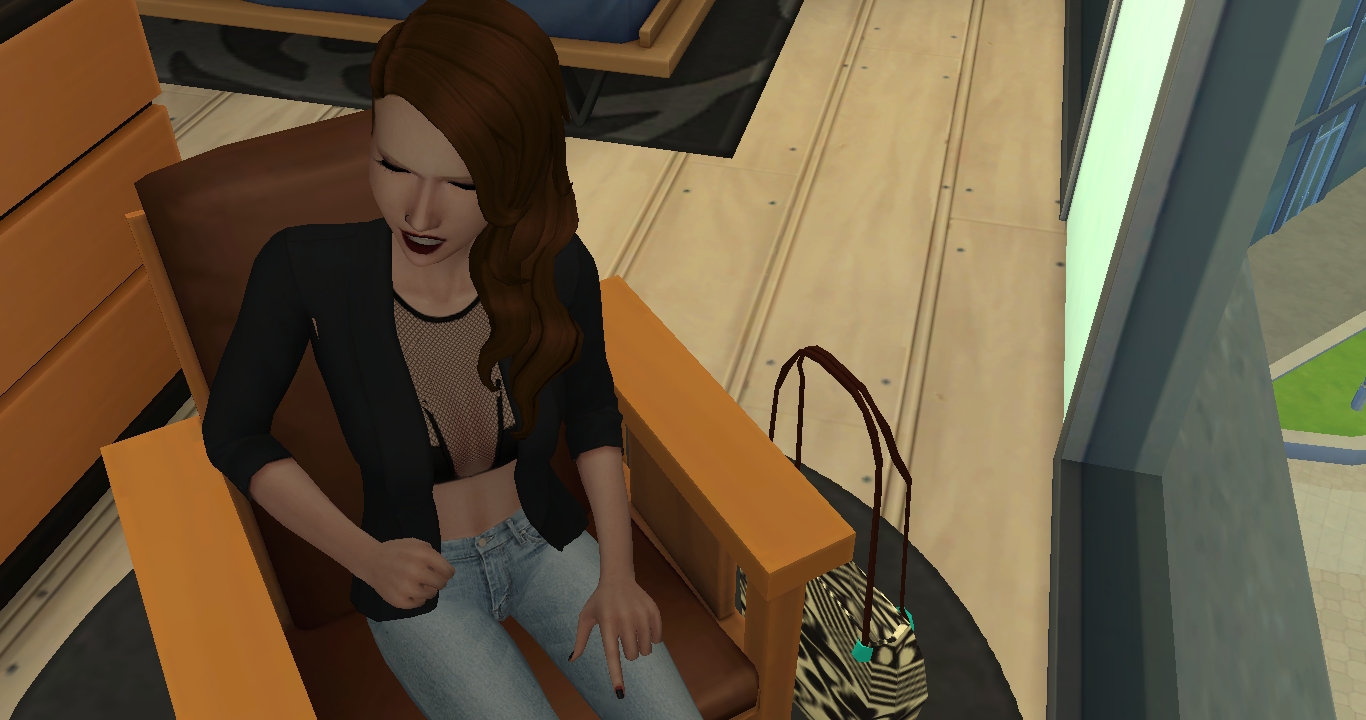 Well, I’m home. I’m not really surprised. The last few weeks I’ve acted like someone I’m not, letting other people make decisions and not taking the information I had and doing something with it. This is not who Charlee is! I’m a cunning manipulator, but it seems like the only person that was manipulated was me. I let everyone else get to me and I got eliminated from what should have been a cakewalk. Ugh!

All right, I’ll be honest. I’m not as awful as I look. I’ve been told many times that I don’t have a heart, or a soul, or neither. The reality, though, is that I’m actually friendly when I’m not in direct competition with other people. That doesn’t mean that I’m a softie or anything, because I definitely am not, but I do have a good sense of humor and I can relax and laugh. Somehow I can’t seem to bring this attitude into any of the situations where it would probably help me out a lot, such as that competition. I will never be Miss Congeniality, but I could at least be the hard-ass with the charming humor, no? I think I could be…

Coming home has been an interesting experience. On the one hand, I’m annoyed and frustrated that I lost and that those… other people… are all still there, but on the other hand, I’m happy to be here. I’ve missed my flatmates, those two goofy guys that seem to be the only ones who understand me. 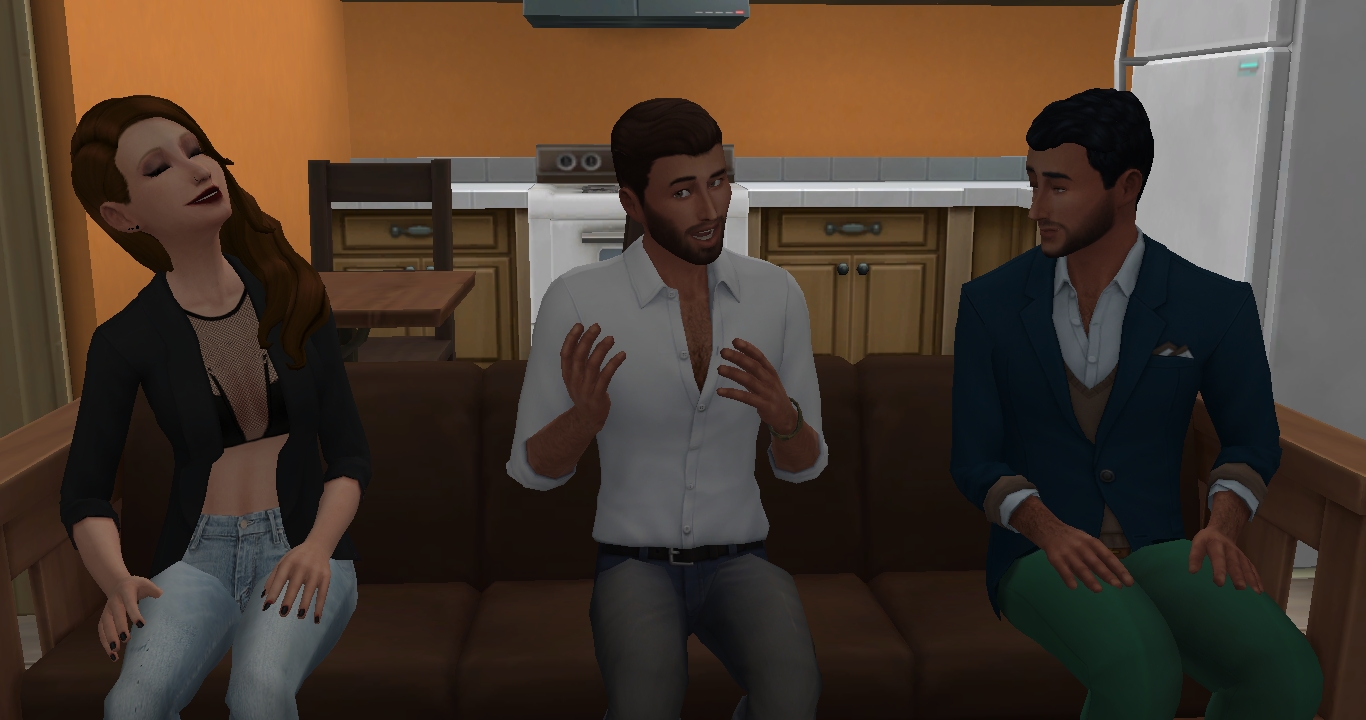 There’s Brennen, my best friend from university, who lived with me during my final year there, and who has been on many, ahem, adventures with me. Let’s just say that we make a good team—we’re very similar although he’s just a smidge nicer than I am. He was always the one who charmed the people that needed to be charmed, while I was the mastermind behind all of the plans. Our families also know each other very well, and… yeah, everyone is expecting us to be married someday, but that’s not going to happen, ever.

Luke is Brennen’s buddy from his gap year. Brennen decided that Canada was too cold and too Canadian for him, so he took the first plane he could to the Pacific Coast of Mexico and spent the longest gap year there, if you can call three years a “gap year”. Luke is really laid-back, and though it sometimes gets annoying, he’s a great influence on me. He gives the greatest massages in the world, too… it’s like he’s got magic fingers, you know the type? Where the fingers just press into your skin and into your soul, yeah. I mean, not that I’m attracted to him or anything, but he knows what he’s good at and he does it often. Yeah.

I’m not even annoyed at their teasing me tonight because I’m so relieved to see them, and not Kyungri or Marjan or Harrison. I hope they all lose. Or that the production team brings me back and then I make them all lose. Especially Kyungri. Being told by Brennen that she is hot was a little too much, I couldn’t disagree more. She’s a busted plastic fembot whose wiring has gone faulty. Ugh. I can’t stand this conversation anymore. 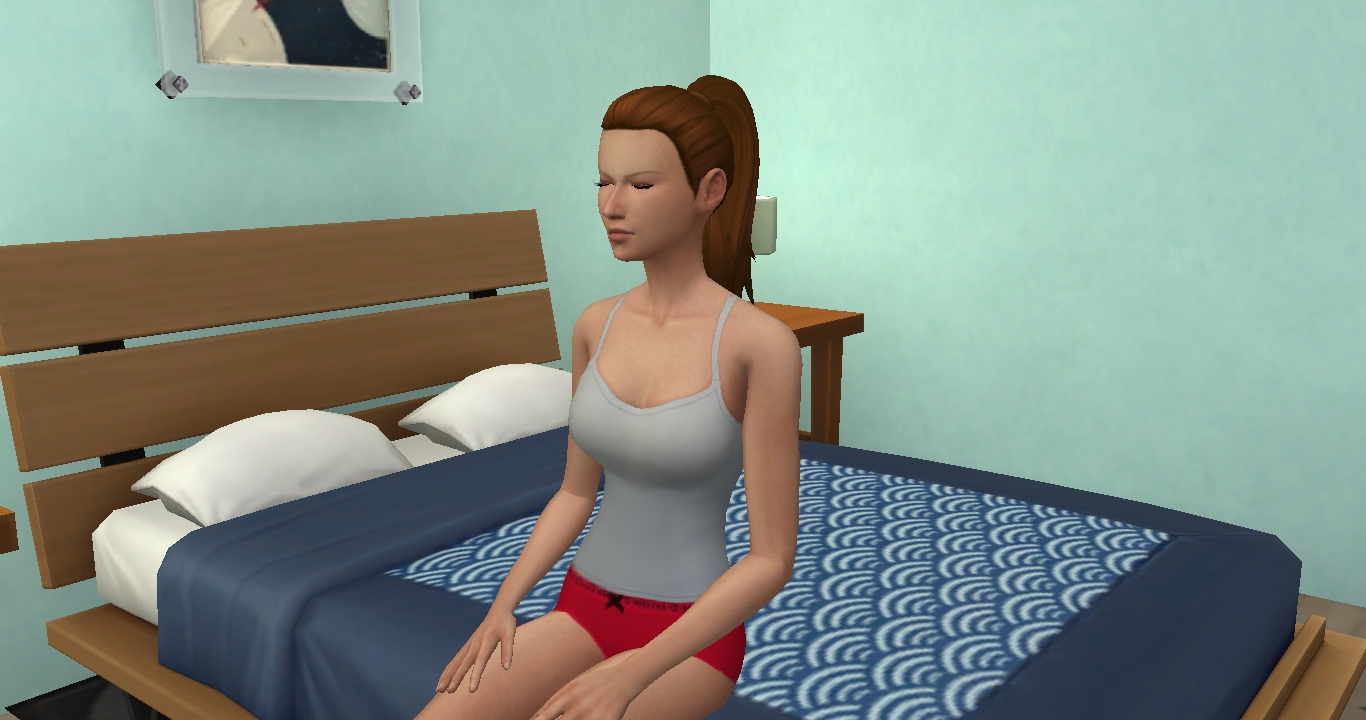 The guys looked like they understood when I told them that I needed some alone time; I could see it in their eyes although they were still joking around. They know that this was a big deal for me, and I’m happy when they go out for beers. I’m finally all alone, for the first time in months, and I can clear my thoughts.

I’m not obsessive. I’m just not. I don’t have any qualms about speaking my mind, and everyone who has a problem with that knows right away. I don’t like keeping secrets unless keeping them means that I have a leg up on someone. I’m sneaky and a little mean, but I’m not obsessive! I don’t let other people take over my thoughts or anything like that, I’m too good for that. That’s why it’s good to be at home, where no one can pop into my mind uninvited. Yes, that’s the best part. No silly people here to distract me from what’s truly important in life: me.

As I said, I’m not obsessive! I’m just having a weird time tonight, OK? It’s been a weird time for me… I’m fine, though, there’s nothing wrong… it’s nice and cozy here, in my room, far away from those people and safe in my own thoughts… no one can come in here, and take me away from me… I’m perfectly fine in here… just… fine…………

“Wake up,” I hear a voice say. That voice, it’s horrifyingly familiar. It can’t be. It just can’t. 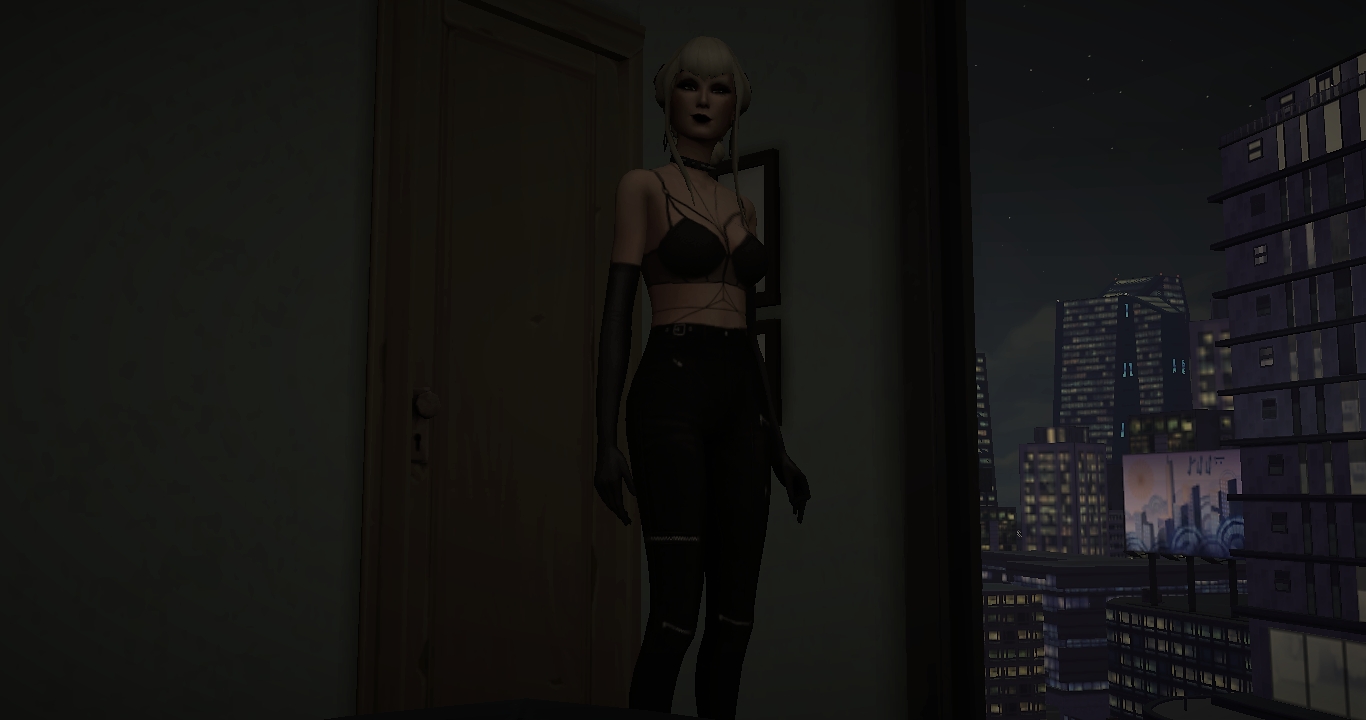 “Did you miss me?” Kyungri asks me, looking like a cat who has just cornered her prey. “I know you have.” She closes the door behind her, cutting off the light from the hallway. As she strides toward me, I can see that she’s wearing an outfit I’ve never seen before, one that’s… oddly enticing. But no, I’m better than this and I’m not just going to let her into my room. She’s not allowed in here. 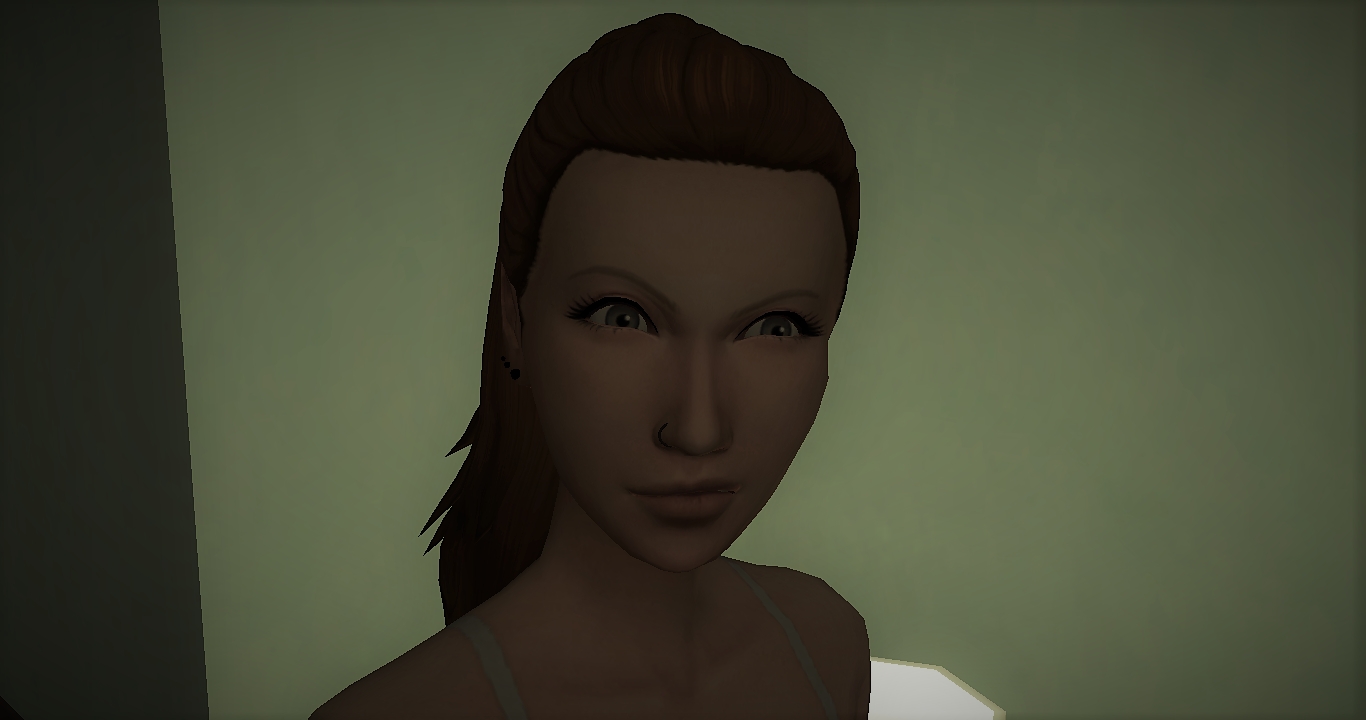 “And just what do you think you’re doing here?” I hear myself say. I put on my most annoyed expression, hoping that I look intimidating enough. Lord knows that sometimes I’m a little nervous that I don’t come off as stone-cold, but tonight I think that frustration and anger help my disdain show up perfectly on my face. I wait for her answer, but she doesn’t say anything, she just strides to the bed and stands before me.

“You’ve been a very bad girl, Charlee,” she hisses slowly, not once looking away from my eyes, “and bad girls must be punished.” I shiver a little, goosebumps running down my skin. I feel exposed and angry at the same time,  but another feeling is pulsing through my veins. Desire. Desire? Am I really saying this?

“And just what will you do to punish me?” I say, hesitantly.

“Nothing that you don’t deserve.” And with that, Kyungri sits down next to me on the bed. Next thing I know, I’m spread out across her lap, and her hands are smacking my ass, lightly at first but with more force as she goes along. 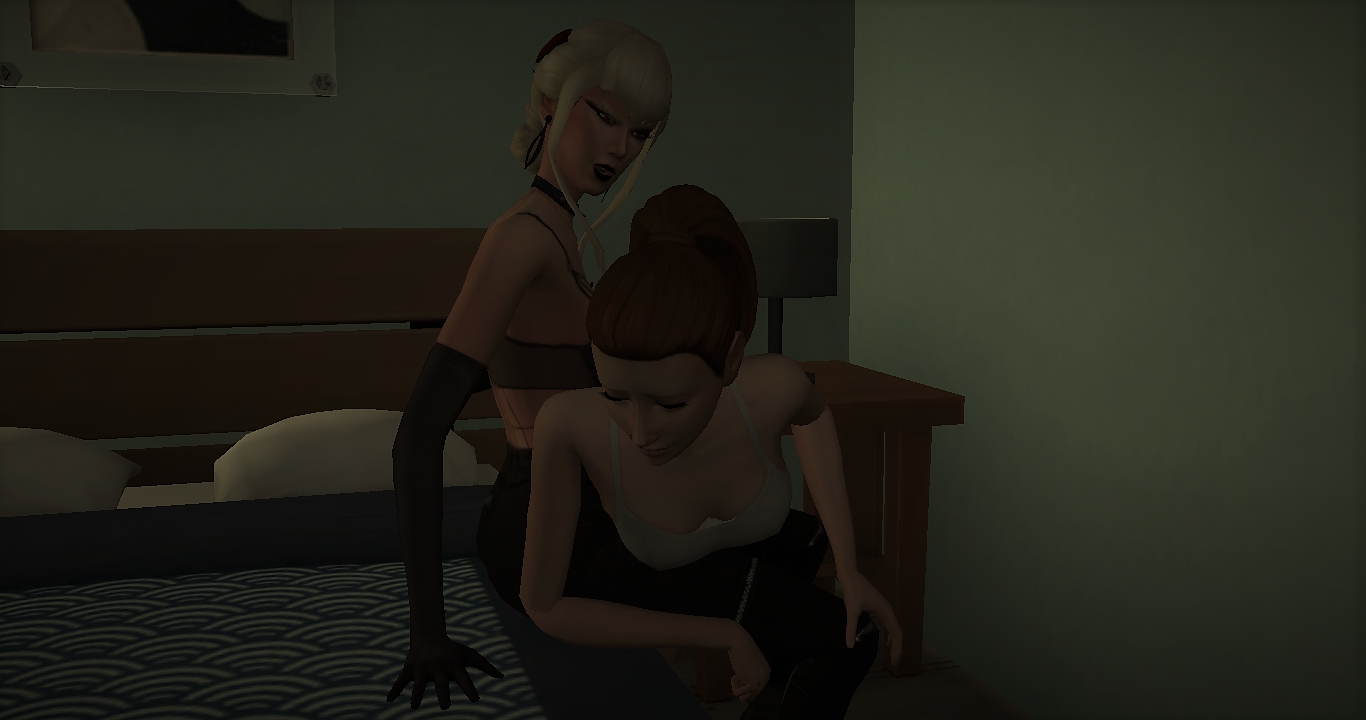 “Did you think that you were going to get away with everything you did?” she growls slowly. I moan lightly, not wanting to show that I’m more into this than I thought I’d be.

“I didn’t do anything that you couldn’t deal with,” I say, bracing myself as I feel her fingers connect with the thin fabric of my shorts. I don’t know how I’m in this position, but I’ve stopped asking myself and I just let go a little.

“Ah, but that’s where you were mistaken,” she whispers in my ear, “I couldn’t deal with seeing you every day and not being able to do this to you.”

I shiver, my breath catching as I feel her hands sliding down my body. This shouldn’t feel so good, but I can’t help myself. This woman, a person that I hated almost instantly, seems to know every single one of my sensitive spots, and hits them with a disconcerting accuracy. I’m melting into the floor, with her lips brushing my ear and the slightly cold leather of her outfit caressing my body in time with her hands. 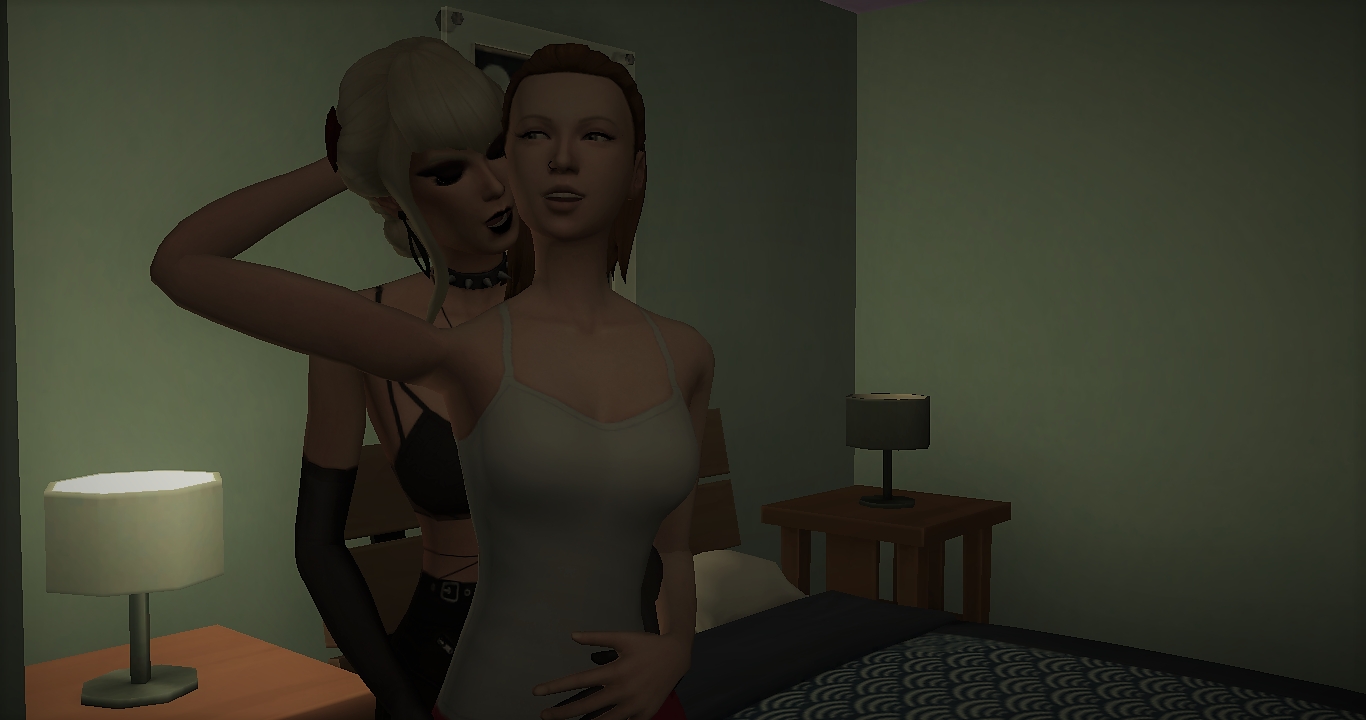 “So are you going to obey now?” she asks, her voice dangerously close to my mouth.

“Why start obeying when I can keep being punished if I’m bad?” The words slip from my mouth, giving away the fact that I like this, I like the punishment I’m being submitted to by this alluring but mysterious woman. I like this.

I can feel Kyungri smiling into my ear. “That’s exactly what I wanted to hear,” she purrs, “and if punishment is what you want, punishment you will continue to receive.” 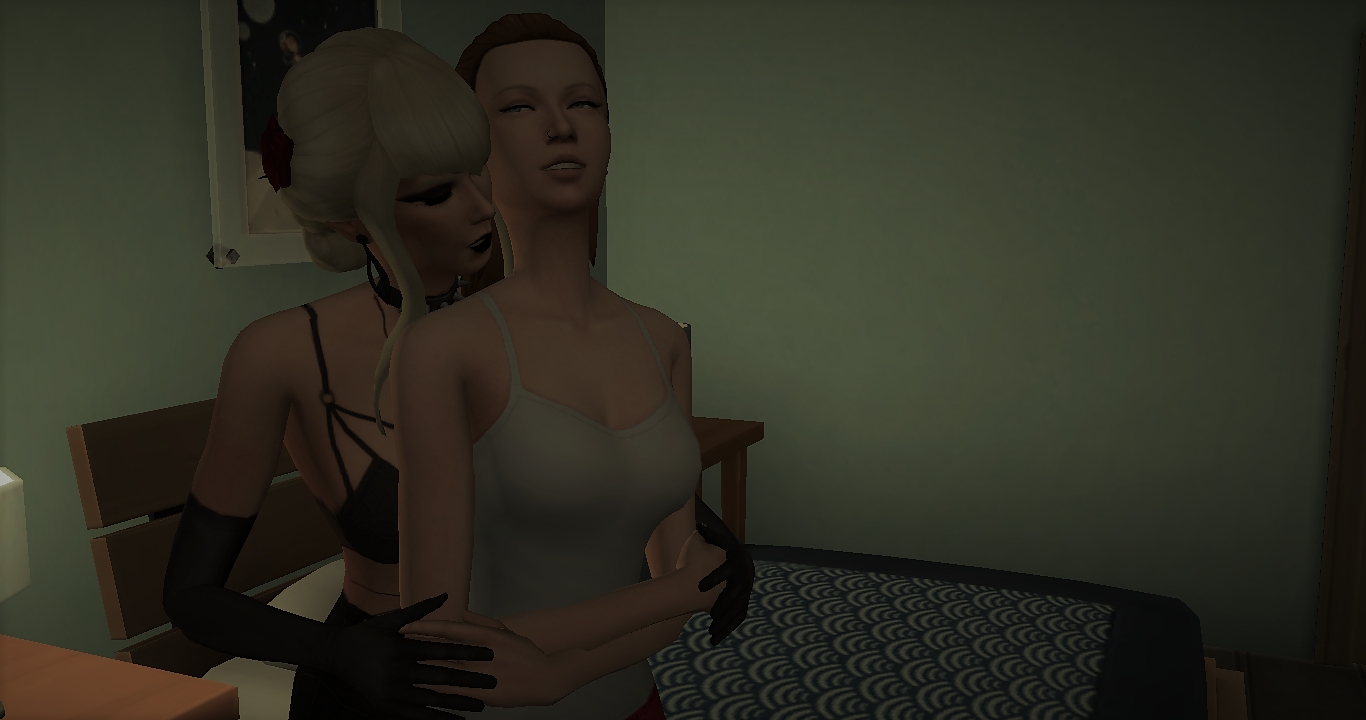 She holds me closer as I sigh, my body melting like butter in her hands. Her fingers, those beautiful and nimble fingers that I’ve observed so much in the last few weeks, run across every part of my body that they can reach. Anticipation has reached its climax, and I can’t stand just being held like this, like a prize, in front of this woman. I want to be thrown on the bed and treated like the bad girl that I know I am. I want to moan and scream and let myself go. I want to let my guard down. I want to be open and vulnerable. Be everything that I wasn’t before.

And this woman is going to make this come true for me.

I feel her traveling down my body, her touch igniting fireworks across my skin as she continues her trek across the peaks and valleys of my anatomy. Desire pools everywhere as she works her magic, and soon enough I’m losing myself completely, entirely, as a wave of white pleasure washes over me and I moan her name out loud. 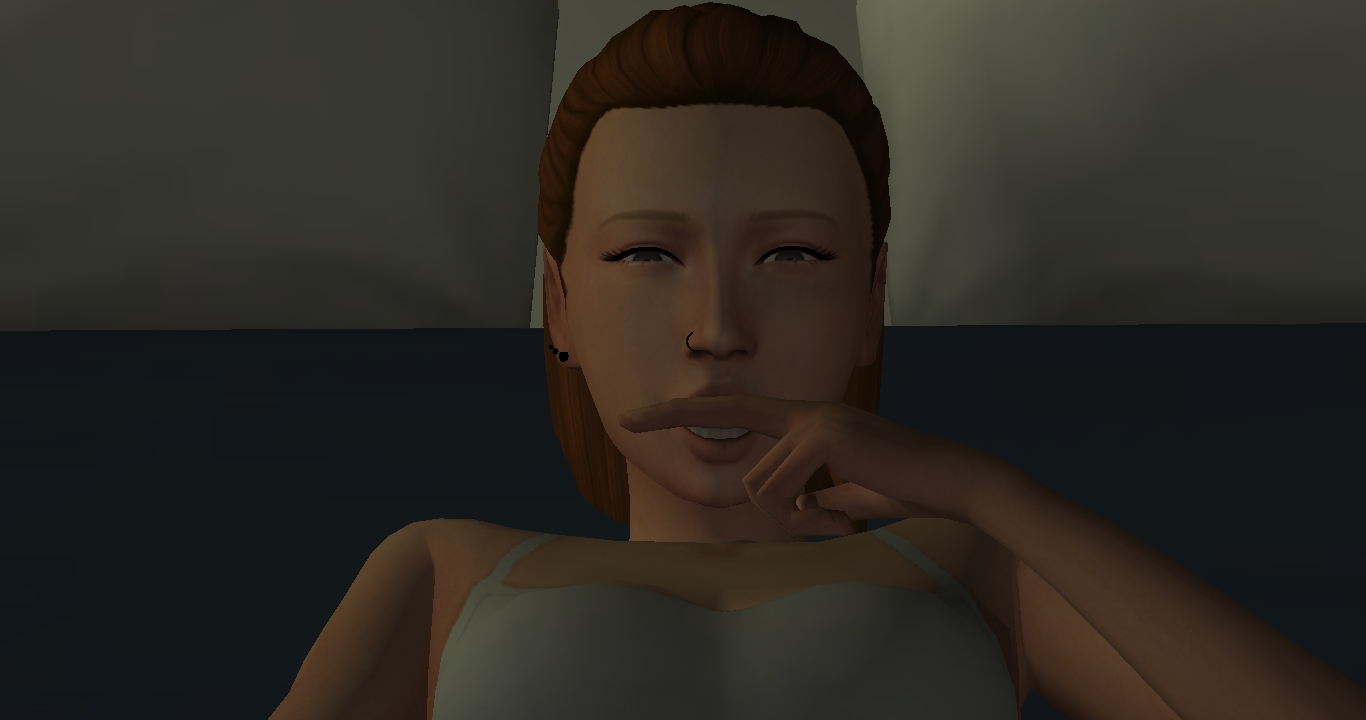 I feel myself fading, drifting off into dreamless sleep. The last thing I remember is her smile as she lets herself out. She doesn’t even say goodbye. I’m too spent to care.

It’s morning. I feel like I’ve never slept more comfortably in my life, and I wake up refreshed and ready to face the world again. It’s a nice feeling, but I’m a bit ashamed about what happened last night. Was it real? At this point I’m not even sure if it was just a feverish dream brought on by my frustration, but it was so good and I feel renewed. I feel released. I head over to the living room, where the boys are joking around about their night out. This feels good, I’m truly home with my people. 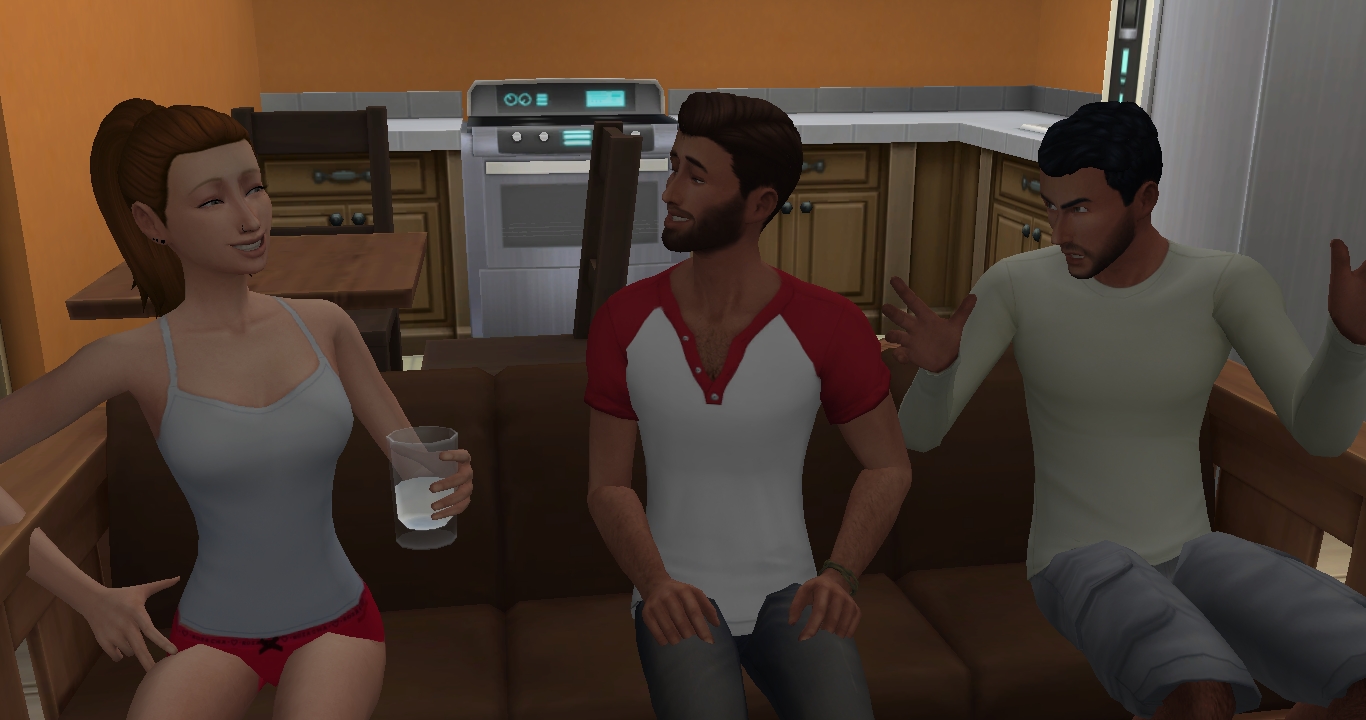 “So, Charlee, I think you had a good night, didn’t you?” Luke asks me as soon as I sit down. I freeze. Did he hear something last night?

I play it cool. “What do you mean? I went to bed right after you left!”

“Well, the doorman let us know that someone popped in late last night asking for you!” he elaborates. “I just assumed you had a late-night guest.”

I smile nervously. Could it be?