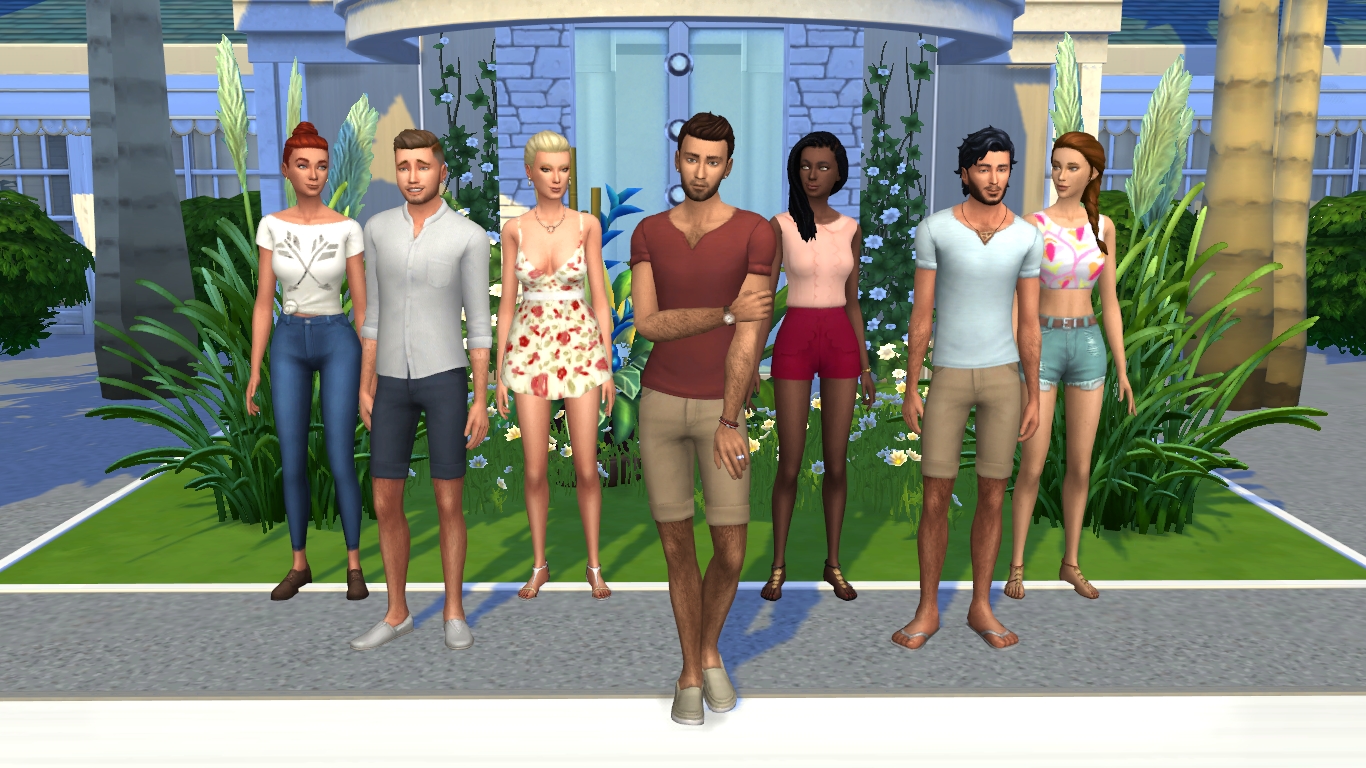 ajmkv: Welcome to the elimination ceremony, everyone! I’m happy to see you all here, in the Top 6. Sadly, though, the dream for one of you is going to end tonight. Before I get into it, I’d like to remind you all of the prizes: the winner of K&GI will walk away with 1,000,000 Simoleons, a brand new home, their own TV show on SimTV, and will also be the face of SimNation Media Corp. for a whole year! I’m not even kidding with these prizes; you got to meet Hudson this week and you saw how fabulous he is after winning them! 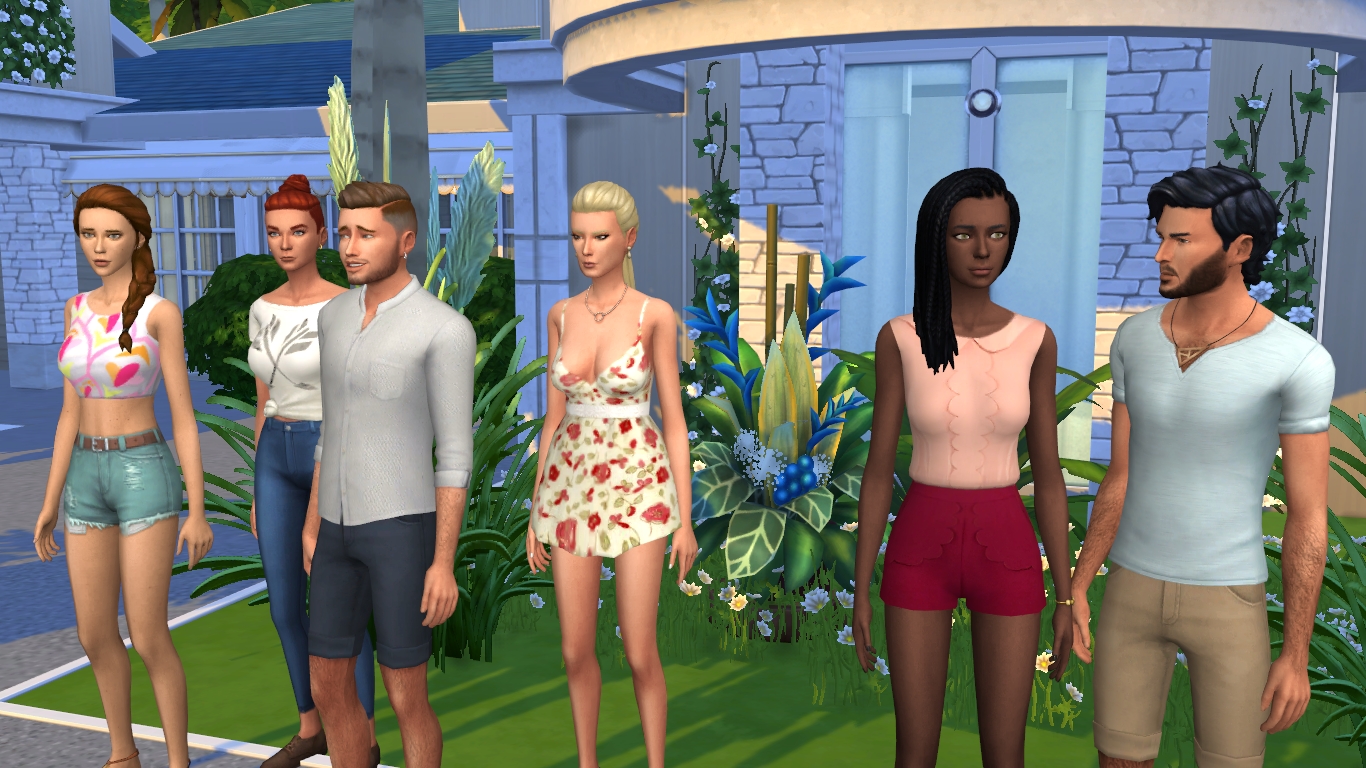 Harrison: *voiceover* Everyone just kind of looked around awkwardly at that moment, I mean… he says this every episode and it’s getting old. I tried to muster up some enthusiasm but honestly I wish he’d just get to the elimination and let us be sad about who’s leaving without dragging it all out beforehand…

ajmkv: I’m very proud of you all this week! Regardless of who the viewers have chosen to send home, I want you all to know that Paloma De Pasiones has indeed been picked up for a full season and all of you, eliminee included, will be keeping your roles. You’d better be ready to continue playing your characters, because you all will be true telenovela stars now! Harrison, your bad boy charm took the test audience by surprise and you’ve been voted as the sexiest newcomer on the channel, even!

Everyone laughs and cheers while Harrison blushes, and the mood is lifted for a few moments while everyone is happy about the good news. 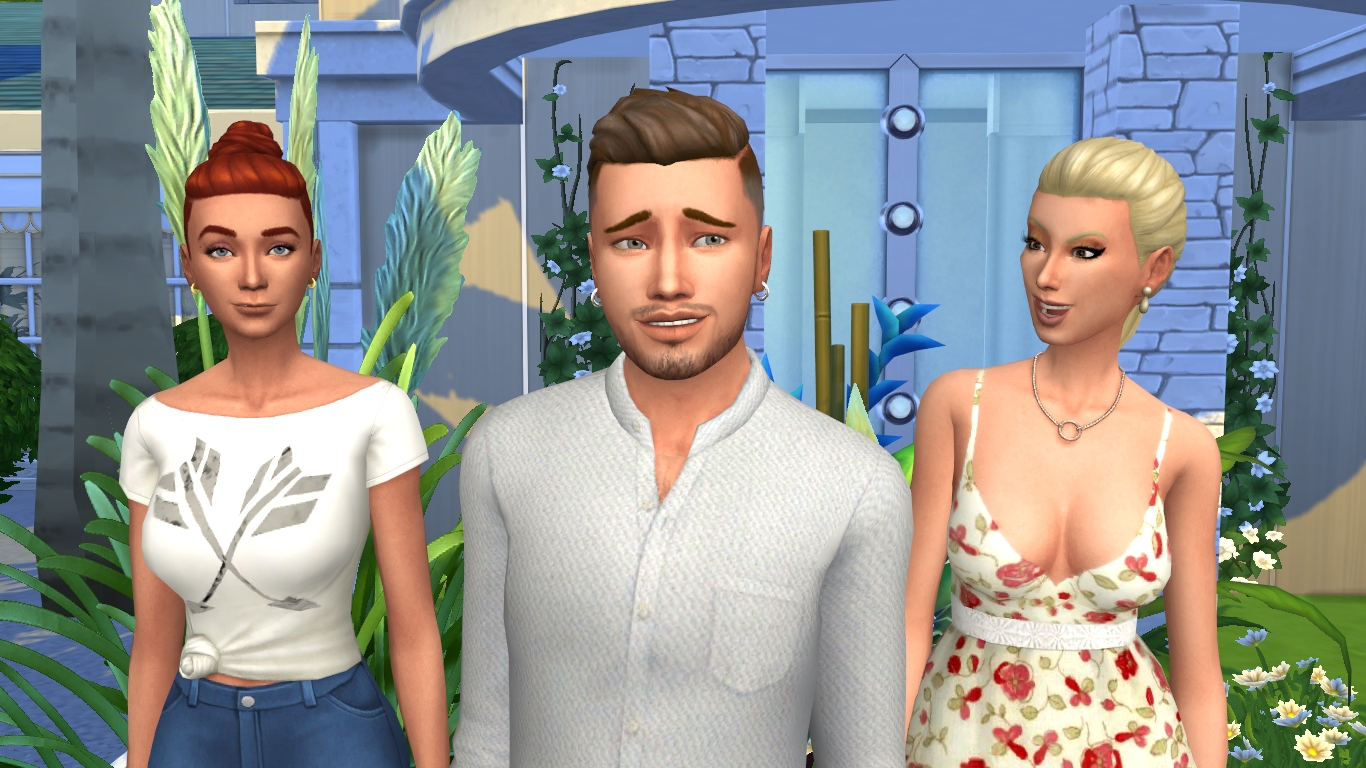 ajmkv: Gabriel, you’ve also been recognized by your fans! We have lots of fan mail for you, some of it even from people you know… I also have a message for you from Enzo, who was in the test audience! He says that he’s “happy for you for pre-empting his big move into acting… just kidding, you big brute”. Yikes! It seems like you’ve managed to ruffle some feathers… but will this affect you in this week’s elimination?

Gabriel looks a little concerned while his housemates chuckle. He doesn’t quite want to show that he’s worried about going home, but his mind is beginning to race at the idea of having to go back home to his wife and kids after everything that’s happened in the house. 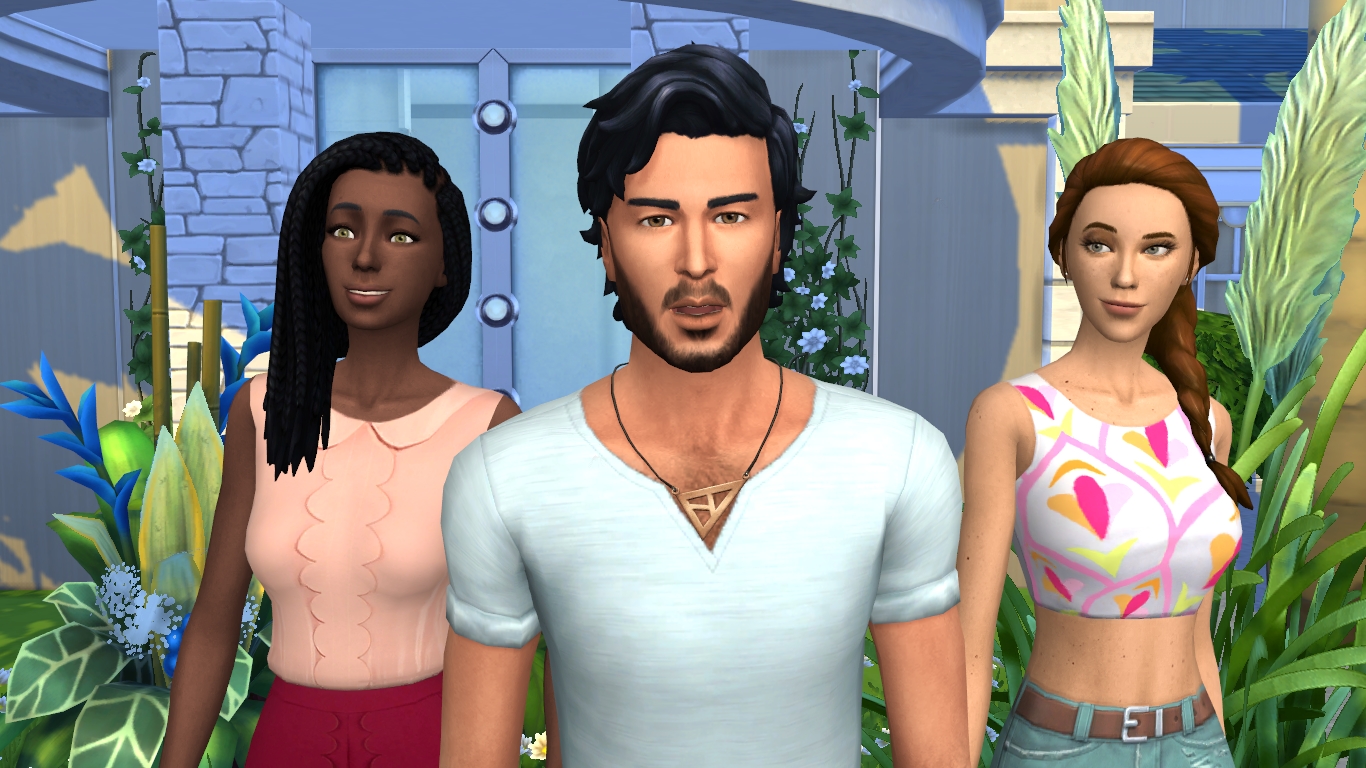 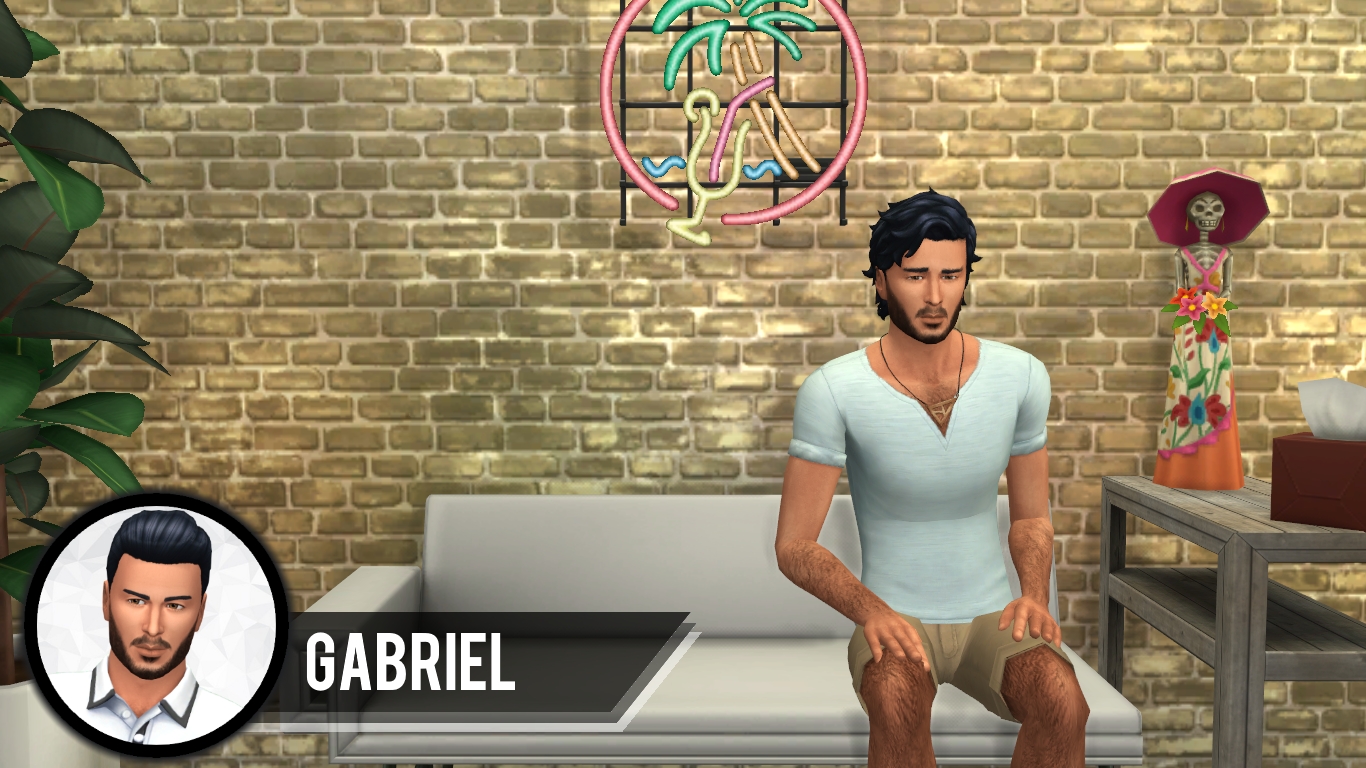 Gabriel: I’m not saying that I’m scared or anything, I’m just not looking forward to certain conversations I have to have with my family when I get back… I’d rather not have them at all, but I’m getting to a point where things have changed way too much and I’m no longer the same person that entered this competition. I’m just not ready to face the real world again! I really don’t want to go yet.

ajmkv: Well, that’s enough of that. I’m sure that you’re all nervous about finding out who has been eliminated from the competition, no? Let me tell you, this voting period was all over the place, and it was not easy to be tell who was going home at first. It was that close! 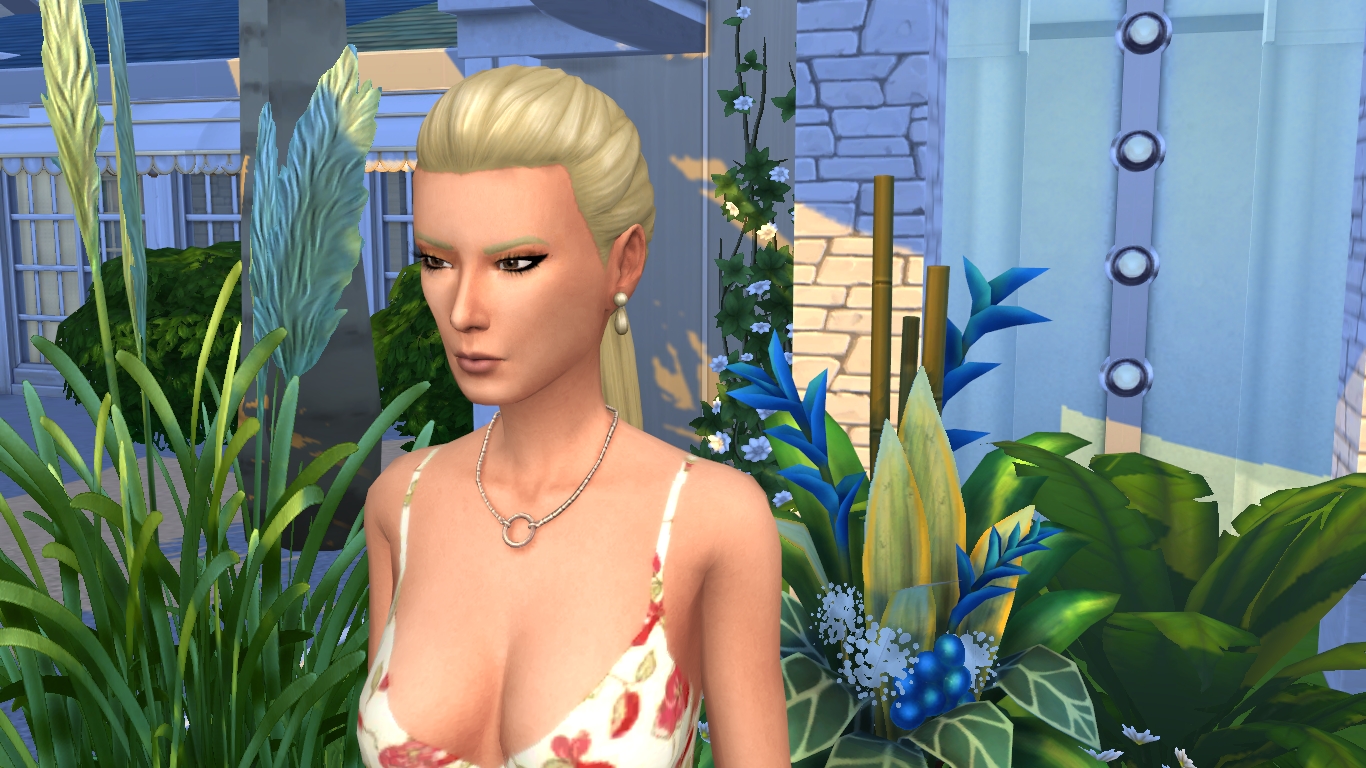 ajmkv: Kyungri, I have to say that I’m impressed. I think you did a fantastic job playing the maid in the show, even though I know that you must have been dying on the inside. It wasn’t easy to bring that character to life and you managed to do it beautifully! If it were up to me, you wouldn’t be in the bottom at all.

ajmkv: I’ve consulted with the producers and the test audience, and we’ve decided that you’re safe, Kyungri. We don’t want to see you leave quite yet, so we’ve given you a get-out-of-jail-free card, since we think you still have more to show. Plus, we had forgotten you had immunity, oops! Anyway, if you manage to show even more of your multifaceted personality in the next challenge, I’m sure you could even make the Top 3. Congratulations, Kyungri! 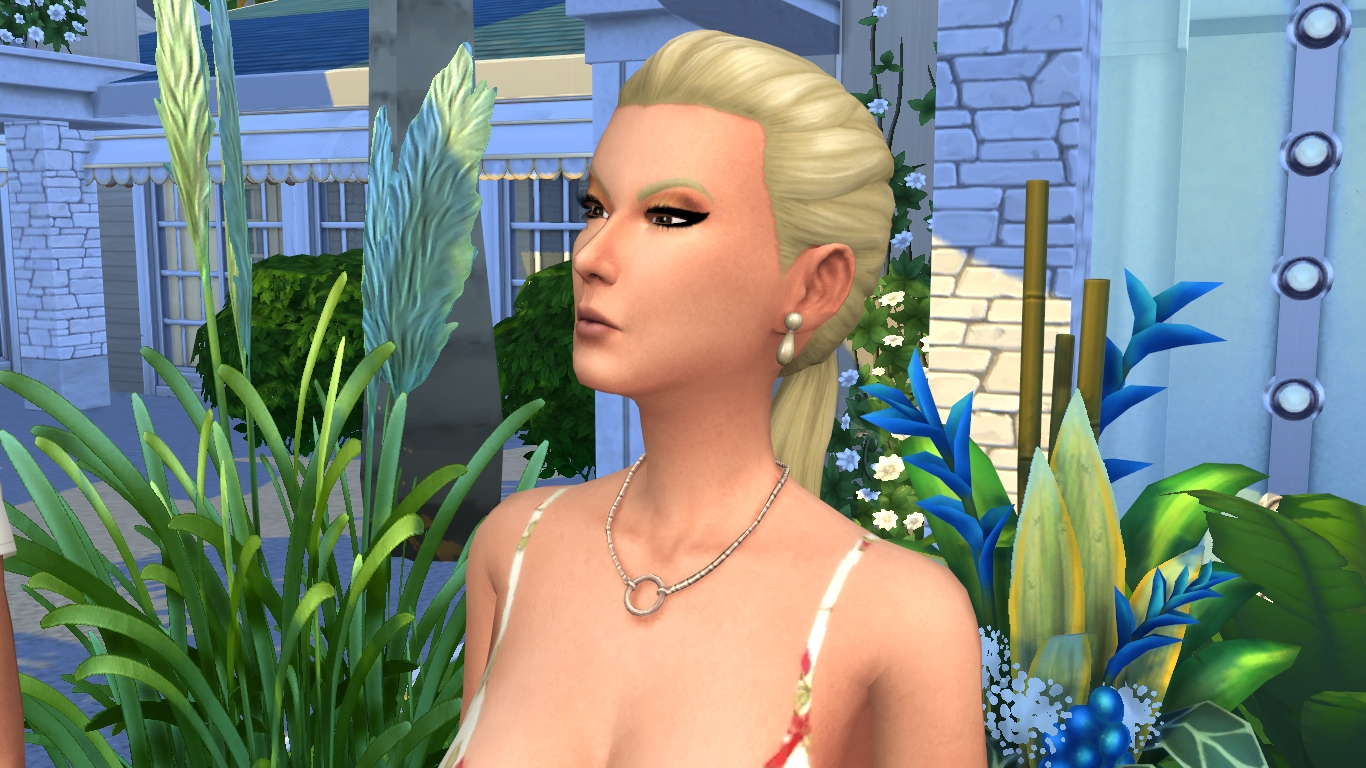 Kyungri: *voiceover* I’m thrilled that I get to stay, but I’m not sure what this means. Does this mean this was a judges’ save? I mean, I had also forgotten I had immunity, but whatever. Did the fans actually want me to stay? I’m confused! ajmkv is being purposefully vague and I’m not happy with that.

ajmkv: Now, this means that China and Gabriel are our Bottom 2 for the week. I want to clarify that I don’t think that either of you did the worst job; I think everyone did a fantastic job in the challenge, and I’m sad that someone has to go home, but the rules have been set and someone has to go. 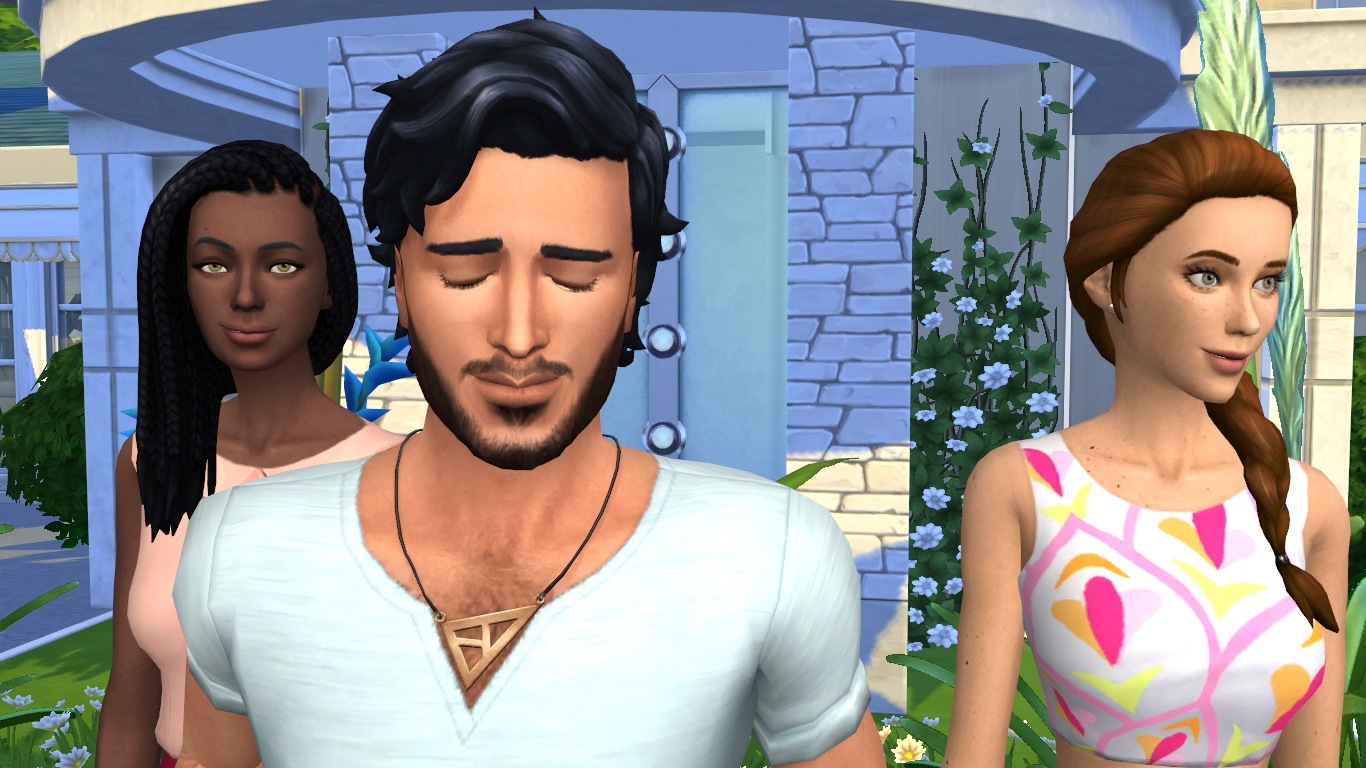 ajmkv: Gabriel, you’re a charming and handsome man, and you’ve managed to amass quite a following during this show. On top of that, you’ve shown a lot of confidence and joy in your challenges, and that’s been great to watch. However, maybe you’re not ready for the Top 5? We want to be sure to have the best 5 contestants here but you’ve been rather distracted recently and we’re not sure if you’re going to bring your A-game every single time if you’re constantly romancing a new prospect in the house.

Gabriel groans and turns red as the housemates collectively cringe. Louise lets out a sigh and looks away. 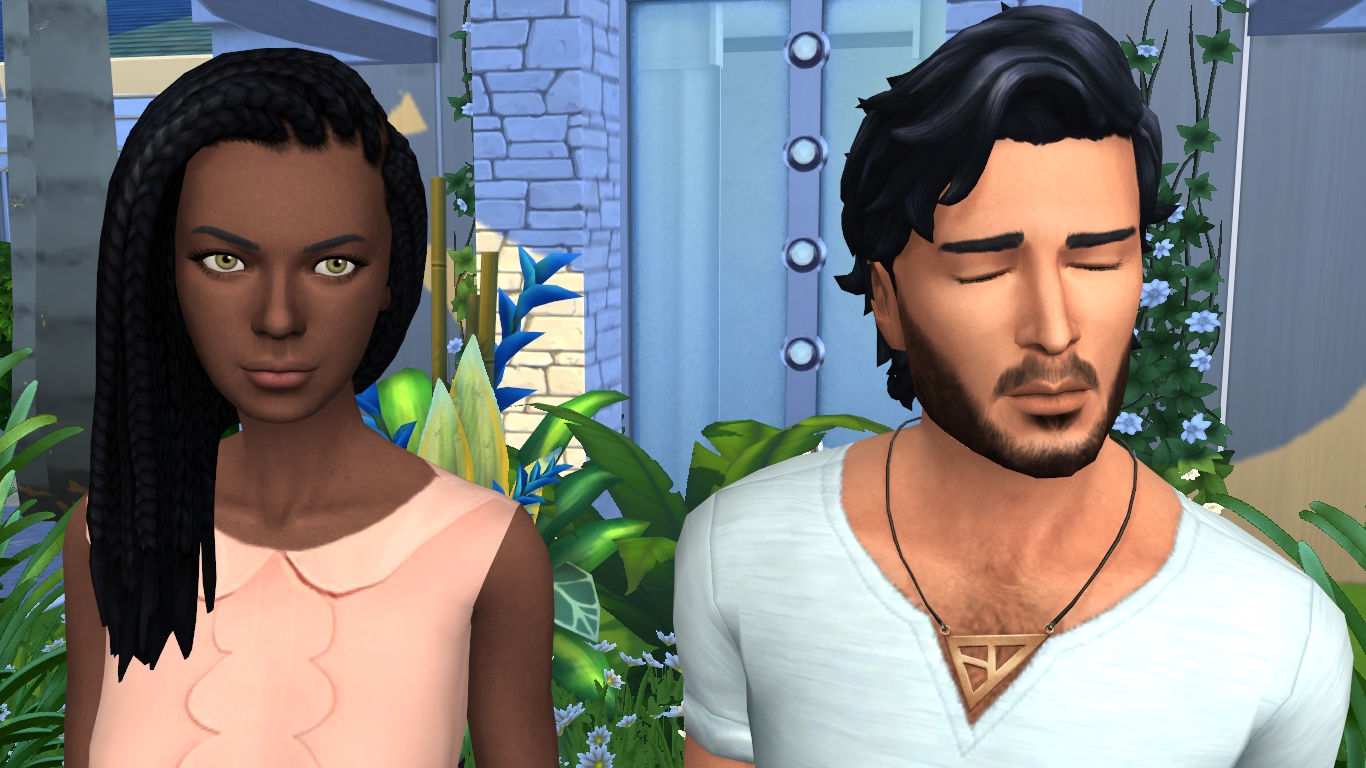 ajmkv: China, you’ve been quite a force in this competition! Consistently ranking in the highest echelons of the overall fan vote, you’re one of the clear favorites and we love you just as much as the audience does. You’re witty, warm, and beautiful, and we have been lucky to have you! The only thing is… you’ve been up and down the whole competition. You were absent for many episodes and then earned your spot back and now you’re in the bottom again. Are you ready to enter the Top 5? 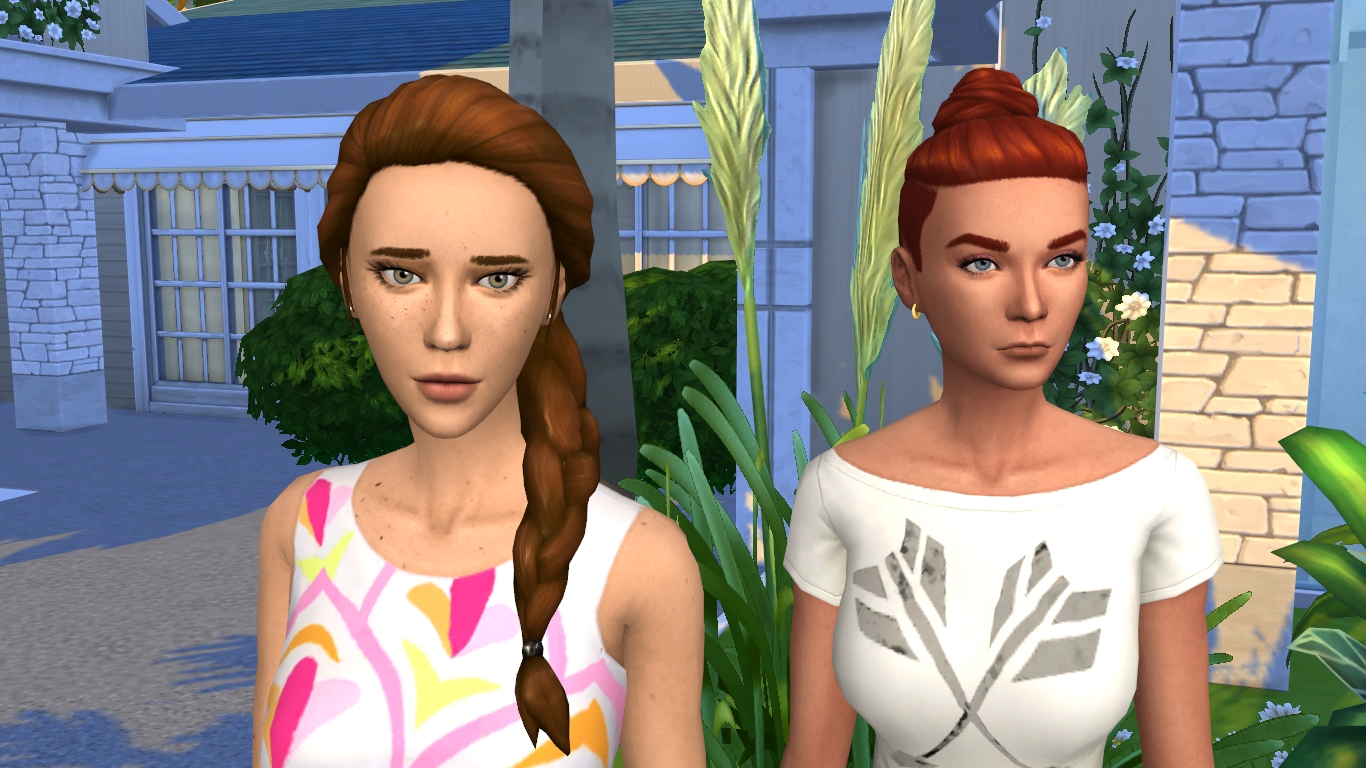 Marjan: *voiceover* It’s just the worst! I’m watching one of my best friends, a girl I really look up to, almost look like she wants to beg to stay in and get another chance. On the other hand, you’ve got Gabriel, and he’s also looking like a sad, hairy puppy. My heart is breaking for both of them! I wish they could both stay! Louise looks like she’s going to cry, too… it’s awful!

ajmkv: So who stays? Who is ready for the Top 5? 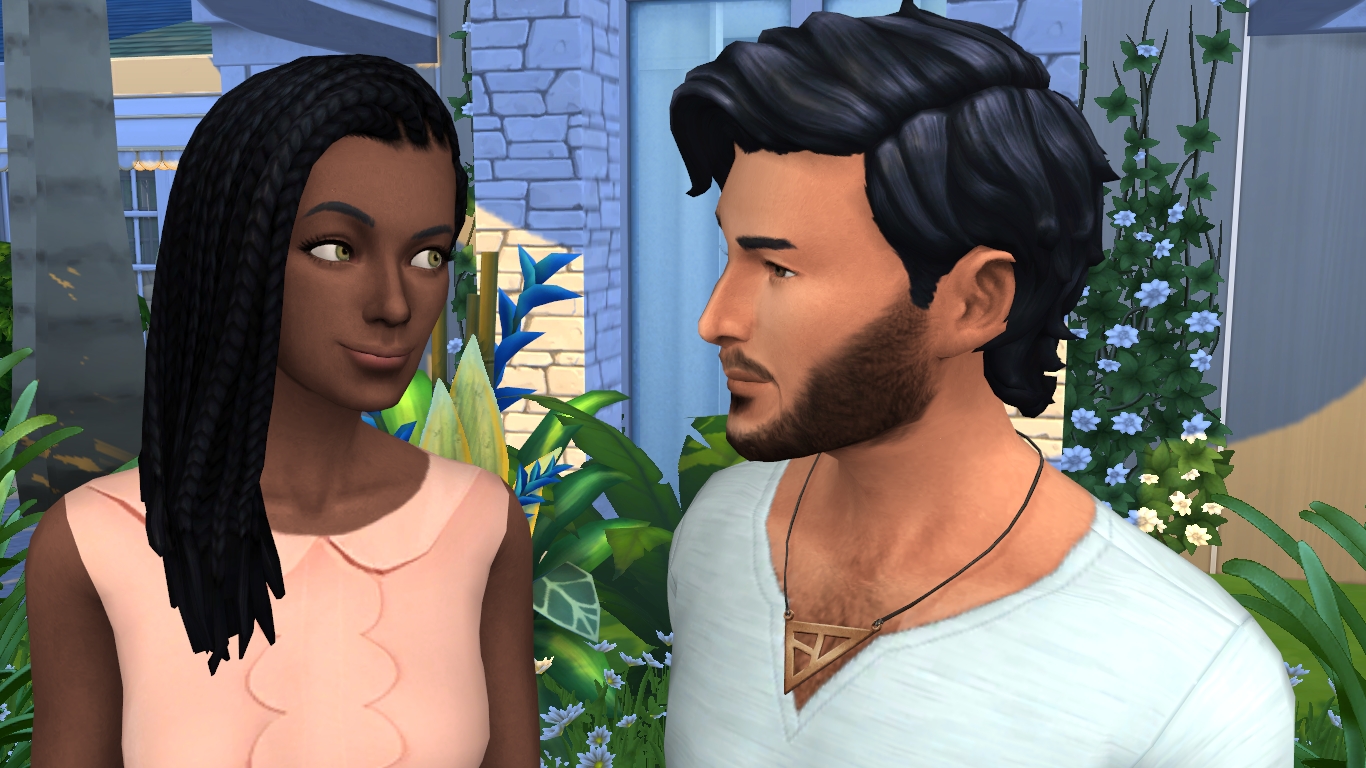 She holds his hand.

ajmkv: The votes are in and the last person to join the Top 5 is…

Gabriel, congratulations! Even though you were trailing China in the vote for most of the voting period, you eventually pulled through and your fans have chosen you to be in the Top 5. We’ll be happy to have you! 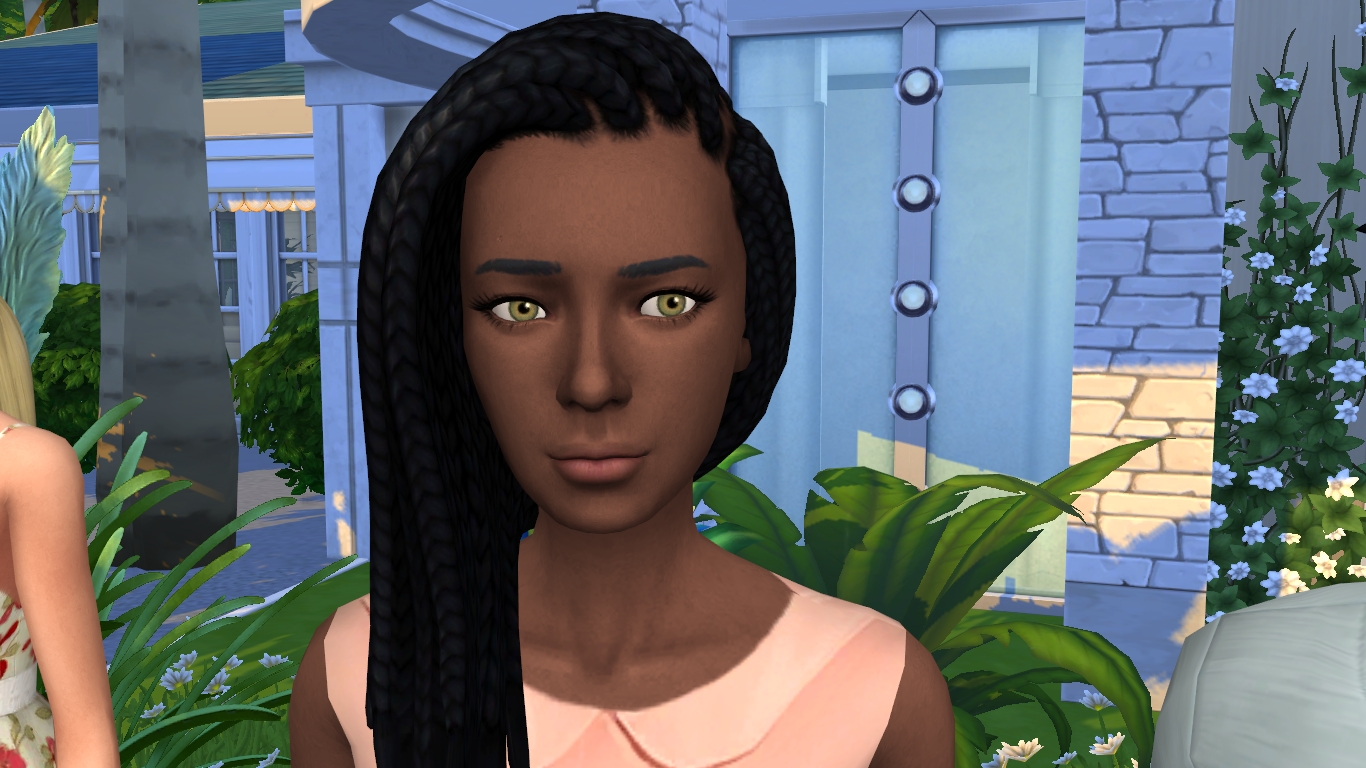 ajmkv: China, unfortunately this means that you’re going home. We’re sad to see you go again, especially since this vote was so close! We’ve loved having a second helping of you, and we hope to see you soon. I have a feeling that you’re going to appear on our TV screens even more in the future. We love you!

The housemates all gather around and hug China. She has a few tears in her eyes, but she laughs and shakes them off as she says her goodbyes. Everyone is sad to see her go, and she’s touched by their genuine affection. When she reaches Gabriel, she hugs him tightly. When she lets go, she looks him right in the eye. 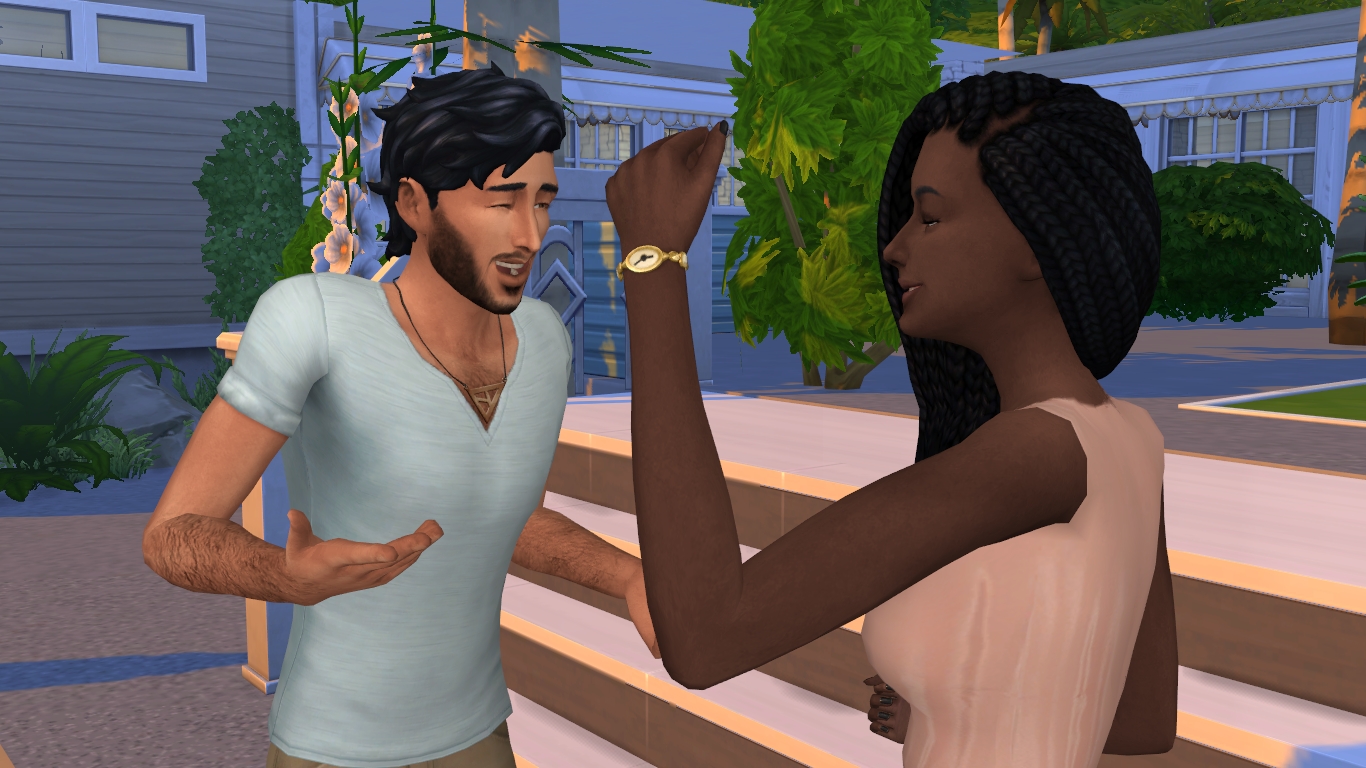 China: You’ve taught me a lot, you know. At first, I wanted to think that you were just a womanizing jerk, but you taught me to have restraint and to be able to see other sides of the story. I still think you’re a womanizer *chuckles* but at least I can see you have a real heart under all of that chest hair.

Gabriel: *laughs* I love you too, China.

China: You treat that girl right, now. And leave that wife of yours! I don’t think she’s right for you, and you know it! 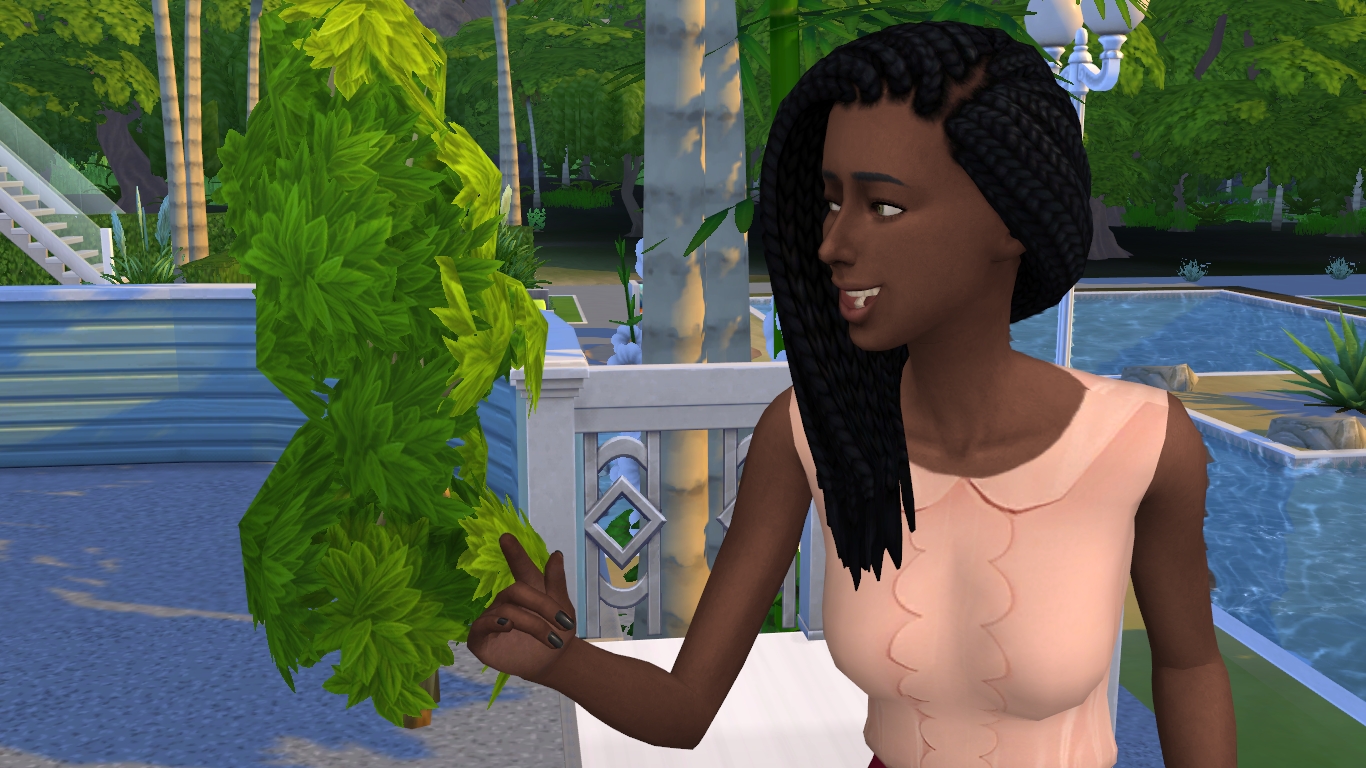 China: *voiceover* I really did learn a lot about myself in the 5 episodes I was here. Life has always been about being the best at everything, about creating a platform to put myself out there and receiving recognition for what I do. It’s important to do all of that, but it’s also important to be able to have fun! I’m not going to stop being a light in as many ways as I can, but I also have to think about myself and what I can do to respect myself and make myself happy. You’ll see me again sometime!

China pulls out her phone and gathers everyone for one last selfie, and everyone huddles close, sad about her departure but happy to have her with them for a few more minutes.

China: *voiceover* I’ll miss these people. Though we were put together through a casting process and we were encouraged to create drama amongst ourselves, I truly believe that each person here is my friend. I’ve had the opportunity to meet all kinds of people and I consider that these five weirdos are among the best. I’m leaving but I’ll be cheering them on from the sidelines! Go K&GI Season 2! 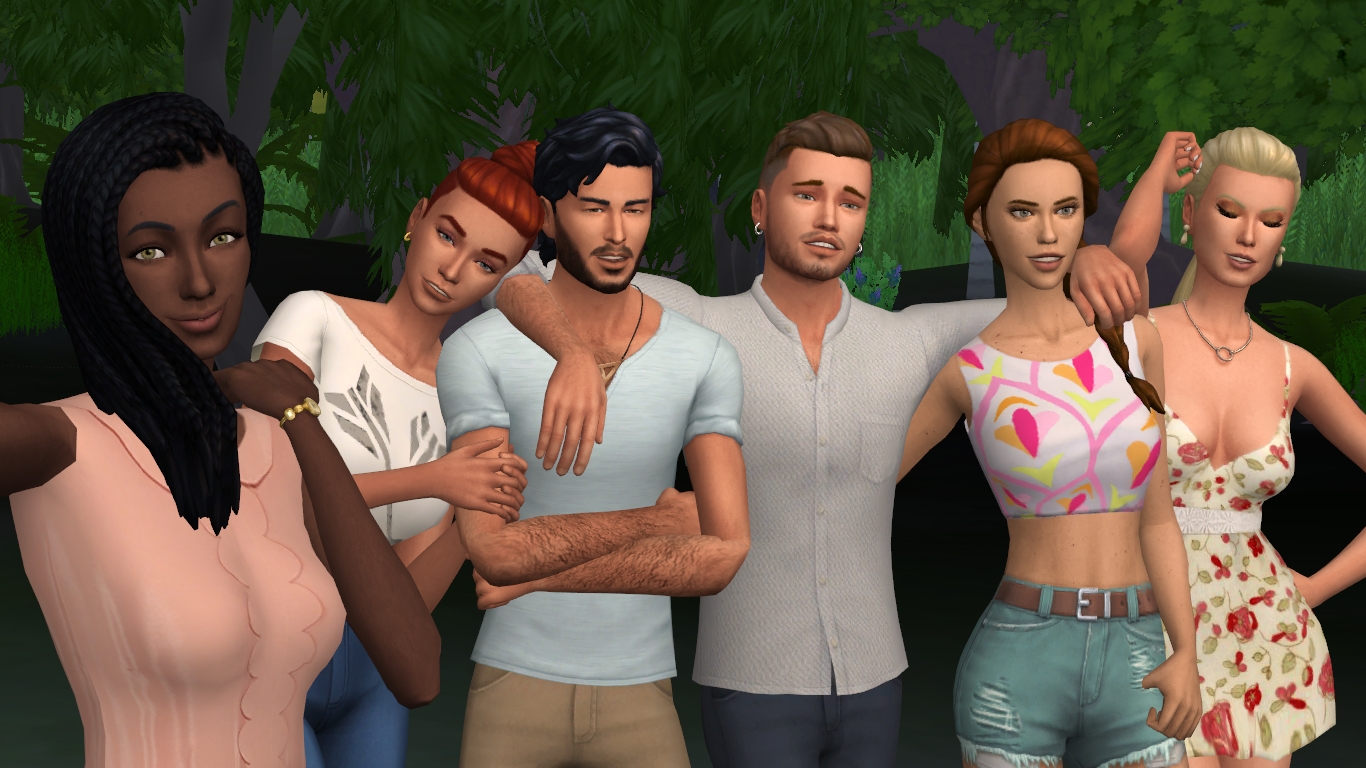 And just like that, another episode of K&GI is over! We’ve lost the beautiful China, but we have also reached the Top 5, finally! Do you like these 5 finalists? Are there any that you would prefer not to have here? Sound off in the comments below! 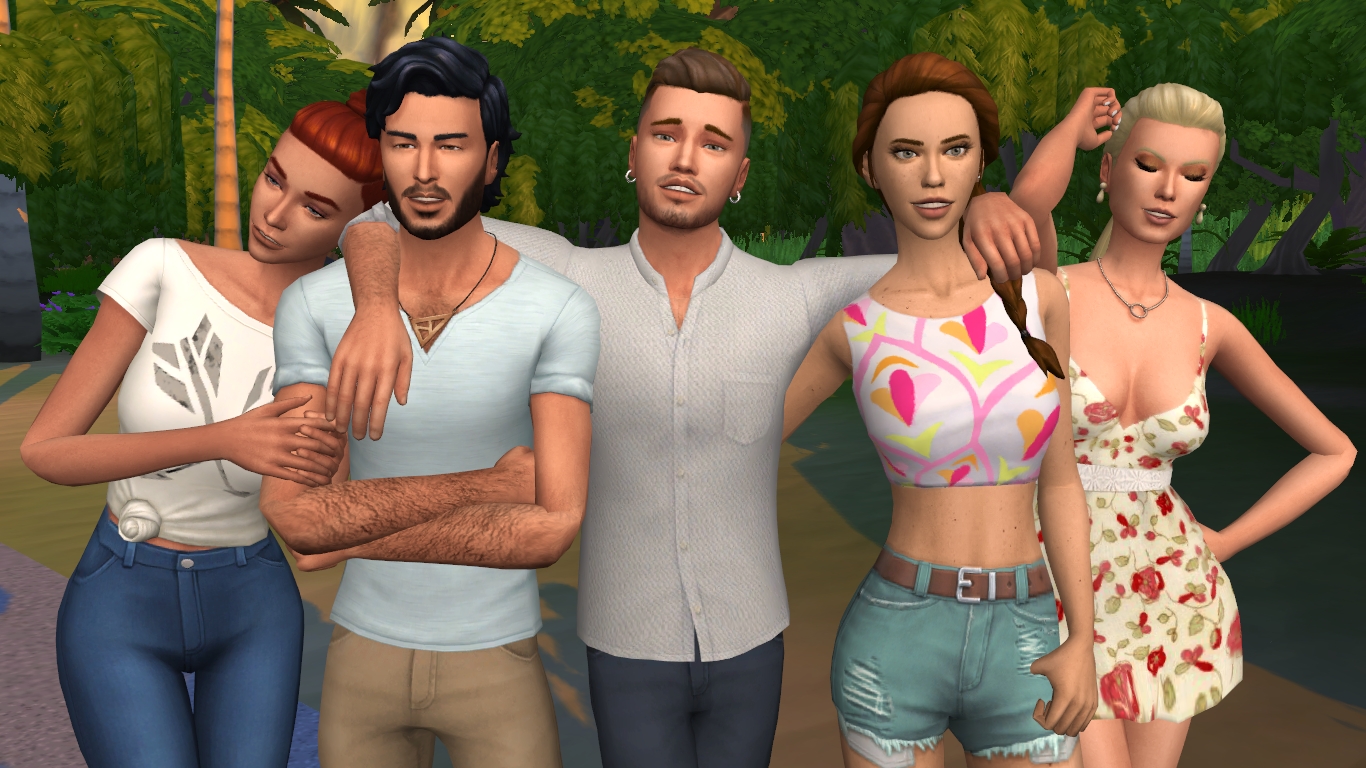 Tune in next week to see if Kyungri manages to turn things around, and if Marjan finally reveals what and who she seems to be running from. Will Harrison continue on his victorious path to the prize? And will Louise and Gabriel manage to continue their relationship amongst all of the obstacles? In our Top 5 episode, we will have surprise guests to bring the drama, and a special photoshoot that will have you salivating for more. Make sure to tune in soon to see our Top 5 of K&GI, Season 2!