Previously, on K&GI: Marjan continued to spiral downwards into a deep depression that no one seemed to understand, and while she pondered her situation, she was unwittingly watched by a sketchy figure. Kyungri and Harrison strengthened their connection and prepared themselves for the upcoming final challenges. Gabriel and Louise took their relationship to the next level, firmly establishing their bond, but were rocked by Gabriel’s ex-wife Manon visiting the house. They were pleasantly surprised, however, due to Manon’s apparent acceptance of their budding relationship. Louise is further surprised by a visit from her mother, and the pair discuss their complicated history and future. The contestants prepared for the final stretch of the competition, and participated in a cover-try and photoshoot for Vista Magazine. Though they all did well and produced lush visuals, Gabriel was ultimately eliminated, and after a wistful goodbye with Louise, the hot Latin papi left the K&GI house. The Top 4 has been chosen: Marjan, Harrison, Louise, and Kyungri. Only three of them will move on to the finale. Who will be eliminated next?

As the competition wound down and the Top 5 became a Top 4, the remaining housemates were all given a week to come up with ideas for the TV pilots. If they wished, they could go home or to the studio in order to record, and they were followed by cameras all the way. After having each conceived and filmed their pilots to submit to the judging panel, they’ve returned to the K&GI house. They’re refreshed after the short break and are all happy to see each other after several days. 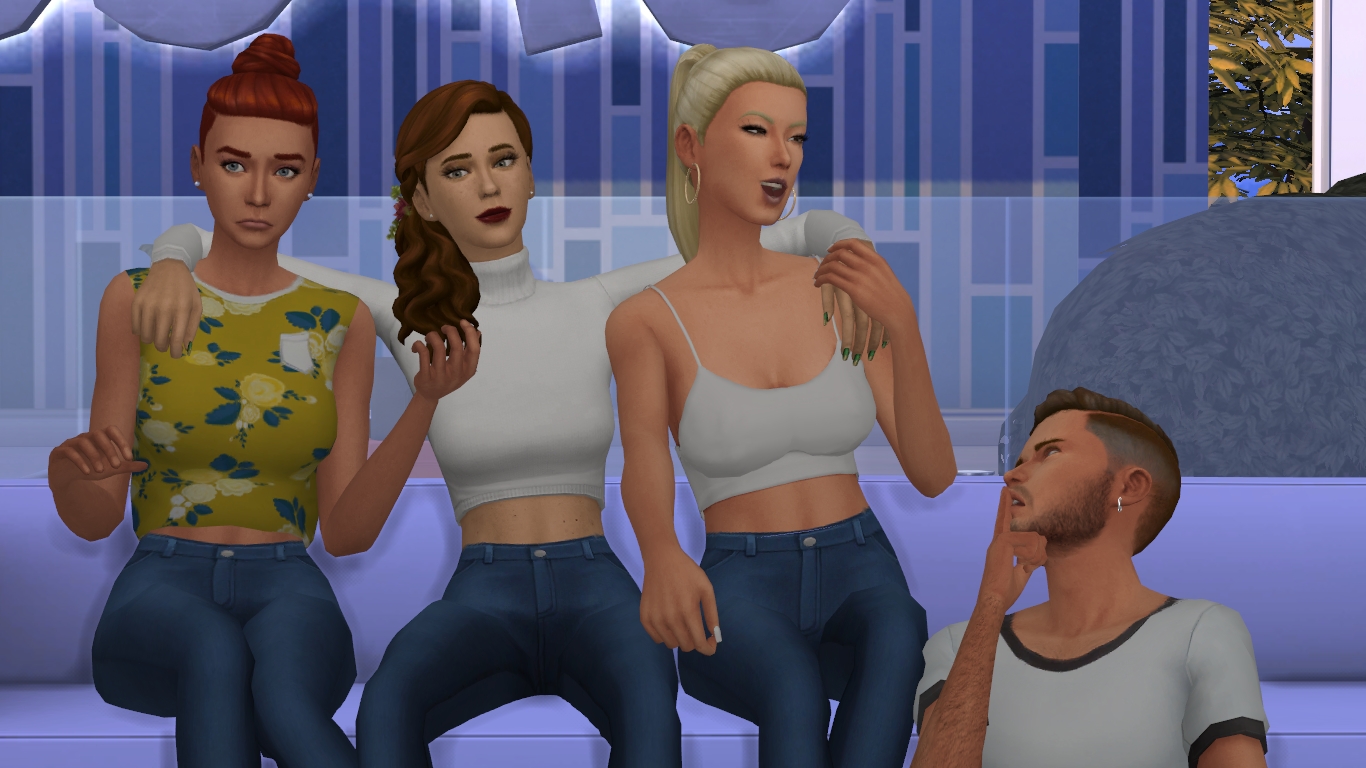 Kyungri: It’s good to see all you losers again!

Harrison: Oh shut up, “losers” or whatever, you love us. I’m also happy to see you three again!

Marjan: *giggles* Yes, I’ve been missing you all. It’s been an interesting week…

Louise: I admit it’s kind of sad to not have Gabriel here but I have to say I’m happy it’s us four still here! 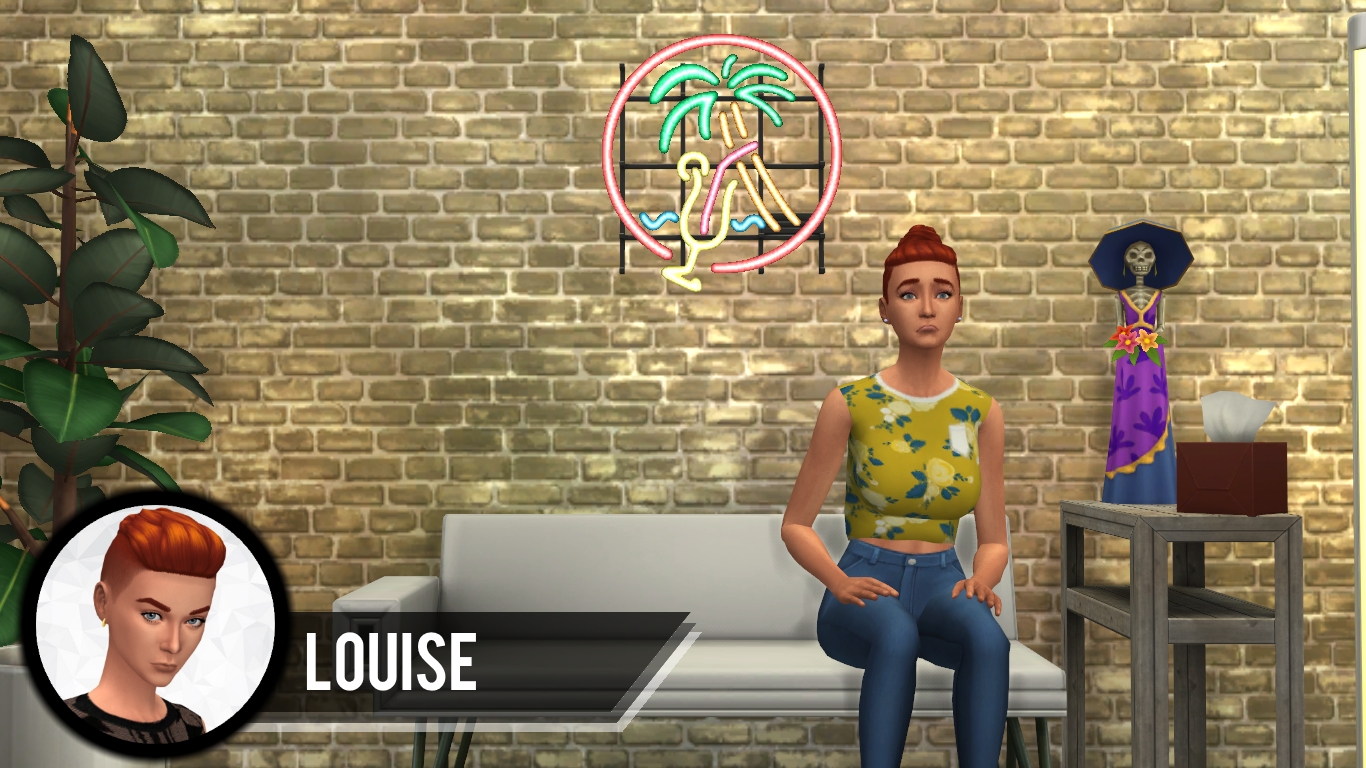 Louise: Yeah, I’m sad. I feel like Gabriel and I only really got a couple weeks to spend together once we accepted we like each other. But it’s OK, this competition is almost over and we’ll see each other again next week at the finale anyway!

The housemates continue to gush about how pleased they are to be together again, but the conversation soon turns to the competition and the looming finale. 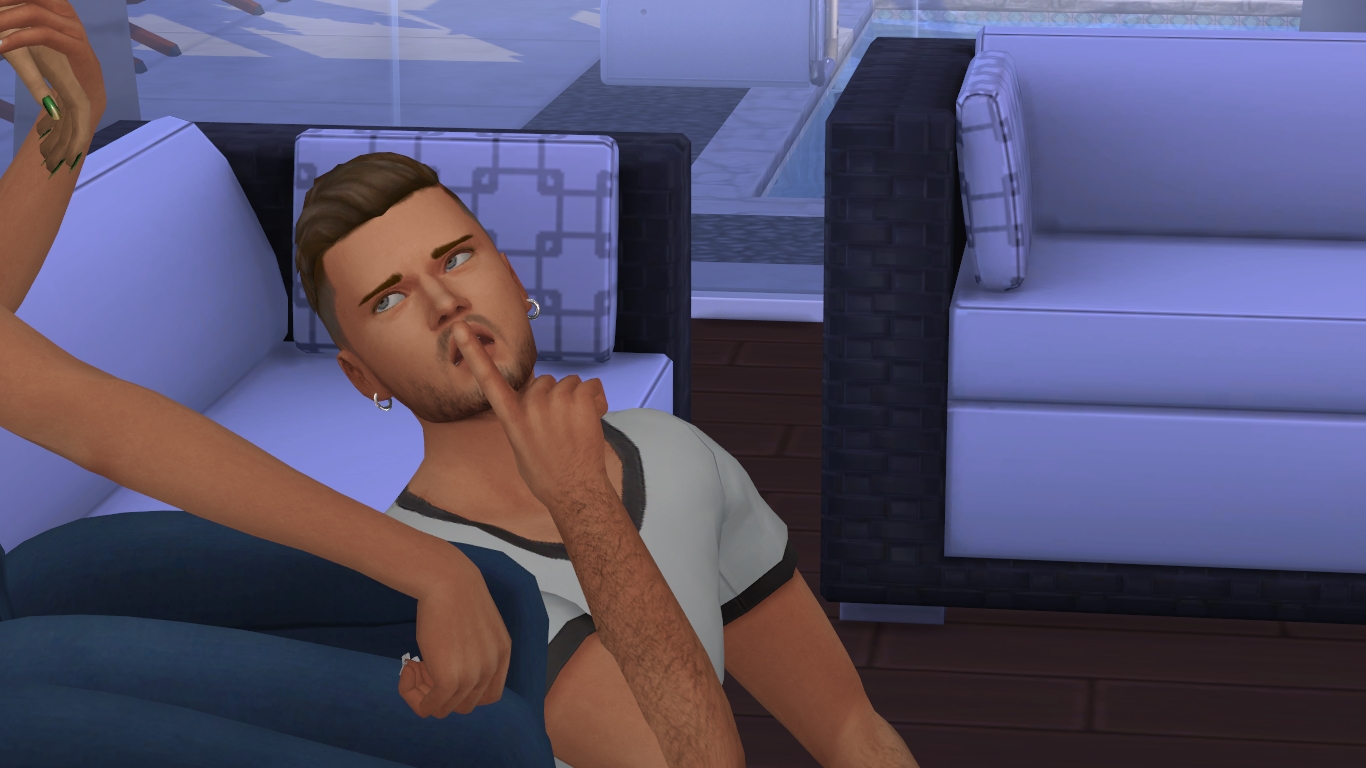 Harrison: So, how do you guys think our pilots will be judged? Because I really went all out with mine! I’m proud of it…

Kyungri: Pfff, it’s probably going to be some over the top sort of ceremony where they’re each torn to shreds. You know those judges love to rip into quality.

Louise: Do we even know who the judges are? I mean, aside from ajmkv.

Kyungri: Whoever they are, they’d better recognize that I’ve created a masterpiece of a pilot. Must-watch TV, I tell you! 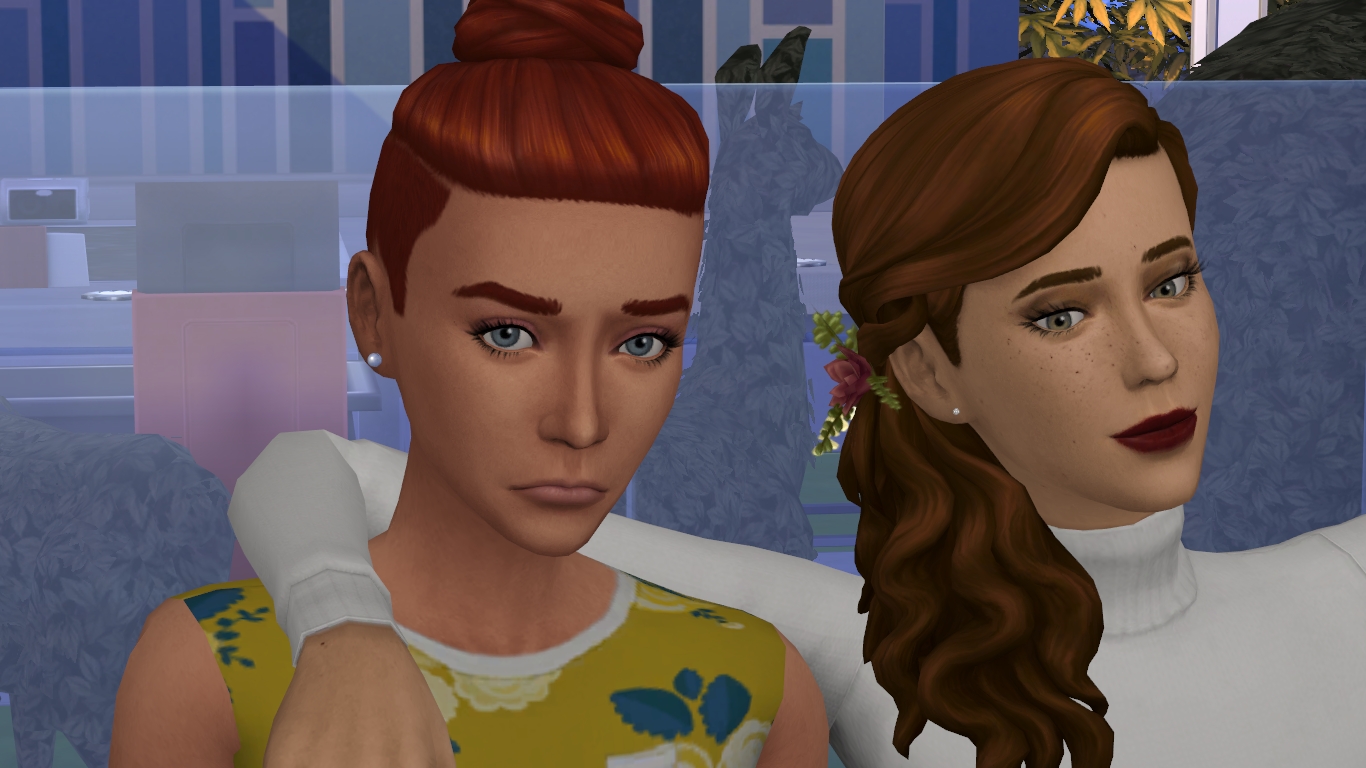 Louise: I don’t know… I feel like I wanted my pilot to be something raw and impactful, but I’m not sure it turned out the way I wanted it to.

Harrison: I’m sure it’s going to be great! I’m not sure why we’re not allowed to talk about what they are to each other… but I’m certain your show will be so good.

Louise: *smiles nervously* I sure hope so… anyway, Marjan, what about you?

Marjan: What about me?

Kyungri: Your show, silly! How was the filming?

Marjan: *looks into the distance* It was an experience. I… had to dig deep into the caverns of my heart to find the inspiration. I think… I succeeded. 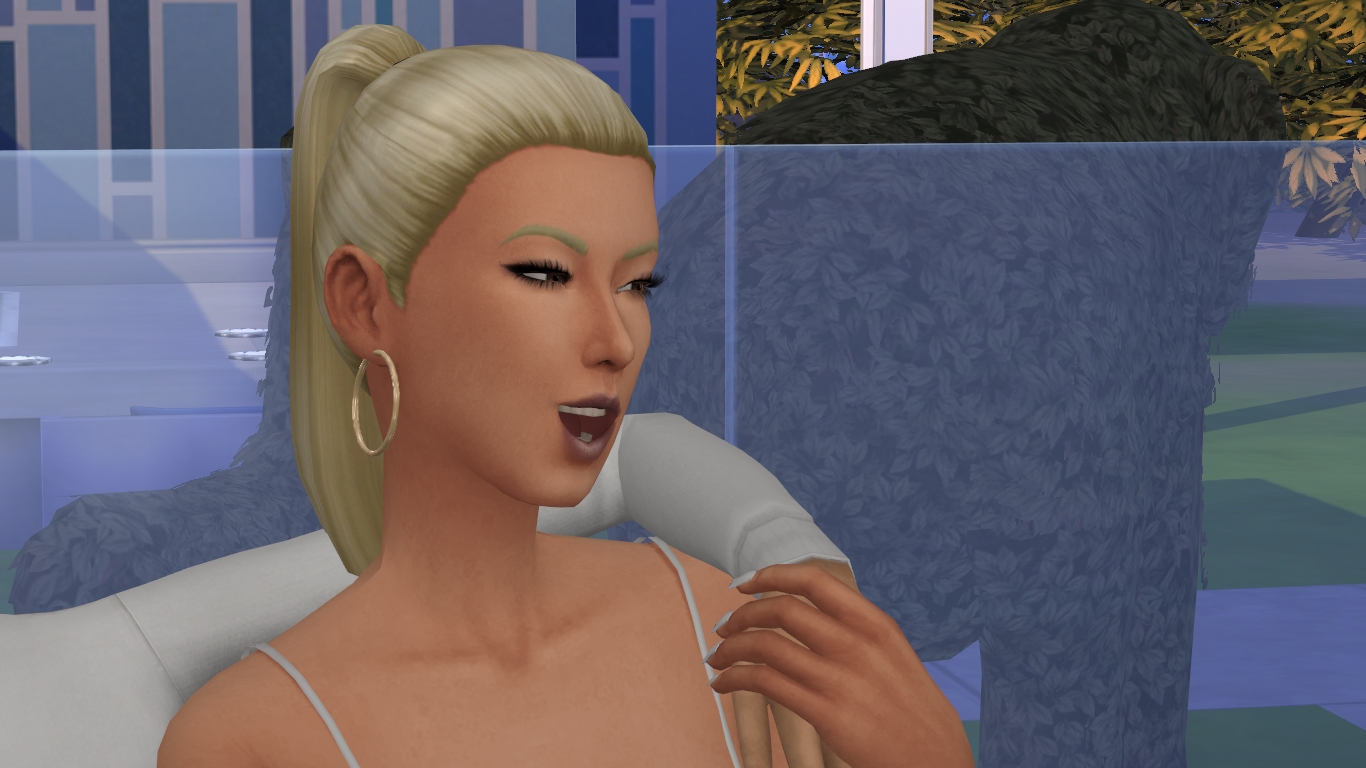 Kyungri: Well, I don’t know if you’re all just being bashful, but I think my show is going to be picked up immediately! I have no doubt about it, I bring a rich quality to the format that would make Shaman Unnie proud.

Harrison: Kyungri, I have to ask… WHO is Shaman Unnie? You’ve been mentioning her during the whole season and I have zero idea of who that is.

Louise: Yeah, is she… like… a religious leader for you or something?

Kyungri: Flying what? No! Don’t you dare disrespect her, Shaman Unnie is THE woman to look up to in the world. Educate yourselves! 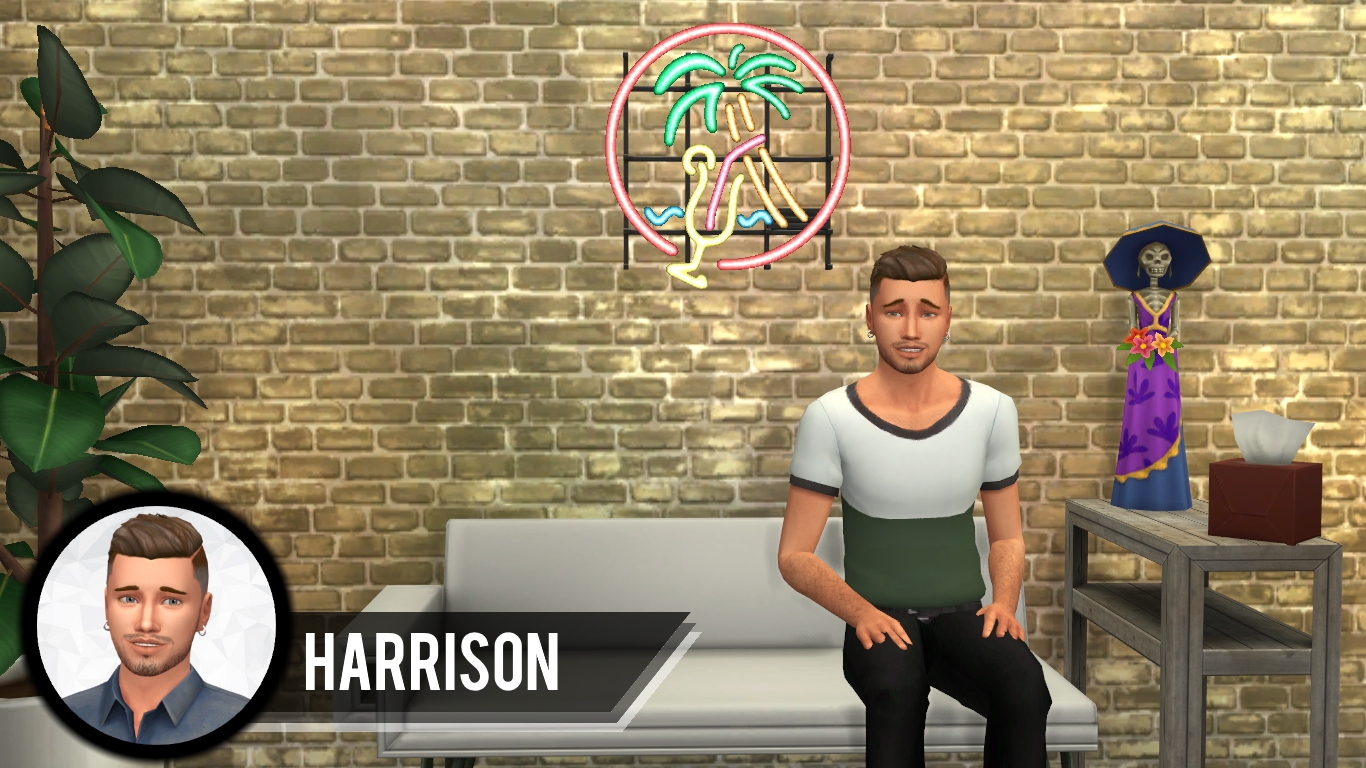 Harrison: I STILL don’t know who Shaman Unnie is…

ajmkv: Housemates, welcome back! I’m so thrilled you’re here, the K&GI house has been so empty without you all. Not that I hang out here all the time and just wait for your return, not at all… heh! Never!… *Kyungri groans* Ahem, anyway. You’ve spent the last week coming up with and shooting your own television pilot episodes for SimTV. As you’ll remember, one of the prizes on the line is your own TV show on the channel, and your pilot could very well become a full show! Isn’t that exciting? 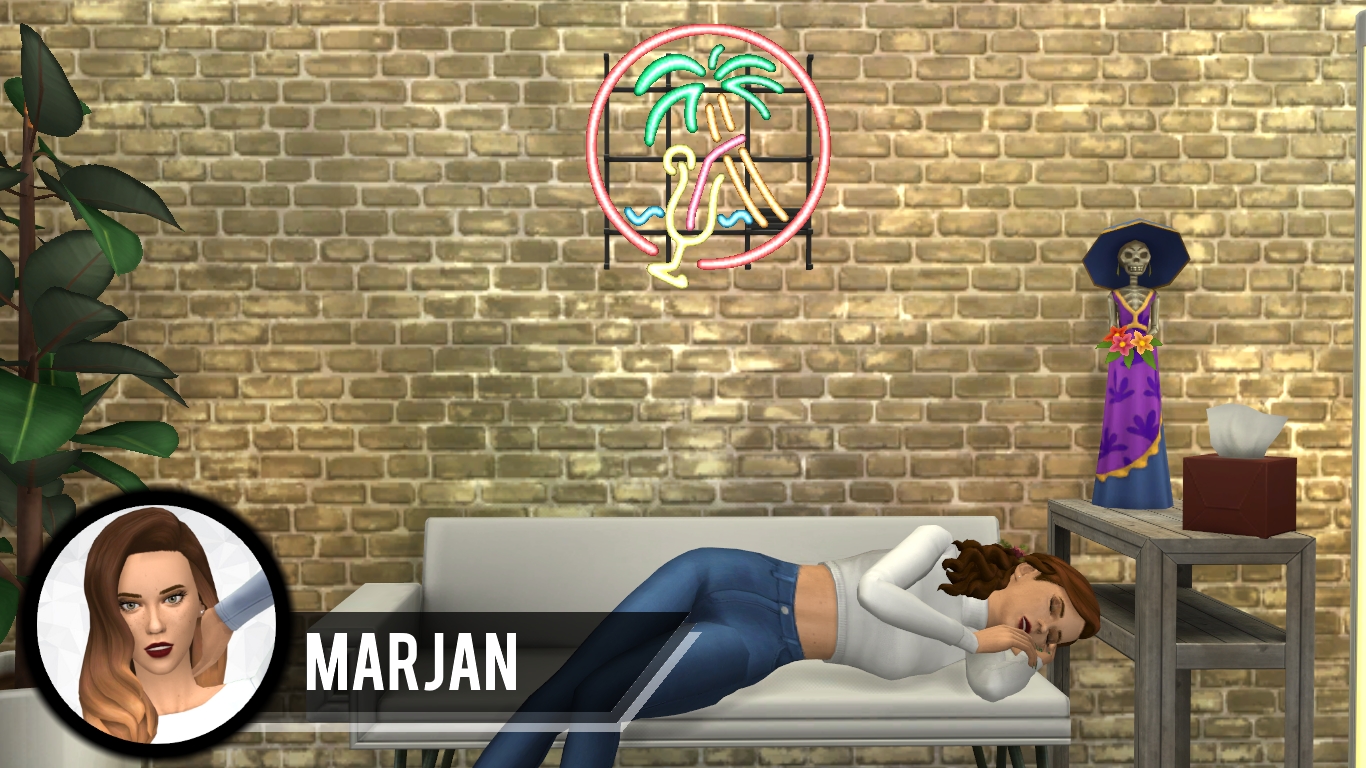 ajmkv: …but before we go to the screening of your pilots and we get to meet your special guest judges, y’all have one final photoshoot! So make sure to get to hair and makeup, and put on your best pouty face for the camera, because this might be the last time you’re photographed as part of the cast!

The contestants head over to the hair and makeup room, where they’re told that they will be part of a tasteful shoot in their underwear. Louise is not particularly thrilled, and she’s grumpy throughout the whole session. 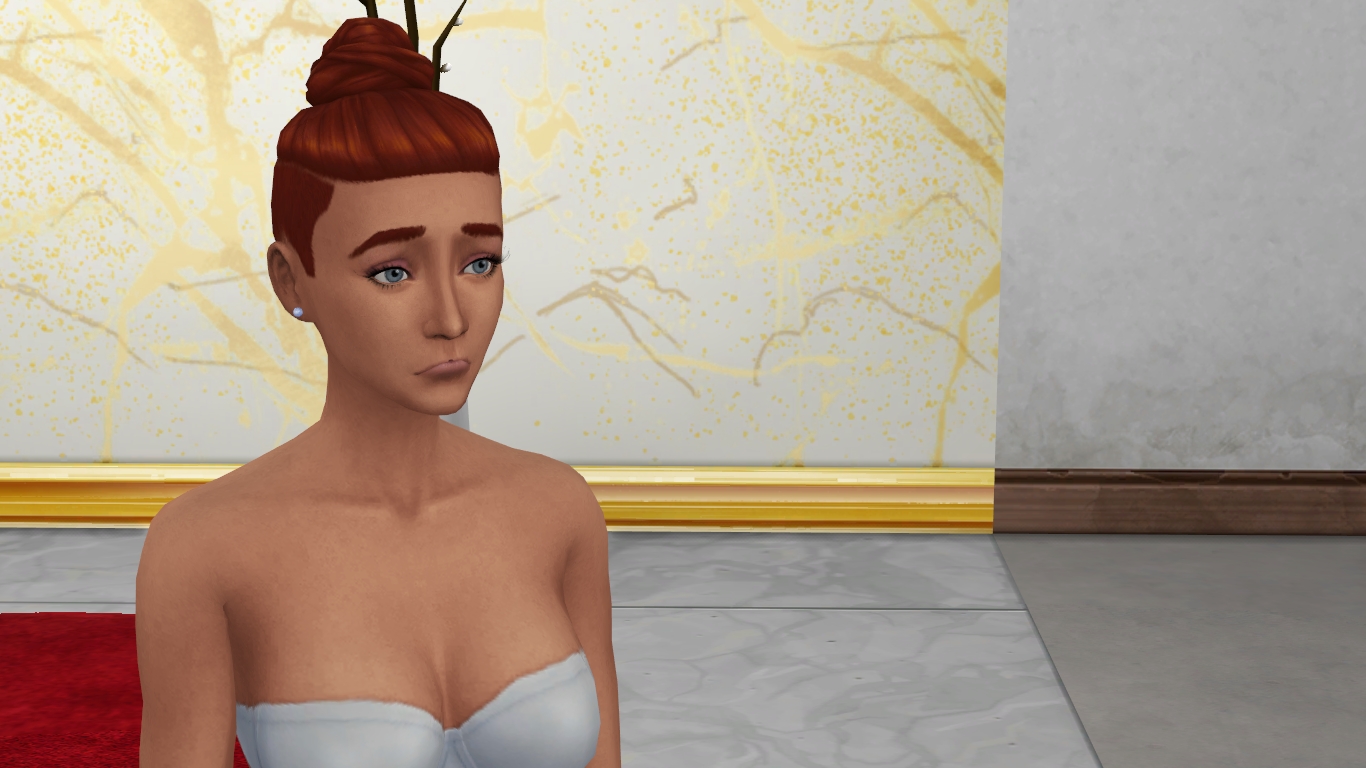 Louise: *voiceover* I know that photoshoots are a big part of this show, but honestly I’m so over them. Plus, I’m getting really nervous about the screening of my pilot! I like it, it’s very me… but I’m not sure if it was the best choice. Kyungri’s pilot is probably going to be awesome, she’s super confident about it, and Harrison doesn’t look nervous either. Marjan… she’s off in her own world, but she’s turned out to be a great competitor, so I’m sure she’s going to have a really good pilot, too. UGH, I’m so nervous! This stupid photoshoot…

The four gather in the basement set, which has been almost completely remodeled with a new sitting area and lush marble floors and walls. Kyungri looks confident, and she relaxes on one of the couches while she waits for the photographer to arrive. Marjan, on the other hand, doesn’t look quite as assured. 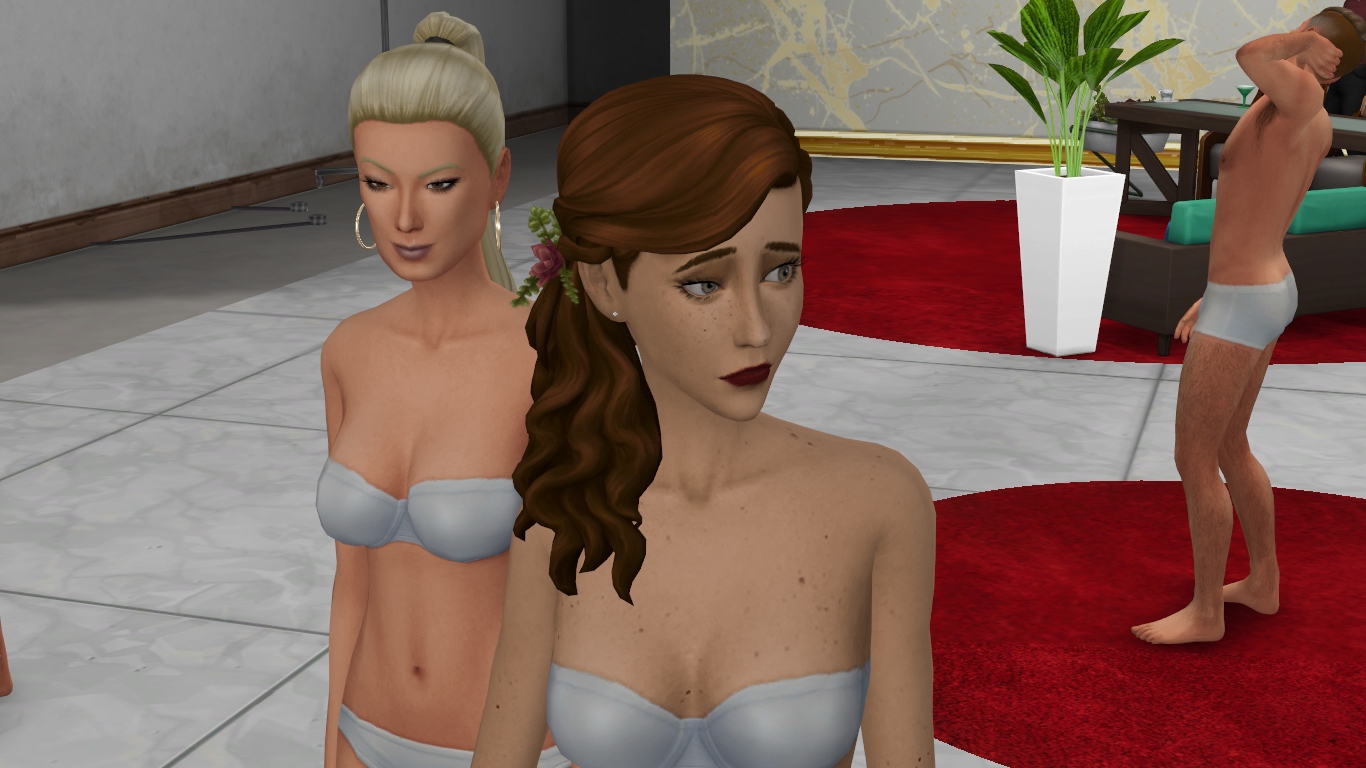 Marjan: *voiceover* I was just standing there, looking at Harrison practicing his posing… it’s like I was transfixed by his nipples, I mean… pointy little beacons of positivity, they are. And yet, as I stare into them… it’s like I’m getting sucked deeper into this hole. I’m not sure if I’m ready for everything to be revealed…

Harrison continues posing as everyone prepares. He runs his hands through his hair, feeling excited about the challenge. He’s feeling confident in himself for once. 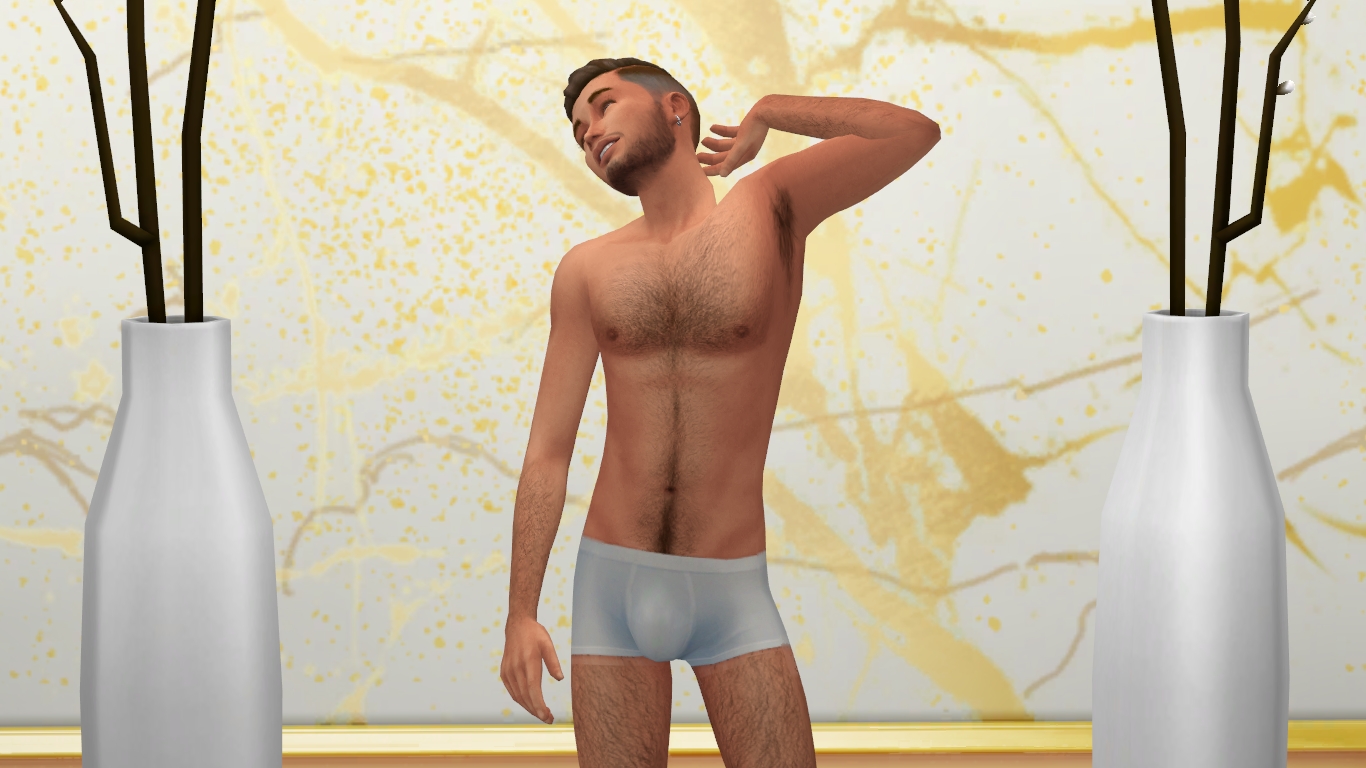 Harrison: *voiceover* I feel great! I think I’ve come up with something fun and interesting. I’m sure the judges will appreciate it! I don’t know what the girls have planned, but I feel confident. I’ve been doing well in the challenges. It’s my time! I can almost feel the Top 3 at my fingertips.

The photographer arrives, and everyone joins Harrison. Their brief is to look sensitive and alluring, and everyone mostly succeeds. Though Louise and Marjan are lost in their thoughts, the picture comes out beautifully and everyone’s spirits are lifted after their good photoshoot. 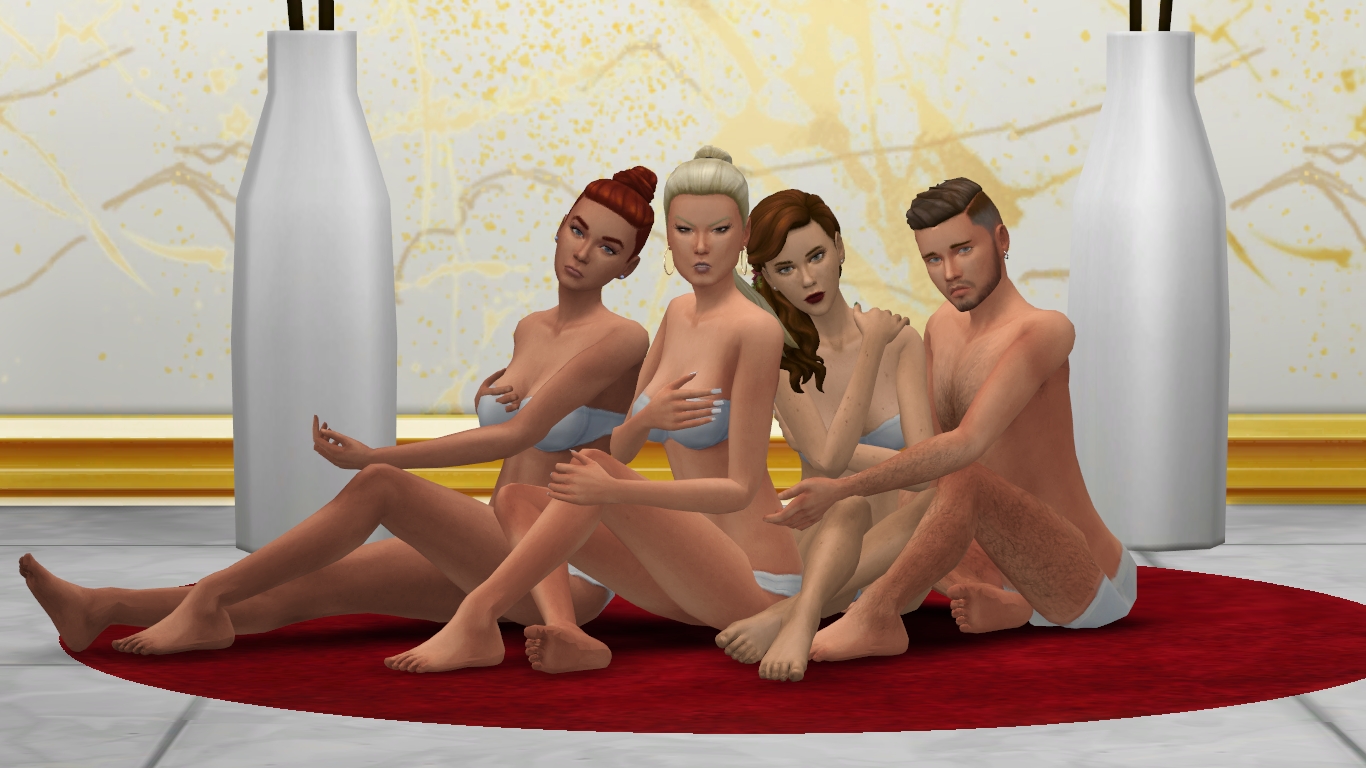