ajmkv: Well, let’s move on to Harrison! Harribae, are you ready to show us what you got? 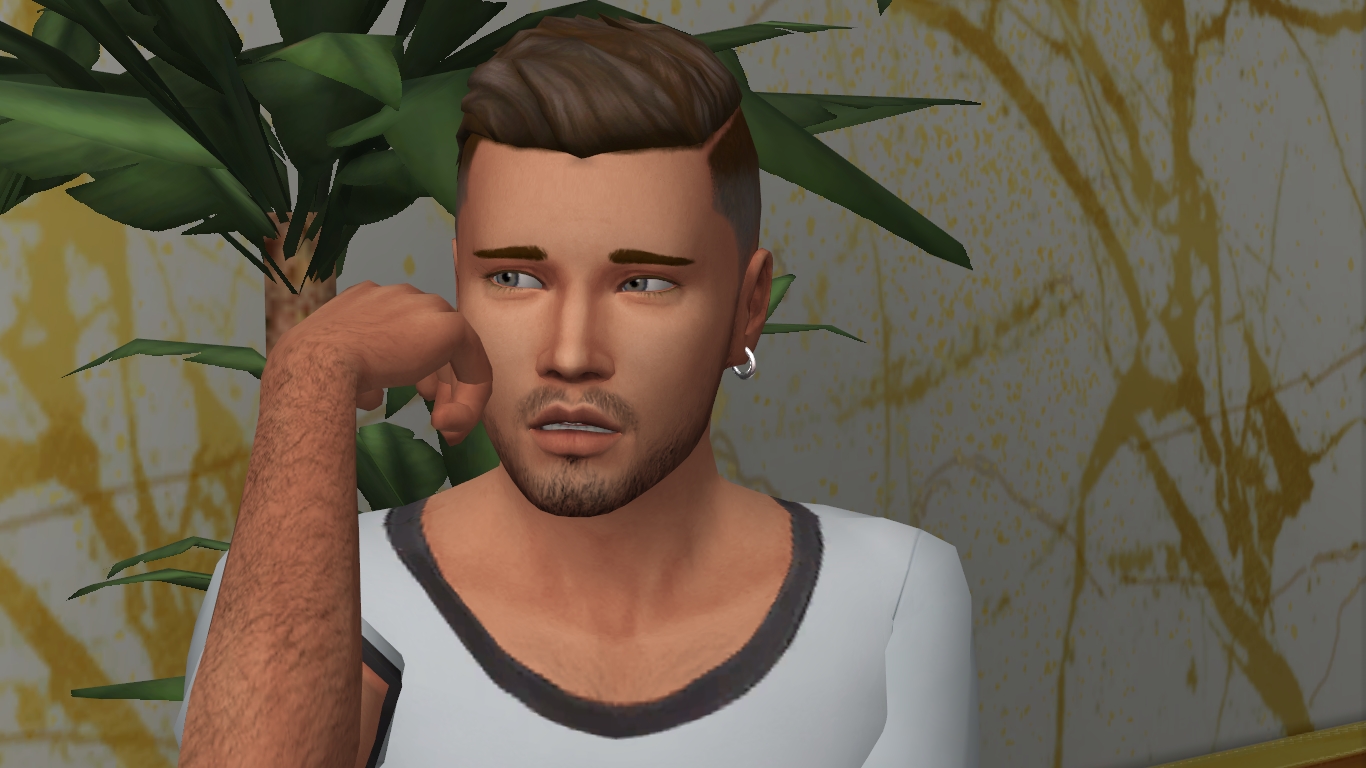 Harrison: Um, I… sure hope so.

ajmkv: I’m dying to see what your show is like, Harrison! Everyone, I’m overjoyed to present Harrison’s television pilot for SimTV. We’re going to go on a journey full of gossip and juicy tidbits, so hold on, because it’s going to be a thrilling ride! Please show some love for Harrison’s The Low-Down with Harribae! 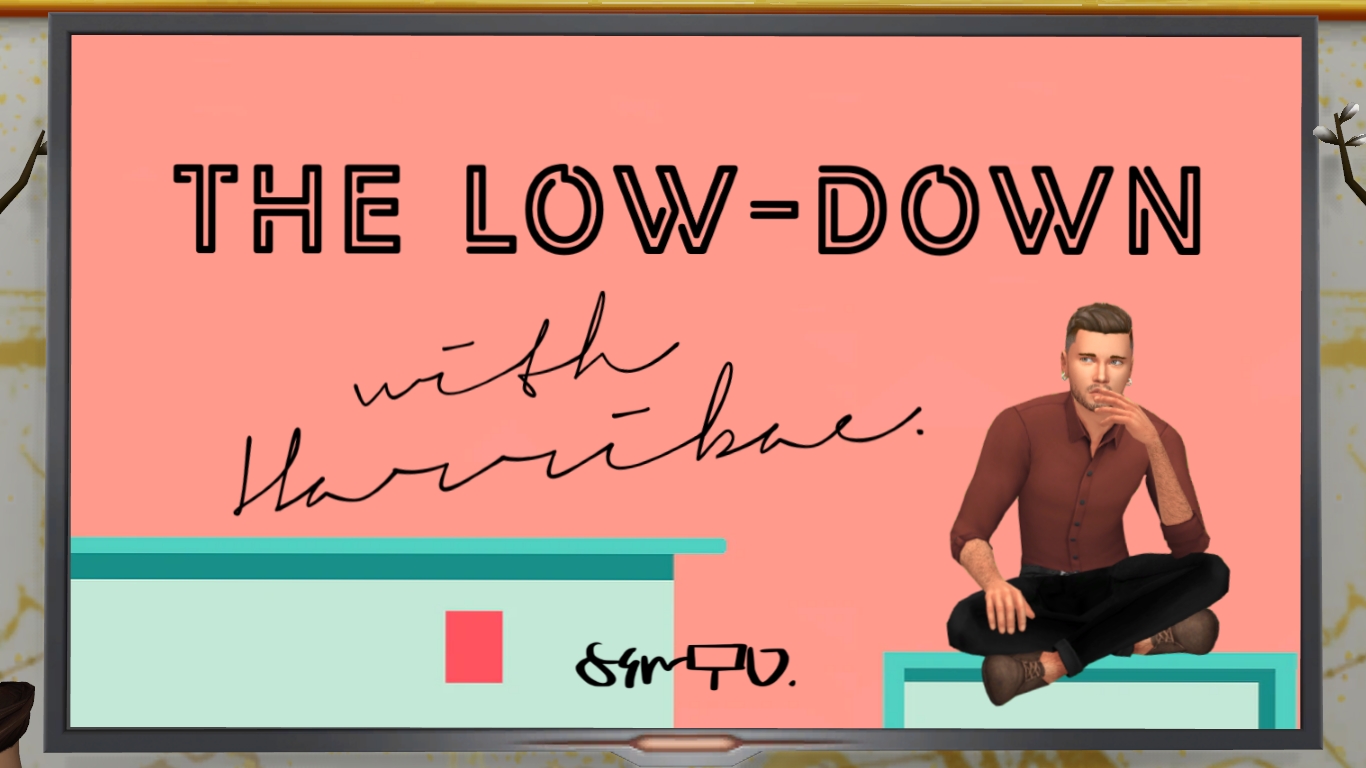 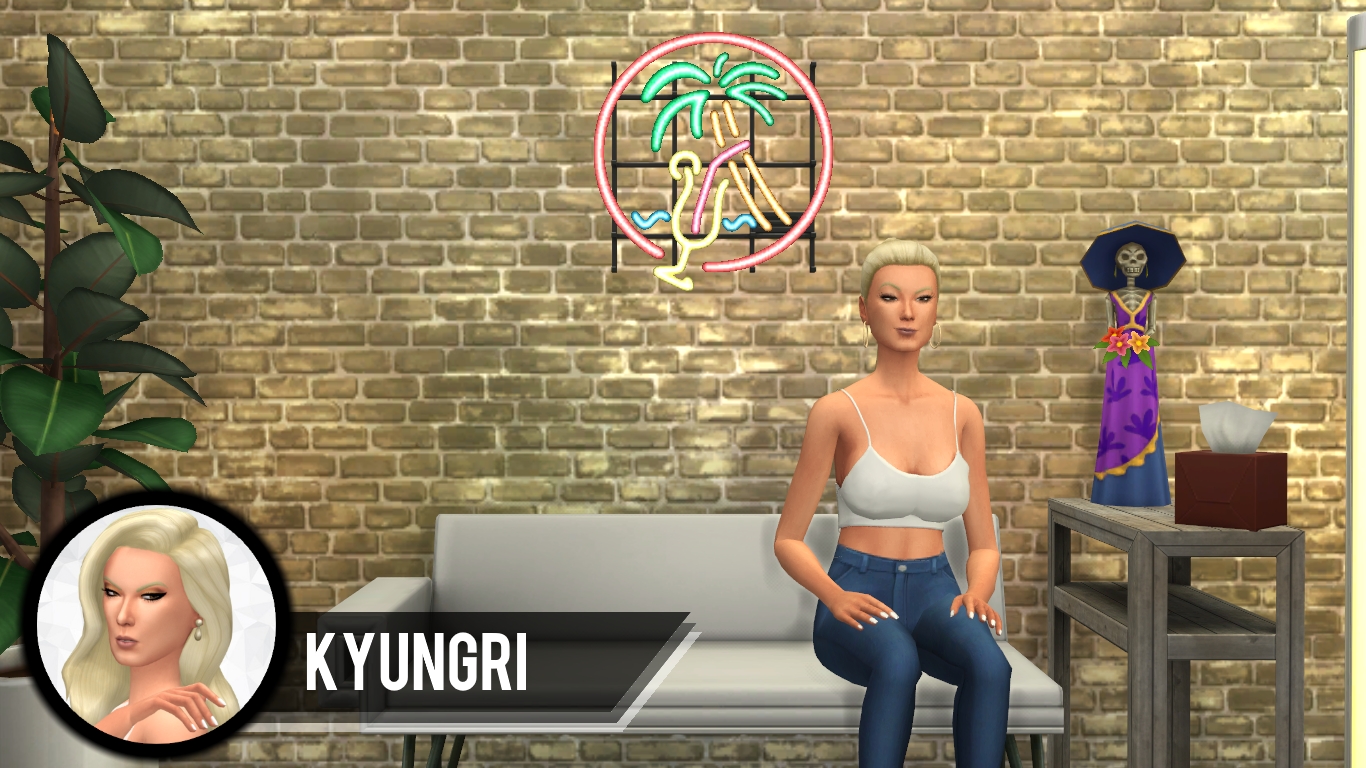 Kyungri: I’m actually taken aback at how much I like Harrison’s pilot! It’s not what I would have expected from him, but he really knocked it out of the park. I knew my good training would pay off for him! Those rancid judges, though… they don’t look happy. 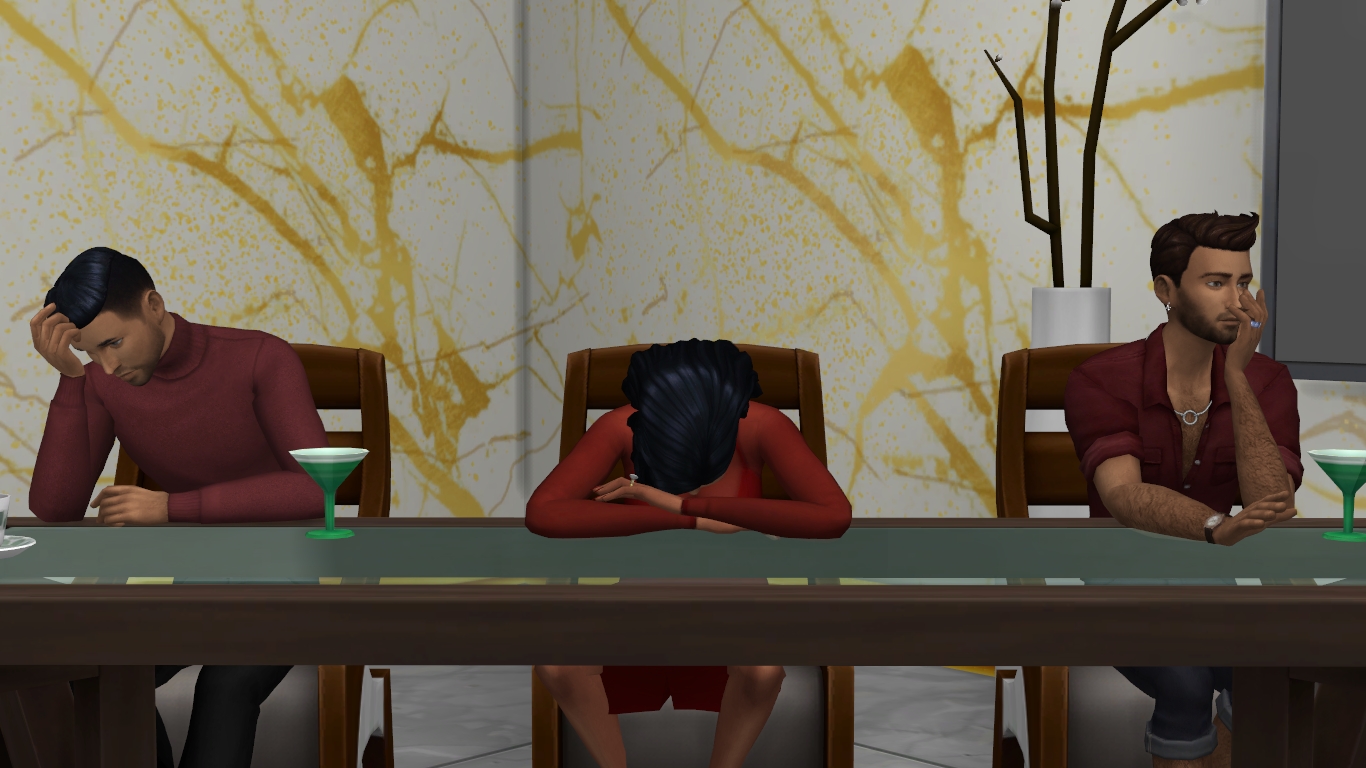 ajmkv: Harrison, this was unexpected! I have a lot to say about it, but why don’t we hear from our guest judges first? Bella, some thoughts? 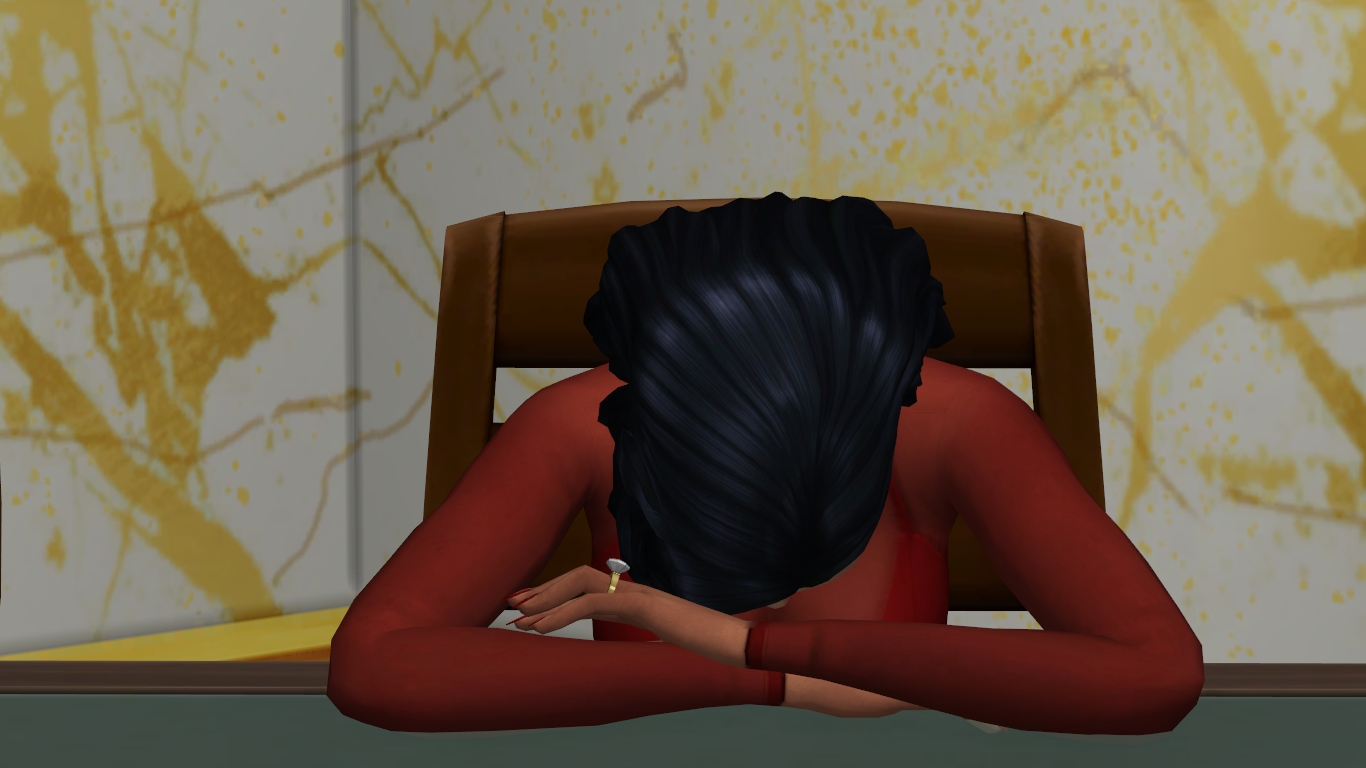 Bella: Harrison… Harrison. You’re a cute twink and everything, and you’ve been the fan favorite for a while. This show is cute, I like the concept. But where was the wit? Where were the savage comments? I think this could work if it was submitted to a more competent creative team, but honestly… this just isn’t very good. I’m sorry, Harrison, but I’m bored. 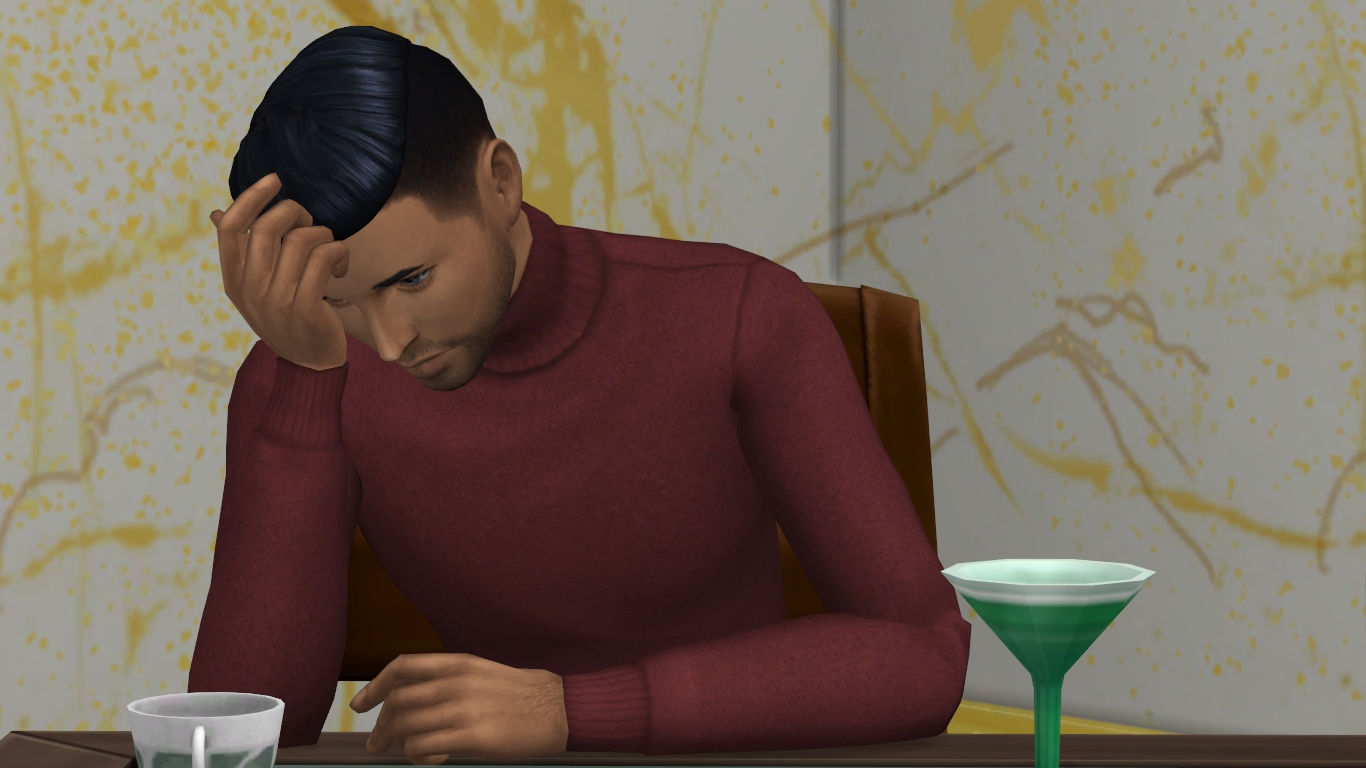 Hudson: Yeah, I think I have to somewhat agree. This has so much promise! You could really turn this into a great companion show to Kev & Get It, but the execution of it left me wanting more. You’re wonderful to look at, you have a cute timid energy that is very endearing, and you somehow managed to find some interesting pieces of gossip, but… in the end, I wasn’t knocked off my feet. This show is, like, a cute little interstitial, but I’m not sure that it could be a full TV show as it is. 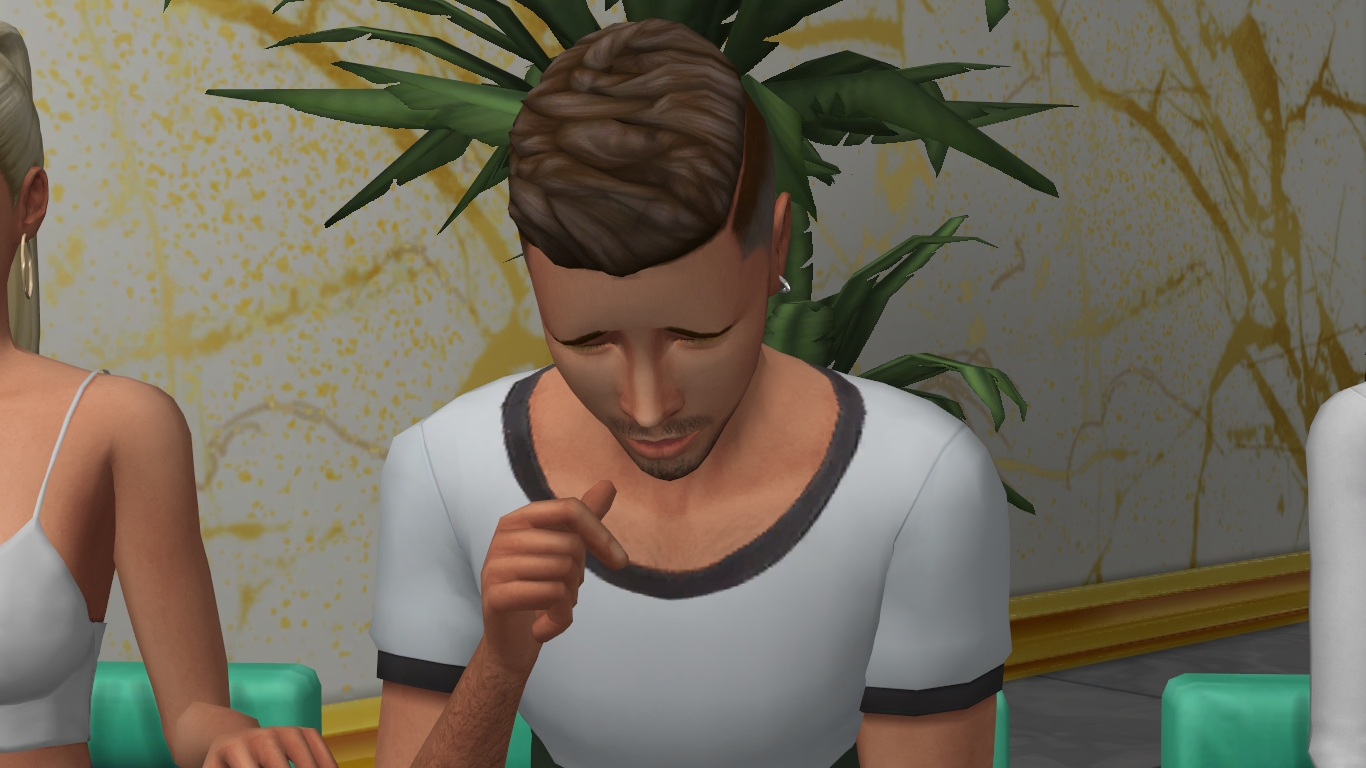 Harrison: *looking at his shoes* I’m really sorry I disappointed you, Hudson… I really thought I did a good job with this.

Hudson: No, you did a good job! It’s just… not a winner’s show quite yet. 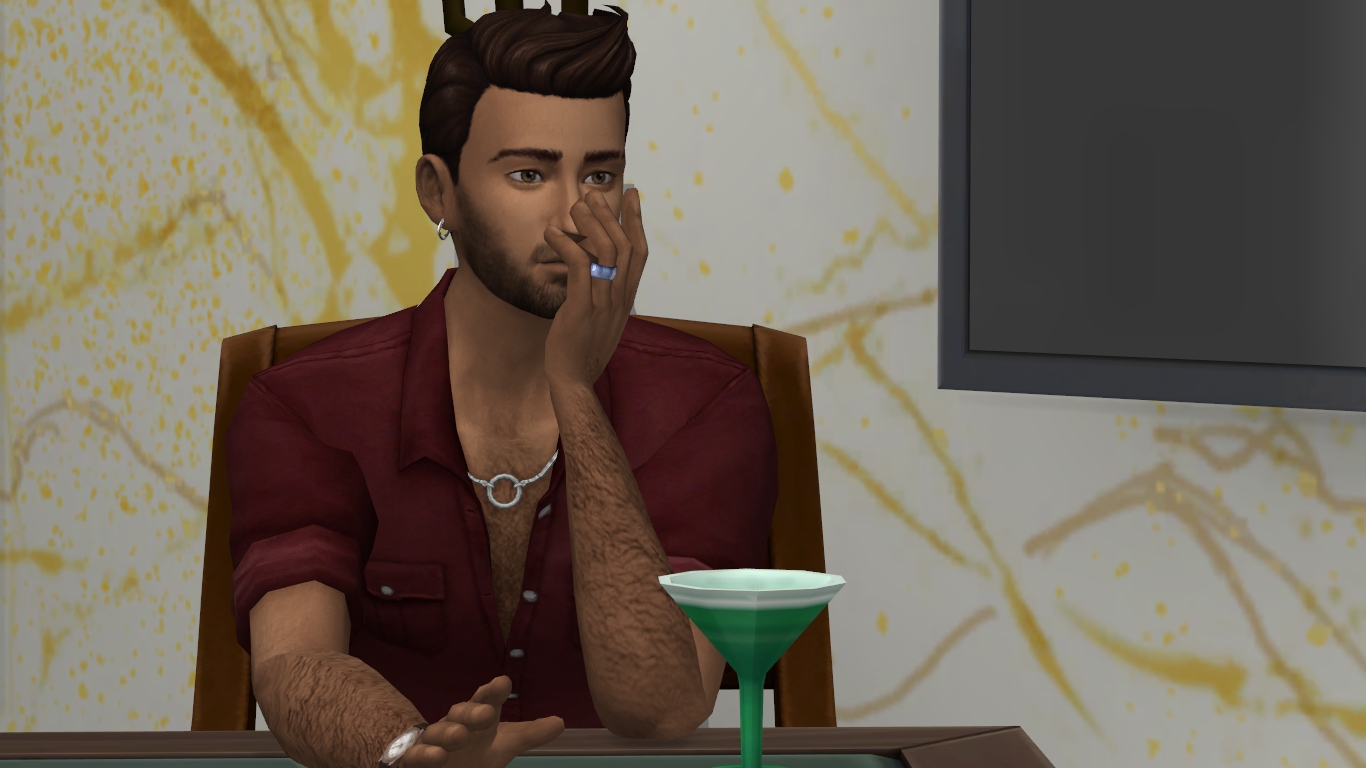 Bella: Of course you do.

ajmkv: Um, Harrison, this show is perfect for you! I think you came up with a great idea, and I really do love this concept. Your delivery was just perfect. I don’t think anyone is coming to you looking for a savage drama queen, people love how sweet you are and this is a perfect way of adding more to your sweetness. You’re revealing gossip, throwing just a touch of shade, and I really feel like I’m one of your buddies and we’re talking about our favorite show! All the references to K&GI, the cast gossip, the Hellsøn drama… I love this.

ajmkv: Of course, my opinion isn’t the only important one. But I do love this. I have a couple questions, though… who were your sources? The Season 3 leaks, Charlee’s security camera footage… where did you get these things?… Well, anyway, it doesn’t really matter now, maybe later. Let’s move on to Louise! Lou, are you feeling excited about the premiere of your pilot? 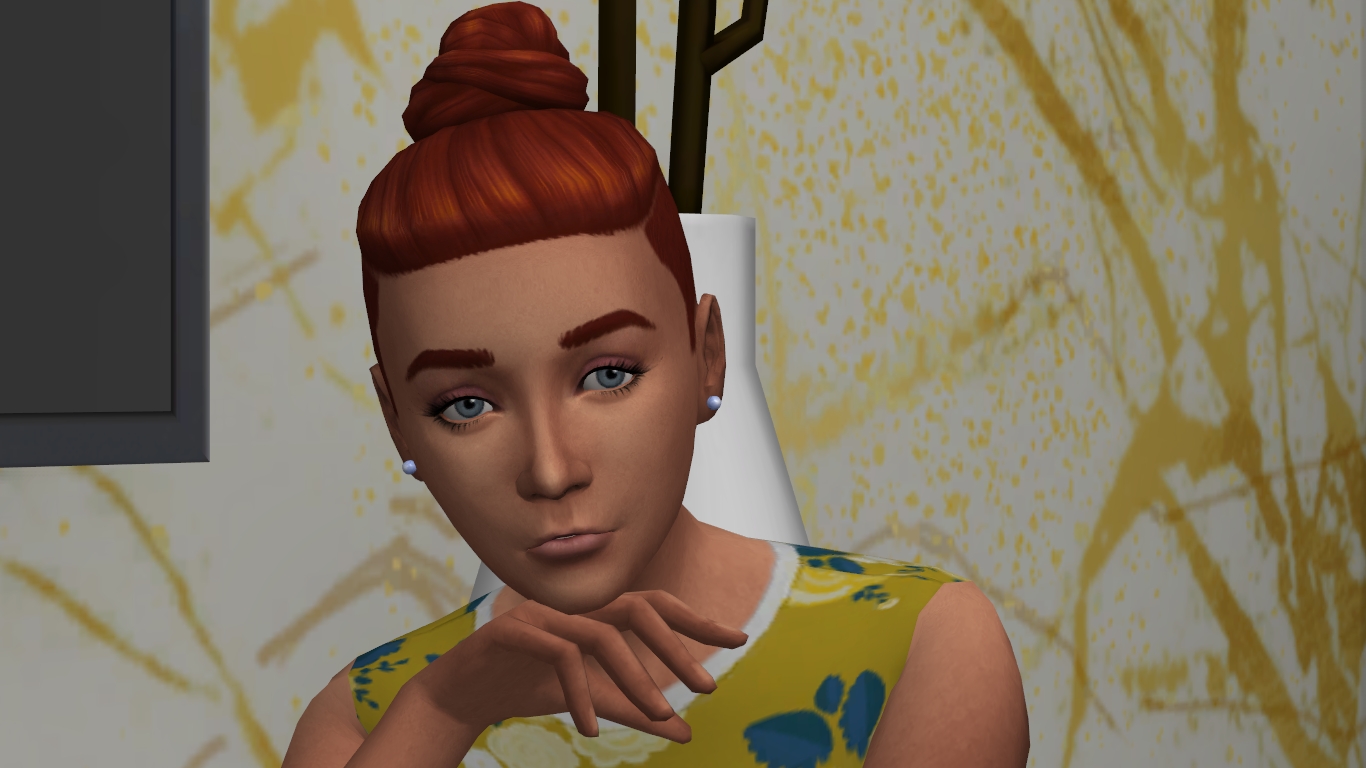 ajmkv: Nonsense! I’m sure that someone as thoughtful and intelligent as you has a fantastic show planned for us. I hope you viewers at home are ready, because I’m about to proudly present to you Louise’s television pilot for SimTV. Some notable familiar faces from last season appear in what seems to be an interesting resolution to some long-standing conflict! Let’s hear a cheer for Louise’s A Piece Of My Mind! 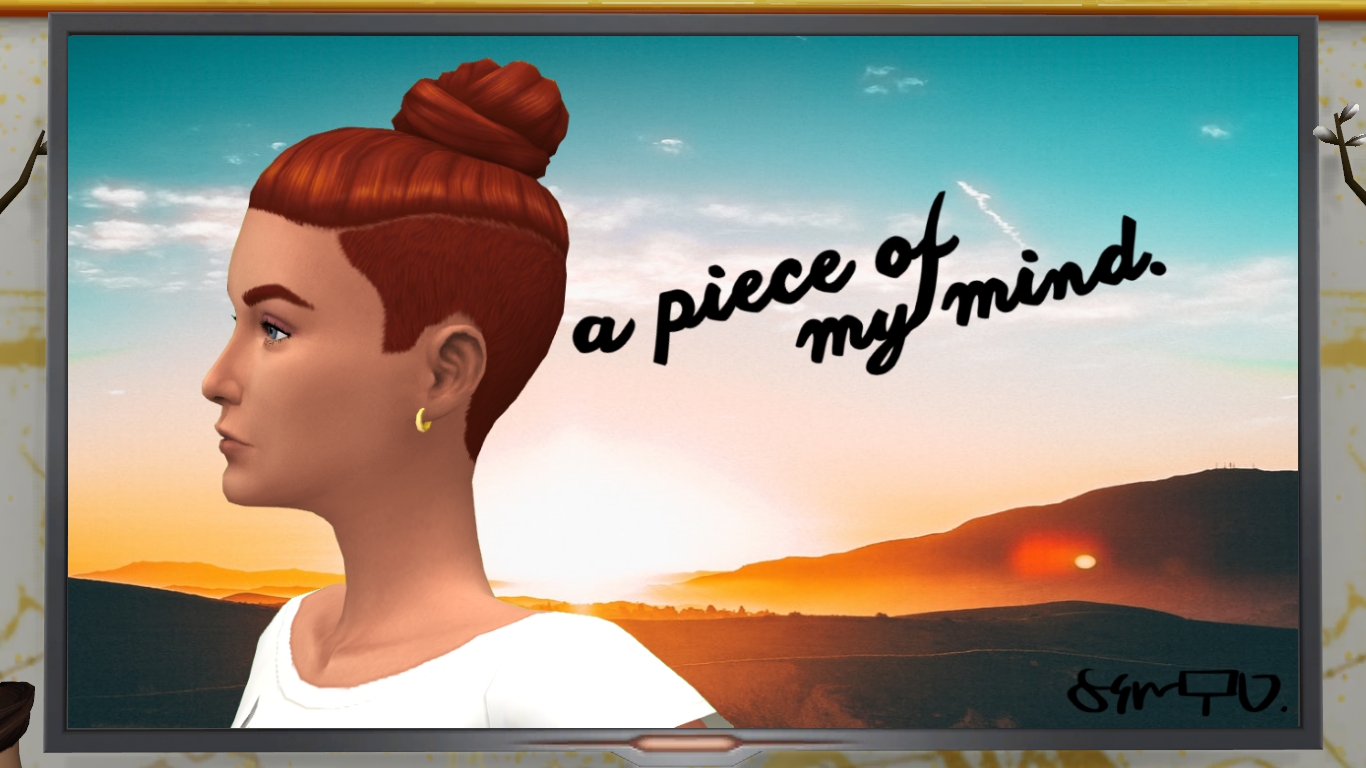 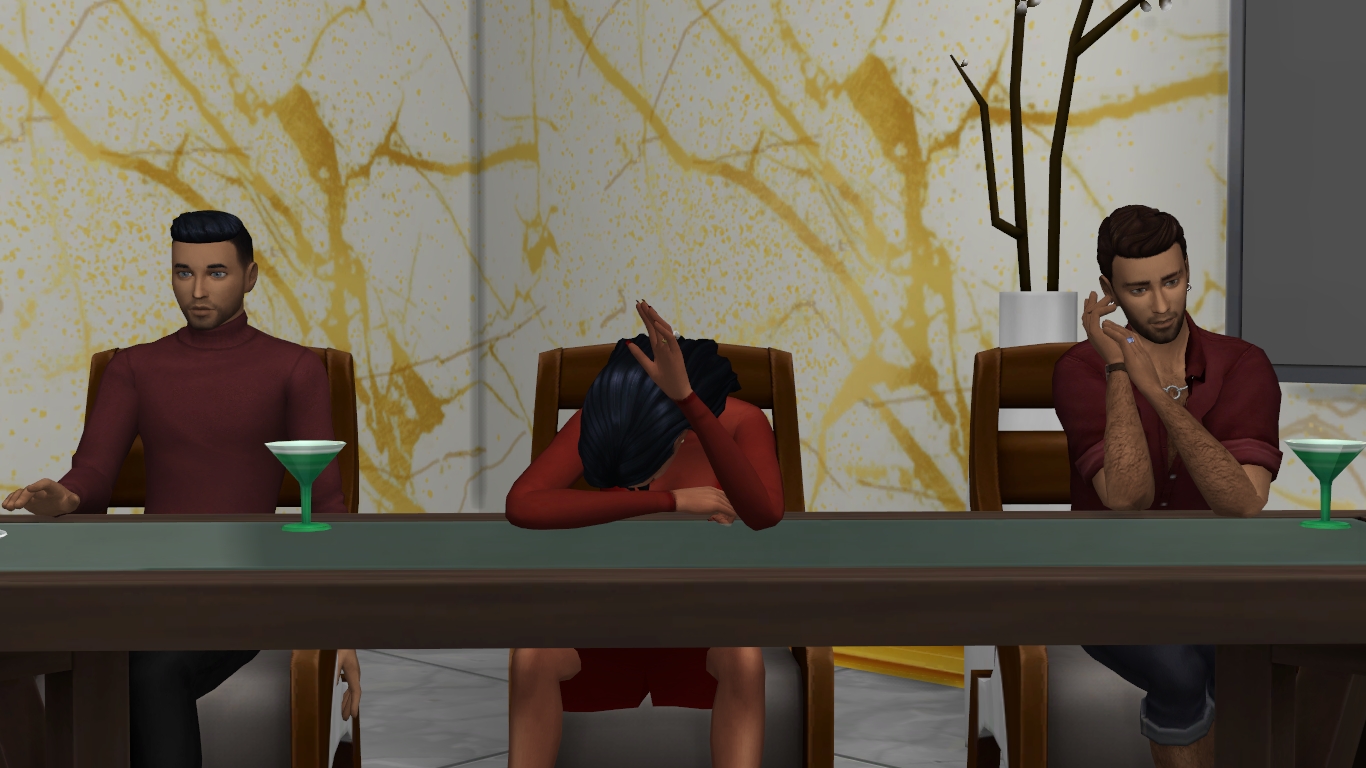 ajmkv: Louise, that was quite interesting! I’m into it, but are our guest judges? Let’s hear from them! Hudson? 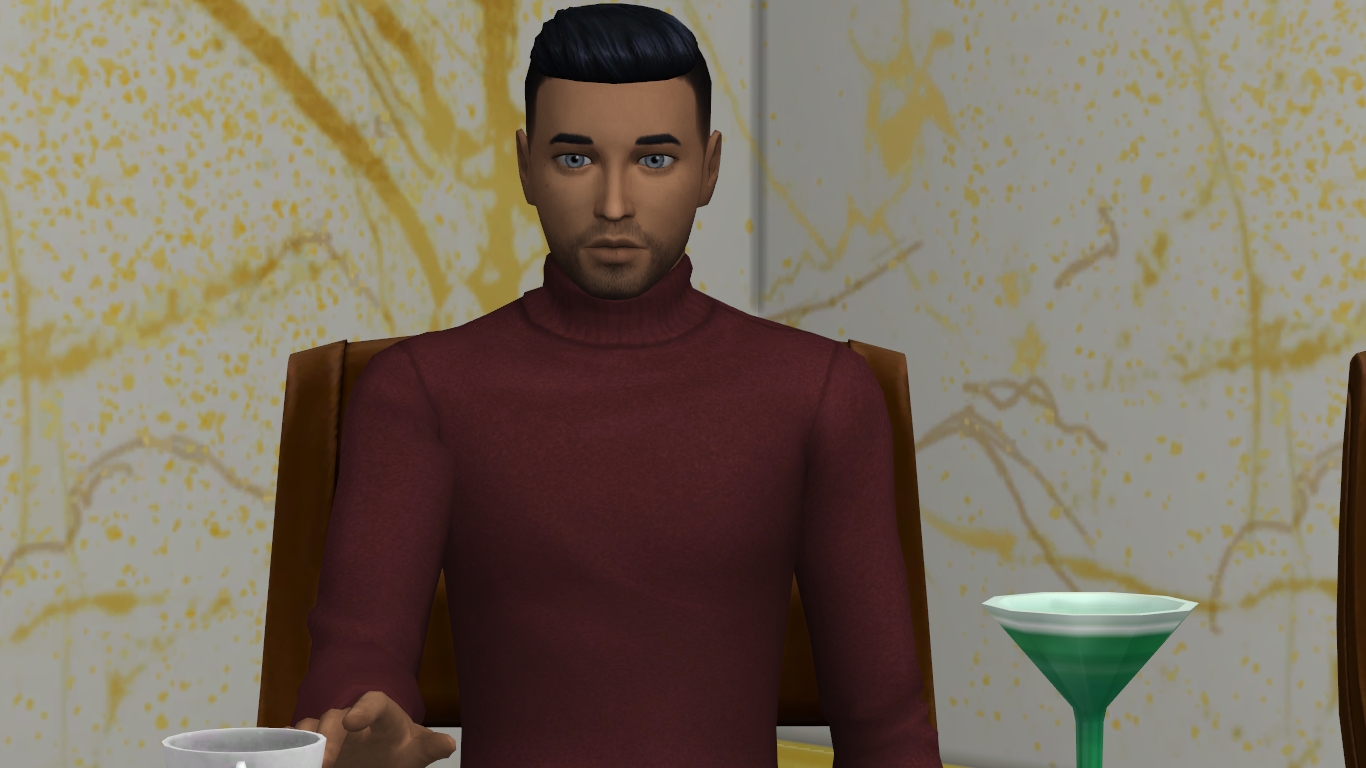 Hudson: I tentatively like this. Louise, you’ve had a nice character arc on this season. You arrived ready to fight to clear your family’s name after your father’s unsavory actions last season, and we’ve watched you mellow out and create a name for yourself outside of your family drama. This pilot is sweet, a nice way to wrap up that drama and truly move forward.

Hudson: Now, I was on Season 1 with your father, Christophe, and Andreea, and I never particularly liked what they did; I personally wanted both of them out when I found out about their cheating. However, I never had the whole story, so it was nice to see a little more depth to their characters here. On the other hand… this seems more like a documentary special, or a “where are they now?” kind of segment, and I’m not sure that lends itself well for a full television show. Where would the show go from here now that that drama is resolved? I like this, you’ve done a good job, but what next? 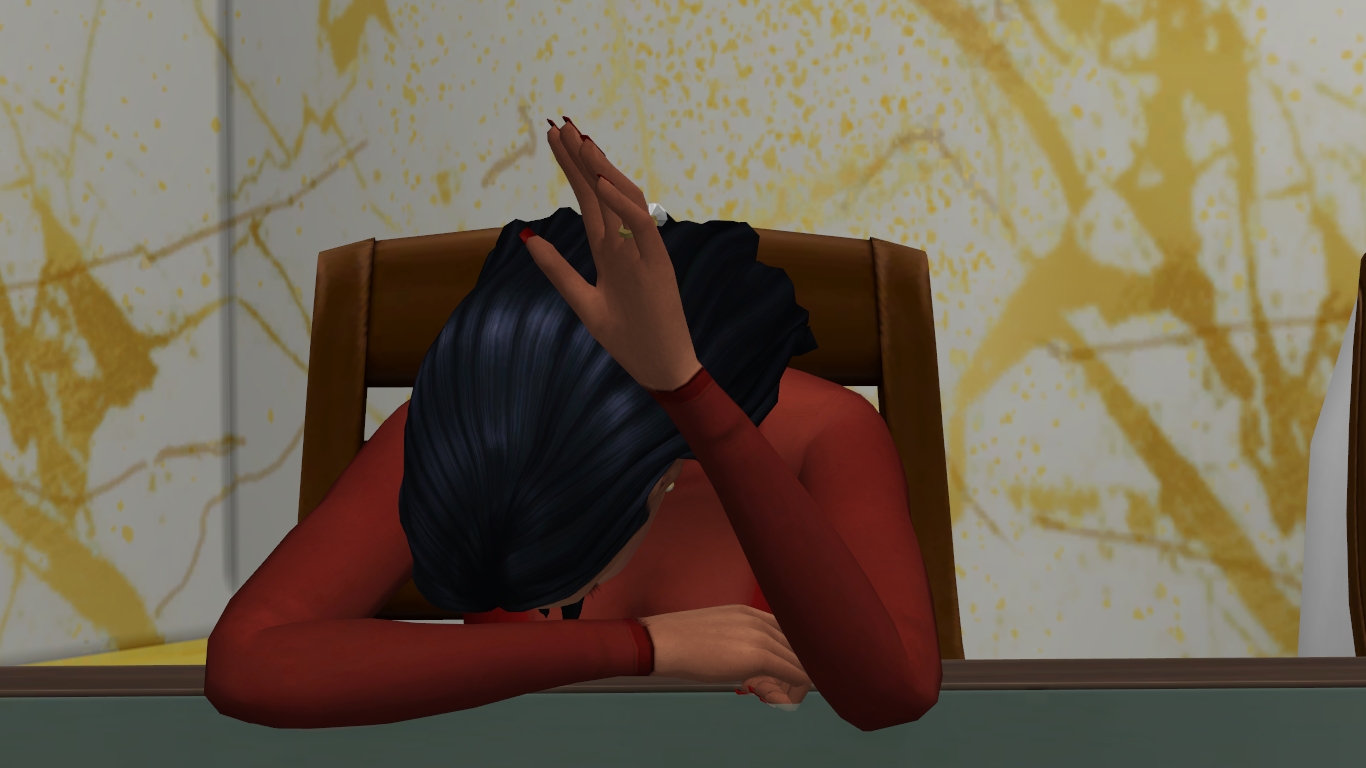 Bella: I’d like to say I agree with all of this, but honestly… Louise. This is boring. Yes, the drama with Christophe and Andreea rocked the audience last season and, yes, a significant part of your arc this season centered on you dealing with the fallout, BUT. Your show is boring! I don’t hate it, I’m just… it’s just… there. It’s there. This is not a winner’s show. You are so much more than this, and focusing the whole pilot on the drama that was resolved within the one episode was a choice that leaves you with nowhere to go. Do you want to win this? 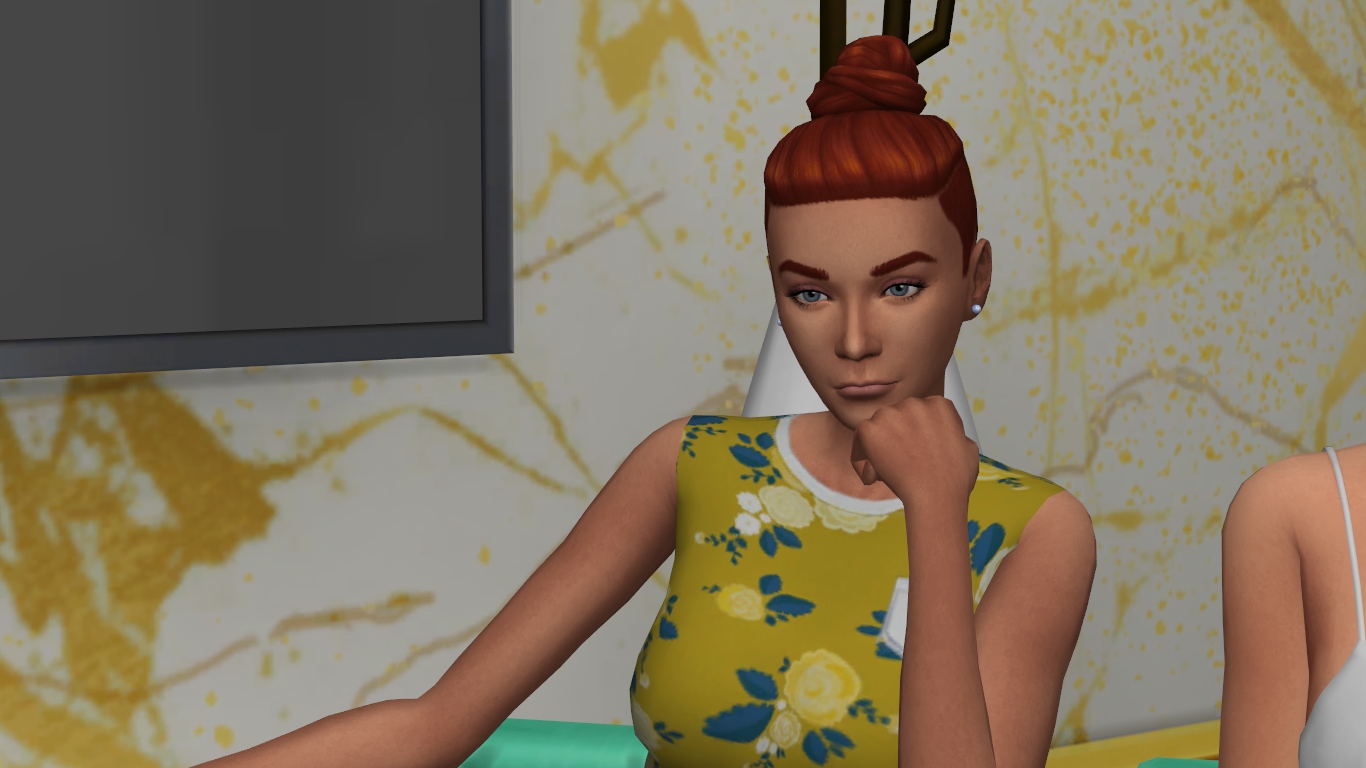 Louise: Of course I do, Bella.

Bella: Then act like it! You have to bring it, every time!

Louise: I feel like I have to say that, regardless of what you’re saying, I’m still happy that I created what I did. It was a good thing for me.

Bella: Yes, but this is not an echo chamber, Louise. You’re not just going to hear us agreeing with you all the time, you know that! Right now I’m telling you: You want to break into this business outside of the confines of this reality show? You have to give us more! 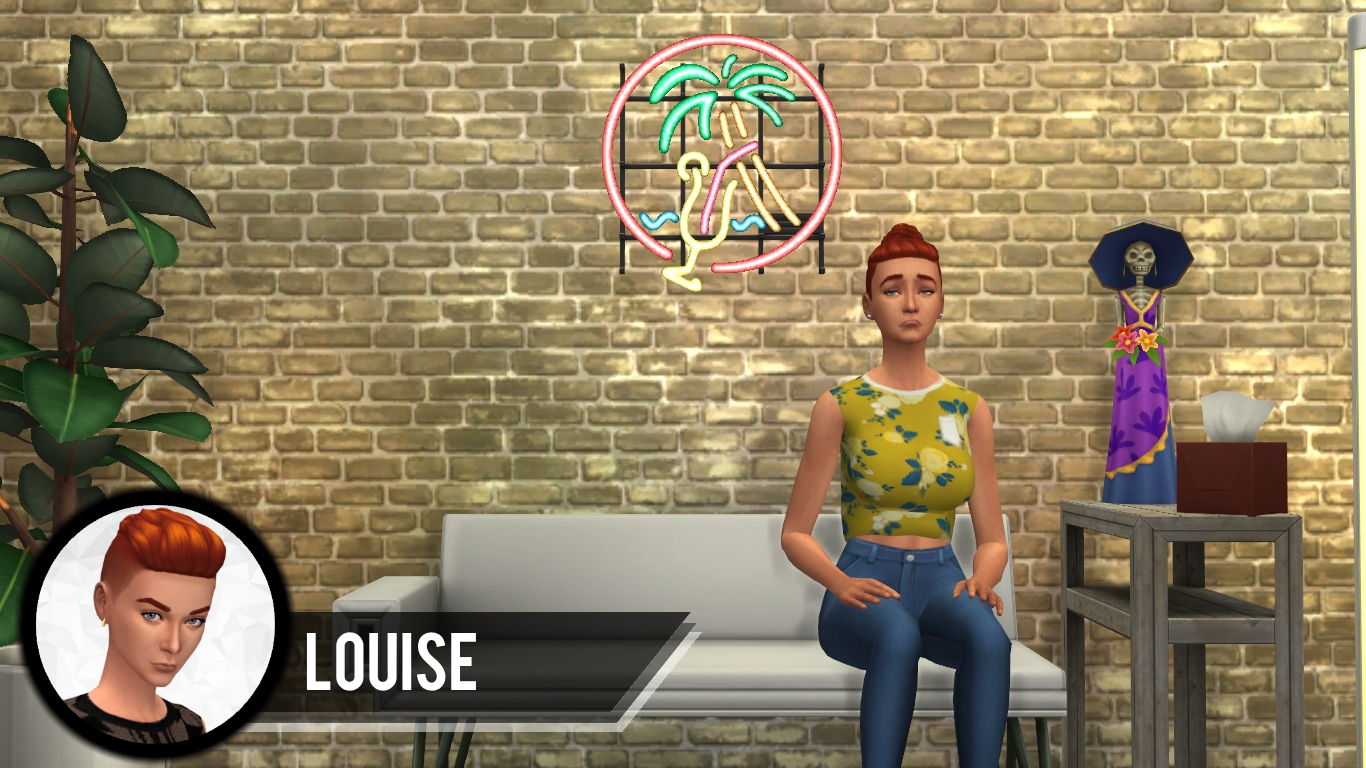 Louise: I think I could see this coming. I get their points, I know my show isn’t the best.What else could I have done, though? Letting the cameras follow me to the first time I met with my father after the whole fiasco was a big deal for me, what else was I supposed to do? They’re being a little harsh.With all of us! I guess that’s show-biz, huh. 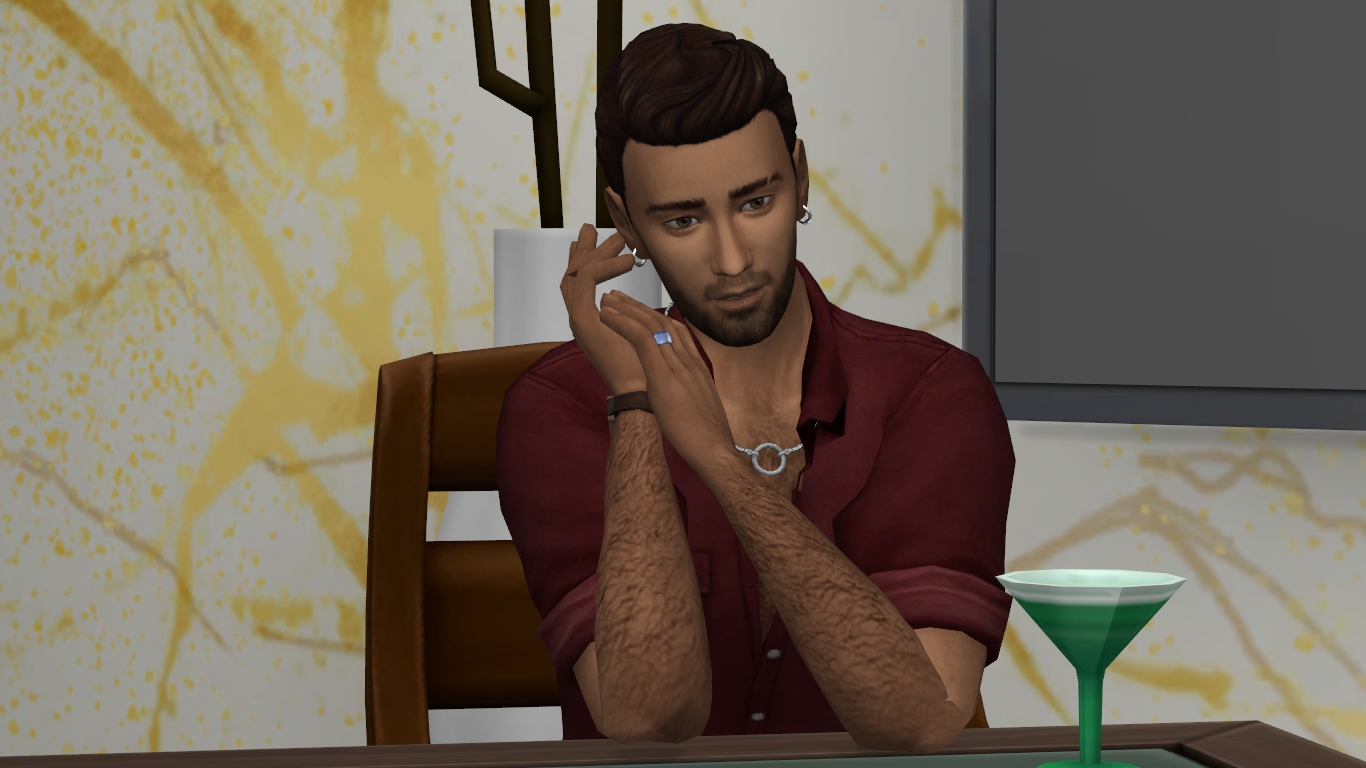 ajmkv: Louise… I agree with the other judges’ points. I’m not sure I can see this extended past the pilot. Maybe if the show centered around how your family rebuilds itself after the drama? I’m not sure how good that would be for you, though; it seems a little exploitative. I loved this as a stand alone mini-documentary, though! A peek into your life and how you’re hopeful for the future. It’s beautiful! It fits perfectly with the storyline you’ve had this season. I think I prefer this than something else that felt more forced. We know you, Louise, you’re an intense and beautiful soul, and I think this encapsulated your essence wonderfully.

ajmkv: I think this might not have worked as a pilot, but I did love it. So thank you for being so raw and open.

Louise: *chuckles* Hey, what else could I be?

ajmkv: True, that’s very true. Well, why don’t we take a quick break and then move on?