ajmkv: Welcome back, everybody! Now, Marjan, I’m sure everyone can agree that we’ve been dying to see what you’ve come up with! How are you feeling? 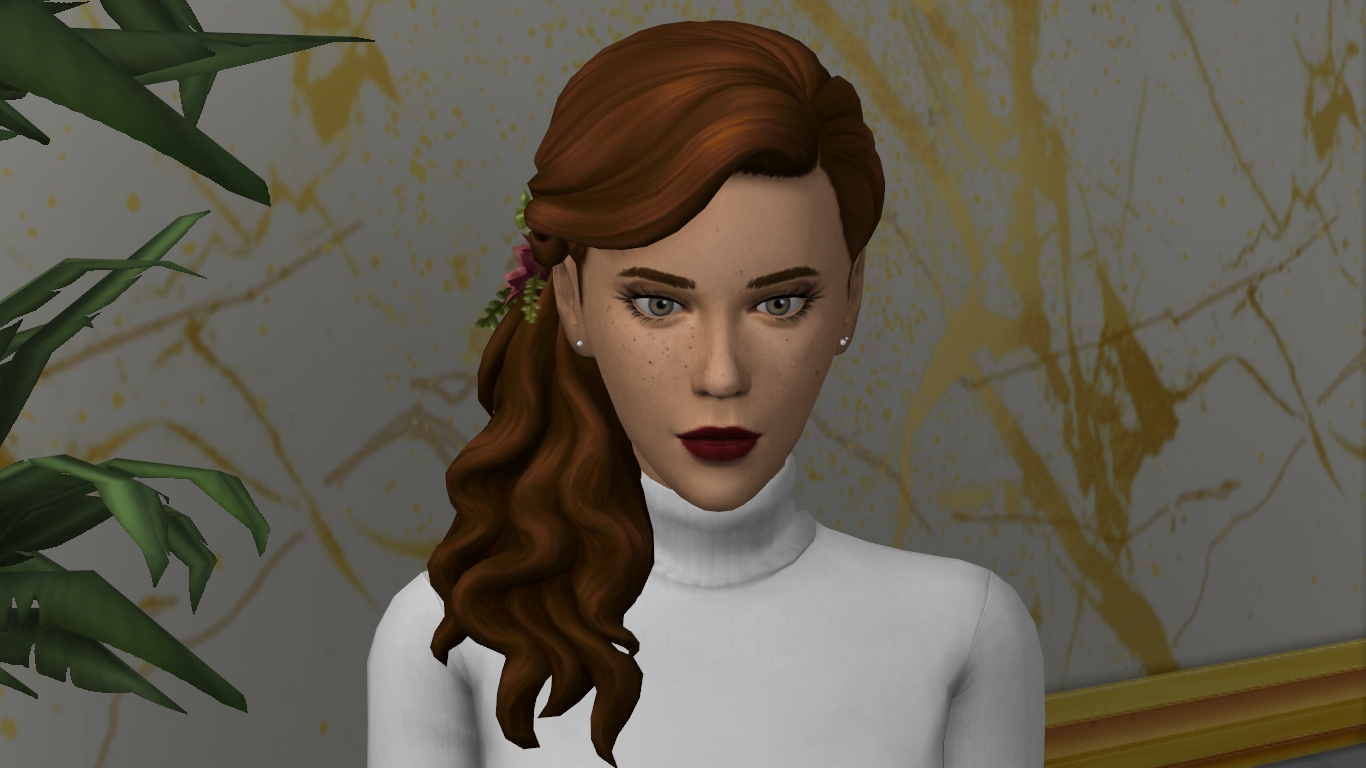 ajmkv: Oh? Why is that, Marjan?

Marjan: I think you’re all expecting turtles and rainbows and fairies and ice cream on a gumdrop, but… well, you’ll see. 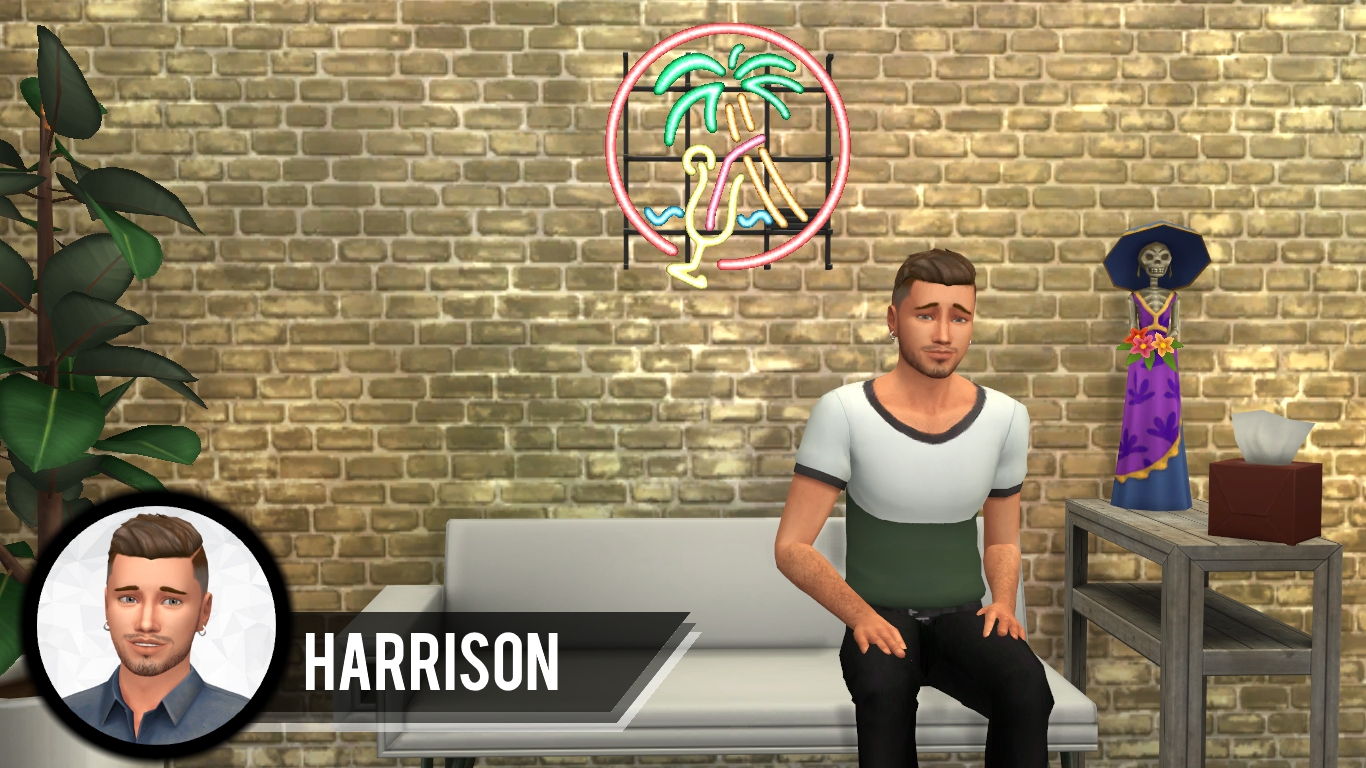 Harrison: I can’t help but feel like we’re going to get some answers… I don’t know if this is a good thing, but I’m super curious about what Marjan’s going to show us. I hope this helps her!

ajmkv: I’m certain that we’re all on the edge of our seat for whatever you’ve prepared, Marjan. Now, everyone, I’m ecstatic to present Marjan’s television pilot for SimTV! We’re taking a trip to a gloomy and rainy little village that’s the setting for a dark drama. Make some noise for Marjan’s Forever In My Heart! 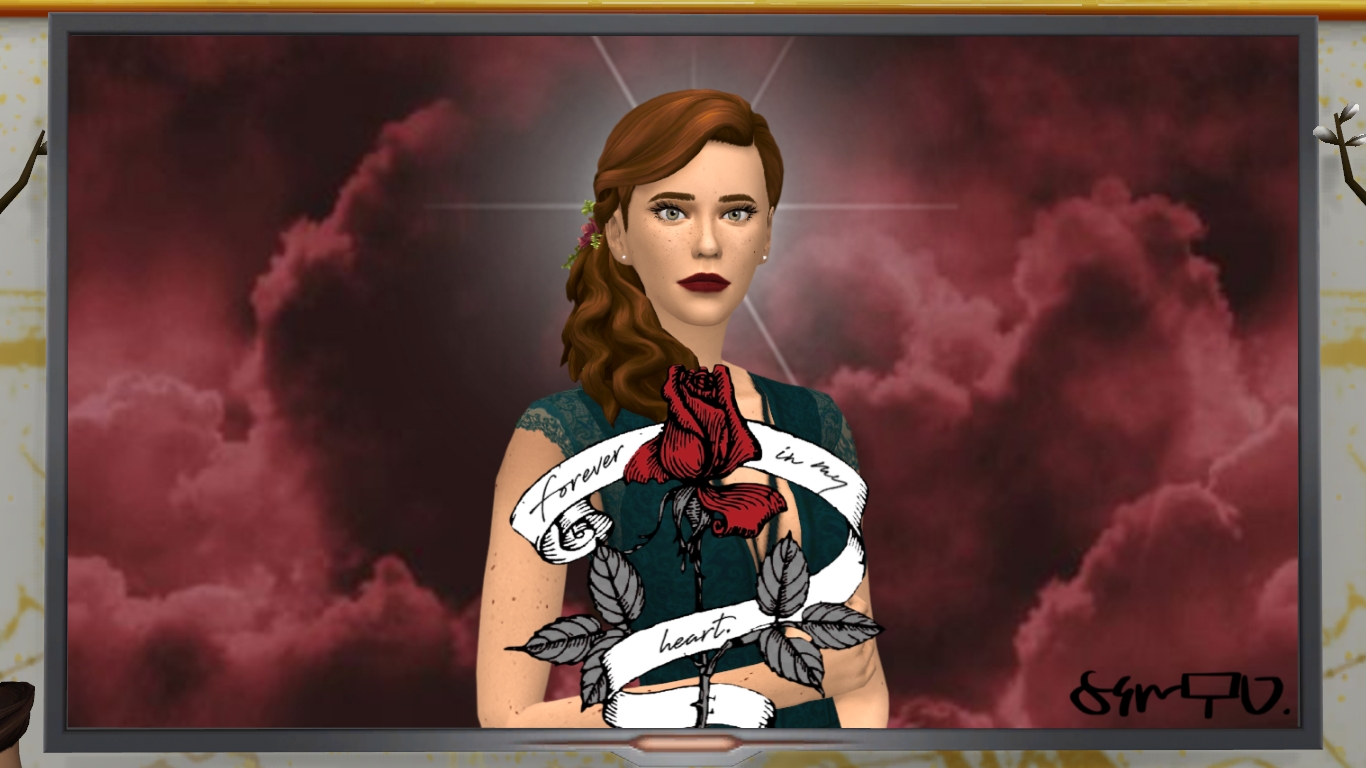 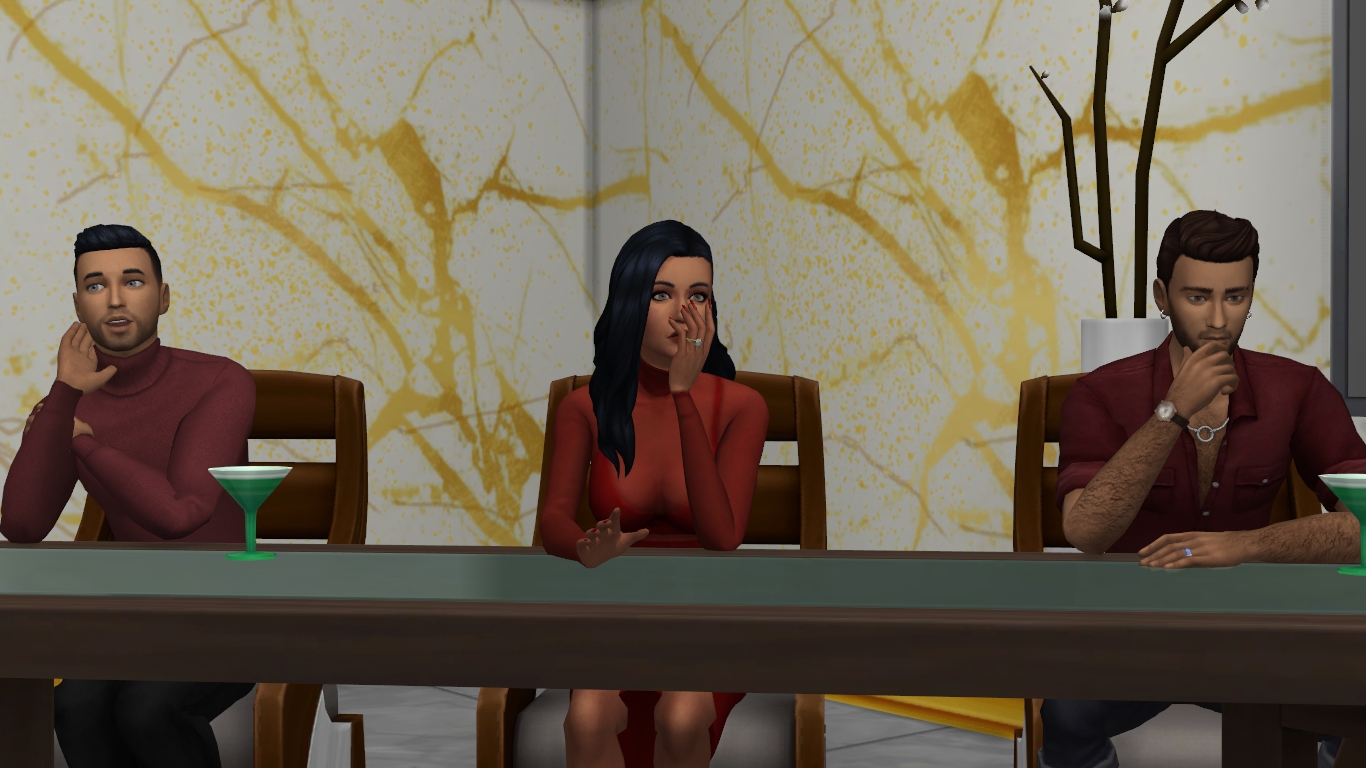 ajmkv: Oh, wow. Marjan, that was excellent! I’m not sure exactly what I expected from you, but it sure wasn’t this! Wow! Let’s hear from our guest judges first. 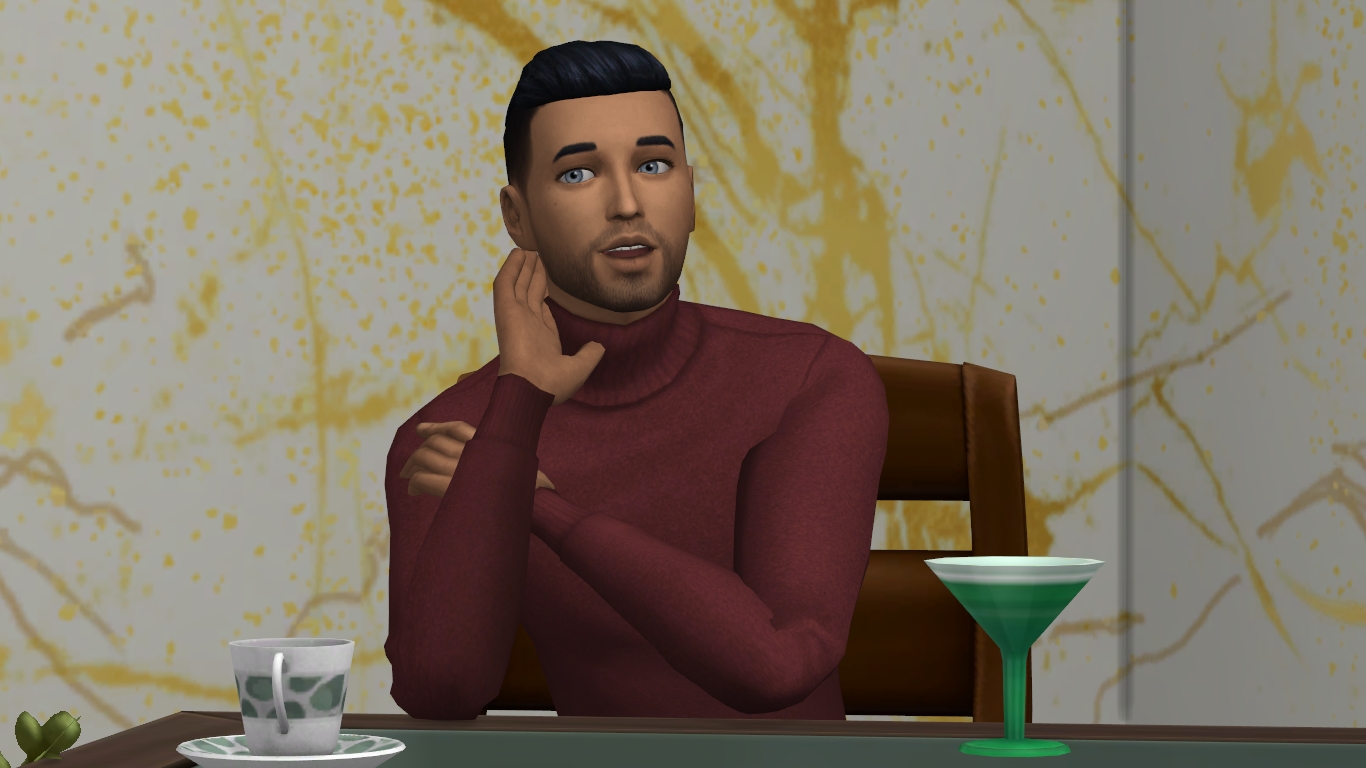 Hudson: Marjan, this was fantastic! I loved everything about it. The setting, the characters, the dialogue… everything! Did you write this yourself?

Marjan: You could say I did, yes.

Hudson: I love it! I enjoyed seeing Aurora on this, I always liked her when she was on last season of K&GI with me. Also, Cielo? Didn’t she guest on an episode of this season a while back? Anyway, it’s so refreshing to see a pilot that’s not a reality show. The story you’ve written here is also very interesting. I cannot wait to tune into the next episode, whenever we get it! Amazing job, Marjan! 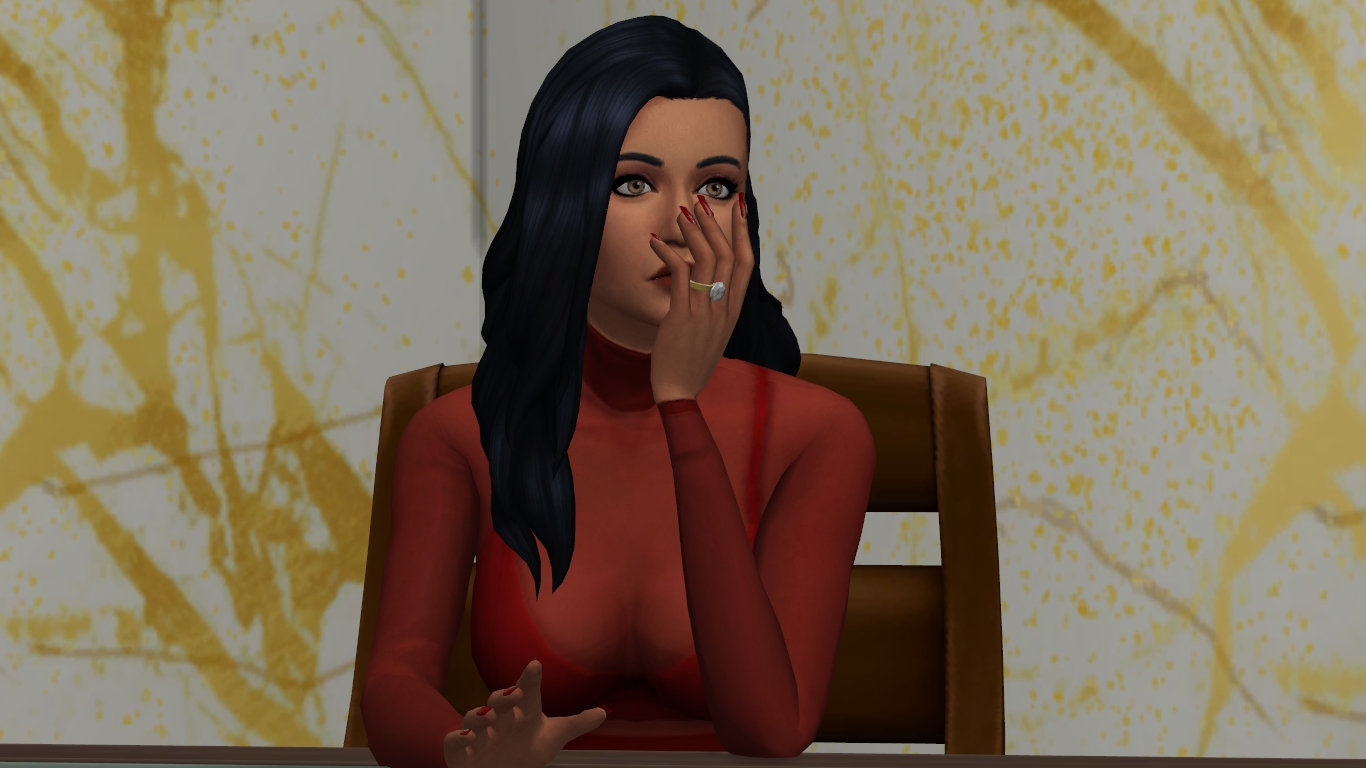 Bella: Marjan, this is exquisite. Everyone else, take notes because THIS is what I’m looking for when searching for new and exciting programming for SimTV. I think Hudson really said it all, but I have to add that the intrigue of just this one episode has got me thirsting for more. This is like the best mystery shows with a little touch of The Vampire Journals to toss in a nice aesthetic. Every character is interesting, and I especially loved the bait-and-switch you pulled on us with your reveal of the child. And your voiceover narration! You’ve really nailed the emotion. It was excellent, almost as if you actually lived through this. 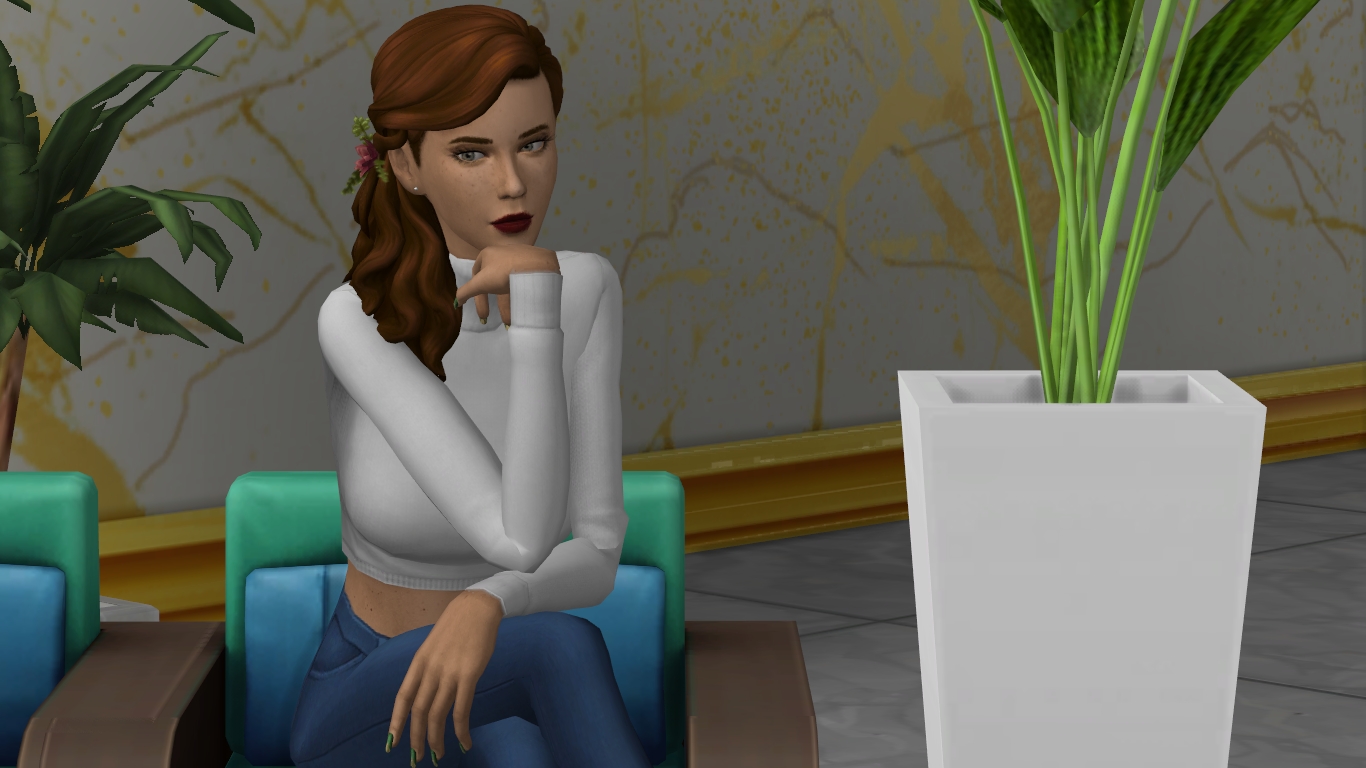 Bella: *laughs* See what I mean, everyone? Marjan is selling this to me! This is how you get the Goth seal of approval! Sell us the fantasy! 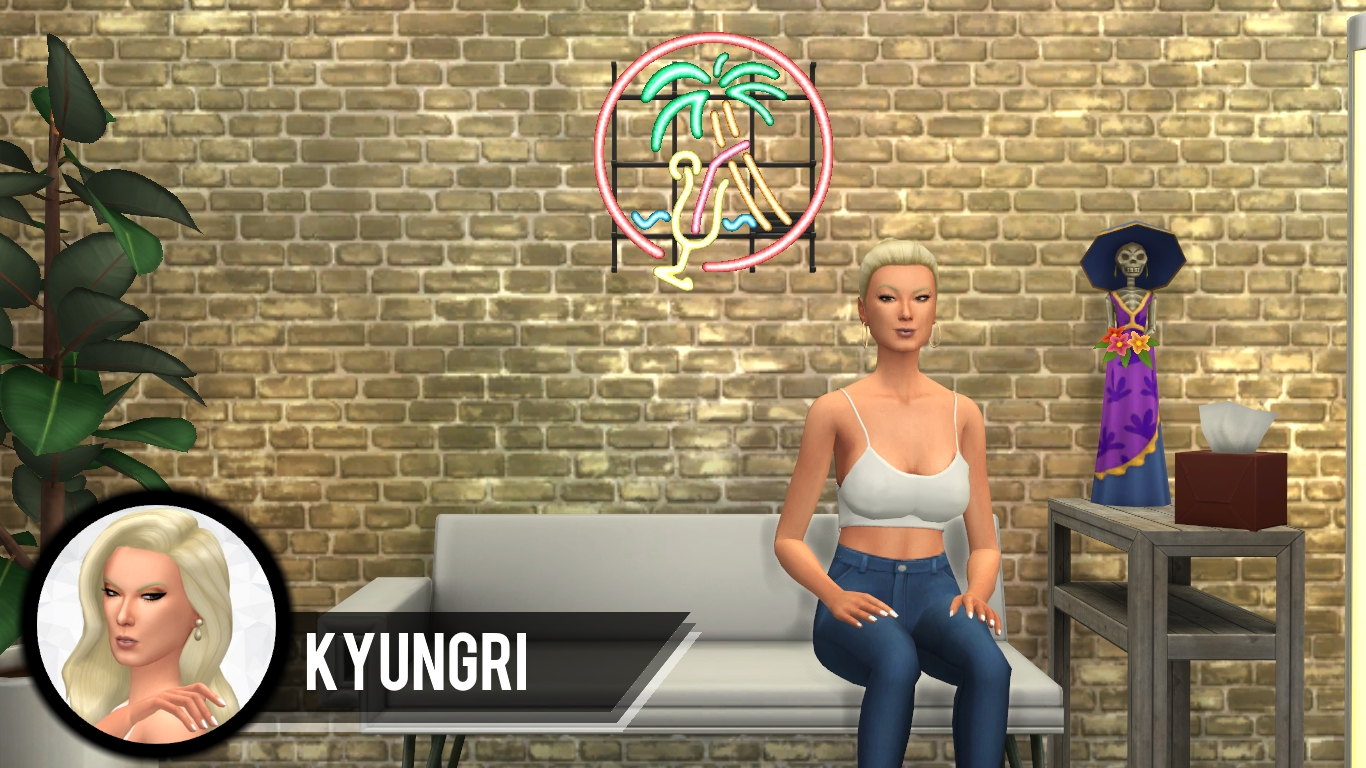 Kyungri: Hmm… I don’t think Marjan is joking… but what does this mean? Could her show’s events be real? 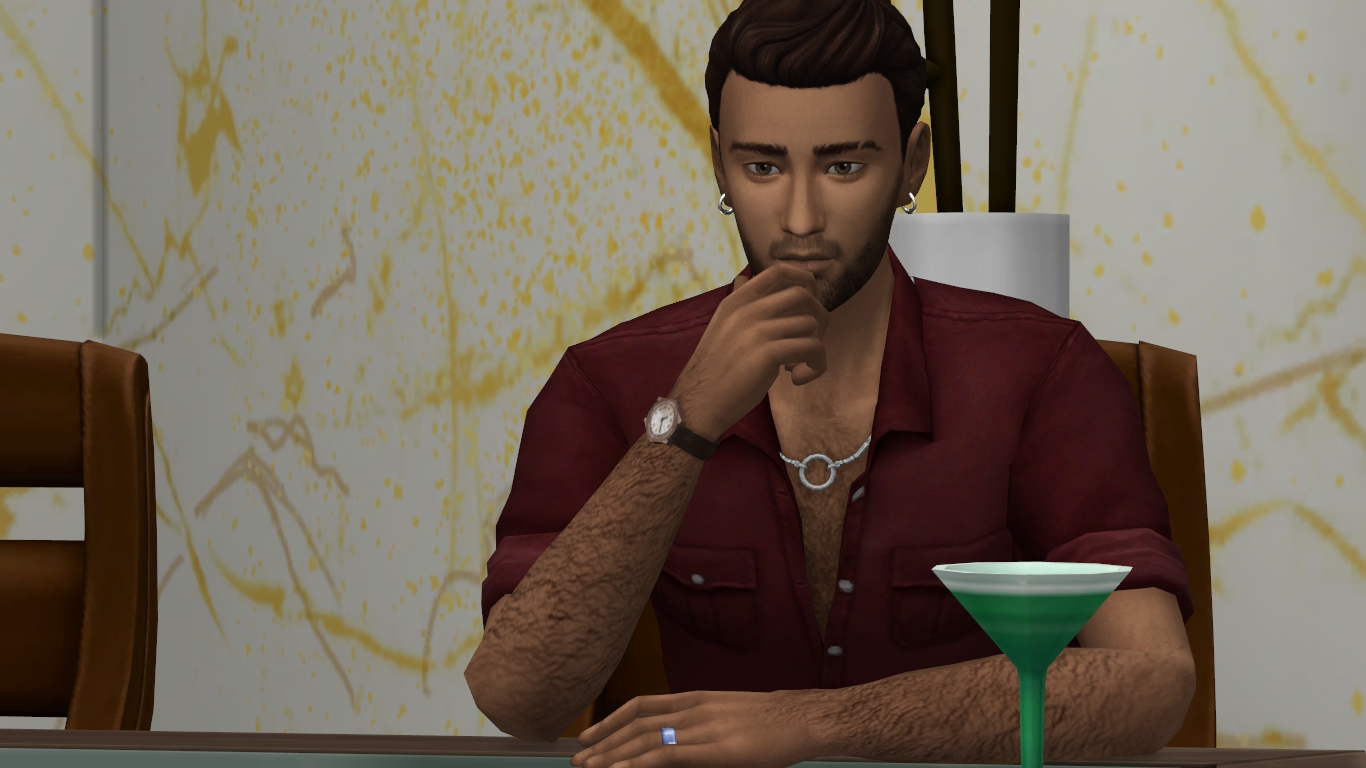 ajmkv: Marjan, I have to ask. IS this a fictional drama?

Marjan: Hey, I’ve said what I need to say and it’s up to you whether you believe it or not.

ajmkv: I just feel like this answers a lot of questions… not that I’m prying or anything, but I can’t help but re-evaluate a lot of the things you’ve said and done during your time on the competition here if this is actually real. I mean, you’ve used your real name and I know for sure that Aurora and Cielo are real people… are Adrián and Antonio?

Marjan: Listen, ajmkv. Reality is a lot more difficult to truly express. But if this is real, does it matter? Why should you care?

ajmkv: No, but I do care! When it comes to your pilot, I feel like you’ve masterfully toed the line between reality and fiction, and I’m still unsure of what to believe. But what I DO know is that this is a fantastic episode of television! Your storytelling is wonderful, I did NOT expect you to be a mother. ARE you a mother?? I mean, I have so many questions! What happens to Antonio? Do you and Adrián manage to escape? What is Aurora being forced to do? What is Cielo’s role in her family? What does her family do? UGH, this is just so good. I would definitely continue watch this show!

ajmkv: I could go on and on and on about this show, it’s THAT good, but I think we should wrap this judging up because I’m sure you all want to get some rest after this. I’m going to consult with the judges to see which show was our favorite. One of you is going to be safe from elimination; since one of the prizes is a television show, we need to make sure that our favorite is still in the running during the finale! 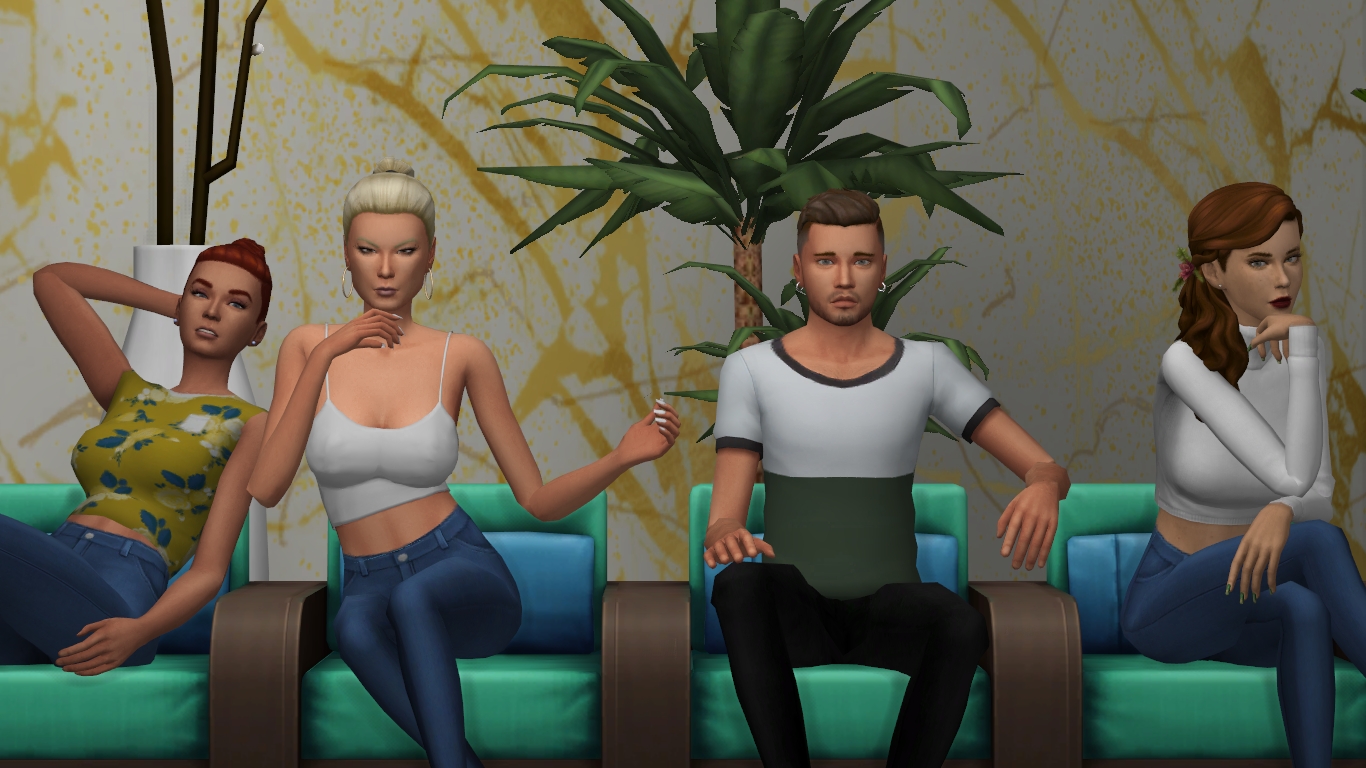 While the judges discuss, the contestants sit in their chairs, wondering about what they just saw. Marjan is almost completely closed off, her usual spark nowhere to be seen. Harrison awkwardly tries to talk to her, but she’s not saying anything anymore. Kyungri and Louise are in shock, but they can see that Marjan isn’t open to talking, and so they make awkward jokes about their own pilots to each other in order to break the tension. They quiet down when they see that the judges have come to a decision.

ajmkv: OK, everyone! We’ve made a decision about which pilot was our favorite. Let’s hear from Bella who we’ve chosen to move on in the competition. 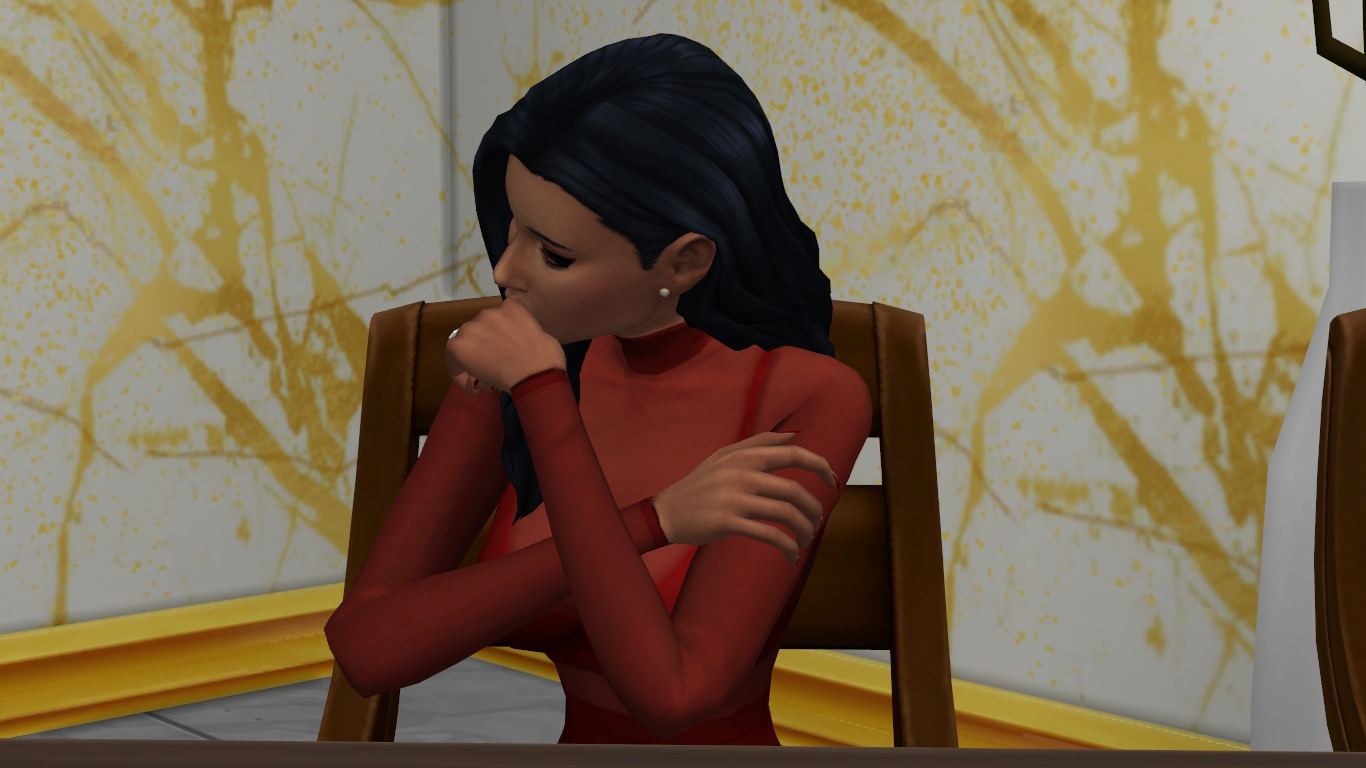 Bella: Listen. I know I’ve been harsh, but that’s what I have to be in order to curate a television channel that only has the highest quality of programming. Truthfully, I enjoyed each of your shows, but I need to be more objective about what could have some success if airing in a prime time slot. You’re all wonderful in your own ways, and I can see why each of you has reached the Top 4. The other judges and I have chosen our favorite pilot, and the contestant we have chosen will directly move on to the finale. On behalf of SimTV, I’m really, truly thrilled to announce that this person is…

ajmkv: Marjan, congratulations! Your television pilot was our favorite and you have won the challenge. For the first time in the competition, you’re at the top of the pack! And not a moment too late, as your stunning success allows you to move on to the finale. I’m so proud of you! 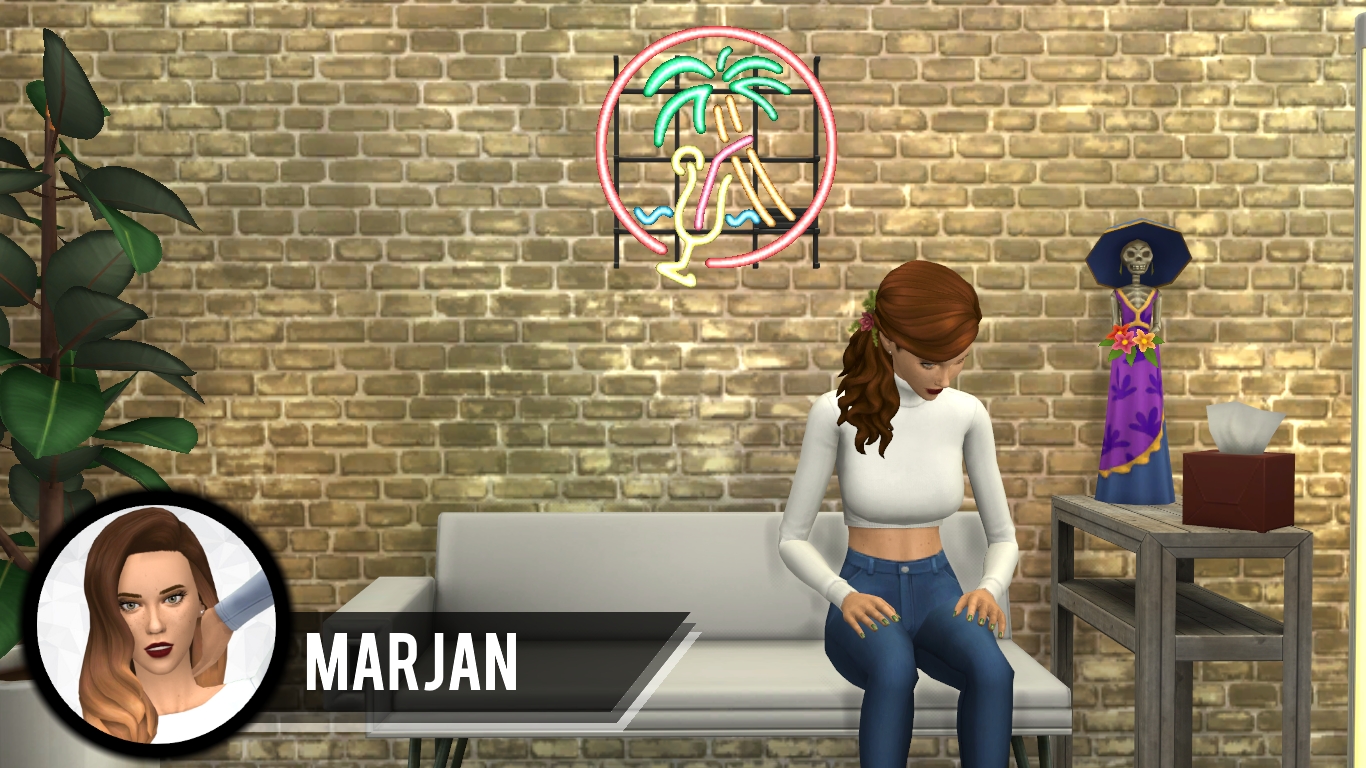 Marjan: Yes, I’ve won this challenge. But at what cost? I just hope that I haven’t broken any sort of rule in the agreement… I mean, I’m making the finale and possibly winning, isn’t that supposed to be the objective?… Mama’s coming, turtle…

ajmkv: As for the rest of you… you’re all up for elimination. Your fate is in the hands of the fans now! Let’s hope your pilots have convinced them to pick you… 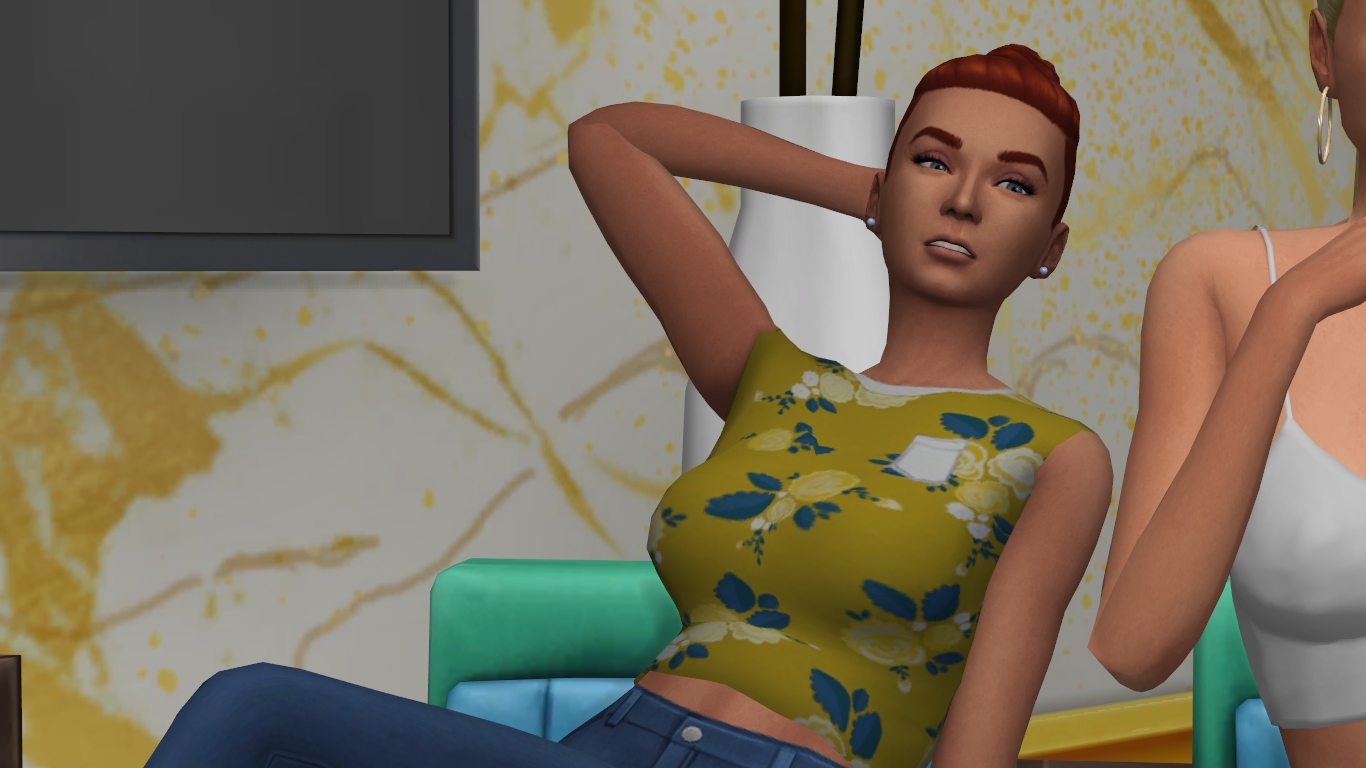 Louise: *voiceover* We all sat there in a kind of stunned silence. Not because we were disappointed about not winning, but because, damn, Marjan didn’t even cheer or toss in one of her usual silly remarks. You could cut the tension with a butter knife! ajmkv and the other judges just kind of left without really saying much, I think they’re feeling uncomfortable… 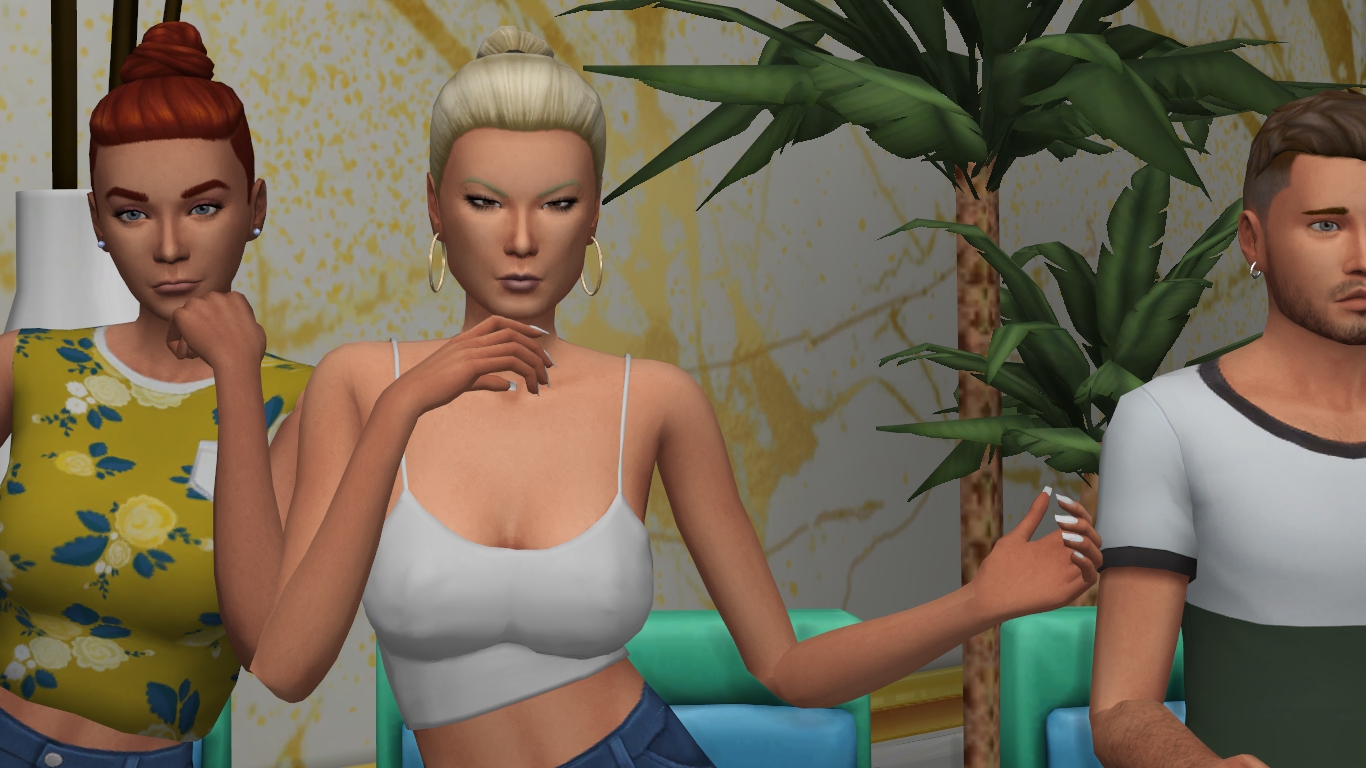 Kyungri: Marjan, are you OK?

Louise: Yeah, how are you feeling?

Kyungri: Would you like some space? *Marjan quietly nods* Oh, all right. Er, Louise, Harrison, we should go.

The three get up and walk off the set, looking back with concerned looks on their faces. Marjan moves to the floor, burying her head in her arms. Kyungri, Louise, and Harrison are alarmed but they give Marjan some time to herself. 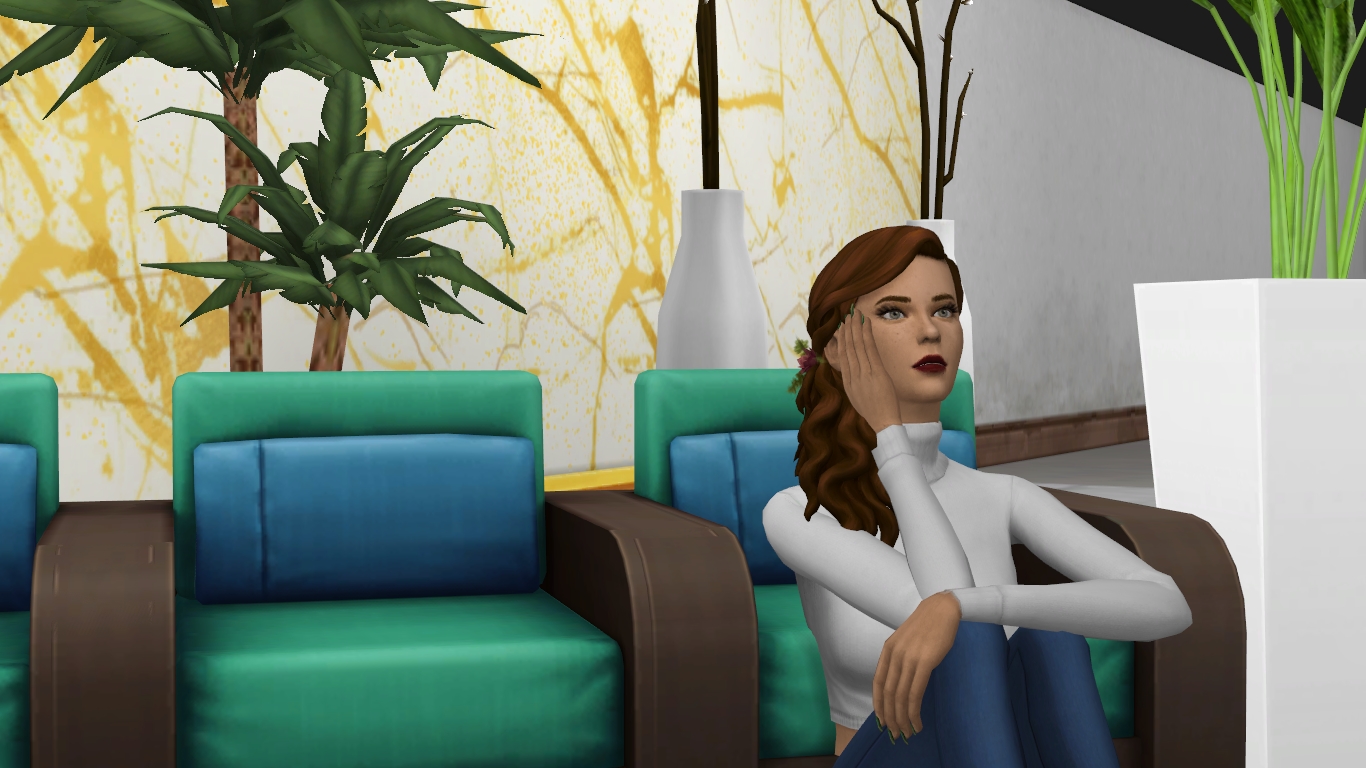 After they’re gone, Marjan looks up and stares at the ceiling. She stays like this for a long time. 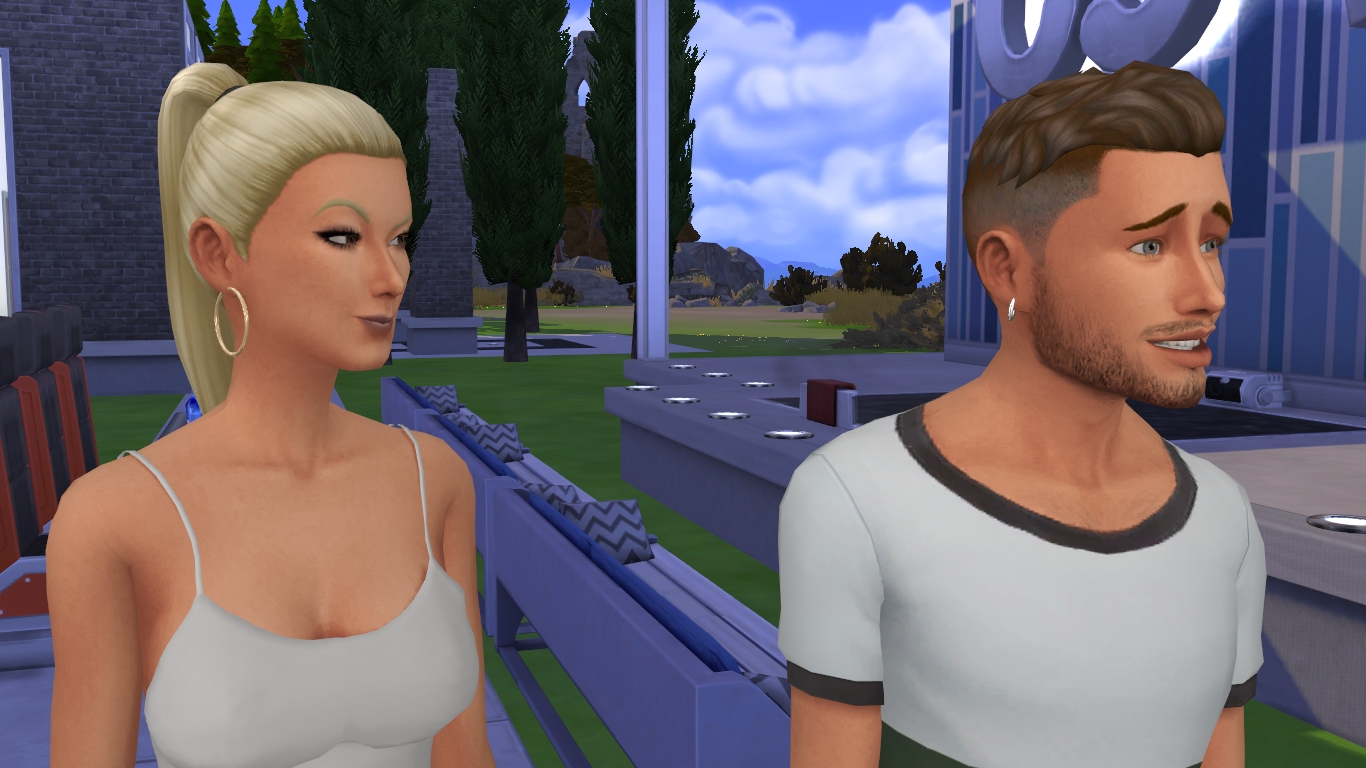 Kyungri: Do you think any of that was real?

Harrison: I dunno… there are too many details in her pilot that make me second-guess everything she’s said and done in the competition.

Louise: Do you think this explains why she was so angry to be paired with Cielo in the wilderness challenge?

Kyungri: I’ve also had some strange conversations with Marjan where I got the impression that she was being watched… omona, this is all getting a little too shady for me. I did not sign up for this!

Marjan comes out of the K&GI house and sees her housemates standing there with guilty looks on their faces. She gives them a small smile, feeling tired, and she goes up to the stage, where she again sits and rests her head on her knees. 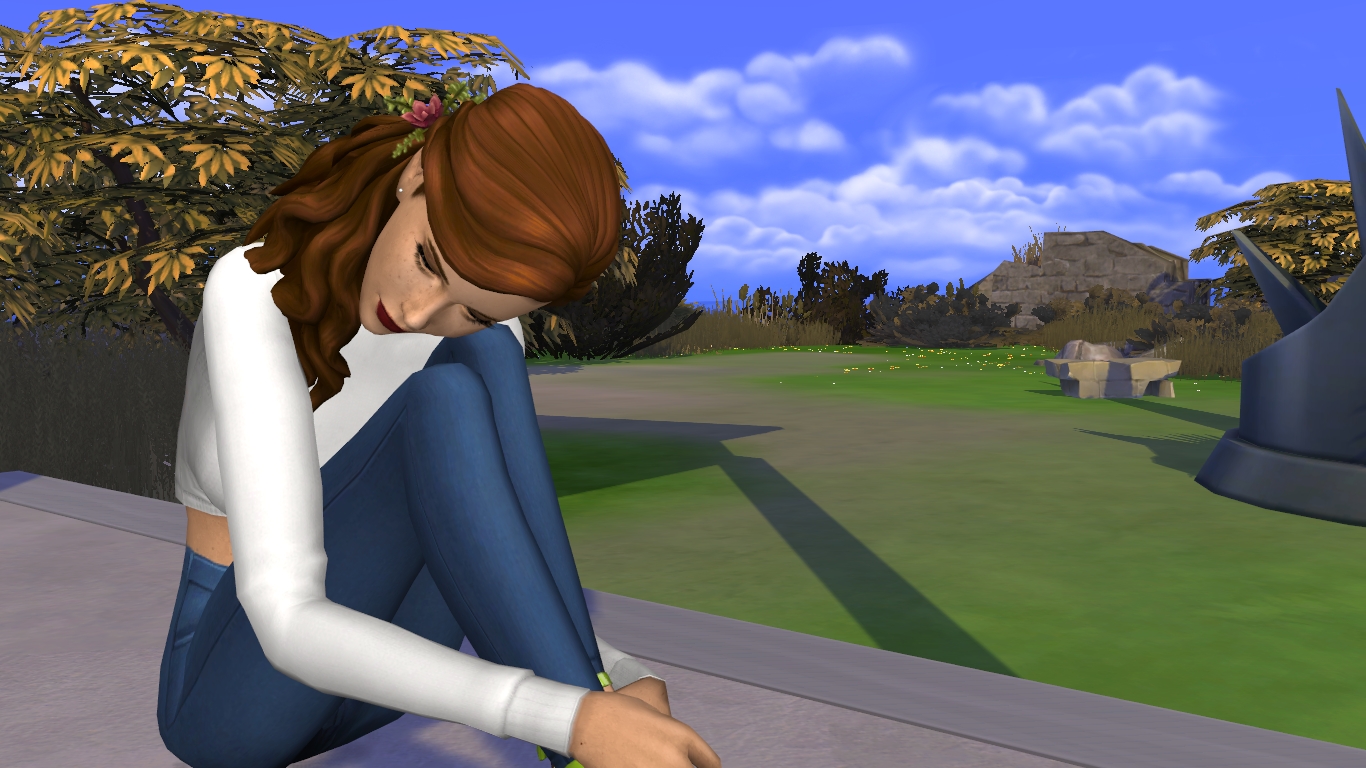 The other contestants are concerned and call out to her. She doesn’t answer any of them, and she stares at a little ant running around her feet. Kyungri, Louise, and Harrison decide to leave her alone again, and they go inside the house to prepare some dinner for her. They’re worried.

Marjan stays outside. She sits in the same position for a long time. She doesn’t move until the sun has gone down and she’s sitting in the dark. 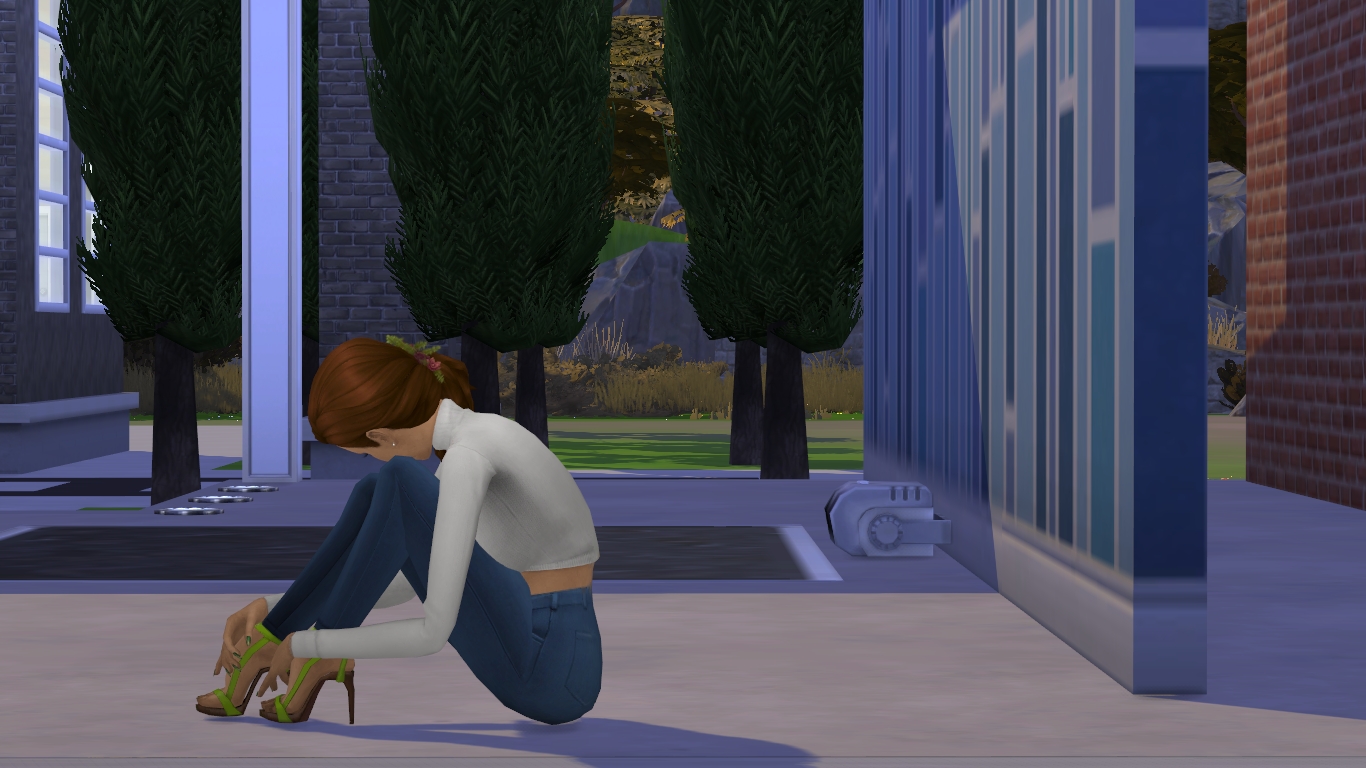 And that’s it! The contestants have revealed their pilots and Marjan was chosen as the winner and is moving on to the finale. It’s been an interesting week on Kev & Get It, and now it’s up to you! Who do you want to see join Marjan as the Top 3 of this season? Will you pick the adorable and kind Harrison? The headstrong and sensitive Louise? Or the determined but protective Kyungri? Make sure to take their pilots into account as well as their stories throughout the season, and pick your favorite to reach the finale!